Three days ago the house was this far. Some of bedroom interior walls in place and soffits all finished. 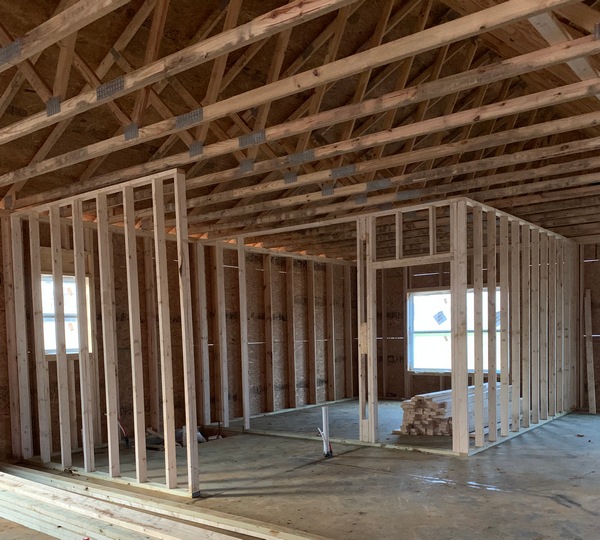 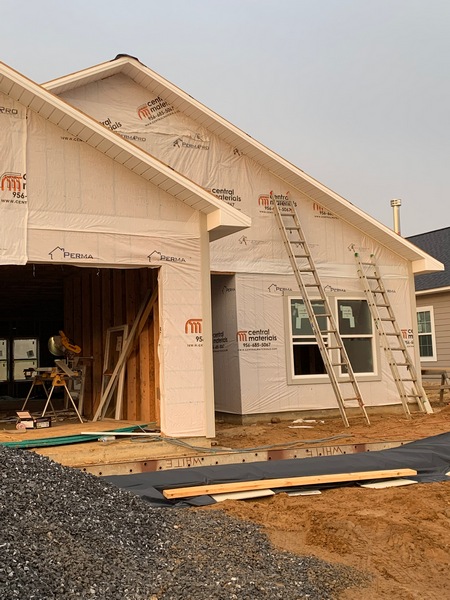 So rather than go back on Friday i drew what I had photographed into the Riverwalk Sketchbook. 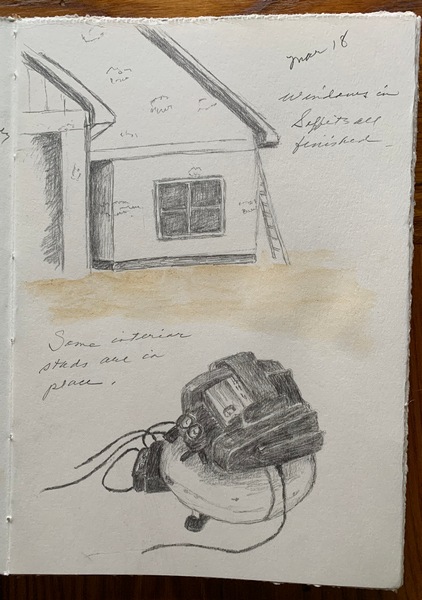 I also added a floor plan to the book. And it was then that I realized I still had too much furniture. So my office furniture that I have now will go north to Amy. I need a more practical desk and shelf unit for the limited space in the new den. I also rearranged where the living room furniture will go in the next place….a more open view through the house. And making the studio side of the garage more practical.

These are back from the framers and are still going to hang over the mantle.

I added another bird….a goldfinch. 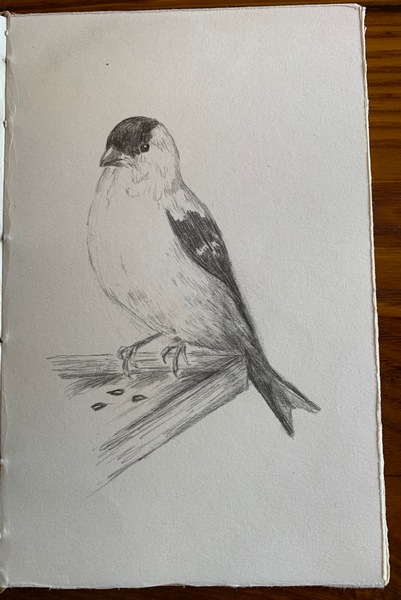 Plus I treated myself to this cookbook. Anything with an “ish” at the end is where I am at. 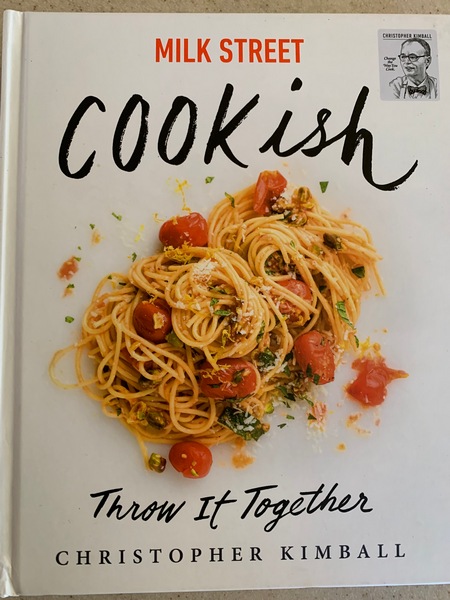 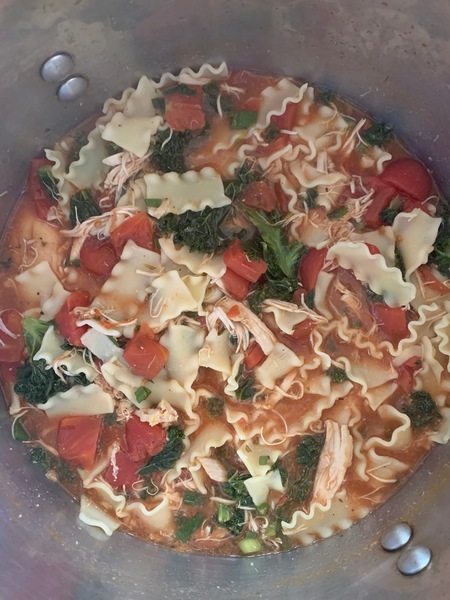 And this beauty I did not make but got as a take out….lobster in red pepper bisque. Really beautiful and tasty. 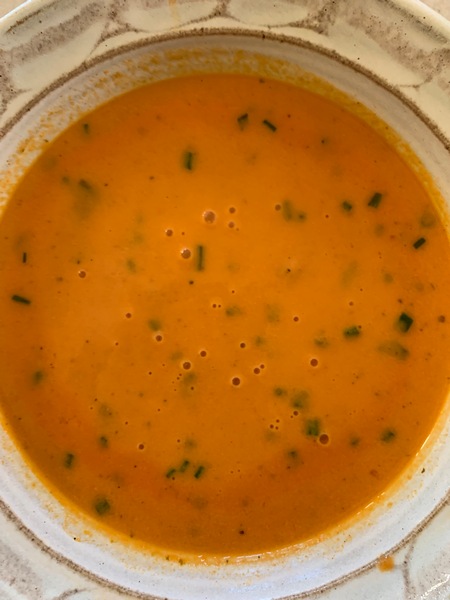 And just a few minutes ago I took this quiche out of the oven. 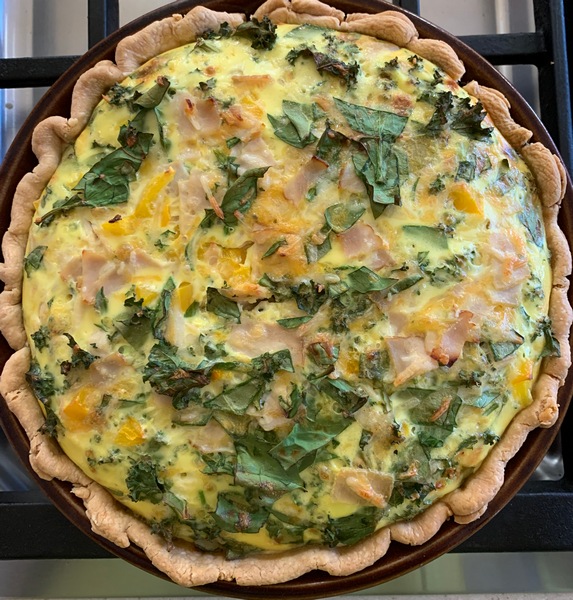 It was a good place to put overly-salty deli turkey and loads of kale, spinach, yellow peppers and cheeses. All thrown together as the book suggests.

Yesterday I cut sheets of 140 lb Arches to draw Burke and Wills illustrations. I was thinking a 6 1/2″ square would be nice, so marked them all off to that measurement. Then took the corner one with the watermark on it to test using colored pencils with the graphite. 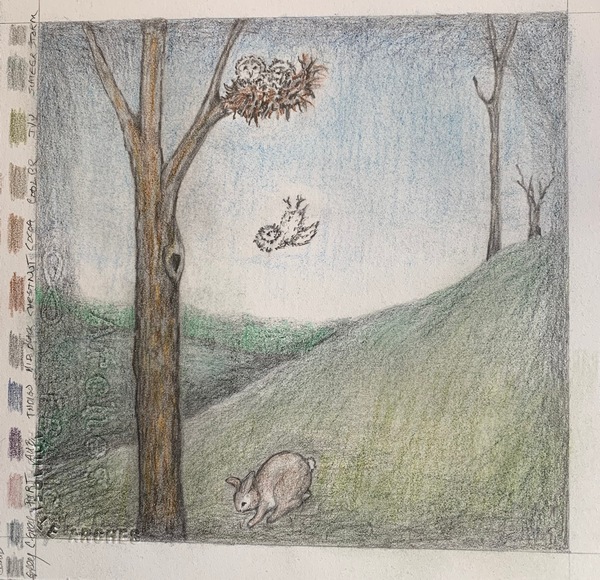 I used the graphite tinted Prismacolor pencils and then added more color with the regular Prismacolor pencils. Today I am going to try doing one using watercolor with light graphite drawings. This just seems too blurry. But I need to get on with making a decision on how to proceed. (I love that last sentence and how it reads as an impossibility.)

And finally, the comforting eyes of affectionate cats. 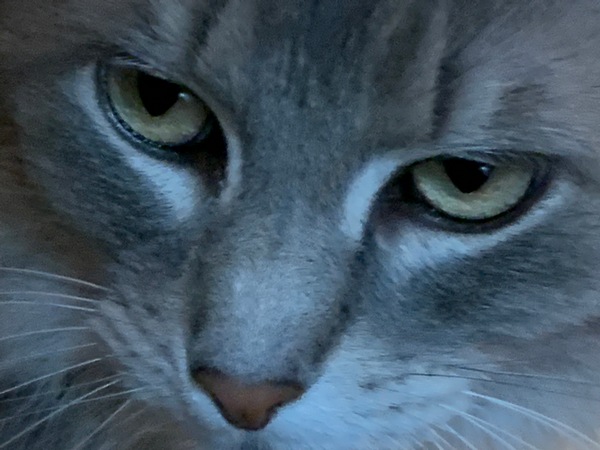 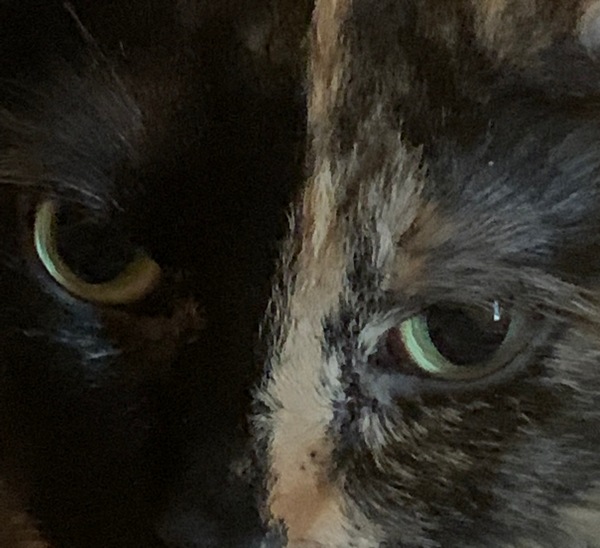 They make me feel better when I get a bit down and we all think extra treats are in order.

Baking cookies later today and then stop cooking for awhile.

I talked to the builder a few days ago and he thinks in a few weeks he will be able to say when I can be in the house. I am trying to decide if I want a back splash on the kitchen walls between counter and cupboard. The sink is on a separate island so it would just be for whatever I am splattering about while mixing. I am leaning toward just leave the wall like the rest. I like hanging small artworks between counters and cupboards and that would be difficult with tile or granite like the counters.

Silly really, wondering about things like this when there is such brutality in the world right now. If you haven’t already done so, I hope you will support the Ukrainians as best you can. Heartbreaking to watch, but at least it has toned down the whingers in this country.