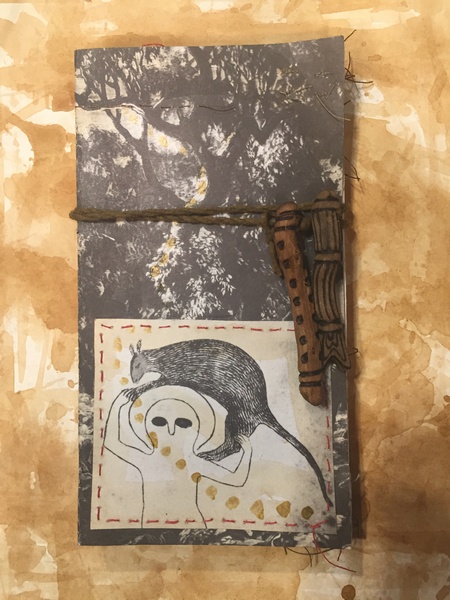 Here is the finished book with its wrap tie. I got to use the last two small pieces of wood patterned by Toni Rogers in Queensland.  All threads used in the book came from Australia.

And besides using Australian tea to color the pages and shellac that I bought in Australia, I used my little geometry set bought in Brisbane many years ago to make circles, etc. Even my needles came from Richmond, Tasmania. 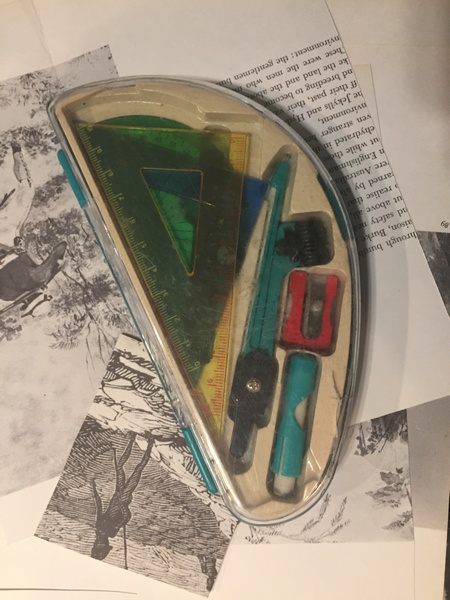 The images were harvested from this book. 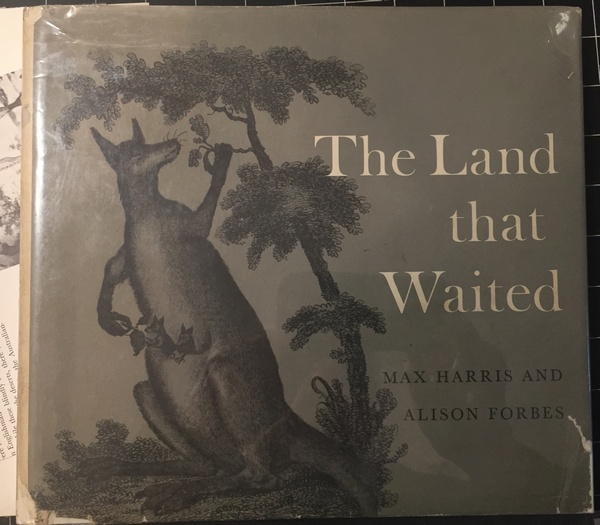 There is something magic and charming and educational about all the pictures used in this book to tell a bit about the settling of Australia.

I used a coptic binding for the folios and spacers in the book. 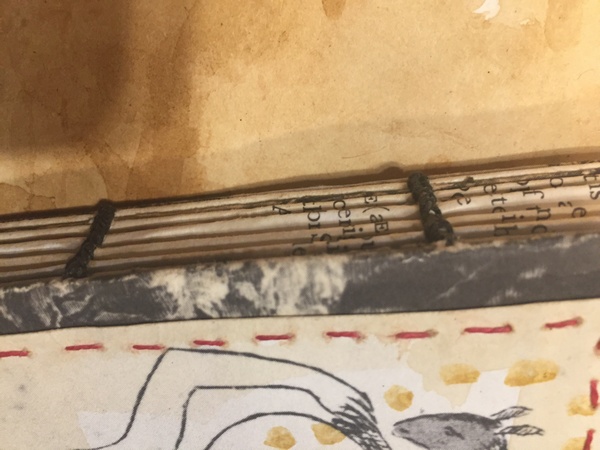 And after I got all the folios shellacked, tea dyed and stitched I put them into some sort of order of settling the land.

I realized that I wanted it a bit thicker and had this picture of four surveyors/telegraph workers sitting there. The reason it sat there was because it is my romantic idea of what a true Australian male looks like. In fact several years ago while teaching in the Northern Territory the assistant to the Craft Alliance there introduced me to her husband. She knew I would like him because he had this look of pure Australian bloke. When she finished work that week he was going to take her on trip around the perimeter of the continent on his motorcycle. He had that truly capable look about him and had me grinning in his company. Any one of the men below could have been related.

Anyway aside from all that, these men in the picture and two more random images became the in between two-folio signatures to make the book larger and eliminate seeing the empty space between those folios. 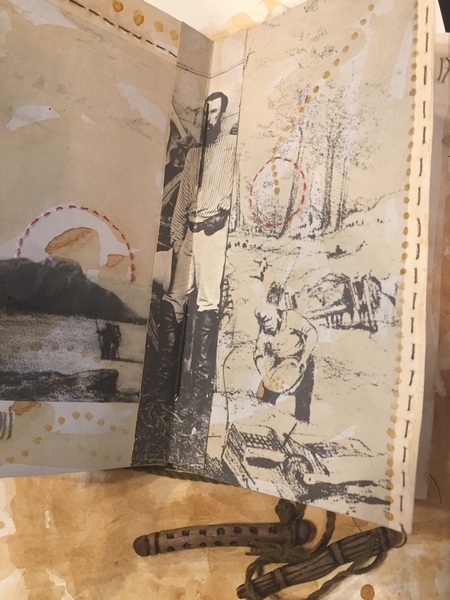 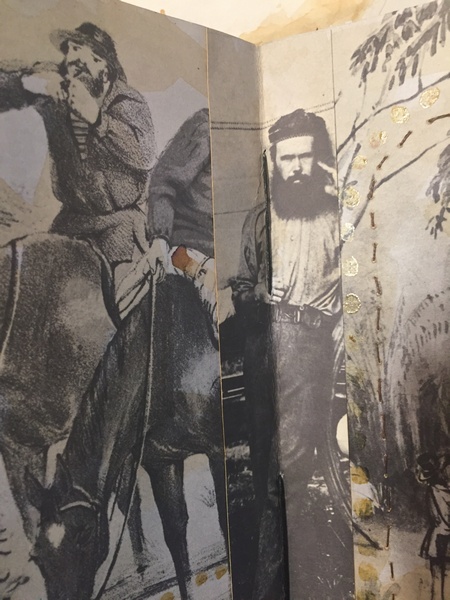 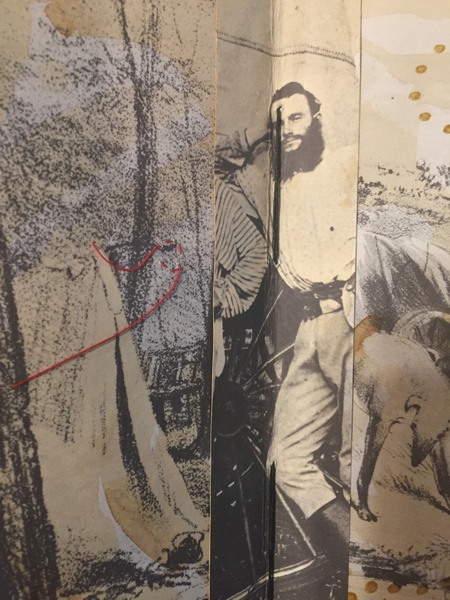 I liked how they inserted themselves into the other images and the country. It might matter that I listened to Lyle Lovett music while I put these boys into the book.

There are other images, lots of other ones of people settling into the country, displacing the aboriginal culture.  And kangaroos. 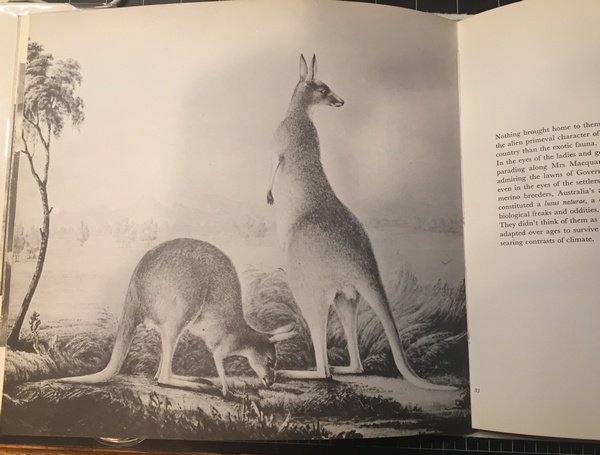 And the convicts….all accused of one of the nineteen crimes that got them deported to the other side of the world. 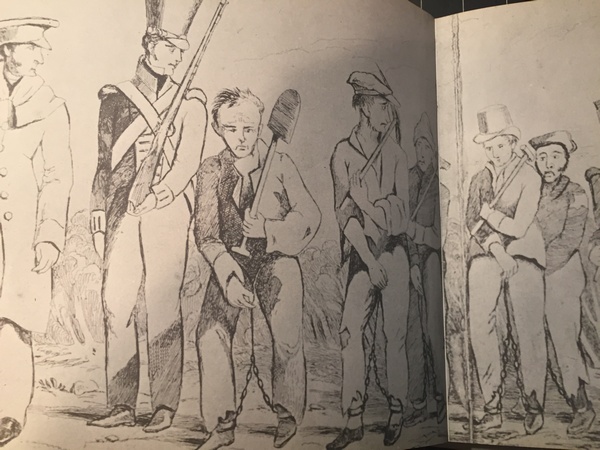 I will stop here and maybe figure that I have enough samples and books that involve the stitch. There are only four in the class so far and I have no idea until I start teaching where each of their interests lie.

It will be my last class taught for John C Campbell Folk School here in Brasstown, NC. Thirty years and six months is quite enough. I look forward to really enjoying this last one and hope the students do as well.

Til next week when I can show pretty outside pictures again.