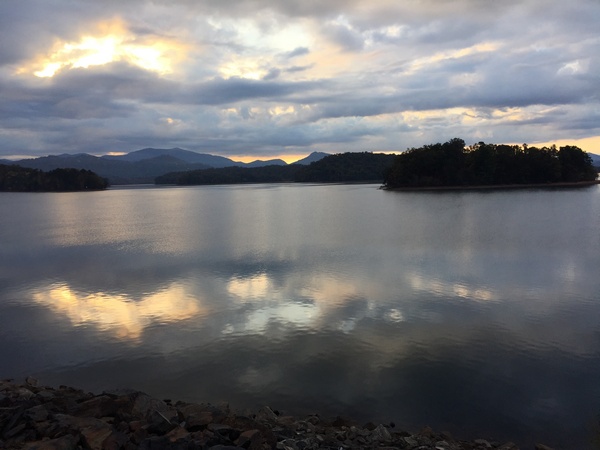 This morning at the dam….just missed getting a blue heron in this picture.

Still working on the Responsibility Hands. One finished and another about half way. 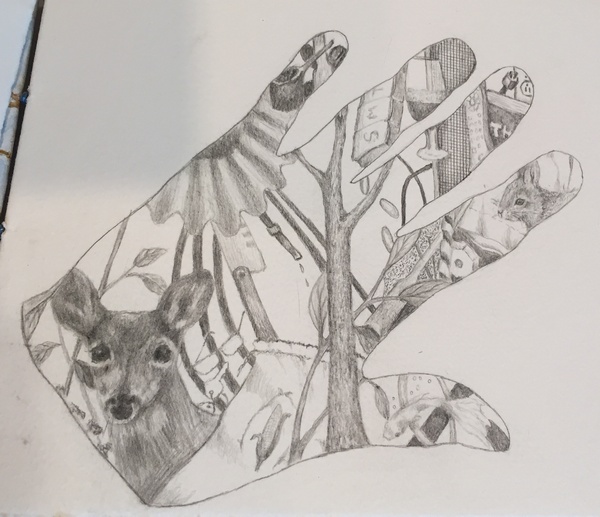 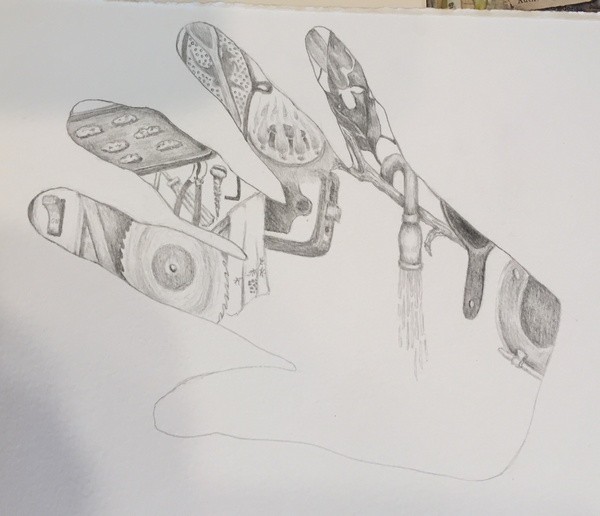 The reason those fingers on the right hand are a bit crooked is a lifetime of abuse. Another thing I did these past few days was cover rocks with rawhide and kangaroo hide.

My friend, Gian, is a brilliant book binder and when I showed him the two rocks I bought from Shanna Leino he told me if I had a smooth rock he had the rawhide and could show me how to do it.

Here is our first attempt. 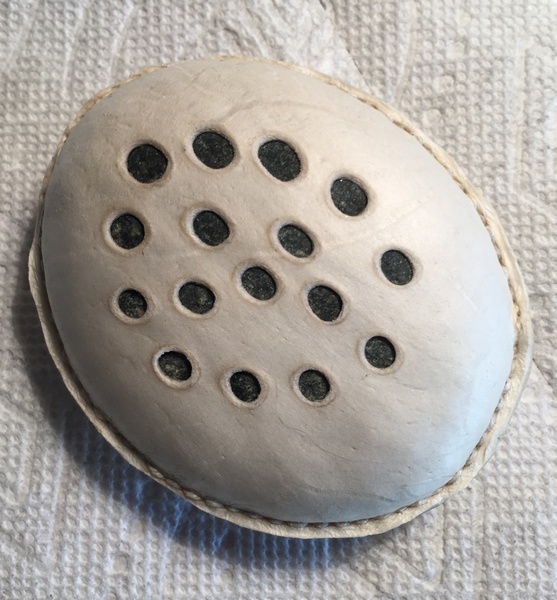 I drilled the holes for stitching too close in and when trying to close up the end I could not make the two pieces meet. So this happened and a bit of PVA and clamps helped seal the seam before sanding. 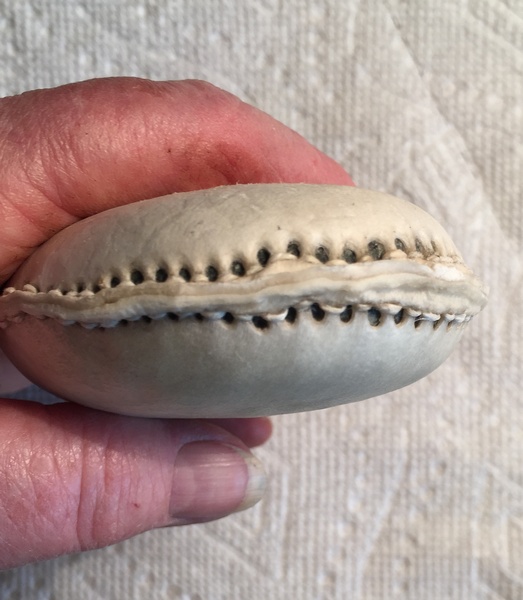 It was a great experience and very hard on the hands. Since Gian is leaving this weekend to go home to Canada I thought I would try again with the scrap of leather he left here in the studio. 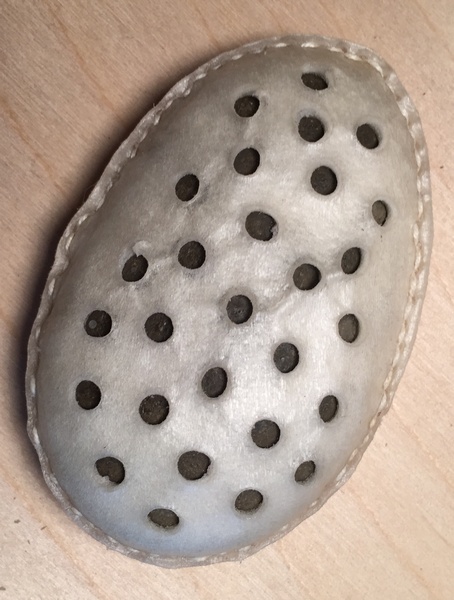 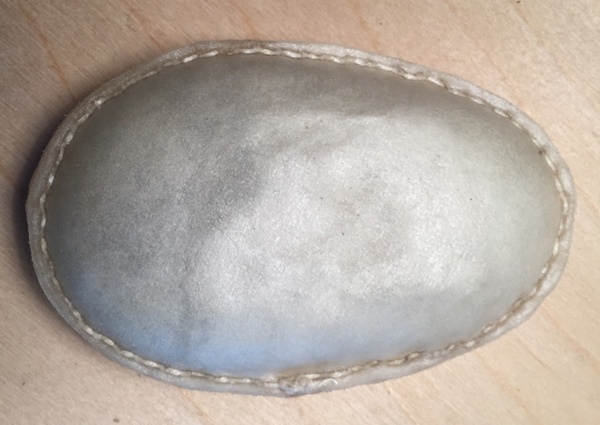 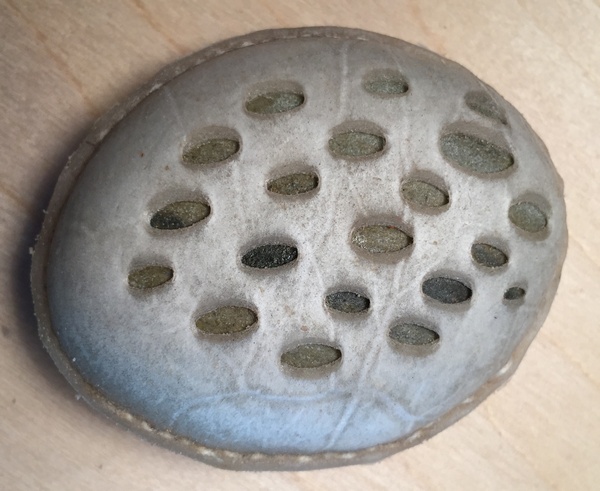 These last two are still wet. But the one above had puckers in the back, the slits I made did not open and it was way too lose on the rock. I was over-correcting for the mistakes on the first one done with Gian’s supervision.

I was just about ready to cut the parchment-type leather off when it occurred to me that I would lose nothing if I put it in a boiling water with more of the corn paste that it takes to make the leather pliable. It shrunk down in no time and my slits opened into the elongated holes.

Here are the three of the rawhide covered rocks. 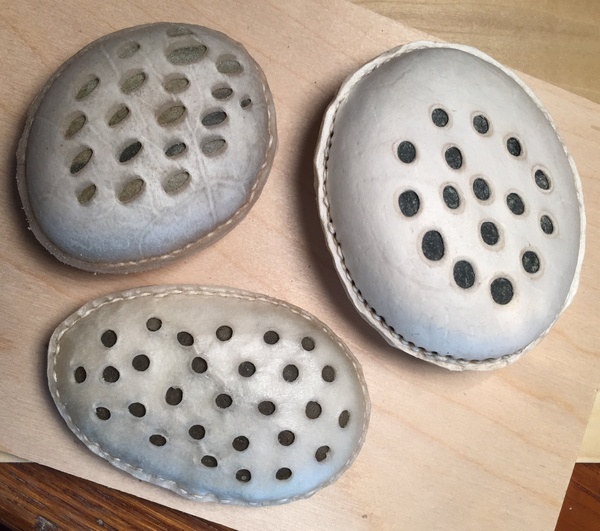 The two on the left will dry out as white as the one on the right. They feel wonderful in the hand.

Then I had a larger flat rock from a stream near here. I used up a couple of dremel tools making the pattern and then decided to use my last scrap of kangaroo hide to do one like Shanna Leino’s etched stone.

Here it is after being put in the pot, trimmed, sanded, waxed and buffed. 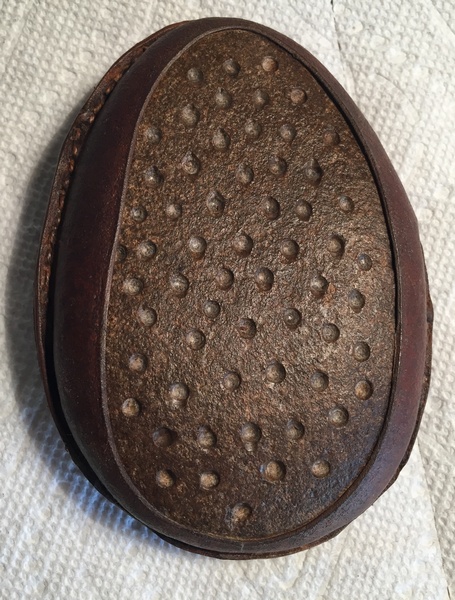 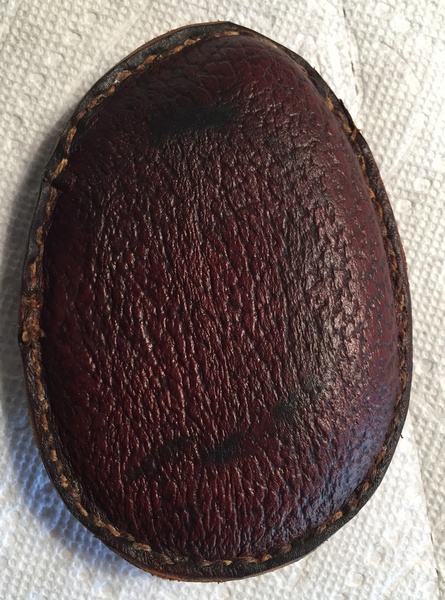 My hands are very sore from doing this. The leather needs to be massaged forever with corn paste until it stretches. Holes have to be drilled…luckily I have a drill press in my studio. Sewing the pieces together halfway and then shoving the rock into place and trying to stitch the rest of the seam together. All of this has to be back stitched and the needle sometimes just does not want to go through. All the time the rock and leather must be kept damp and stretched.

It takes more than overnight to dry completely and then the seam excess has to be trimmed with very sharp scissors and then those seams sanded on the small belt sander next to the drill press, being careful not to get too close to the stitches.

And it all makes a big mess in the studio which has yet to be cleaned up.

I can’t wait to show these to Gian later today when we go over for a farewell scotch.

But this is hard work. My advice is to buy Shanna’s. Hers are so beautiful, I had to buy both of the ones she had left on her site a few months ago. 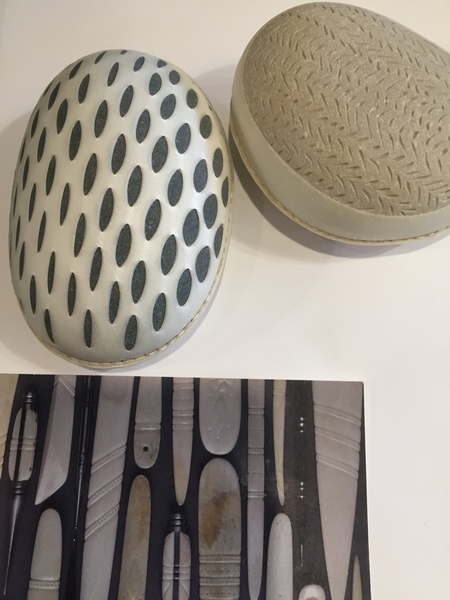 Her rocks are from Lake Michigan and her cover parchment is much thinner than the one I had, but aren’t they just lovely?