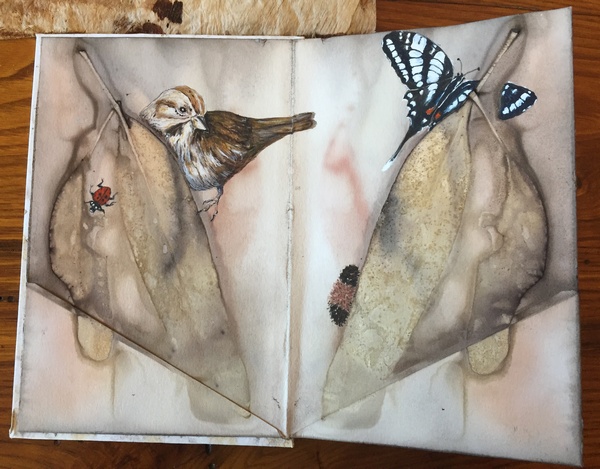 I wanted to add a swallowtail butterfly to the second page. It was not easy to do and I was glad to get to the point of saying, “That’s enough.” 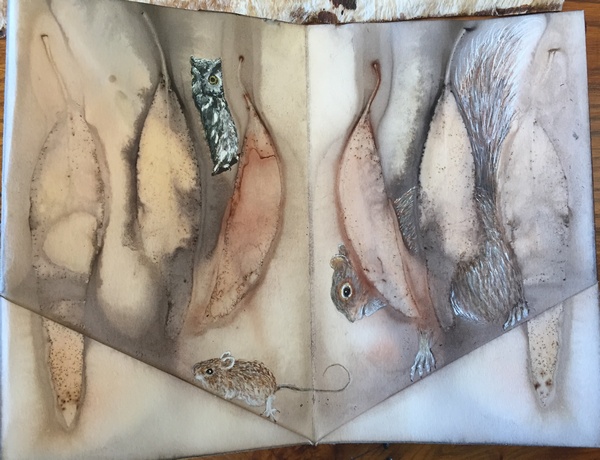 Now I have finished a screech owl (grey phase), little meadow mouse and a large squirrel hiding among the leaves. On the next page I will do the deer standing in the bush and a small chipmunk with maybe another bird to finish off those paired pages.  A Carolina wren was stuck on the porch today and I had to let him out. He would be a good subject. This is really fun.

And a catch up on the drawings a day with haiku.

months with a goblet of wine

that has been heated.

( just now re-reading that, the syntax is off…the wine is heated, not the goblet. I will go back and fix it.)

drinking mug because it soon

hits you in the nose! 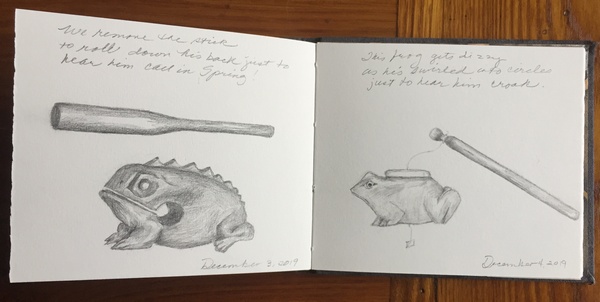 We remove the stick

to roll down his back just to

hear him call in Spring.

The frog gets dizzy

as he’s swirled into circles

just to hear him croak.

It dips into pans

of boiling water to catch

Whack on the corners

of lids that will not open.

Then just unscrew them.

I like looking around the kitchen for pieces to draw. We are spending lots of time there cooking up some soups for now and later. A neighbor has brought over some of the best soups and sauces I have ever had. Now I have some of her recipes. It is nice having someone be that thoughtful. It saves having to think of what to fix for dinner. No one else is doing that for us so it is doubly appreciated.

This past week a woman in the grocery store told me that I looked familiar and asked my name. Then she told me were neighbors and I remembered her. When I first came to Brasstown to teach at the Folk School in 1988 she took my class. She was talking about her grandchildren back then. I told her that she didn’t look old enough for grandchildren and that she looked more like her own children’s babysitter. She laughed at that. I then told her that most Southern women I met are very youthful looking and maybe when she got older, it would all go bad at once. I have to say that these women are charmed. She looks just as good thirty one years later. I don’t know whether it is their Baptist faith, their close families or the water….whatever it is works quite well for them.

Yesterday I had all new tires put on the car. One more thing that I don’t have to worry about if the roads get slippery with winter coming on. Also yesterday the steam mechanism in our sauna shower decided to just turn itself on whenever it wanted. I couldn’t get it to turn off without jamming a hard pair of scissors at what looked like the on/off button. I called the fixit man and he came over, just went to the breaker box and threw the switch over. We didn’t use the steam part of the shower except maybe once or twice. Why it would take it upon itself to just start on its own is beyond me.

Lee used to know how to handle these things. Now I don’t even bother to tell him. It is too confusing for him and he will have thankfully brief thoughts of taking care of the problem. Speaking of which I finished the fourth hand and have outlined another one. 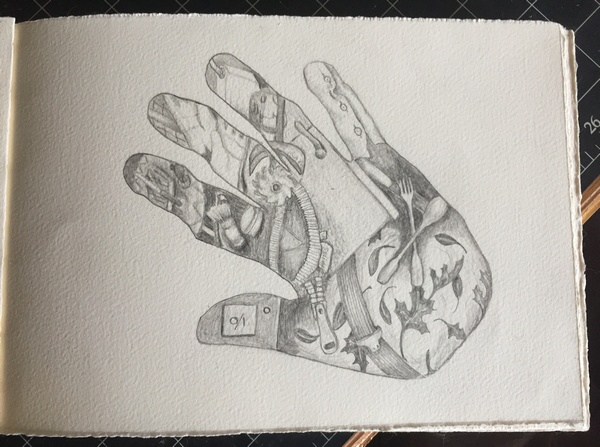 He has trouble with seat belts, can no long figure out how to push the on button to make coffee, mixes up where the silverware goes, can’t work his jacket zipper, misses some buttons at times, needs help with the batteries to the leaf blower, and finally has stopped noticing that the toilet needs flushing. But other than that, things are fine. He loves going out to lunch at the brewery, can strip a rotisserie chicken pretty well, dry dishes if only to stack them on the counter, can take his shower and get dressed while I am at the gym but only if I have laid out his clothes, and is in good spirits most of the time….almost all of the time.

But as you can see I am ready for whatever comes next. 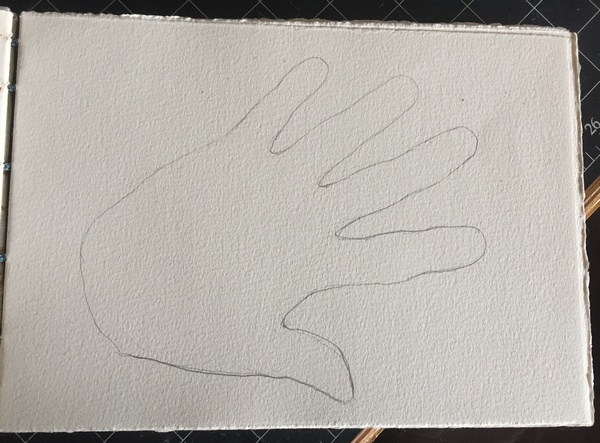