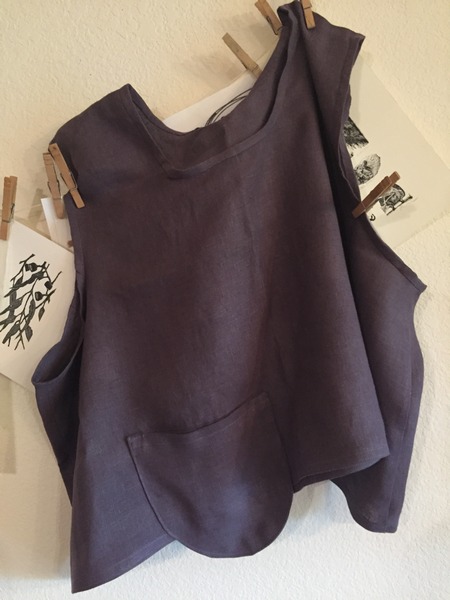 I finished two of these vests. This one is a color called Montana Berries and the other one is the color of my car….what I like to call correctly, “frog belly green.” Ford calls it “lime squeeze”.

I worked from my favorite pattern to make sure I had this as wide and loose as I wanted and even flared the sides just a bit to make it more “swingy”. The pattern was cut from some brown paper that was a table cover for a workshop I taught somewhere close by and couldn’t just throw out. 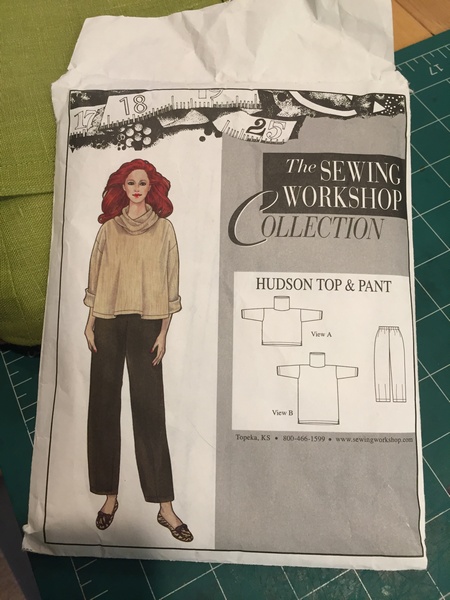 To cut it out of the single yard of linen I folded it with selvage folded back on itself…..across the grain, technically.  That way the front and back of the pattern could be placed on each end of the fold, leaving about 9 inches between the two bottoms. By cutting the shoulder seams on the selvages there was minimum raw seam treatment there.

With the center section that was left, I opened it up to get the three pieces of bias that I needed to finish off the armholes and neck. Granted they are not directly on the bias but enough to fit around the curves. 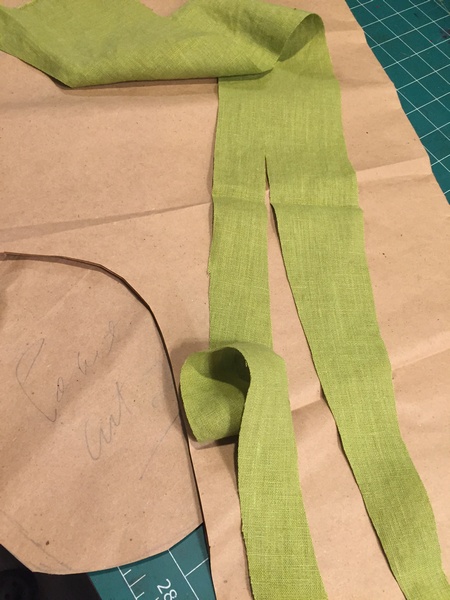 There was enough fabric still double to cut two pockets which was necessary because I wanted the pocket to drop off a bit in the front. It is just handy to have a quick place to drop those keys while loading groceries. 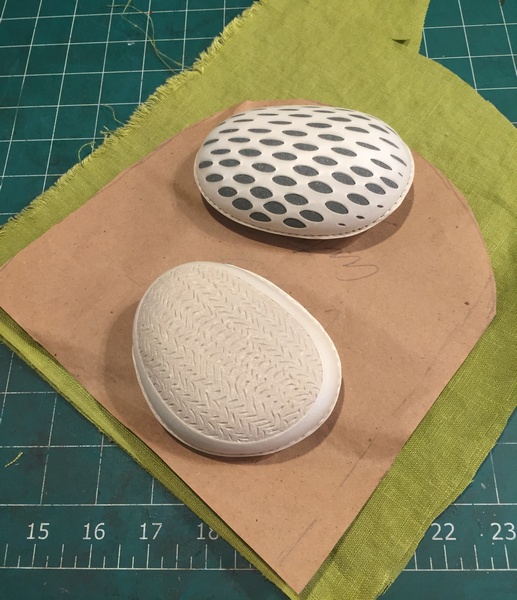 I used Shanna Leino’s beautiful weights to hold the pattern in place while cutting. 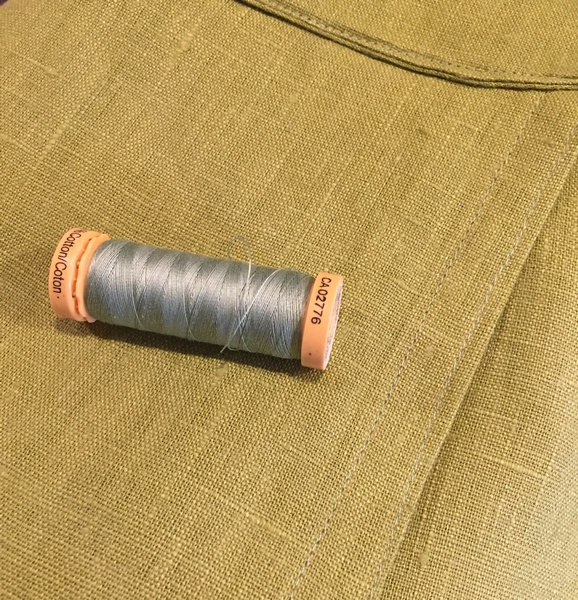 I never have the opportunity to buy thread to match the fabric anymore since the good fabric stores have all closed. So I work with what I have on hand. And even though I would never match this one up in the store, it became almost invisible when used.

And one more final thing….I definitely need a new ironing board cover. This one is pitiful because it is, or was, used with lots of mixed media. There is a black felt marker so far down from the narrow end. What this is for is every time I make pants or have to shorten ones I have purchased, I simply put the waistband at the tip of the narrow end of the ironing board and cut them long enough to allow a hem to this mark. It has saved me loads of time guessing and re-pinning those hems. 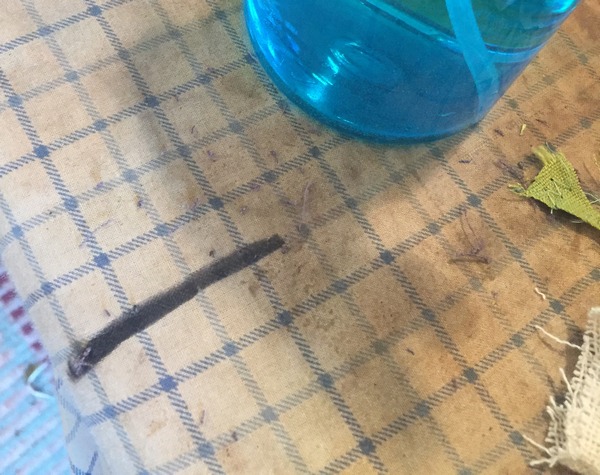 I always keep a cheap plastic spray bottle filled with water to spritz the cloth as I sew seams, etc.

Next I am going to work on modifying the shirt pattern here to get a more drapey cowl, narrower shoulders (remembering that I will have to lengthen the sleeve when I do this) and maybe a bit more swing. Two grey fabrics to go and then I will go back to drawing and painting.