A friend in Australia posted how to make an avocado paint/ink. Thank you Trace Willans. I thought I would give it a go and see if I could get that lovely red/brown that she got.

Here are my steps with just two avocado skins and pits.

We ate the good part and then set the pits and skins on the porch for about three days to dry out.

Then chopped it all up. 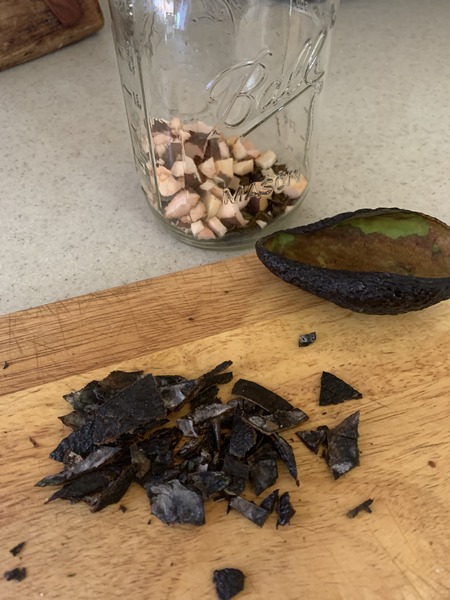 Not a fine chop and then put them in a quart jar and added about three cups of water and let it sit in the sun. 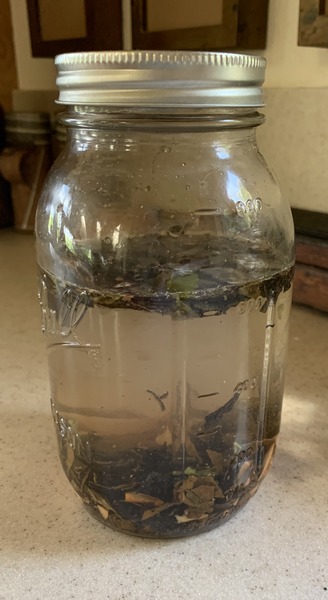 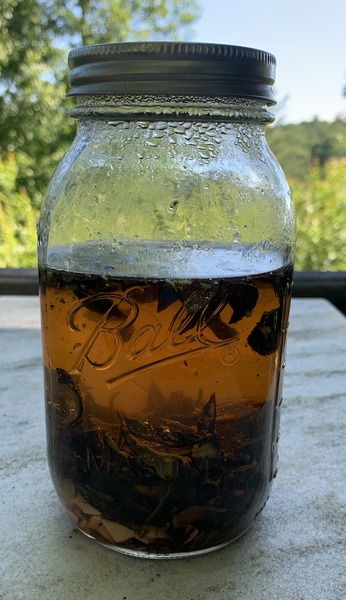 I left the jar in the sun for two more days. Then brought it in to cook it all up on the stove by bringing to a boil, then down to simmer for an hour. I did not have a tsp of washing soda so used oxyclean instead. Somewhere I read that oxyclean could be used for a substitute. 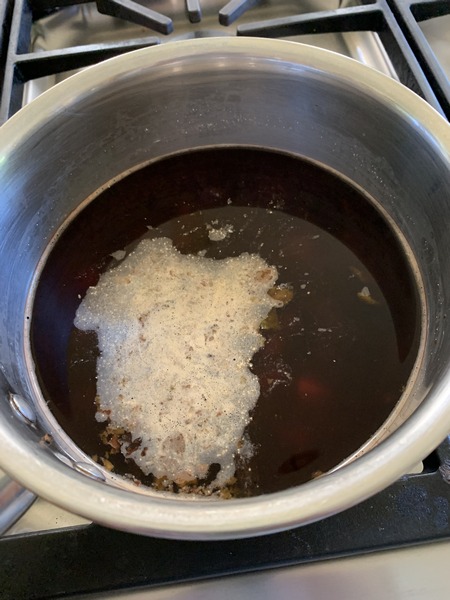 Oxyclean going in and then the boiling. 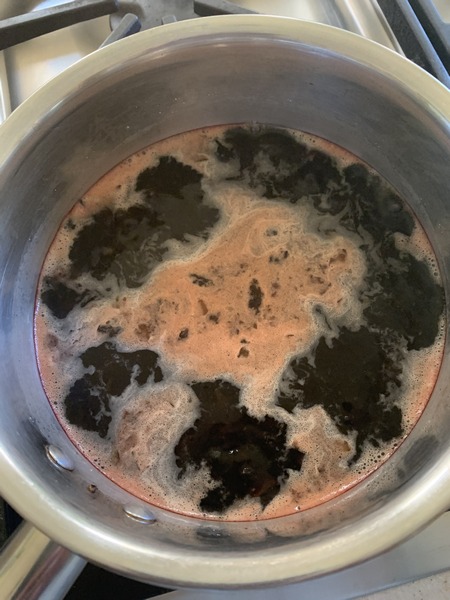 Then the solids were strained out and put back into the jar for another go in the sun. 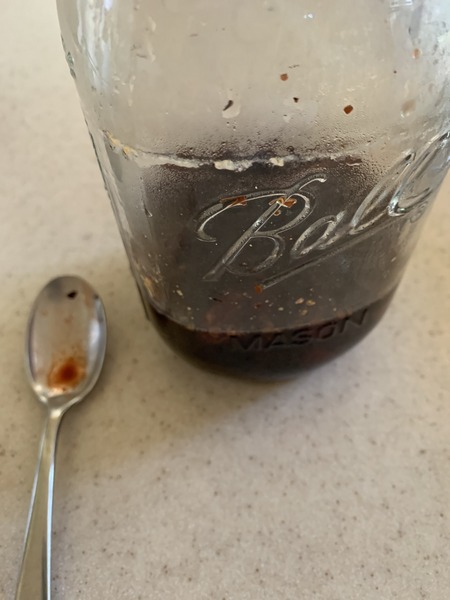 A nice 1/2 cup clean jar has one clove added to prevent mold. 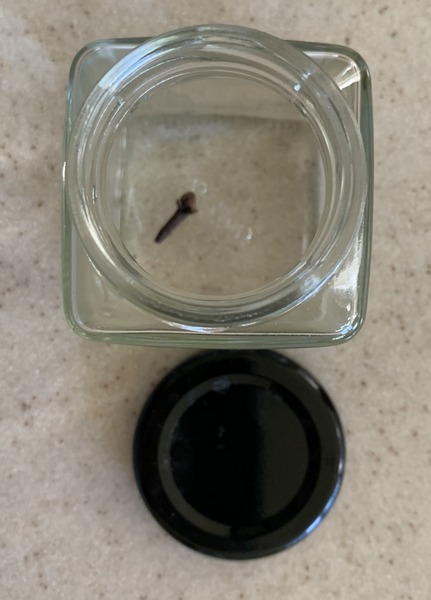 I strained the solids with a flimsy cloth so there was hardly any residue when I returned the ink to a cleaned pot to cook down to the thickness I wanted….actually I just wanted it to fit in the jar! It did not take long at a slow boil to get it to reduce. Keep an eye on it.

And here it is: My very own caput mortuum ink! 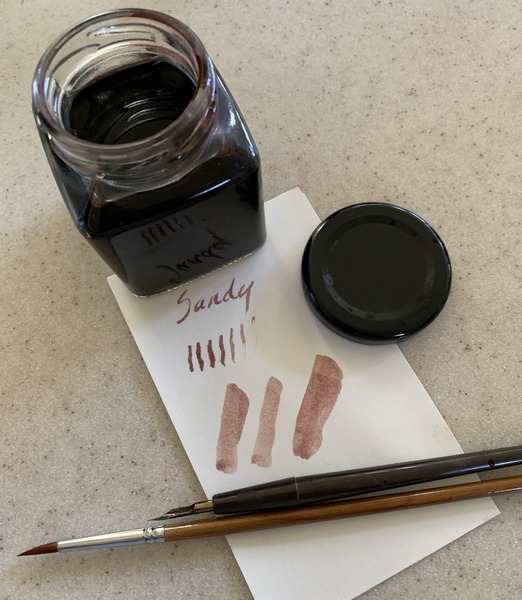 I also finished off the Bush Books and they are ready to mail out. When I send them out, I will put in the contact names of the two charities. ..National Forest Foundation in this country and a suitable one for the restoration of Kangaroo Island in Australia. Whatever you can donate to these causes would be greatly appreciated. 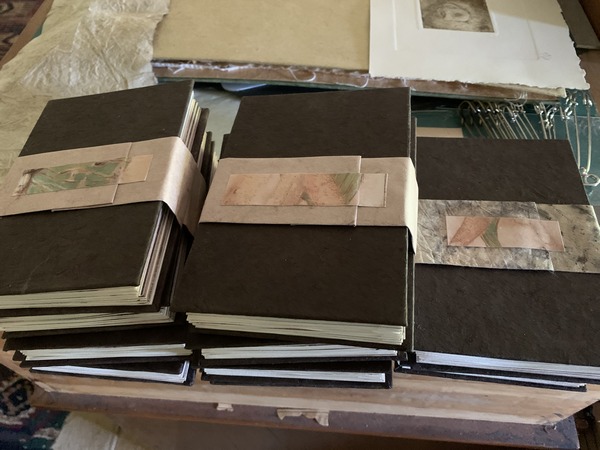 That’s it for now…just a little bit of something useful…an ink recipe.