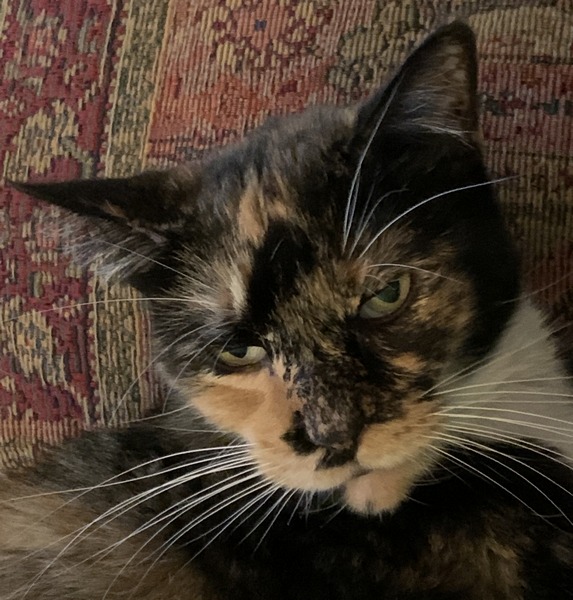 Patches has gone where good kitties go when they are through being good kitties here. It was a large tumor on her stomach. I miss her, attitude and all.

It has been busy here this past week. 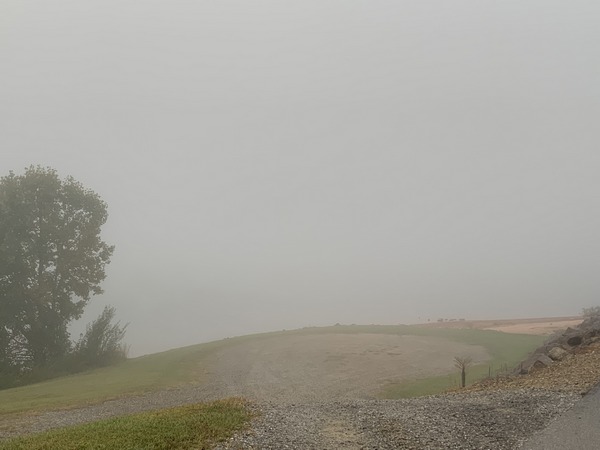 Fog that never ends at the dam and the riverwalk until long after I have returned home. 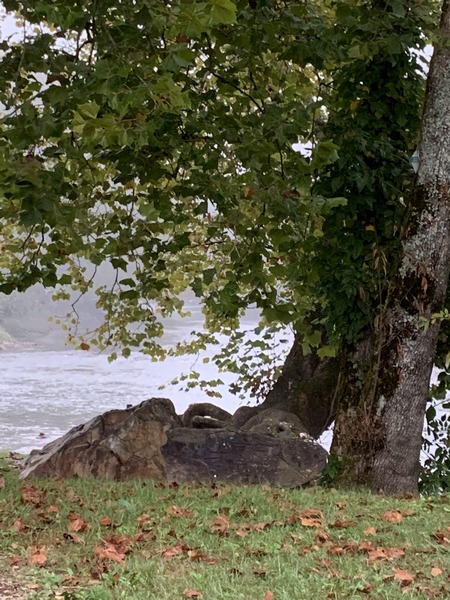 A few phone calls from the Care Center letting me know (gently) that things may be heading down hill a bit for Lee. No way to know how far and for how long. It is dementia….no answers.

But I did decide that since I know nothing about funeral arrangements it would be a good idea to get an idea. One quick appointment and an hour and a half later decisions were made. It was not what I expected. No old mortician trying to sell coffins of the high end, no organ music in the background, no sad looks. It was actually quite enjoyable having a chat and explaining quite clearly that there was to be a cremation, no obituaries (anyone that has been close to us knows where Lee is and what the outcome will be) and who wants phone calls after the fact.

I did ask about ashes being turned to stones and the director never heard of that but a quick check and we found a place in New Mexico that does it….stones that look like skipping stones…..perfect! So Lee and also me when the time comes.  The ashes are mixed with something else and a box comes back with many stones of different sizes to go wherever the survivors would like to put them. And they actually look like stones.

The funeral director had also never heard of “Daisy Boxes” that friends in Australia are painting on.  He said I had given him lots to look into as more possibilities.  We parted friends and I have full confidence that all will be as Lee and I would have wanted when the time comes.

There has been no drawing, no stitching, not much of anything. BUT this morning I had the closing on the loan to build the new house. My lawyer is quite satisfied with the terms. So as soon as I can get the next closing on the purchase of the lot, the builder can start the house. Speaking of the builder, I had a good sit down with him and picked out several of the options open to me. It felt so good to talk about building materials and room sizes. I now know every measurement inside the house and can plan on what goes accordingly. Nine foot ceilings are a very good idea to help with artworks.

Patrick arrives tomorrow for a week to go over what will be going home with him. He wants his dad’s chair and one more from the house now. We will definitely be having some scotch and good talks.

Wish I had more pictures. My nasty, simple0minded lap top is deciding not to cooperate with me so I am downstairs in the office getting this overdue blog out.

I will do better next time. Now I need to explain again to Sadie that Patches has found new friends and it is down to just her and me.