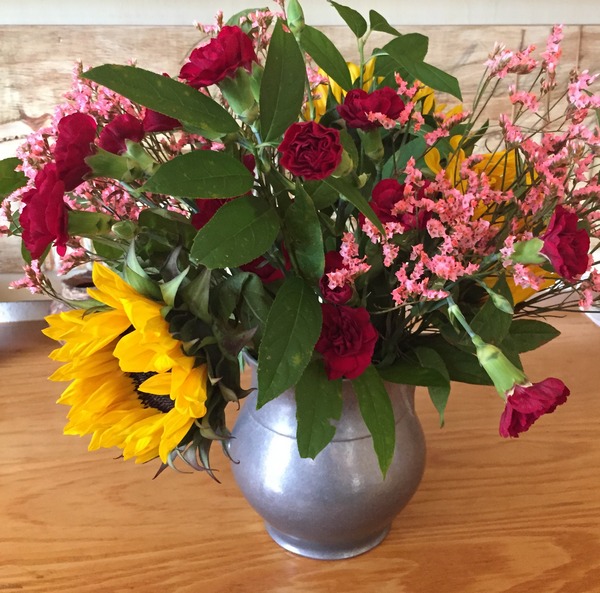 This is the best I could do this morning. Went to the grocery store, bought three bunches of flowers for $10. They flopped about in this pitcher so I went and cut back a bush in the yard….some of them (the bushes)  just won’t stay still and keep reaching to places they shouldn’t be….anyway, I stuck them in to hold the flowers up. Some of the flowers broke in my rough handling. All I wanted was something that looked nice for the table when art group comes tomorrow. Even sticking flowers in water seems to be hard to do. I dumped them out in the sink and started over….broke a few more but at least they look better than this, at least I think so now.

A really bright spot for the week was having a private student staying in the apartment and being here in the studio for two days. It was good for me to see how easy someone else works, how they make marks, how they don’t seem to mind doing lots and lots of drawings that may or may not end up being used as the starting point for a new tapestry. To see someone just take joy in the making, in the doing…..and not think about what comes next.

When was it when I began to not be able to pick up a pencil, pen, paper, paint, brush just for the shear joy of it? When was it that I thought whatever it was I was going to do, it had to have some deeper meaning? It had to be ABOUT something…..anything, but ABOUT something.

But having Tommye here to work beside this week and prepare earth pigments and making her a travel journal helped. I am going to do something without thinking so much. I am going to do lots of somethings without thinking too much. BUT to break myself into a new way of doing just for the sake of doing, I am going to start small. I am going to cut my papers up into small sheets. No bigger than 5 by 7 inches. That way if I don’t like whatever the thoughtless work I am doing looks like, all of them will easily fit in the waste bin. It is a simple way to work. Pick up a piece of paper. Pick up a tool. Make some marks. Do it again. And again. Then throw them out.

Besides feeling like a BB in a boxcar lately I have been wandering around the yard to avoid the studio. And I am struck by the beauty of the fungi this fall. Take a look. 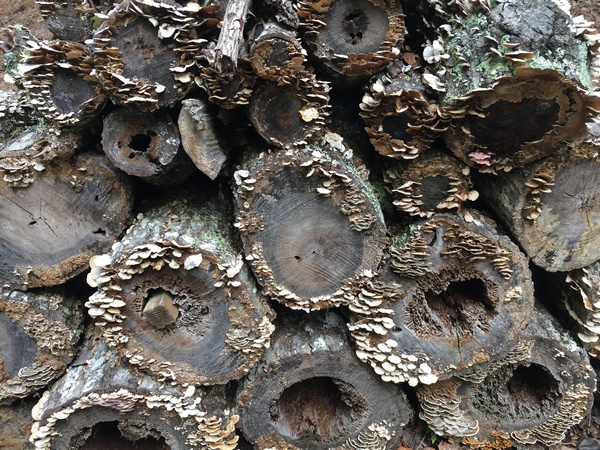 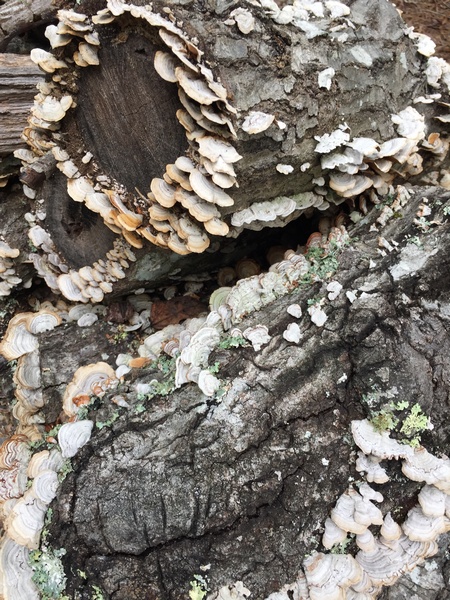 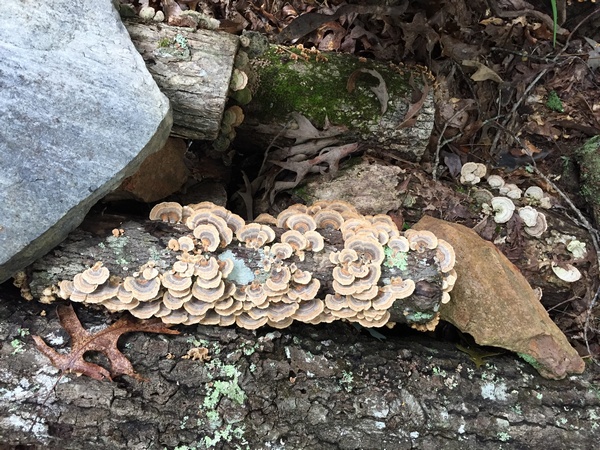 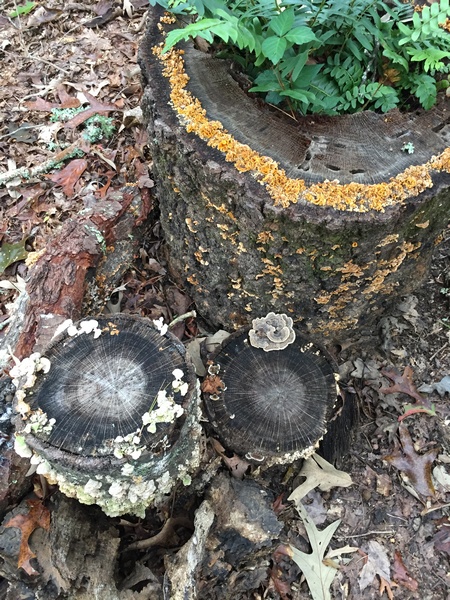 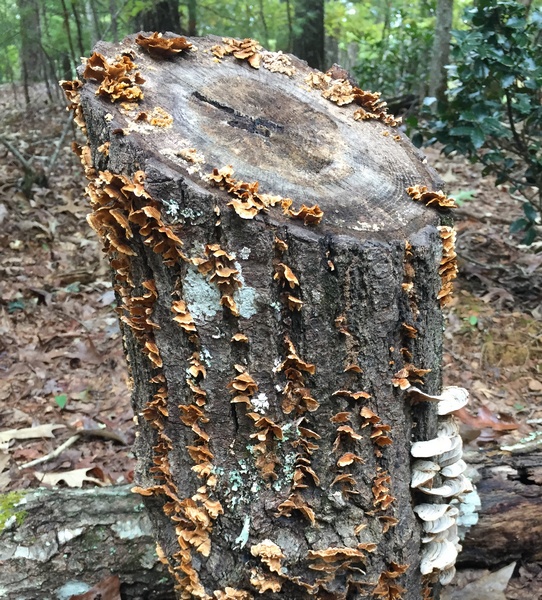 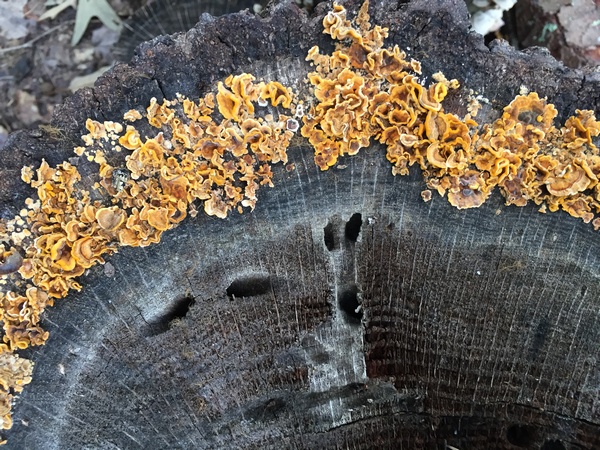 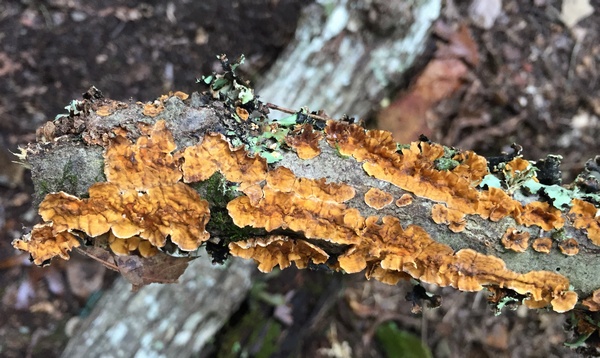 And then this growing next to the eucalyptus that I put in a pot on the porch. 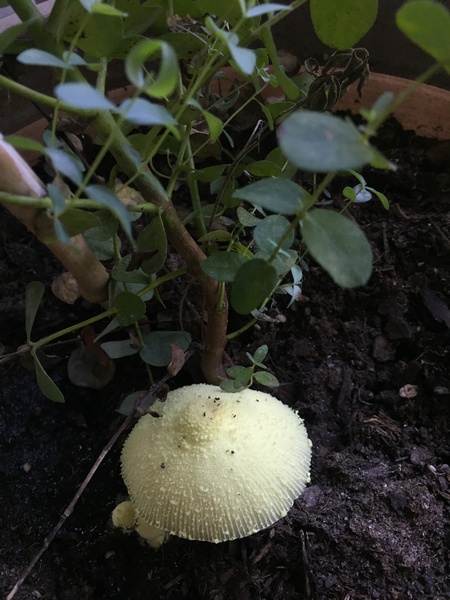 So that was the week. Scattered. Watching political theater. Writing letters of protest. Visiting with friends who were in town. Picking up paper and putting it down again. Sharpening pencils only to put them back in the drawer. And on. And on.

For a woman/artist who was obsessed with the thoughts of “am I doing enough?” and “am I doing it right?” I have drifted.

Drifting, that is where I am, drifting between where I was and where I am going.

For now I will drift upstairs, avoid going into the studio, and see what I can do for Lee. I will fix lunch and then drift back down stairs and cut up some paper so it is ready when I am.