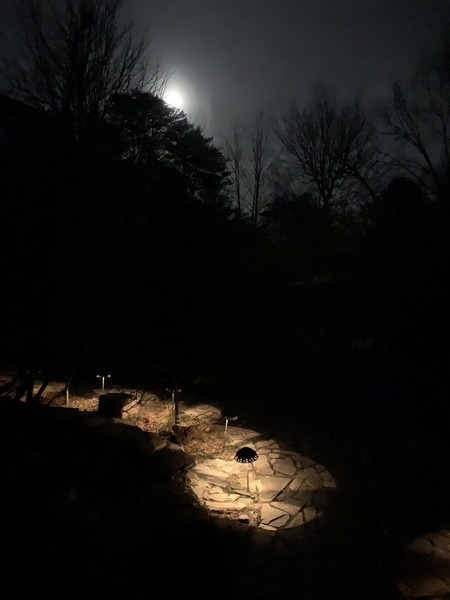 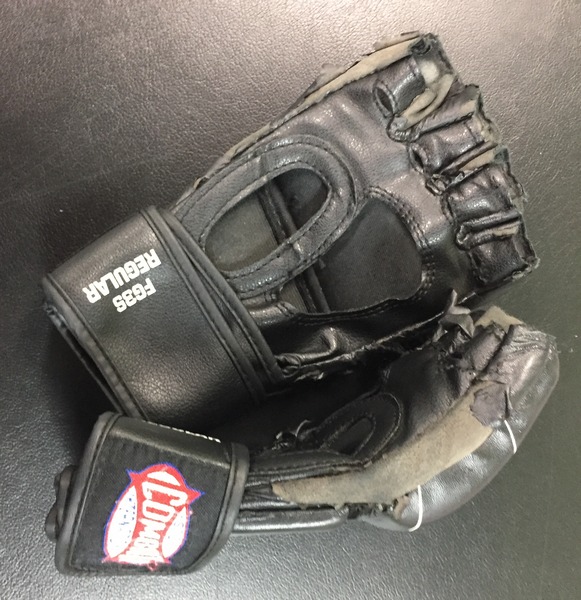 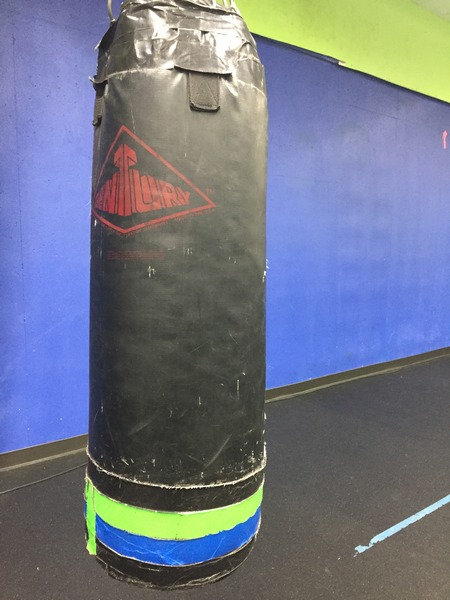 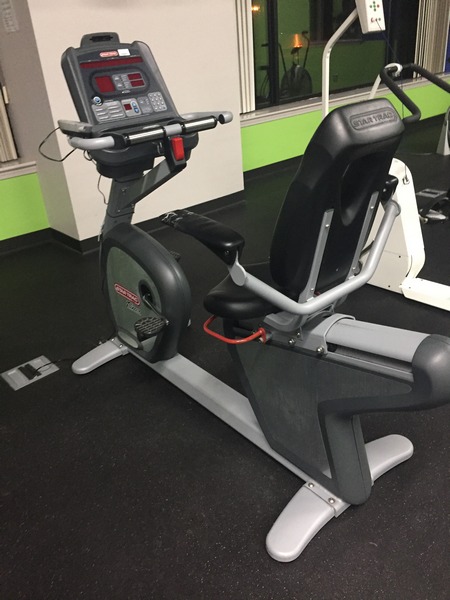 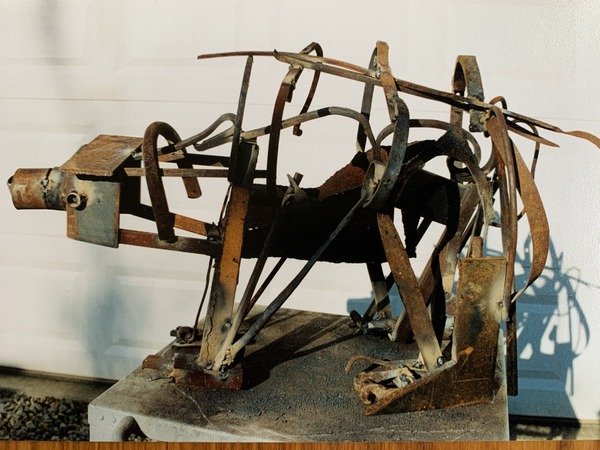 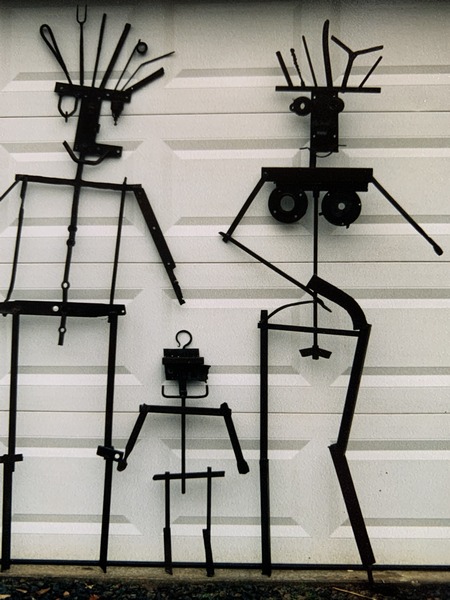 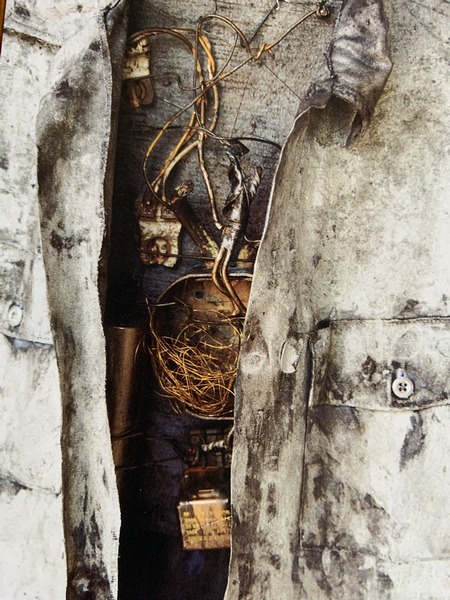 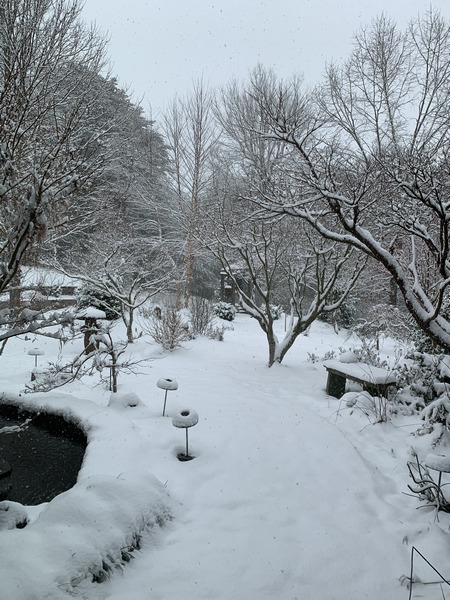 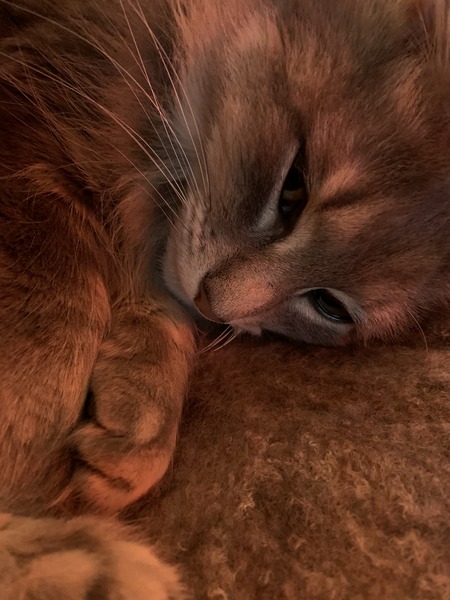 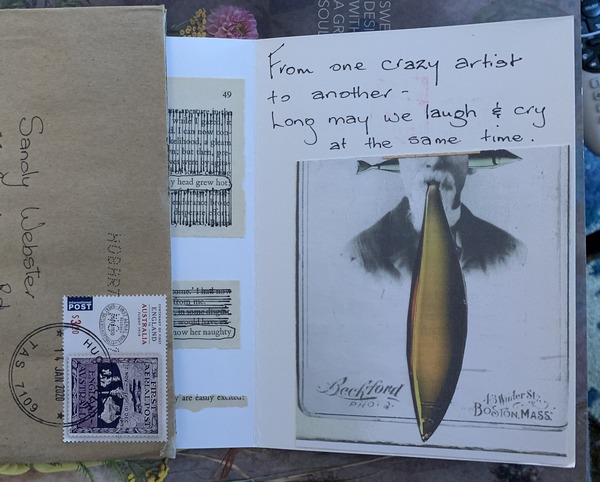 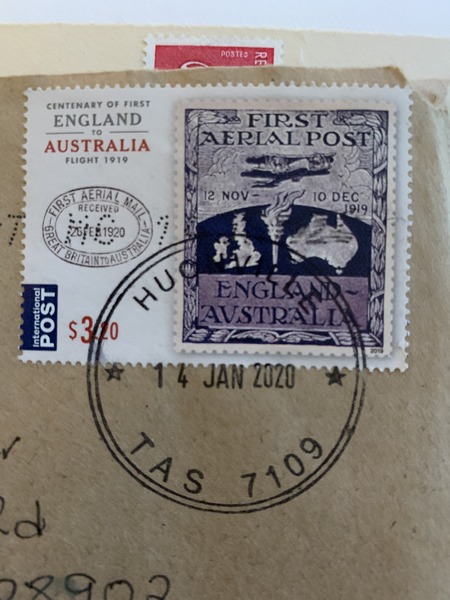 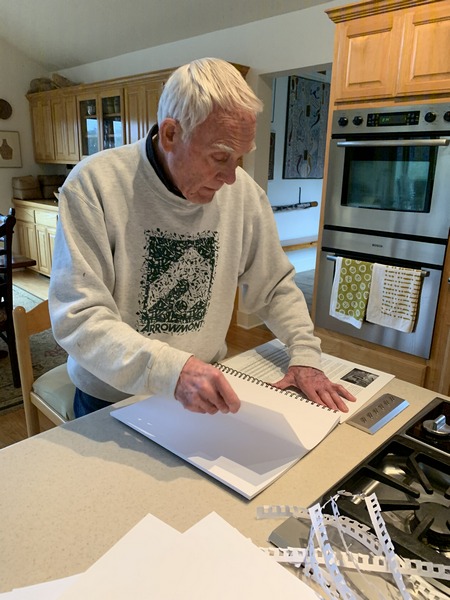 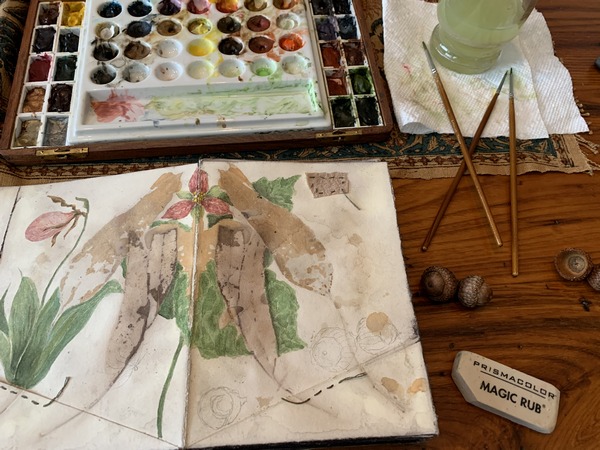 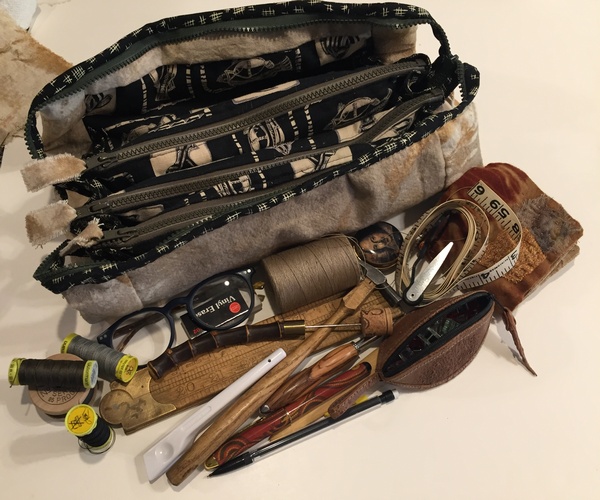 I have finished my Bush Book and yesterday tucked into the triangle pockets the names of whatever was drawn on that page.

It is over ten feet long. Here is the last page. 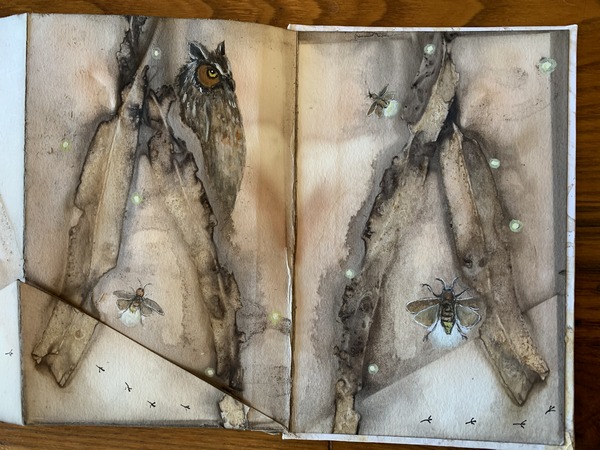 And the one before that if I did not post it before. 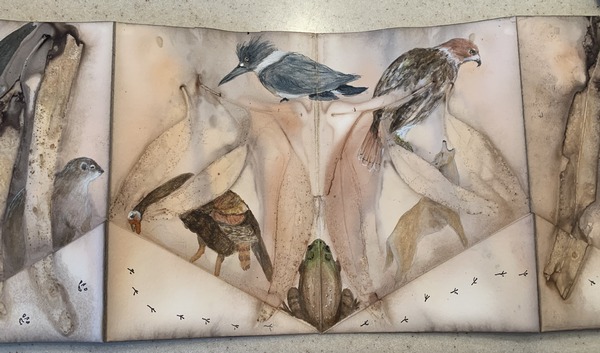 I made a movie of it and posted it on facebook pages but the movie is too big to post here. Maybe later when I figure out a way to do that.

And I have started the new wildflower book. 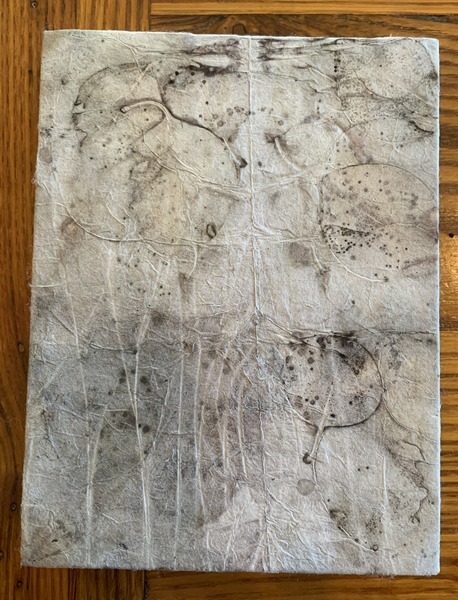 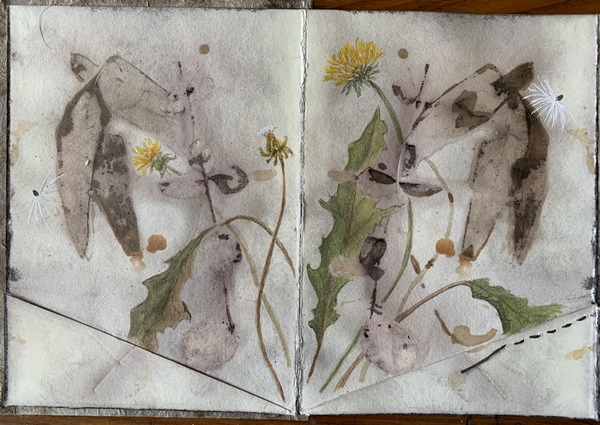 The dandelion is the opening and the book will have dandelion seeds floating through. I may add more leaves and blooms to this page but you get the idea of where it is going. The very next page is a large Lady’s Slipper.

And I have started the last of the three Drawing a Day books that I made a couple of months ago using old linen pants for the grey covers. I will have to get busy preparing more cloth for covers on more DAD sketchbooks.

I am still working with foundry molds. 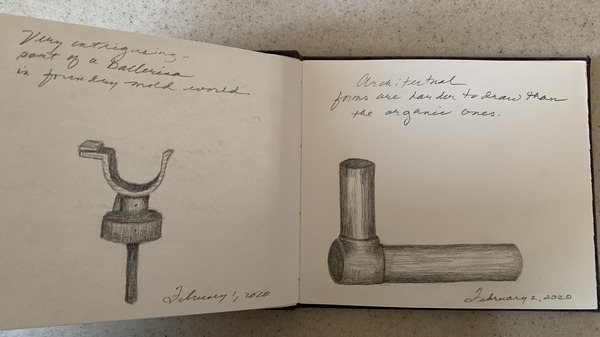 sort of a ballerina

forms are harder to draw than

I had to draw two.

One was just too easy for

having its own page.

That is what we have been told.

Yesterday we donated Lee’s truck to the folk school. That way we can wave to it each time we pass by. It was not difficult for him to let go. He thought the men who came to get it were very nice. Those same men told me that they would come over any time I needed something done around here. Very, very nice offer and I am keeping that on the back burner.

Someone I see every time I go to the gym asked me the other day how I was doing, really doing. And I told her that I now considered my job to be laying yellow bricks on the road in front of Lee and me. My job is to simply make things easier for both of us.

So for now we are following the yellow brick road but only as fast as I can lay those bricks.

I need to get back to the Responsibility Hands book. I will bring it upstairs here where I can work on it. Then I will photograph it for my next post plus some other things.