First a catch up on the drawings a day. 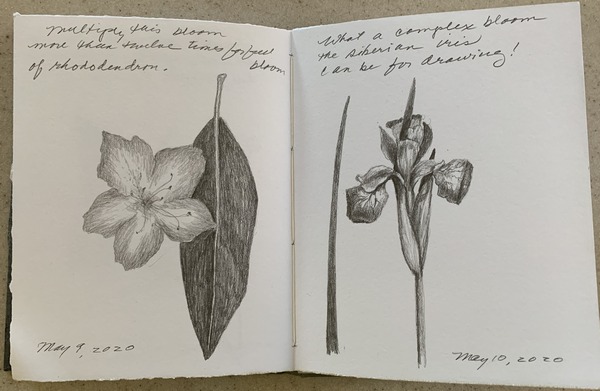 by more than twelve times for full bloom

What a complex bloom

can be for drawing. 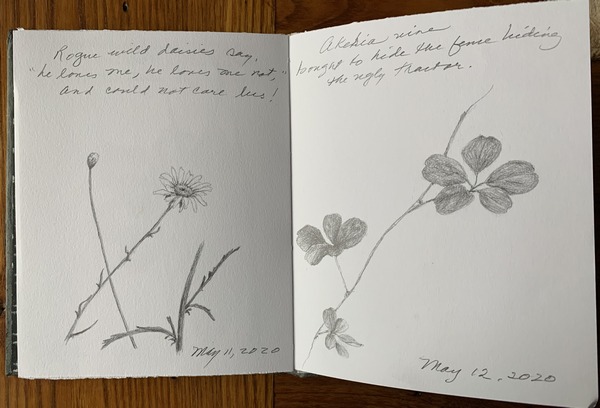 And could not care less!

bought to hide a fence hiding 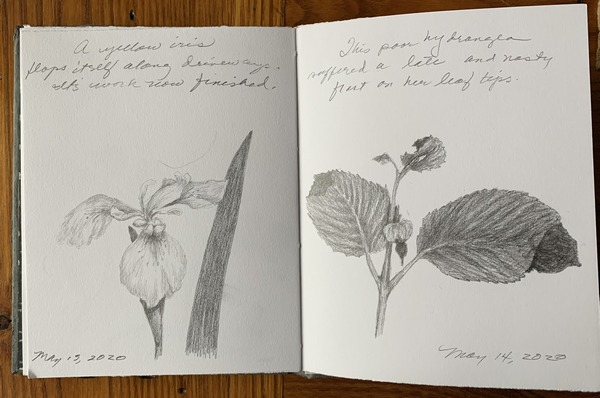 flops itself along driveways.

suffered a late and nasty

frost on her leaf tips.

And the stoat story text pages are finished and placed inside illustrations with their little pull tabs. 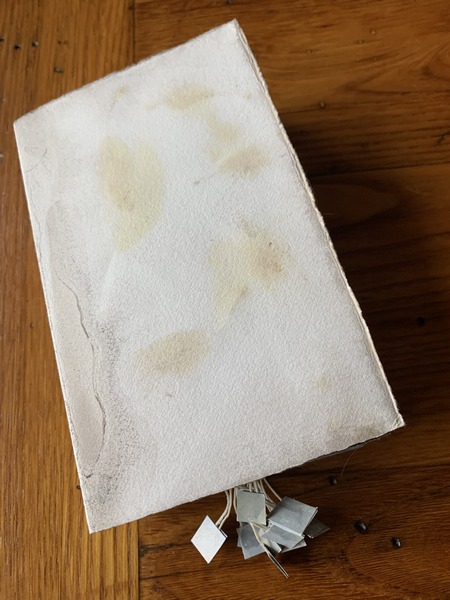 Now I just need to make the covers.

By now the old woman knew not to question anything the stoat told her. The basket really was magic. A sleeping bag and tent flew out when she needed a place to sleep for the night. Hot cups of tea and meals were inside when she asked for them.

She remembered to say her “please and thank-you.

One morning the basket even held pancakes covered with syrup when all she asked for was more toast and marmalade. It delighted her because they tasted just like the ones her grandmother made when she was a girl. Buckwheat pancakes with lots of butter melting under the warm maple syrup.

Did the basket know that?

One day they sat by the river and tried to catch fish. The stoat was much better at it than the old woman. He would go into the bushes to eat his catch after leaving one for the old woman to ask the basket to cook for her. And the basket not only cooked it up with a nice crusty skin, but put it between two pieces of sourdough bread with a smattering of tarter sauce and a leaf of fresh lettuce. Delicious! 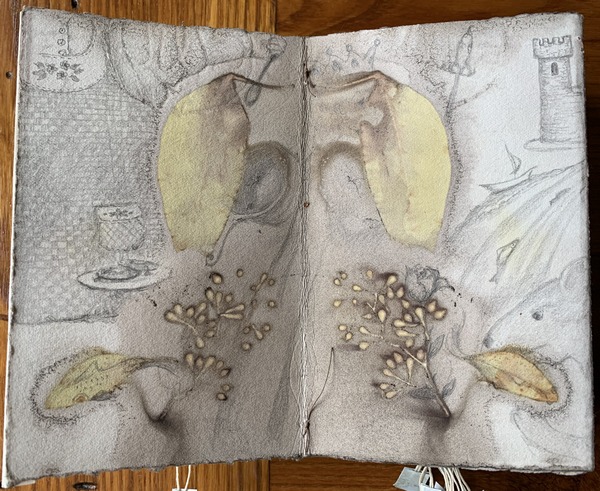 With all the walking the old woman felt lighter and her clothes became looser. She had to roll her pants up twice so far. One day she found a new pair of shoes in the basket and when she looked down understood why.

Their journey continued for some time. Each day simply rolled into the next. There was always sun in the blue overhead and a night sky full of sparkling stars. And the parade of sights never stopped, just gently flowed by with the breeze.

The old woman did not ask where they were going. By now it really didn’t matter. She was here on some great adventure having the time of her life with a wonderful companion.

They did not need to talk to each other all that much. All they needed was to know the other one was there close by and happy for their company. 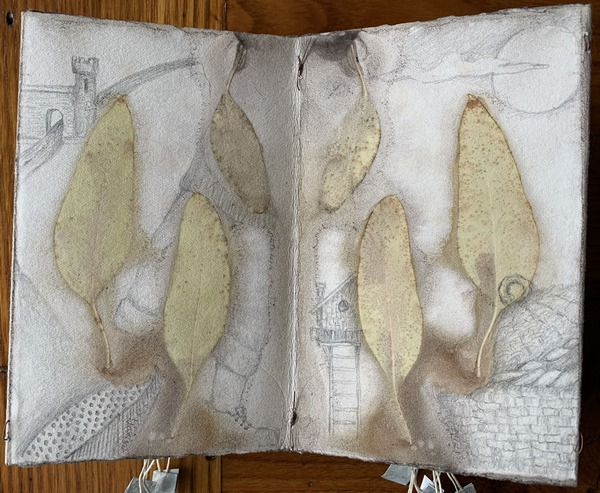 One day out of curiosity the old woman asked if they were getting close to where they were going.

“It won’t be long now. We are over half way there.”

That was enough for her to know. And with every step she was lighter and happier. She felt how she felt years ago….before she was sore and tired most of the time.

And the things she saw along the way became more extraordinary with every passing day.

That’s enough for now. I will finish the story for you next time.