Here is the last two days of drawings a day with haiku. 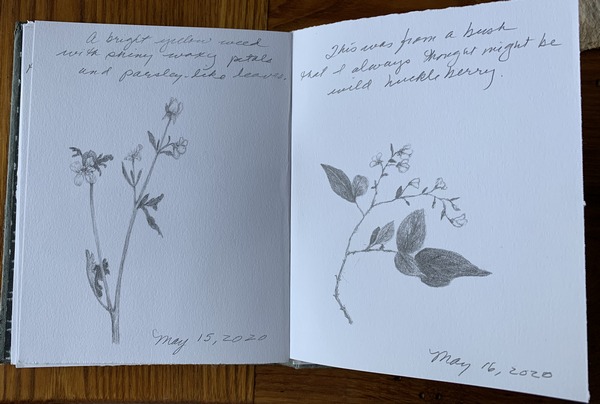 This was from a bush

Now onto the rest of the Stoat Story.

By now she knew the stoat would patiently wait for her as she stood transfixed to something she saw. It was hard to imagine where the things came from. And where was the parade going as it all passed her going back the way she and the stoat had come?

The old woman laughed more than she had in years. It must have been the things she was seeing go by on her trip. The stoat certainly wasn’t saying or doing anything funny. He was taking his job quite seriously…. getting the old woman from where she came to where she was going.

She found herself dawdling more each day. Maybe it was the worry that this would all be over soon. And the old woman did not want it to end. She grew dependent on waking up each morning knowing that there would be more of these extraordinary sights that brought back memories every day.

When they got to where they were going would the parade of magical things be over? And for that matter would she have to give back the magic basket? Would she have to say goodbye to the stoat? 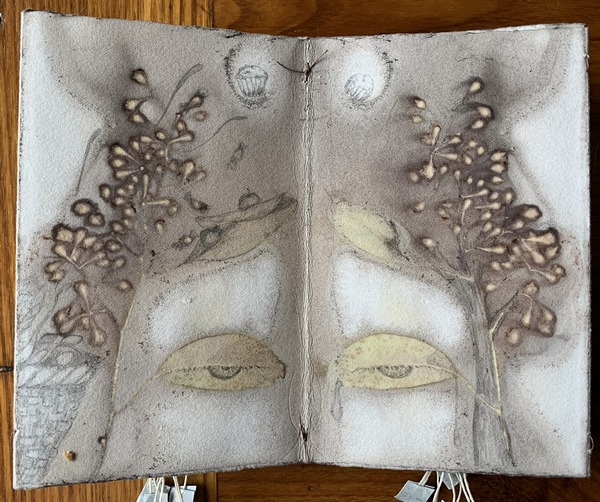 One day she thought she heard the stoat talking to someone over behind a big maple tree.

The old woman could hardly believe that someone else was there with them. And she worried that things were going to change….and soon.

It was at that moment of anxiety that it occurred to her to do something she had not done since she was child.

A thing she did when she was afraid things would change and never be the same. And she wanted to hang onto what was there right at that moment.

She stood very still, held her arms close to her sides, closed her eyes tight, and breathed in as deeply as she could. Breathe in everything around her. Breathe it so deeply that it pushed against her skin from the inside.

Then hold her breath for as long as she could to keep it all there. There inside when she needed it again. When she missed it so much.

What seemed like a few days later, but it could have been longer because the old woman had lost all track of time, they came to a fork in the road. The stoat stopped and looked up at the old woman. 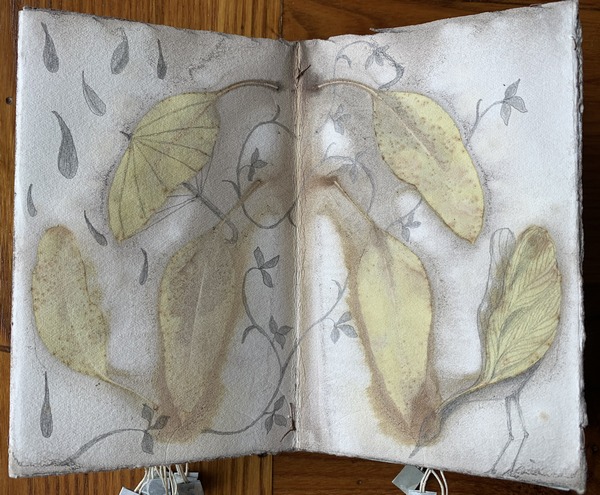 The old woman answered that they had indeed and asked the stoat if they could just keep going on like this forever.

She did not want to be alone without the stoat and tears welled up in her eyes.

The stoat started off in one direction and called back,

“You will not be alone.” 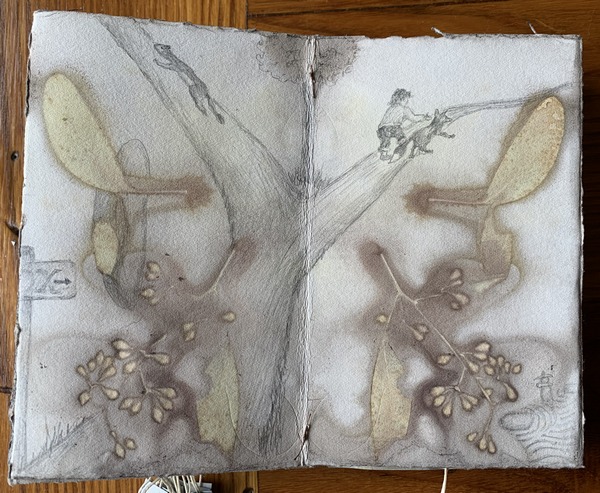 And just then a grinning red fox stepped onto the other path.

And this time she did.

I am actually sorry to see the story end. Several things the old woman remembered were my memories. I still tend to hold my arms close to my sides, close my eyes and breathe in the things I don’t want to lose.  My grandmother made the best buckwheat pancakes. She did it with a springer spaniel named Freckles following her around the kitchen with his head just under her dress. If he couldn’t see anyone then no one could see him while he waited for her to drop something. Silly dog.

The stoat has been good company indeed.

Now I am laying out the images two at a time with the appropriate text to figure how to make a more manageable book. I don’t think I will bother to make a cover for the original one, but design one to make copies of for the new, larger version. The pictures will stay the same size and the text printed below….making it a book about 8 x 10 inches. I will arrange the fore edges to connect all images together but keep the concertina attached to the front and back cover with a spine connecting the covers. So the book could be turned a page at a time or pulled out into a circular tale.