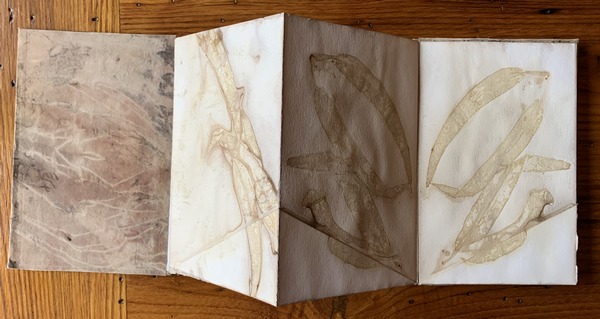 This is the next book from Lorraine in Australia that she sent for me to draw into. I have two more after this one. Here I will put sticks and stones in among her Eucalyptus leaves and then hide bones in the pocket enclosures at the bottom. All of it will be using the stippling technique I have been practicing in my Marks book.

Here are the latest leaf images from that book. 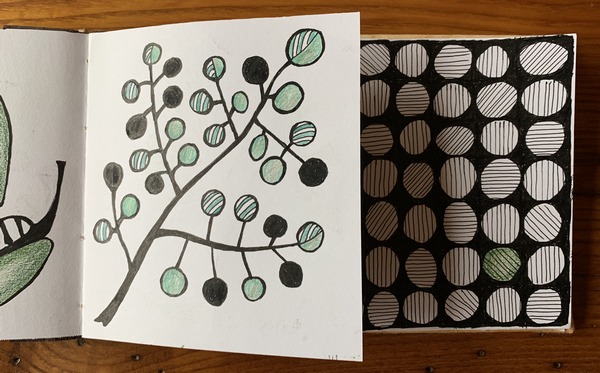 I don’t think I like using colored pencils. Their waxiness seems in opposition with the texture of the paper…no wonder they include that rolled up paper smudging tool that I do not use! I also do not like how I have to go over my sharp black lines because the colored pencil clouds them. When I turn the page it is going to be back to black ink in finer lines and put the pencils away. I tried. But it is my book and it is supposed to bring me peace. The pencils are just too aggravating.

Lee and I went out to walk the trail two days ago because it was so beautiful and warm out. It was the first walk there since late fall. The angle of the light late in the day was lovely to photograph. 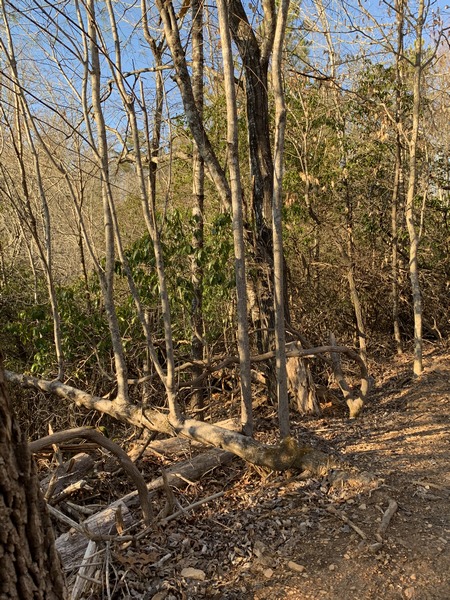 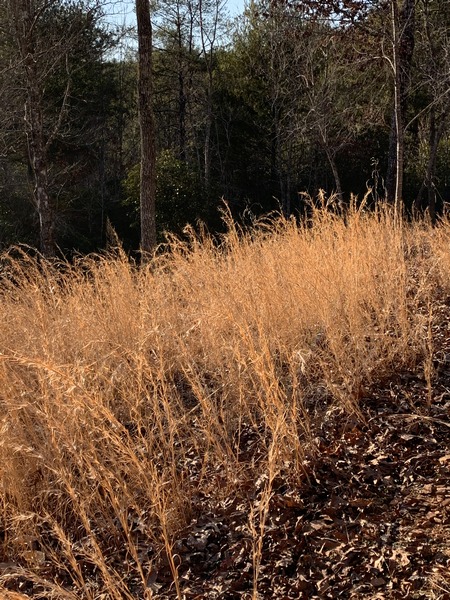 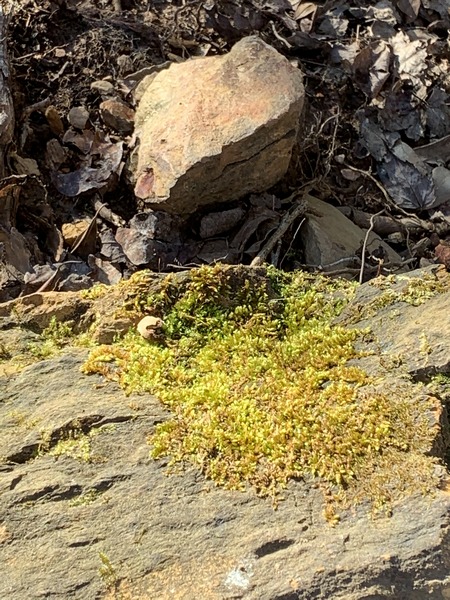 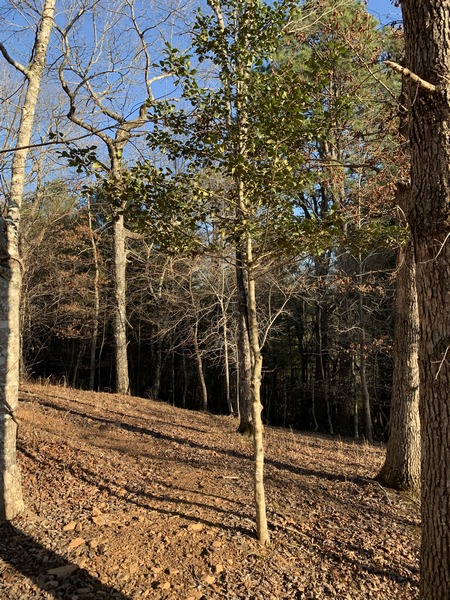 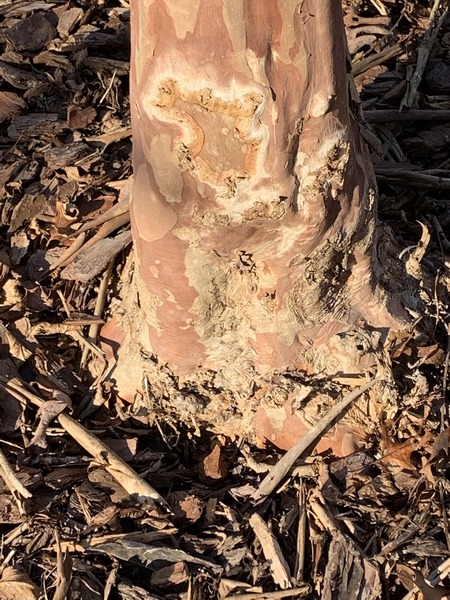 So, in those images is a decided lack of leaves. Lee has blown what he is allowed to blow with his blower into oblivion. We are back to removing rocks from one place and putting them into another. He likes this but needs help with where to get them and where to put them. Last fall I could just tell him once and he would carry on…..not so much now. I get to help with my own suggestion.

Caregivers are still sorting out who comes on a regular basis. We had a substitute the other day who was very good at sitting and watching TV. I could tell Lee had hoped for more. ..we had our evening drink early that day.

Speaking of which…and this definitely has to do with leaves….remember my assorted bottles of infused vodkas? And how I thought I was told bay leave instead of basil?

Well, let me tell you that although none of us knows what the heck bay leaves taste like because we are told to remove them before eating….the infused vodka is nothing short of wonderful! I had to look up the flavor of bay leaves and found they were something akin to a mint in flavor. But beyond that I found a note of anise. I think that this is a vodka that will be sipped without adding anything to it. There are drink recipes online for bay leaf flavored vodka but it would be a shame to mask the flavor.

For my gin aficionados in Australia where they make the best ever gins at small boutique distilleries, if you have the time, give this vodka a try… three bay leaves in a pint of vodka.

Just got a call from the caregiver company and the schedule is set for next week….four afternoons of getting back to my short story, maybe some sewing and reading the book that was replaced for the one cut up. Might celebrate with a sip of vodka!