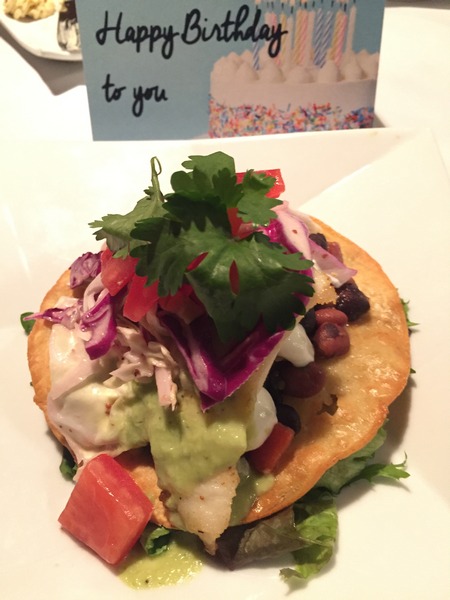 This is the new appetizer from my birthday dinner out. It is a sort of a taco thing with some fish….believe me it was more fun for the chef to make than for me to eat. But at least I can say I had dinner out and got a card from the chef….plus a nice cabernet sauvignon, with salmon on ceasar, followed by a nice crunchy chocolate gelato. Next year I will go for something different.

Also I did carve a white line block and made a print….a print I don’t much like. 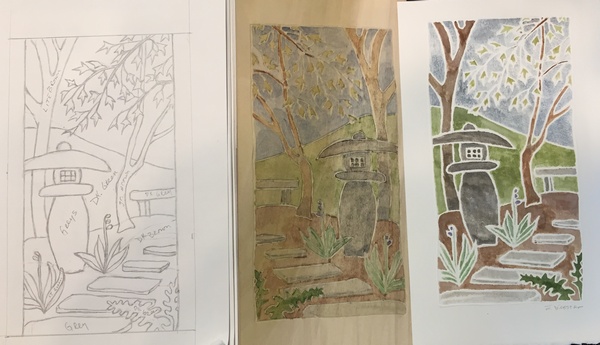 It was hard to get white lines around all the Japanese maple leaves and have the image not have too much white. I did not like the print. So now I have turned the block over and am re-carving to make a relief print using black ink. It is a similar scene but not so much detail and some texturing to get a more interesting background than the the white line one. I just drew directly on the board. 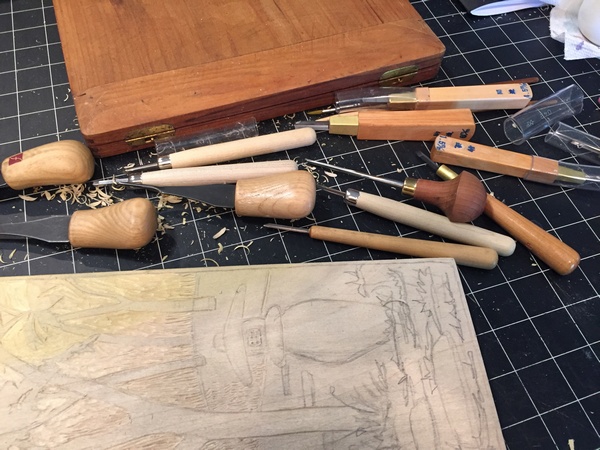 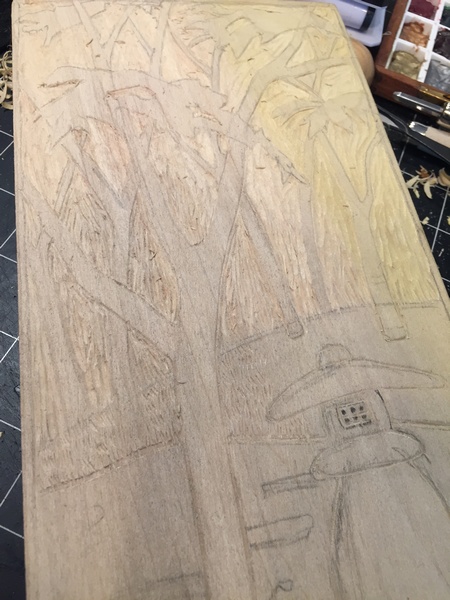 When I finish carving I will do a test print and see how it goes from there.

Also this past week I took Lee around to another end of the dam area so he could see where we walk from across the water. He loved the view. 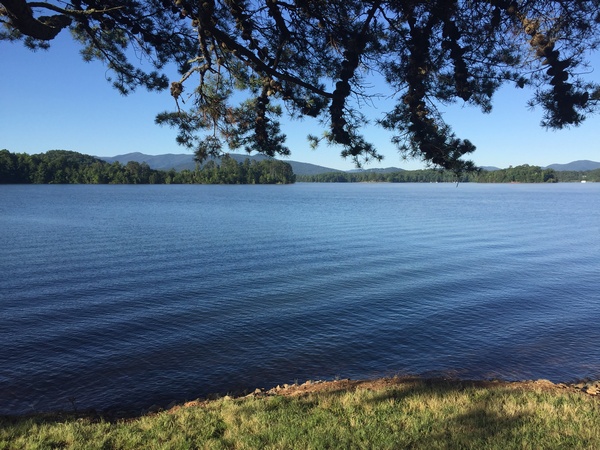 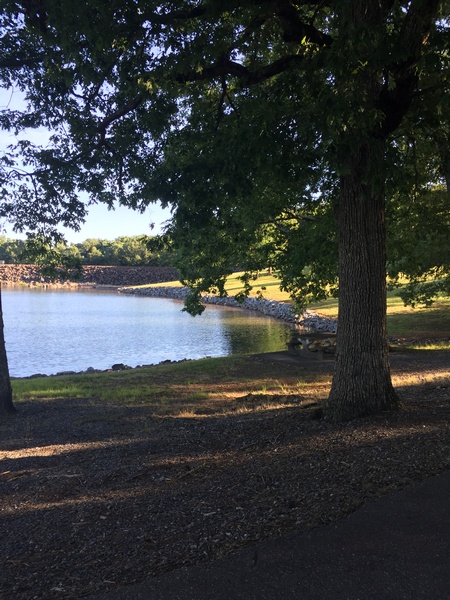 I used to take my students in pigments classes out to this spot to gather colors when the water was down and lots of coast was accessible. 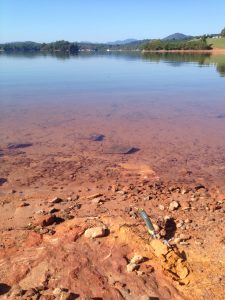 And just this morning I tried to order more of my Saunders Malt Extract from Amazon. They don’t have it! So I found their facebook page and wrote them a message that I could not find a place in the US to get their product and I was getting dangerously close to the end of the can. I also told them that I thought the reason I could not find it on Amazon was because I posted the picture of the can with my recipe trials on my blog. And because so many people must have wanted to try “The Almost Best Malted Cookie I Ever Ate” that Amazon has run out.

Hopefully they will exchange a few cans for the recipe. One can only hope. In the meantime if you see this available anywhere but Australia, I would be grateful to know where. 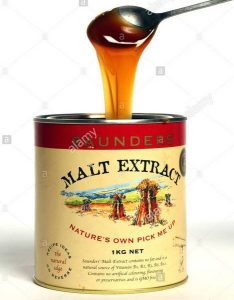