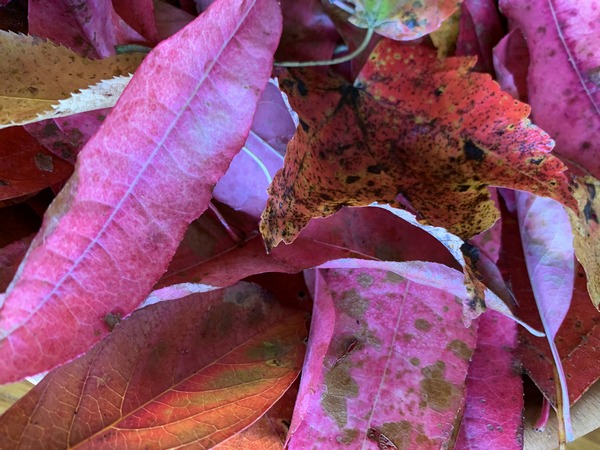 This was this morning’s cache. The sourwood leaves are so hot pink this year. Usually they are bright red and gone. Several leaves have fallen off these past few days and most of them are brown.

I am getting anxious to finish this last sketch book of of drawings a day with haiku. I want to draw something else with a pen maybe. And no more counting up syllables! I have outlasted the rest of my group by months and months with this exercise and I am bored. 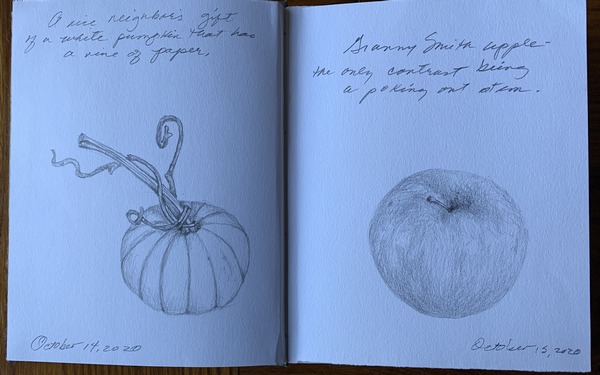 of a white pumpkin that has

a vine of paper.

The only contrast being

a poking out stem. 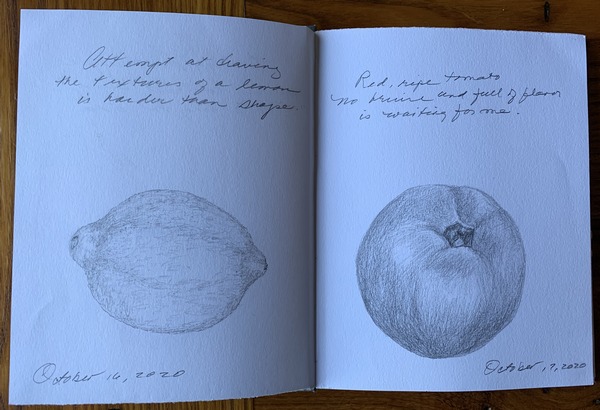 the textures of a lemon

is harder than shape.

No bruise and full of flavor

is waiting for me.

I am not sure how I can make a pen sketch last the 30 -40 minutes that these drawings and haiku do, but I have til end of the year to figure it out. I need that meditation time early in the morning.

Tomorrow I am going through all the bathroom cupboards and tossing out old medicines and jars of creams and whatever is not used daily. Then I will take a closet a day and do the same. My clothes now will go to a thrift store because covid has caused my usual stop at the craft shop to those who wanted to go through them, to come to an end. I miss that, dragging bags from the car to such fun girls waiting to see what was in them.

I will start collecting boxes from the grocery store and go through the cupboards in the dining room. If I think our kids would be interested, it will be stacked with other things they may want. But with the sensible thing being to stay put for the next several months and the need to get things under control here in case there is a sudden change in our lives, I need to quit putting things off.

I wish I knew a younger person starting out, especially an artist/craftsperson where even more could be unloaded. I really just want to get things gone, with enough left to make the house show well if we need to move. It will not be easy working on my own here to pack things up, but it is time to at least start. 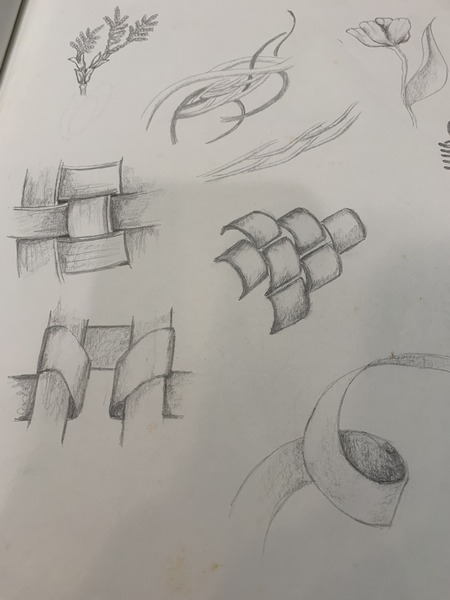 I used to teach basketry and found this old sketch in a journaling book. Can you believe I found it just before news clippings of the war in Iraq, letter from a mentor on how she was coping with childhood assault memories that suddenly emerged, a cheerful thank you from a theater group we used to feed, an article on Paul Simon being the “thinking man’s” songwriter, quotes on art, short writings I did to share with my mother, and on and on. There were pictures from magazines saved in the same book. I am guessing it was started in the late 80s and then closed up fifteen years later.

I will copy out the good things then toss the book. Behind every cupboard door there is the equivalent of that old journal…lots of old stuff, very little needed anymore.

But here is another writing from a journal…

A writing used for The Traveler’s Box 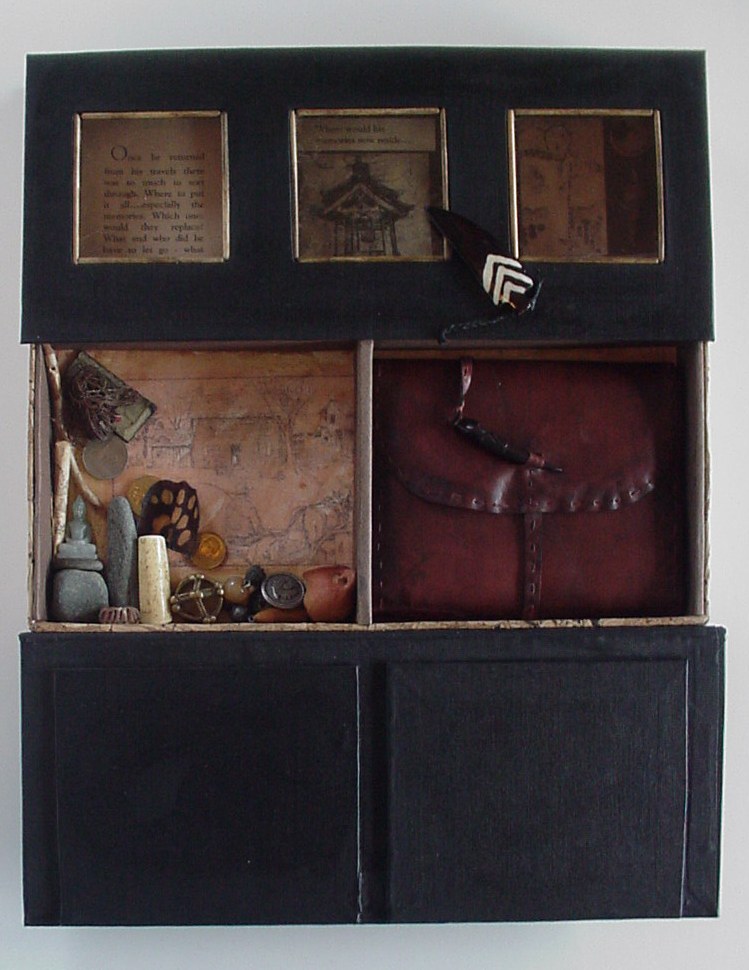 Once he returned from his travels there was so much to sort through. So many memories – which ones to keep and which to let go – who remembered and who to let go.

Something like that…what if we reach a point of fullness that requires us to make choices.

So I will be making my way through memories and cupboards.

Cormac MCarthy from The Crossing

“Things separate from their stories have no meaning. They are only shapes, of a different size and color, a certain weight. When their meaning has become lost to us, they no longer have a name.”