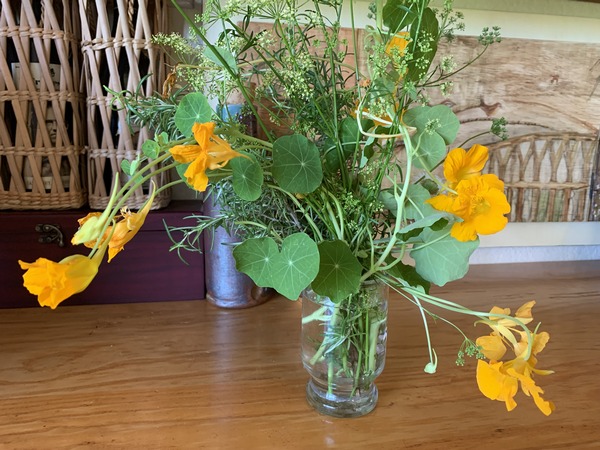 I trimmed the bolted lettuces, nasturtiums and blooming parsley from the pots on the deck just now. Some shoved in with the ever-present rosemary stems I keep on the counter.

My drawing yesterday had to do with my birthday coming and going and a turned bowl Lee made several years ago. I love that he was such a practical use wood worker who seldom made things just to appreciate their forms.

These bits of stitching added to the book remind me of what it has taken to keep things together. They are small autobiographical patches of who I was and am becoming. It is so soothing to hold the pieces together with stitch. Touch is so important to holding onto ourselves, our memories, our need to record days gone by in a very physical, tactile way. Like my memory of places I long for in Australia stitched into this long panel that hangs over my love seat in the den. It is much longer than this detail…fifty some inches by six.

I was recently advising a friend in Australia that getting through hard times on a daily basis could be helped by stitching into a long scroll. Each day with its good and bad can be marked in some way with scraps of cloth and threads and then rolled up tight and held in the non-stitching hand waiting for the next day to be recorded and hidden. I was not only inspired by my own strip of longing for Australia but also a stitched piece of textile artist, Carolyn Sullivan. I think hers was more about recording a place in her extended travels throughout Australia. I loved how at times it appeared to be an endless documentation lovingly told through stitch and cloth.

After recording and rolling the days up tight they can be stored next to each other in a box. And later pulled out unwrapped and viewed as the beautiful strips of cloth they will end up to be….hopefully the hard times will give way to the beauty of release. In the meantime each is a meditation on the struggles life can toss our way that need tending to.

And about that birthday! The evening dinner from Patrick…more oyster shooters with popovers and a lovely Caesar Salad. 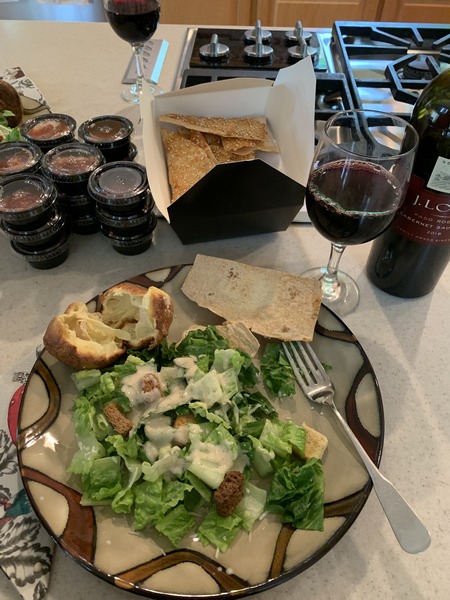 He has gone back home now that all his work here is finished, not least of which was helping to get Lee settled.

And I dug out my night critters pieces wondering how to frame them up. 8 x 10 frames were too tight. So another backing of cloth enlarged them enough to fit nicely into 11 x 14 frames. Now I just need to order some more in that size. 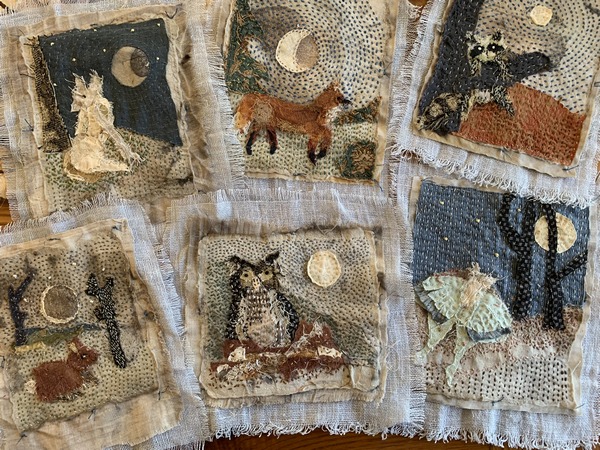 Today I am going to paste in an old etching I did of Australian landscape that has patched cloth added to it and on a facing page I will draw the Eucalyptus leaves someone sent me. I am missing that country today and this will help get me past it. Like rolling the scroll up, I can turn the page tomorrow and think of something else. Maybe these small pieces of driftwood my daughter put in her rock tumbler to make them irresistible to the touch for her father and me. 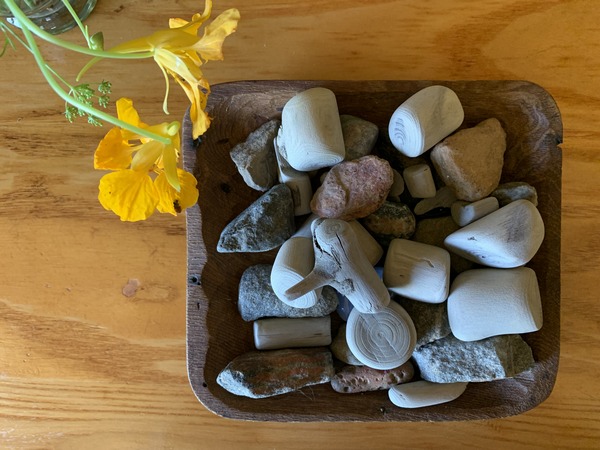