Coming back from coffee with the men on the corner I noticed the frozen fog over my new home. 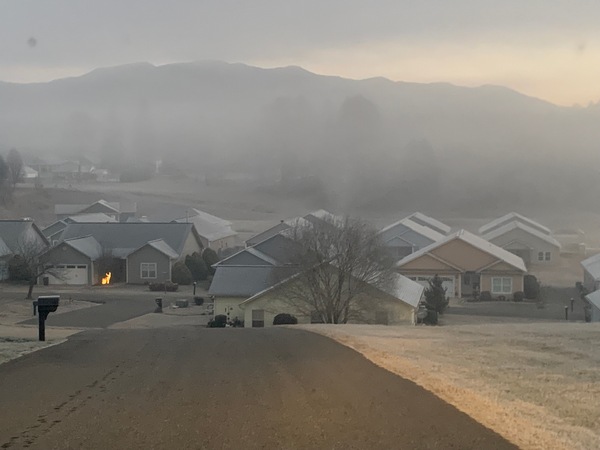 Later I walked over to the river. 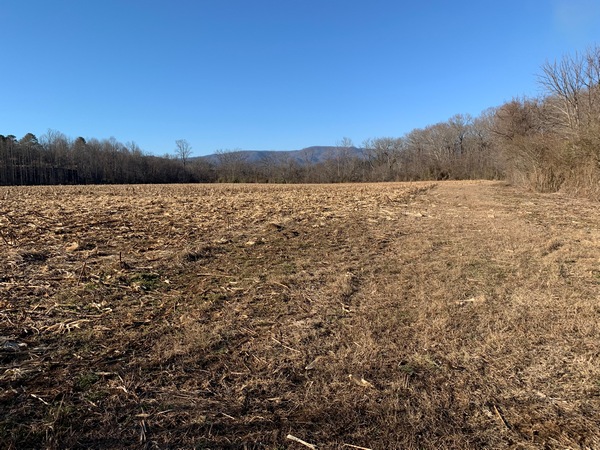 The corn has been all cut down. And the river has just a few places of ice from the super cold of Christmas. 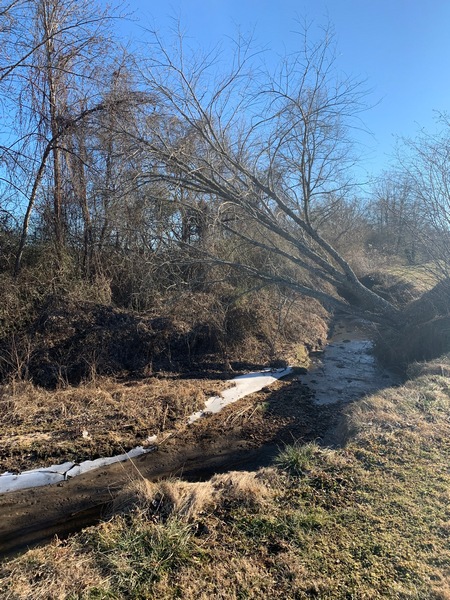 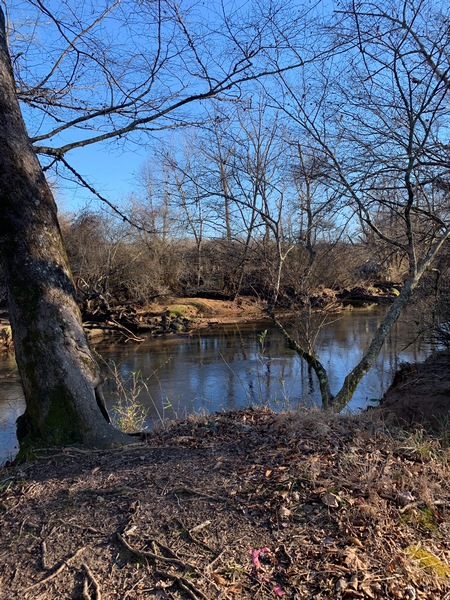 Two days ago I decided to mend the mud cloth pillows around the house. These got me thinking of how they came to be in my home for so many years.

Verda Elliot was an old weaving friend who I was in a guild with in Michigan. She was a key person in the complexities of computer designing on looms. We moved to western North Carolina and shortly after so did she and her husband. Before she left here for San Diego, California, she gave me her mud cloth panels. I used them to cover pillows. Verda was quite the mentor in the guild and was very sure to not let sloppily-woven garments, etc get past the scrutiny for being sold under the guild’s name. I certainly appreciated her eye for excellence and like to think standards are still being adhered to in the craft world.

Today, even though I am fighting a cold of sniffles, coughing and overall fatigue, I decided to open my old shoe trunk containing all my cloth and get out fabrics and patterns. 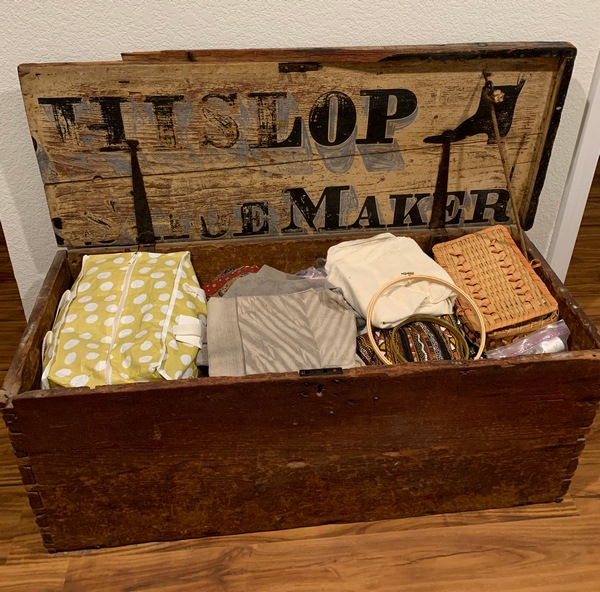 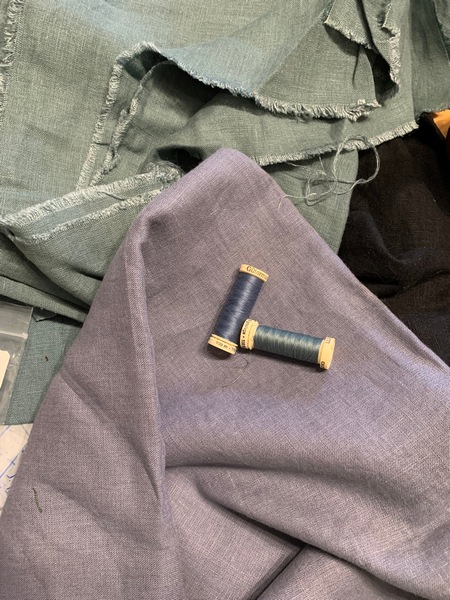 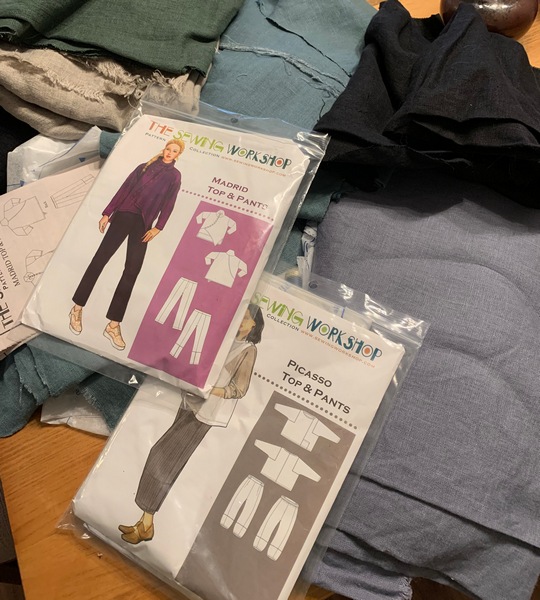 Cutting out one pair of pants before stopping to fix a smoothie for lunch…then I knocked the blender and that banana pineapple almond drink ended up all over the counter and floor.  Took a while to clean up and now I have stopped for the day.

Maybe tomorrow I will get back to cutting out clothes…..maybe.

I went to a movie with the men and MaryJo the other evening but canceled going to a neighbors tomorrow for gumbo.

Til later….next year in fact!