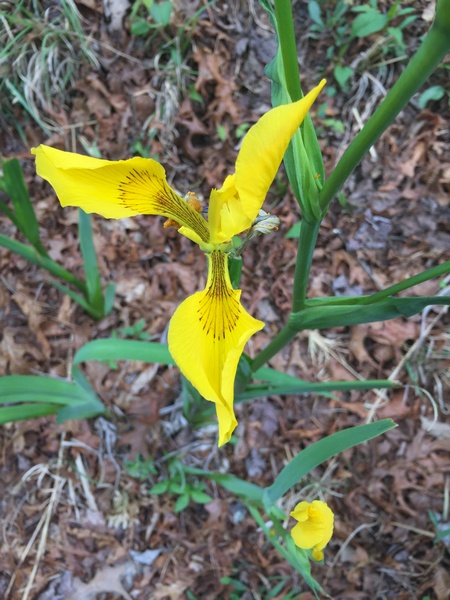 These yellow irises are quite stunning close  up. And there are more than ever along the driveway this year. 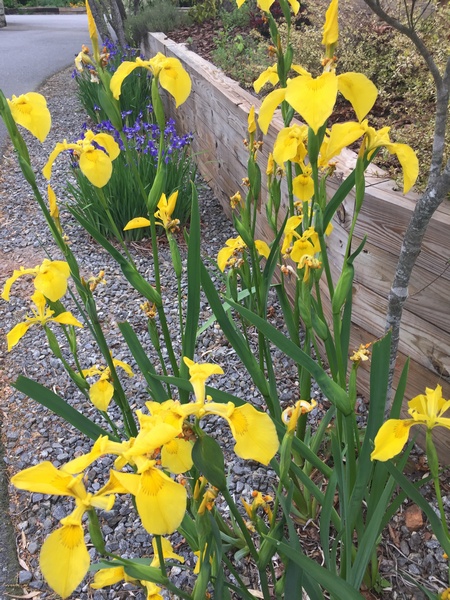 Even the Siberian irises are more plentiful. 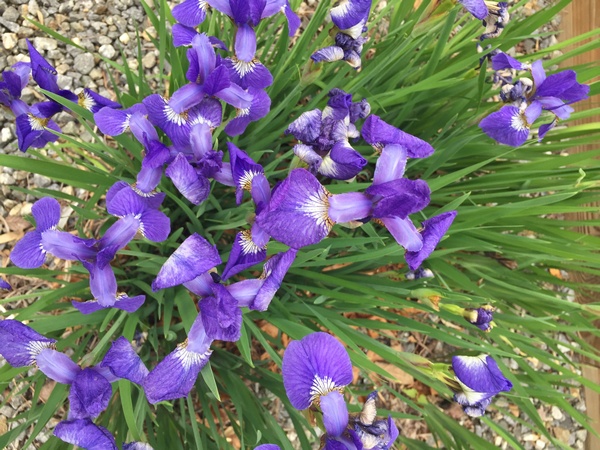 And this is the first time we have seen some of their offspring show up white. 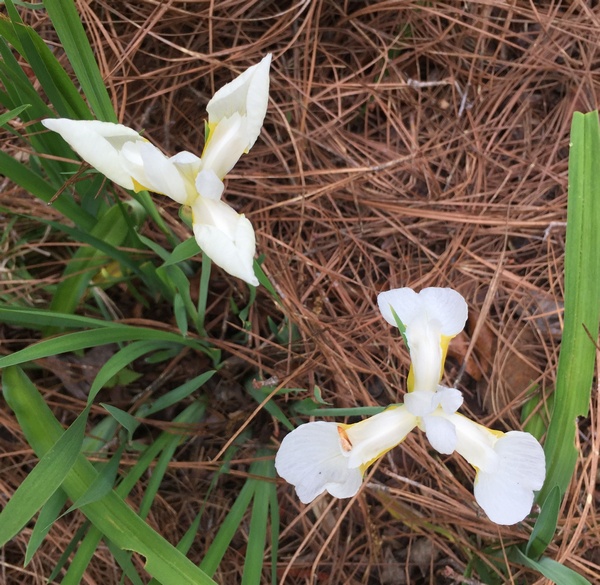 The deer leave these along but have ravaged all hostas not five feet from the house, azaleas further out in the yard and anything along the top tier of the stepped plantings on the other side of the drive. It is only because we have fed the deer and it is a thing that Lee still does each morning. So of course they see anything we have as a food source.

But the garden shop informed me that Eucalyptus was deer retardant. So I bought all seven that they had. Six went in among the bushes they have paired down along the driveway and one I am keeping on the porch in a pot. 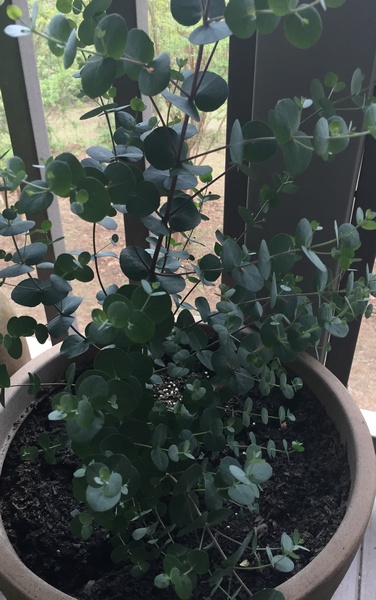 I am not sure how long they will last. But just the idea of having something like this in the yard and house is nice. When I ask the local florist if they have bunches of Eucalyptus they tell me only during bride bouquet season. Funny, I think most people want it year round….especially those using it for contact printing.

The only other news this week is that I will have to bring studio work upstairs to work on for the next couple of weeks. By this time next week I will be in one of those big boots from foot surgery and getting up and down the stairs will be problematic.

I ordered memory sticks to move material from this computer in the downstairs office to my laptop upstairs so I can work on photos and some writings.

The small sheets colored with the watercolors made with Australian soils will come upstairs to be stitched into and bound together.

There are the rest of the new Norwegian crime stories on my Kindle to read. And I will order the new book by Jon Meacham titled, The Soul of America. He has written about several presidents over the years and after hearing his interview on NPR, I think this might be a book for most of us to read that are living in the nightmare of the present administration.

We are having a small dinner party this week and I want to put some things in the freezer to make cooking easier for both of us later on.