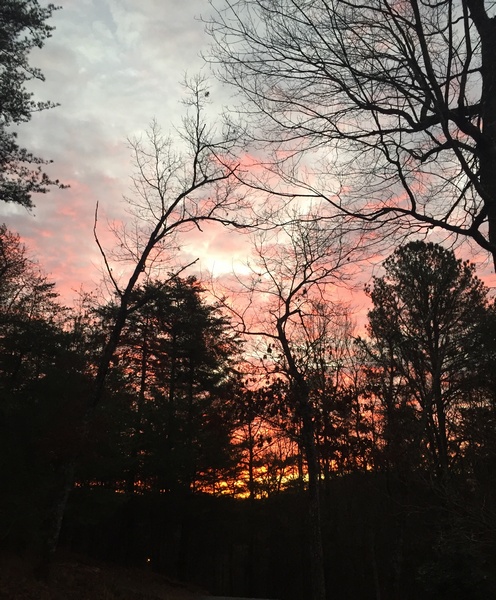 It was a lovely sunrise two days after Christmas. Our company still here, still helping out where needed. Even the western sky was beautiful that morning. 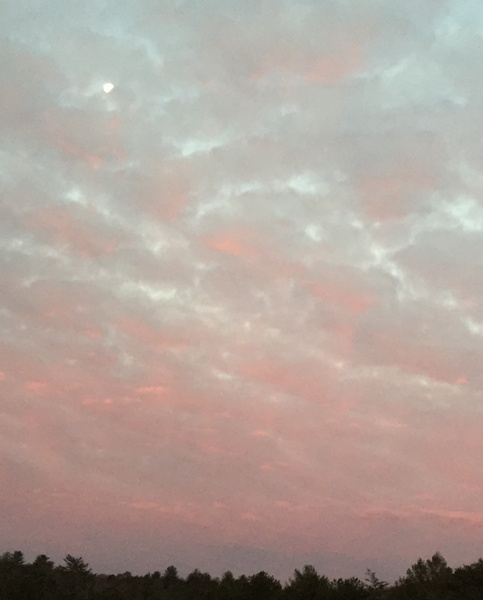 They have all gone home now. Amy and Marla helped me exchange beds between the apartment and downstairs guest room. Now the twin beds are in the apartment and all the better to house private students. And honestly no one wanted to share the bedroom down stairs with anyone else so now just the double bed is there. I need to rearrange the pictures and add some decent lighting but other than that, a big improvement.

Patrick stayed with his dad in the workshop and the two of them made things.

I had the gift of time in the studio to work on the piece I started earlier and here it is so far on a panel measuring 25.5″ x 28.5″. Lots more stitching to go and those beautiful little stones I covered with cane toad and kangaroo hide were so very helpful in holding the sticks in place while the glue dried. Moving things around on the “canvas” is the best part. And then suddenly it says, “Enough. Leave me here.” 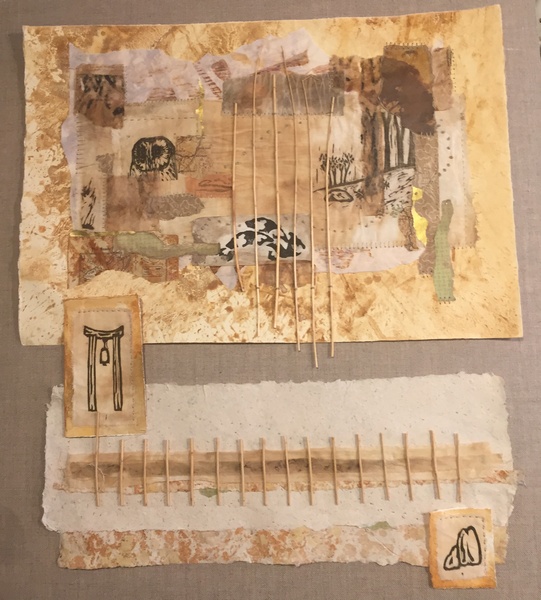 I will show a picture when it is finished and behind the frame. Here are some details of sections that might just be finished. 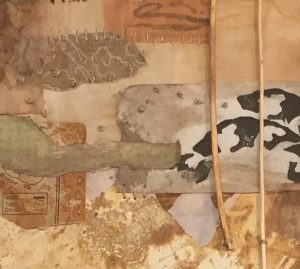 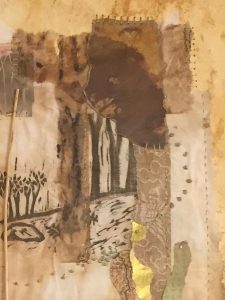 I will finish it this week and then look for other frames that have not been used and do a few more of these. It is relief printing on cloth, various papers that have their own history that seems to fit the narrative. This one is called “The Roads” simply because those words appear somewhere in all that is happening and the image makes me feel like I am or have traveled somewhere into this space.

Collecting loose threads and holding things together is where I imagine myself to be right now. And no wonder. Just this past week when this thought occurred to me I went around the house and photographed things with loose threads. I have always been collecting them it seems. 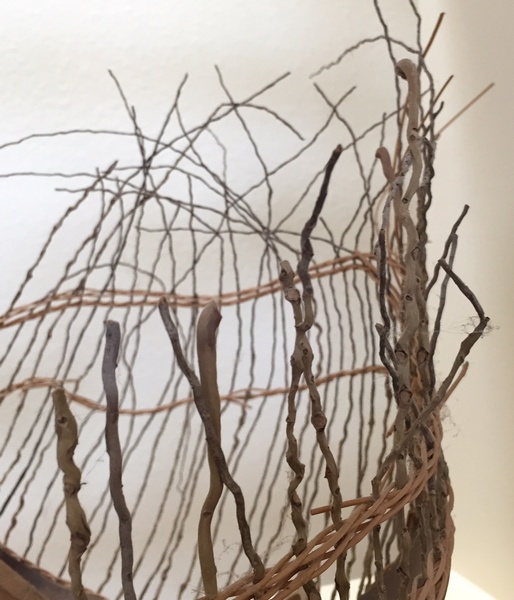 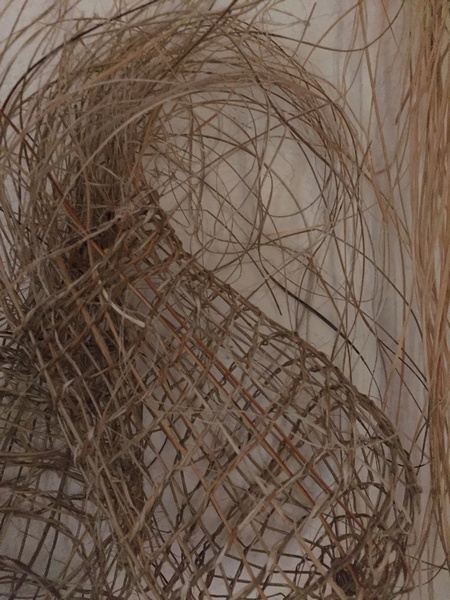 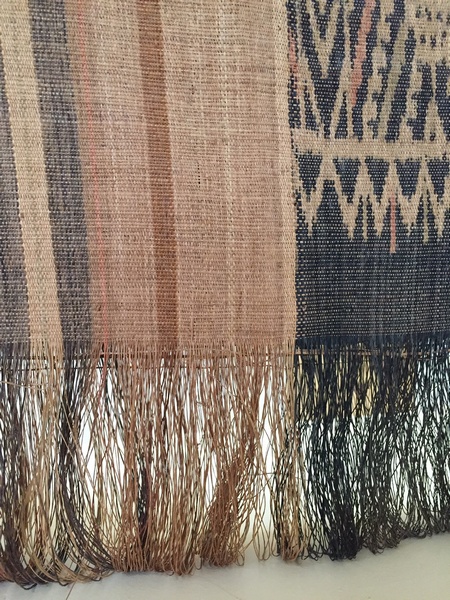 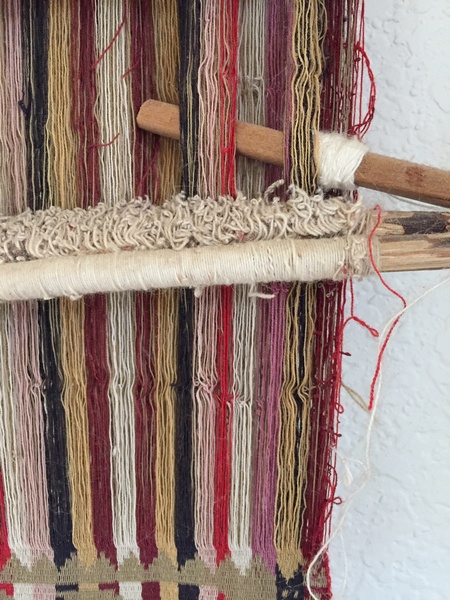 In textiles from other places. 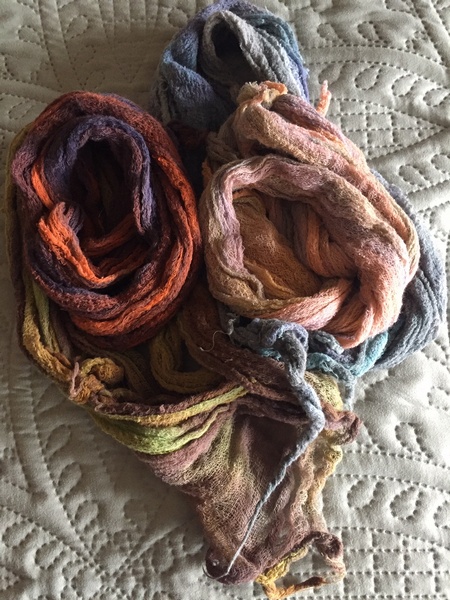 In my favorite gauzy, thready scarves bought in Australia from Mahdi. 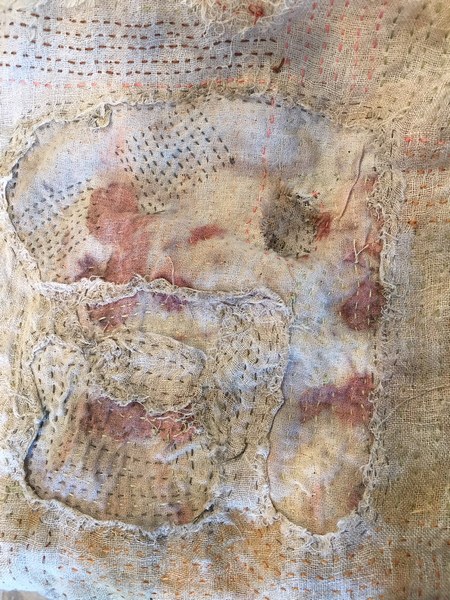 In my hand stitched pieces. 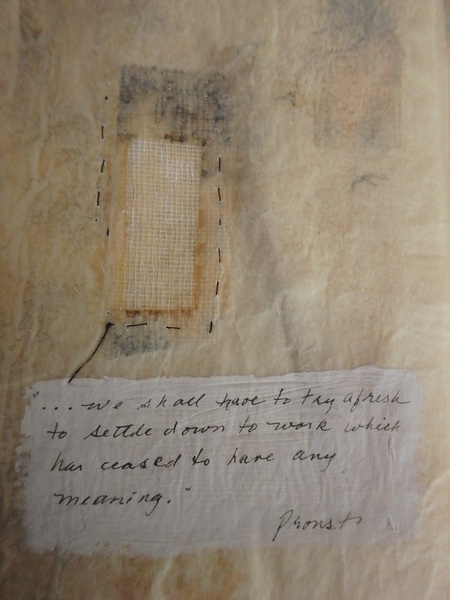 And as illustration in my books. Even Proust is reminding me again that “we have to try afresh to settle down to work which has ceased to have any meaning.” So easy to say and so hard to do, that picking up and starting over to get it right, make it matter.

It is hard to just give up on something that demanded all your passion at one time and then without even noticing, it has become something less, something asking to be left behind…or just left alone for now.

But I think I had success this morning with the ginger marmalade! Last week it refused to set up, so with new lids and more pectin and a bit more boiling I think I have it. Six jars of chunky ginger bits and eight jars of ginger jelly. 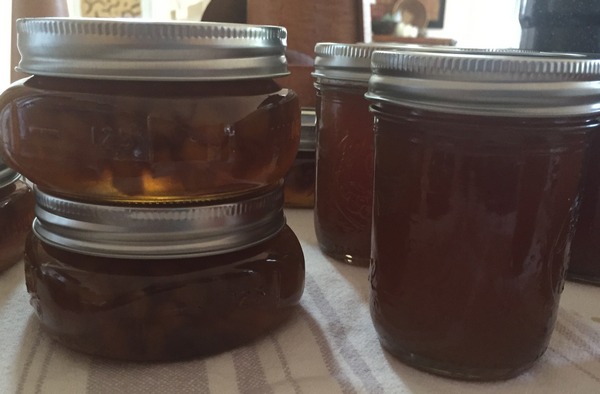 My suggestion on this marmalade is just buy it if you can. An awful lot of work for something that needs starting over half way through the process. But the flavor and the aroma might just be worth it.

And one more thing….earlier this month I saw how easily it is to thread a needle by rubbing the eye of the needle across the thread. It is supposed to just loop up into the eye. Well, it doesn’t! And even the you tube video showed the fellow demonstrating it with a rather raw palm where he had rubbed it silly trying to make the video.

Don’t bother trying it. Just get your glasses on, lick the thread and spend the next minute or so trying to find the hole…..make sure you have a good length of thread to avoid doing it all over again a minute to two later.