The other day I posted the recipe for a Turbo Tonic on Facebook. It came from a friend in Australia who considers this her favorite drink. It is equal parts gin and cold coffee, then tonic water and lime or lemon…just add ice. It sort of dresses up, or down, a gin and tonic. Reviews have been mixed among those mostly not committing themselves to actually trying it. But so far one good convert.

I was sharing the recipe with our kids on a group call. We do this twice a week to make isolation a bit more bearable. We also have a drink on these calls and then they mail the labels from those bottles so they can be added to the Covid Coping Book. The book is close to being filled up with labels and I will have to make another…maybe more than one to get us all through. 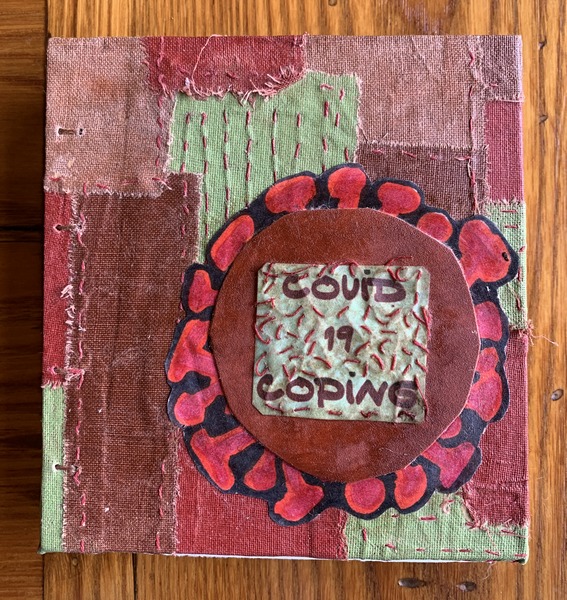 So in one of these calls and after a drink of a Turbo Tonic, I told my kids that when I was a child, I did this very fun but very strange thing. To get a nickel from friends so my brother and I could go to the Saturday movie in this very small and very up north town, we would charge them to see us eat poison ivy, shatter old plates over one another’s heads, and as a big finale, but only after a good rain we did the following:

Note: Let me be clear here, it was early fifties. Eisenhower was president and we were pretty much left to amuse ourselves. There was no weekly allowance for doing chores that were just part of being in a household with others. And my brother and I were pretty creative…both growing up to be artists. We were quite sure it was poison ivy because we asked our mom and if you hit the top of the head with the center of the chipped, thrown out plate, it did not hurt but shattered perfectly.

So after a good rain and water filled the ditches, we would take an old rusty bread pan and catch what we called “rain fish” from the ditch and enough of the water so he could swim around. These fish only were in the ditches after a rain and we had no idea how they suddenly appeared. We also had a length of rubber hose that was about four feet long.

So any kid who would eat poison ivy had no problem charging their friends another nickel to see them slurp out the water without swallowing the fish. Yes, crazy, I know that. But a nickel is a nickel. The fun part was we had a friend, David, who just knew he could also do it. He got that fish in his mouth every time. The secret is that you have to keep the hose at the tail end of the fish…..away from where he is headed.

So our kids were not all that surprised when I told them about this in the call. They know that I have very few people to talk to and share stories. Plus they are kind and seem to be genuinely interested in my childhood.

So here is the outcome of that call. As a treat on our next call our son made this drink to “share” with me. It is not rusty but still a bread pan. He added some gin and lime to give the water flavor, tossed in some miniature Swedish fish and found a flexible straw. 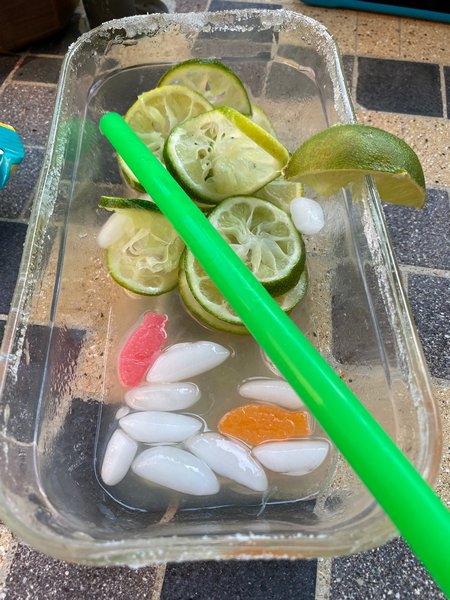 I am sure all those limes were to simulate ditch side vegetation. 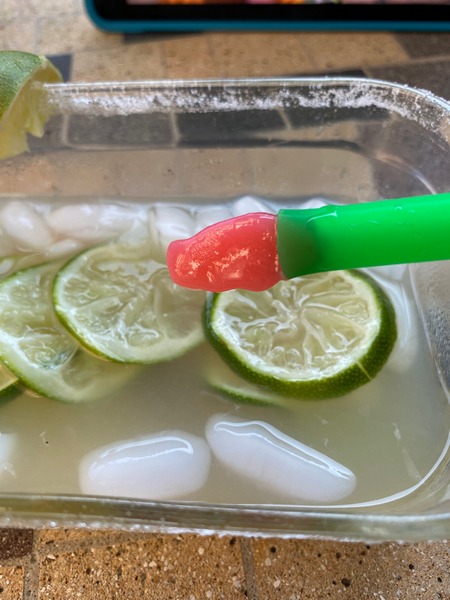 I was delighted beyond words to see this ingenuity! If he had been here in person, I would have paid him a nickel. He is sending me the fish and the “hose” so I can make my own in a bread pan….and of course there was some alcohol added….gin or vodka, I will get his recipe. 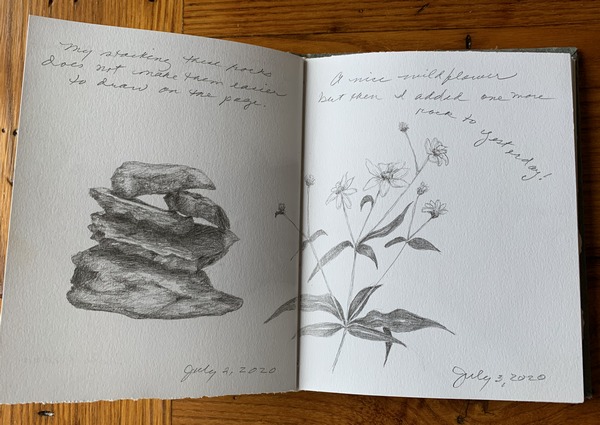 My stacking these rocks

does not make them easier

to draw on the page.

but then  added another 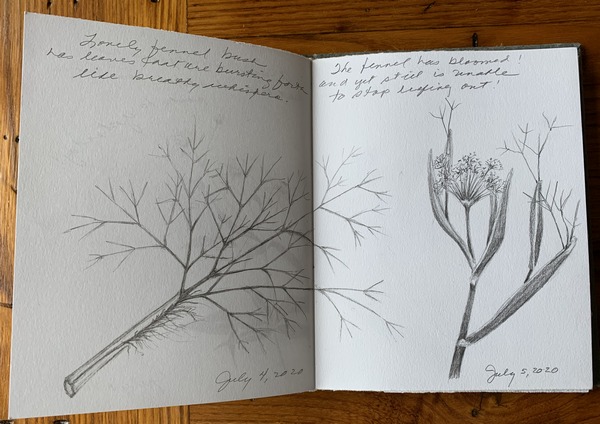 has leaves that are bursting forth

The fennel has bloomed

and yet still is unable

to stop leafing out.

And a bit more news today. It has taken quite awhile to get this post written. Yesterday our air conditioner went out. First off I had the fellow visit it outside to hear the noise. Ah Ha it has frozen up. We will turn on the fan to make it unfreeze. Visiting the actual machine in the basement, Ah Ha it is the capacitor.  Good he has another one in his truck. Gets the old one unscrewed and realizes it is the fan blades! Unbolts the fan to see that most of the blades have banged themselves loose. Ah Ha we will order a new fan! Then on close examination the motor may have been damaged. Ah Ha let’s get a new motor, too!

Fine, whatever it takes. He has to go visit his pastor to fix something there. I ask him not to put the pastor ahead of us. I tell him his pastor has connections and maybe he (pastor) could try that first.

I am assured that he won’t forget us and will get back with me later today about whether parts are available tonight or tomorrow morning. This man is big, covered with tattoos, looks to be about mid thirties and since, like I said there are few people to talk to, he is happy to share that he is fifty-two, is a grandfather to an eighteen year old boy getting his driver’s license, belongs to a motorcycles for missions organization, and he never, not once, stops smiling and assuring me that it will all get better.

I get his card just in case I get down and drinking alcohol from a bread pan doesn’t help. When he comes back I will ask him to just glance at my dehumidifier and tell me why that has decided not to run.

That is it for today. Except that the caregiver has car troubles, there is no one else to fill in and Lee is dragging rocks about on his own. My studio time sorting out pages for The Stoat Story will have to wait til Wednesday.