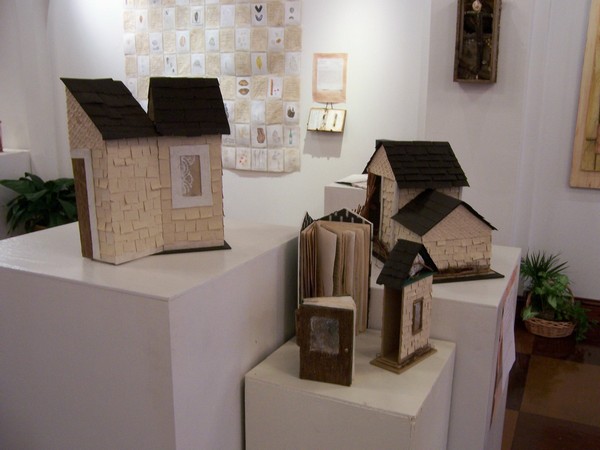 The statement of these houses when they appeared in an exhibition titled, “Evidence of Experience” is as below. I think the year of the exhibition was 2000 at a local gallery where I filled the entire space with words and works that depicted my “evidence”.

Where I Once Belonged

“It was a patriarchal system where men managed the means of acquisition and made the decisions which determined our lives. The woman’s obligation (and usually desire) was to ease those determinations into existence.  As children we knew our place, our value, and our limitations.  We also knew that we were not necessarily needed and therefore easily excused to wander and explore our natural world in complete safety and with wild abandon.”

Those were certainly different times.

It was a series of houses replicating the one of my childhood and my desire to escape to the outside, to be free of being a part of the family. I was a child who needed elbow room. So the houses show my escape routes. Escape from that linoleum flooring of squares in brown and beige, that old fashioned wall paper, those curtained windows, the feeling of being closed in. I am sure I was a happy child, just a private one. 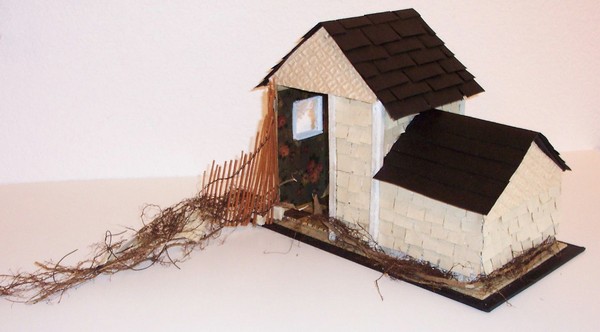 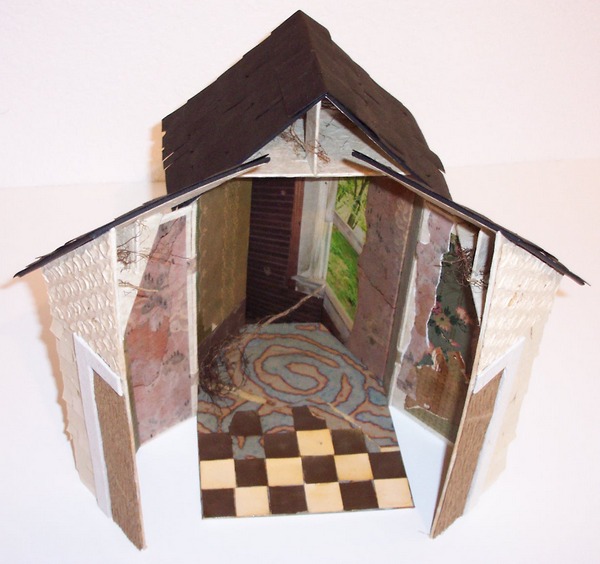 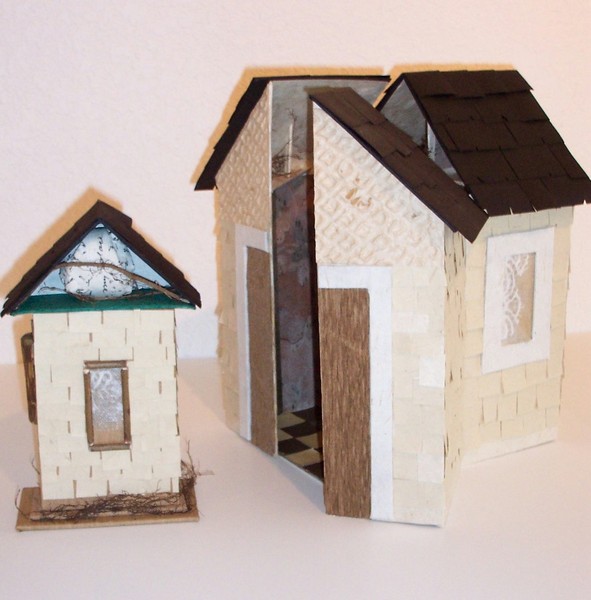 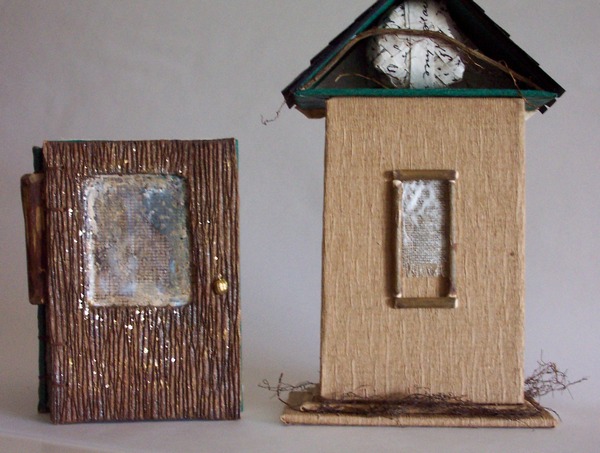 A book pulled out from another house with memories written and bundled into the attic.

The writing came from a paper I wrote in graduate school titled, “Observations on the Familiar and How They Determine Our Sense of Place”.

Note: I really loved graduate school. Maybe not at the times I had to defend my work, but it made me really think about what mattered enough to make art about.

Anyway, these pieces will be the first to be wrapped and shellacked for the eventual burial. And because I mention the patriarchal system I was raised in, the patriarchs will be buried with them. 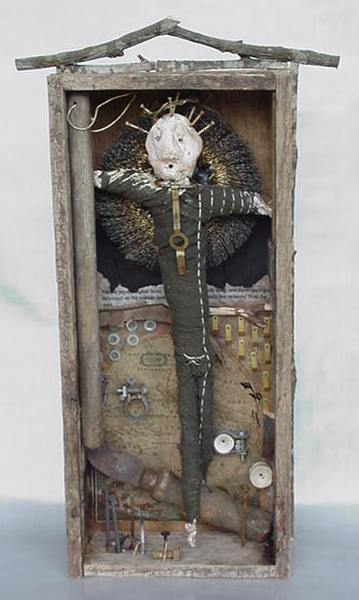 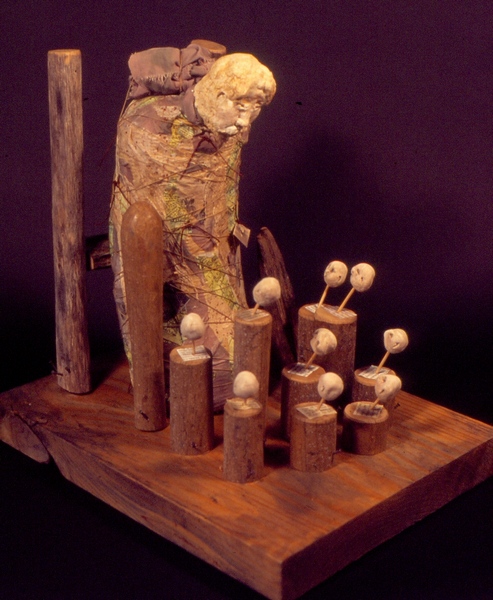 There are several more of those dear old patriarchs in the series….old men teaching the next generation how to be mindful of their responsibilities.

It is a whole lot of wrapping to get this section ready to go down first and I will have to find a designated area to pile the bundles. I might miss their company in the studio but it is time to let these things go.

The next layer after that will likely be the personal works about being a woman and the insecurities of all that entails. Not as large a group of bundles but sure do wish I had taken care of that a long time ago. So I am looking forward to a tight wrap on that work.

Then maybe the war works. Next the Expedition pieces which is the largest grouping I think.

Anyway, I am sorting out my thoughts and the pieces as I look for fabrics to strip and check my shellac supply.