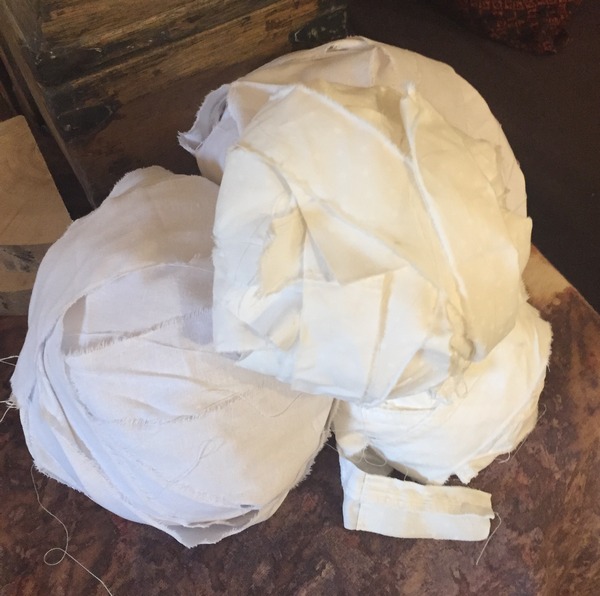 I went through all the spare white fabrics that I had and tore them into strips for bundling the first of the artwork to be buried. And to be honest it was difficult in the beginning for me to wrap the first house. 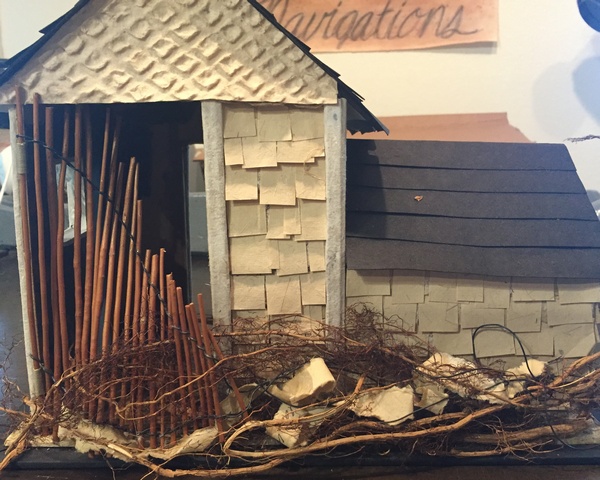 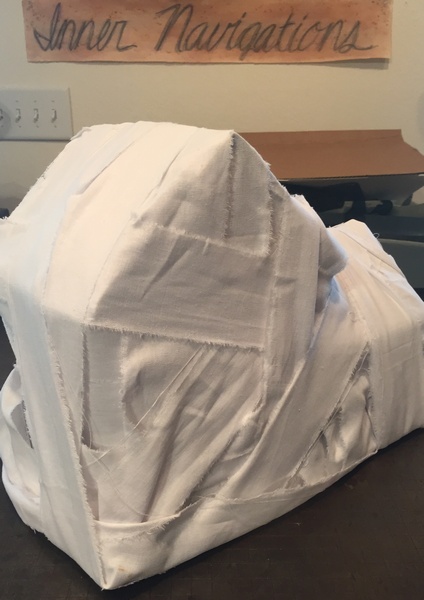 But once the wrapping started, the care of each turn of a newly added length of cloth, it became easier. Explaining why to our son who came down for a few days visit was easier than I thought it would be. He felt sad about it. I asked, “What should I do with the pieces?” He only said that he wished there was a place for them to go. And I said, “There is a place and I am getting them ready.” I think he gets it now. 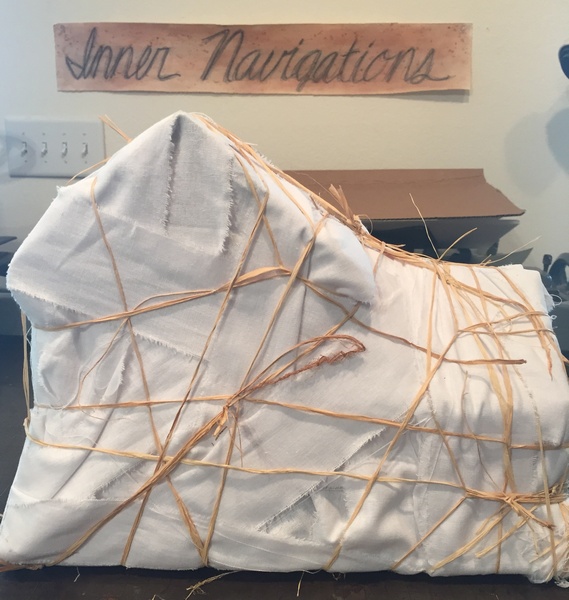 I used raffia to hold the wrapping cloth more tightly. It is a nod to my earlier basketry days. 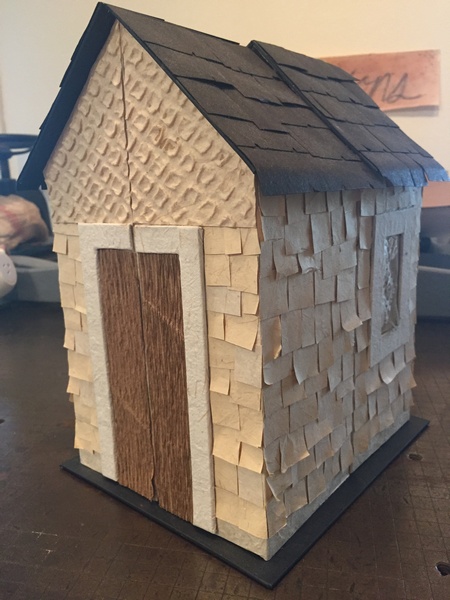 House number two closed up and ready for wrapping. Here is a peek inside to the interior and the chair I left behind when escaping into the open. The interior wall papers were photographed images of inside the house Dolph Smith grew up in and copies of papers an artist friend had at the time. They reminded me of the wall coverings of my childhood. Another word for “childhood” I heard from my Indian cab driver in Victoria. He called it his “earlyhood”. I like that so much better because it does not always conjure up the idea of small children. 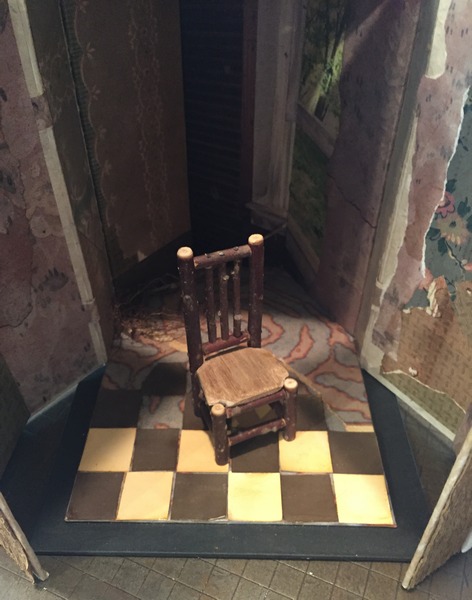 The last of the three. 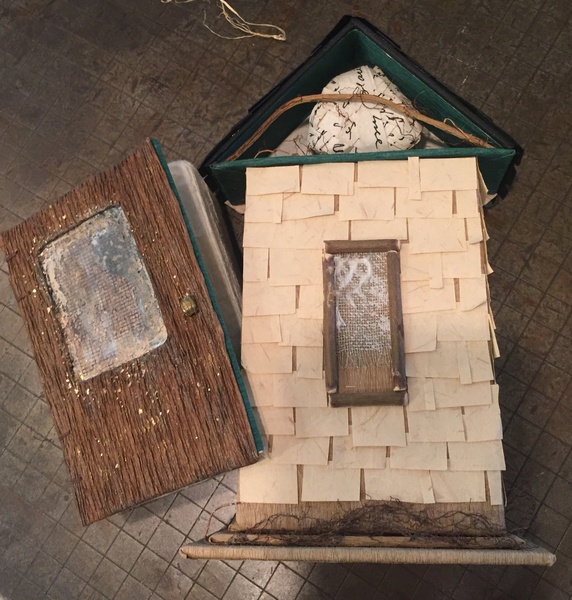 All of them bundled. 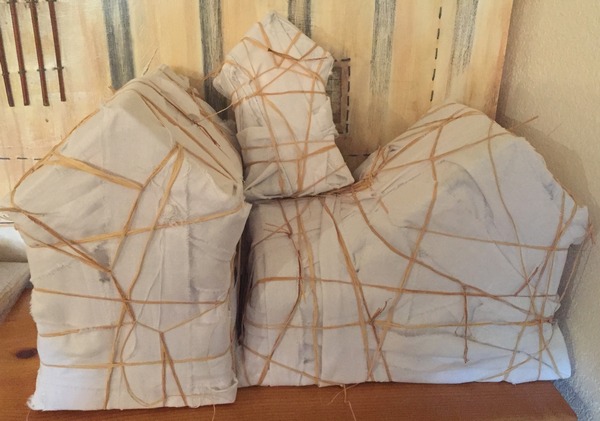 And the goal of an empty box. 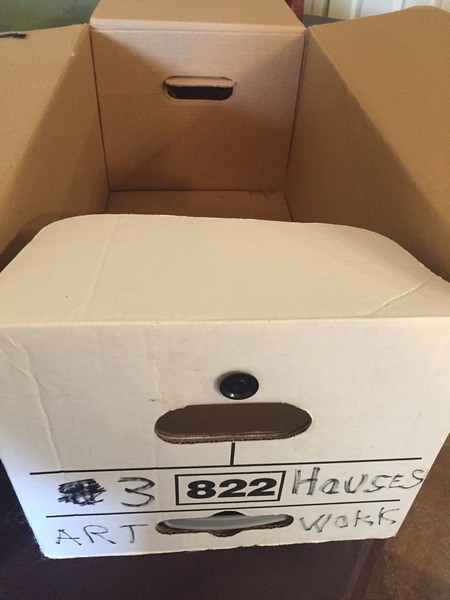 In the box was the house-shaped planning book. I could not wrap it up with the houses because I also used it to contain all my notes on a boat series that followed the houses. I really love all the thinking that went into working on how to portray what these houses meant to me…the houses of growing up. There are several quotes from Gaston Bachalard in this planning book. He had so much to say about the house in his Poetics of Space book. 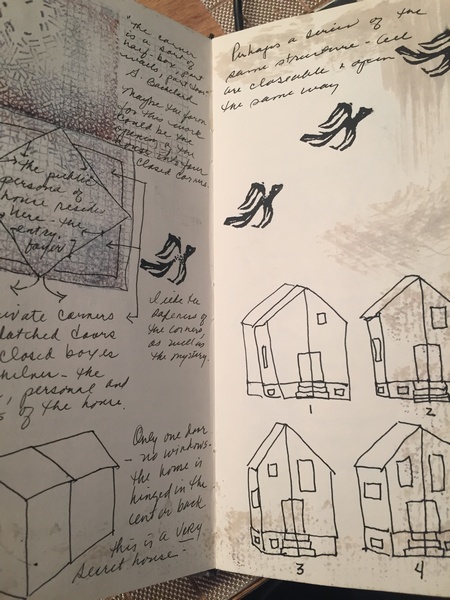 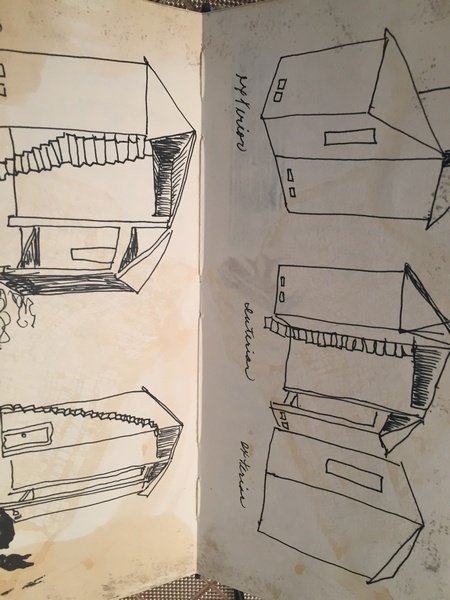 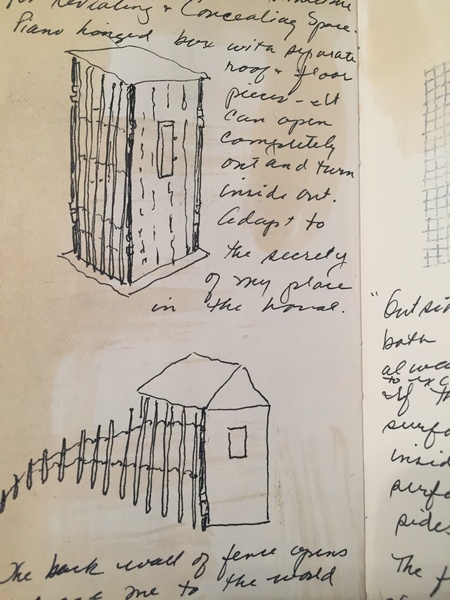 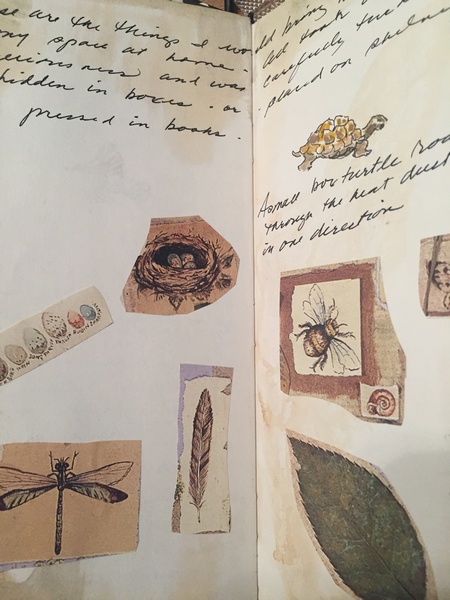 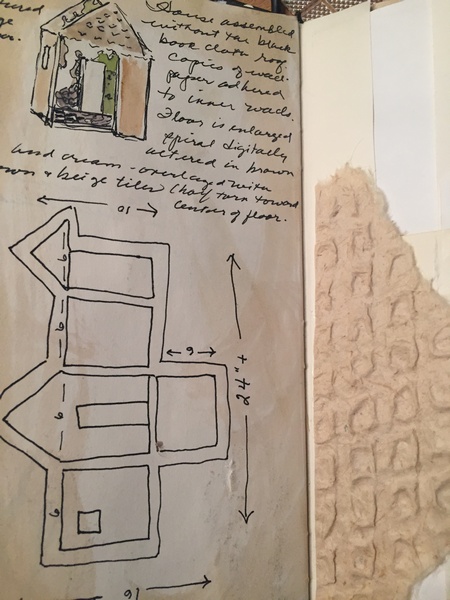 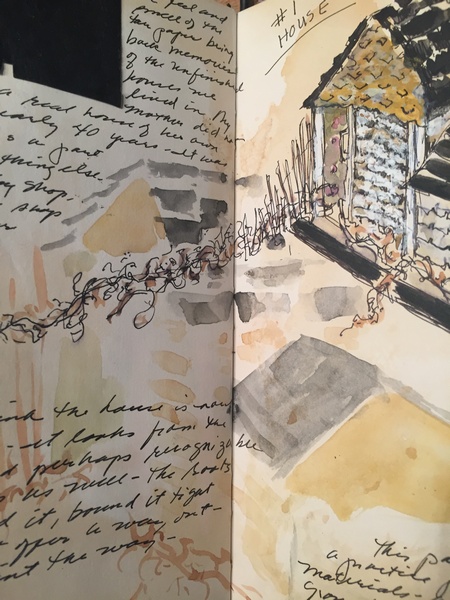 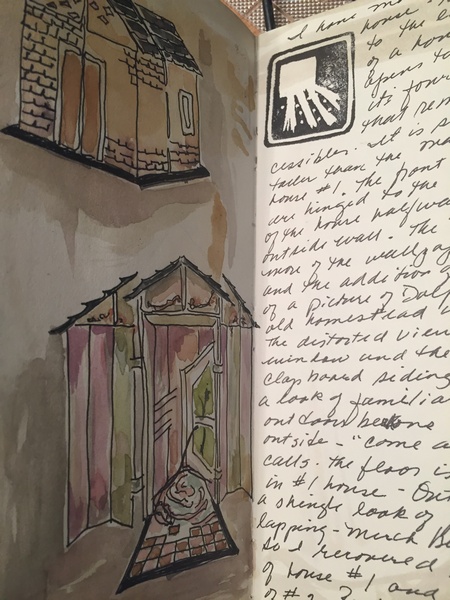 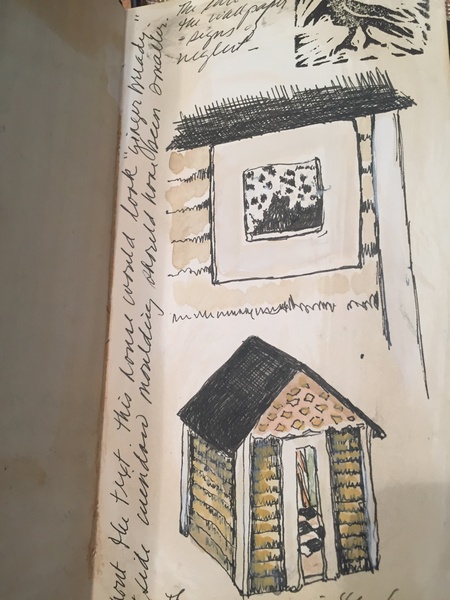 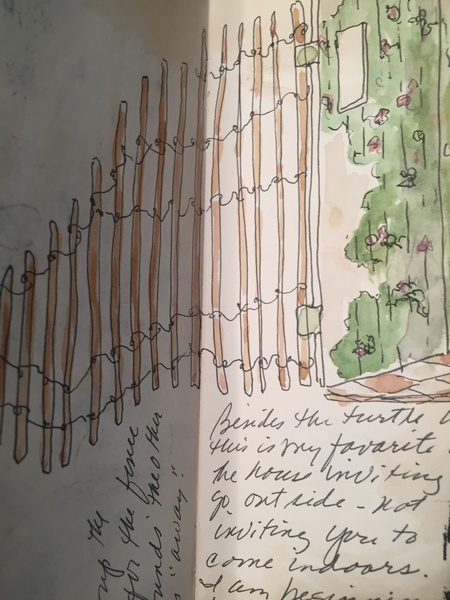 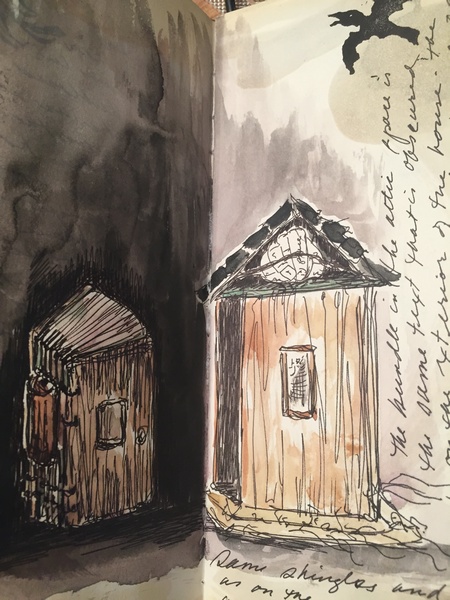 What was very interesting to me was how often I changed my focus on what I wanted these houses to say. Were they only about escape? Weren’t they also about knowing there was a place to come back to? It seems that this little planning book was a great way to explore what mattered about doing this work and how it should look when finished.

At the time I made them I sure did not consider how they’d look the last time I would see them. Now it is just the shellac and a bit of rosemary tied to each piece. (The rosemary is because there have always been bushes of it outside my studio and I think it has something to do with memory.)

Shellacking won’t come until I get all the patriarchs bundled and that is going to take some time.