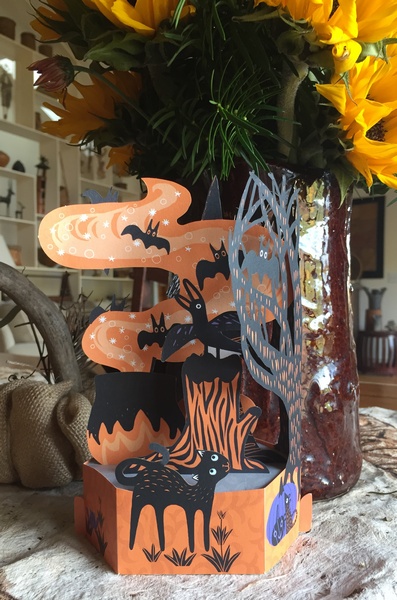 Halloween is coming. Today is our fifty-second anniversary. I finished my six-way book. This fun card came yesterday from the one member of the Art Group that stays in touch. Love it. Our doctor came for dinner last night and had some suggestions.

So I left off talking about the pages for the six way book. Then it went together under the supervision of Gian Frontini. Here are the stages.

The two larger books facing opposite directions and I added running stitches to the spines of each to give more texture to match the fore edges. 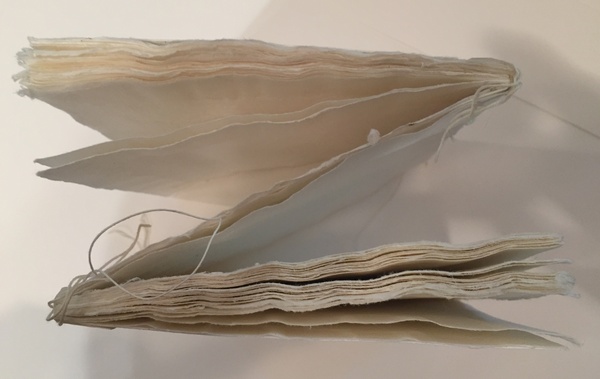 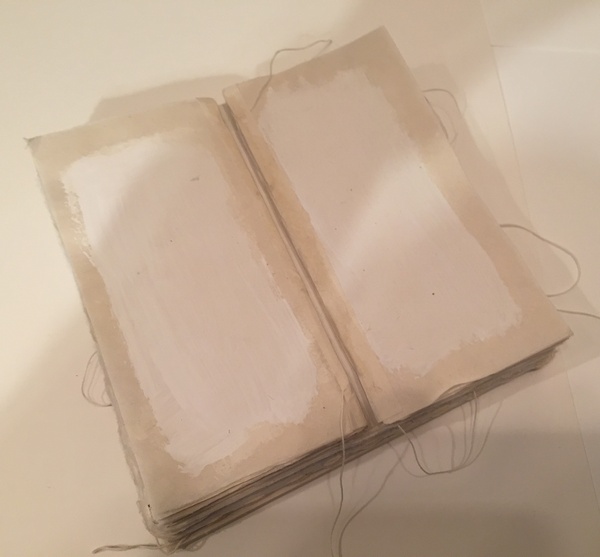 Four smaller books glued to the stabilizing boards on each back of larger books. 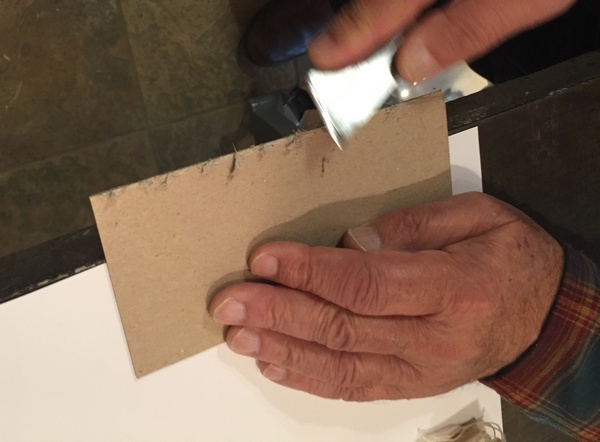 Gian shaping the spine edges of the four cover pieces. 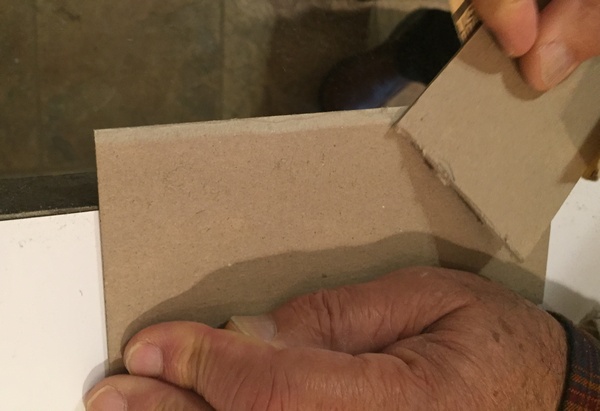 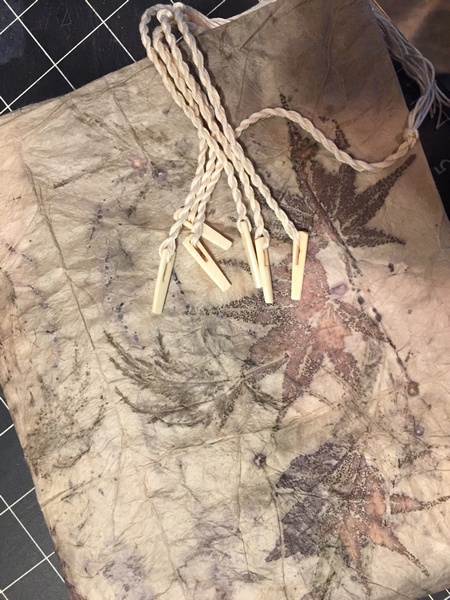 While I picked out cover material and made six clasps and cords. 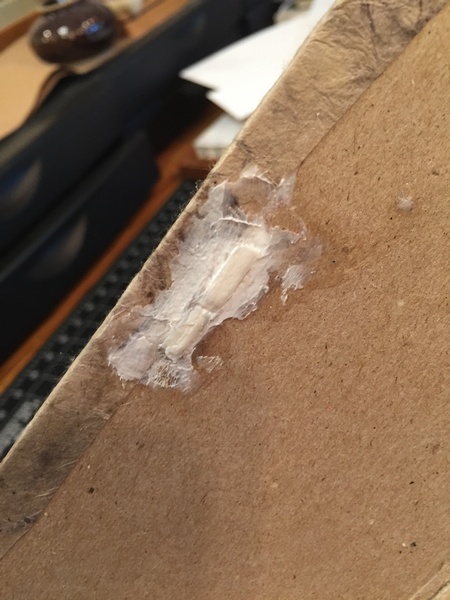 Gian recessed vellum loops for clasps into the covers. 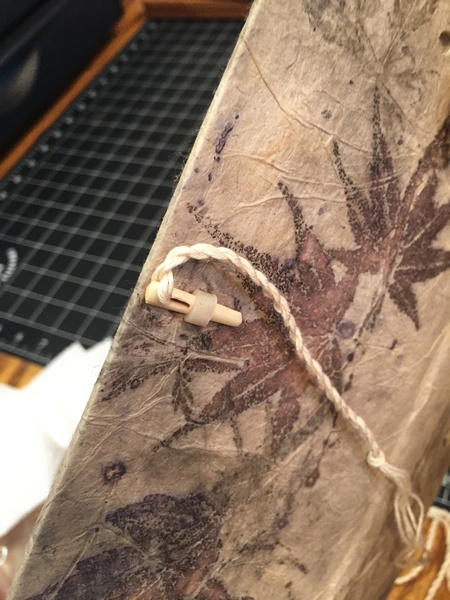 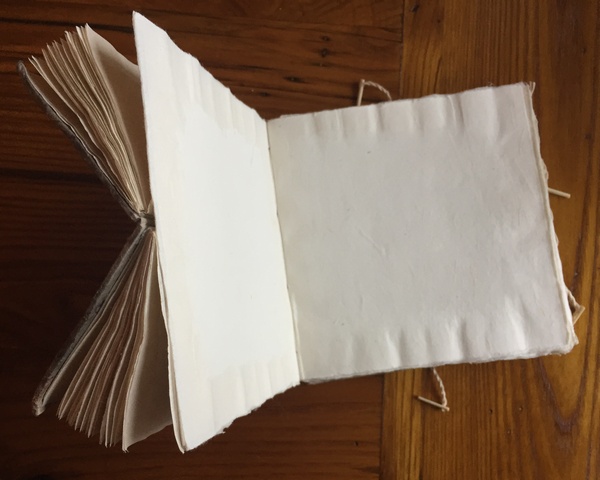 Bit of fiddling to get the right length of cord to close the book…put in press and done! 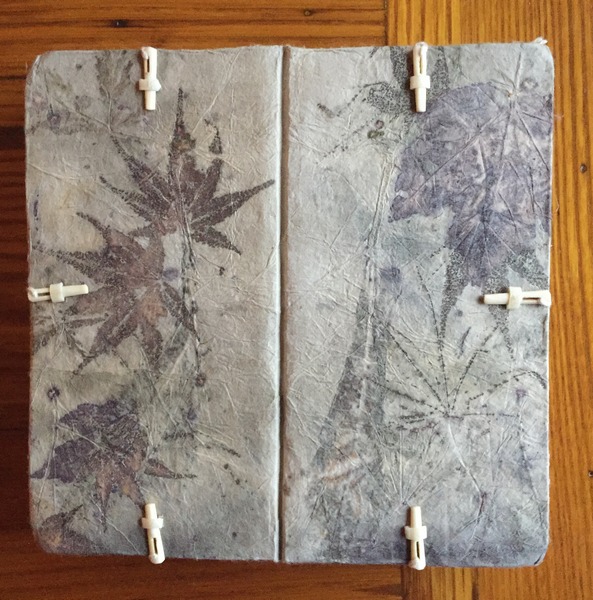 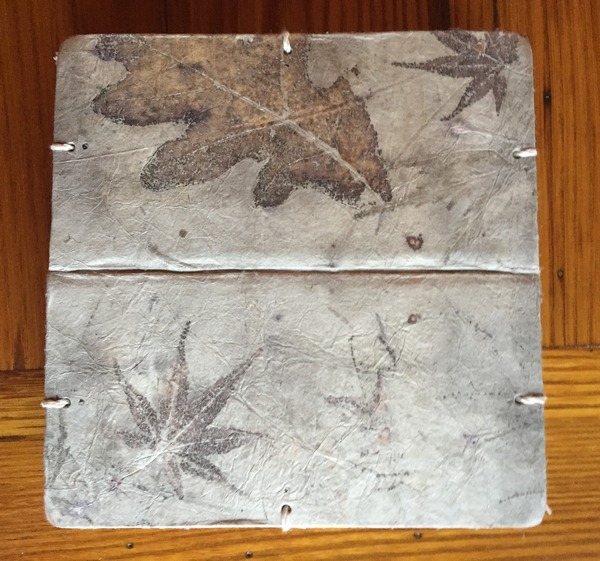 Here is Gian’s leather book that works the same way. 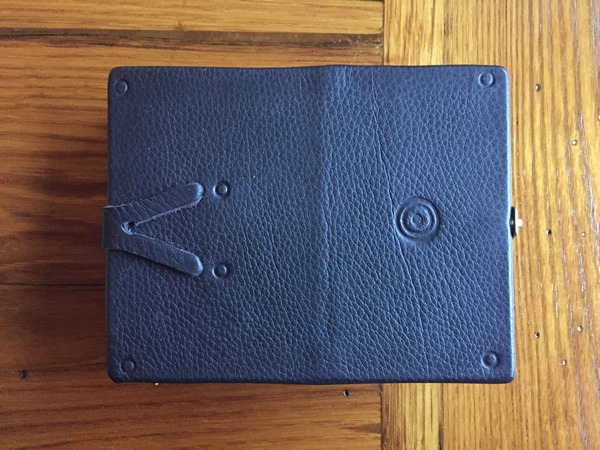 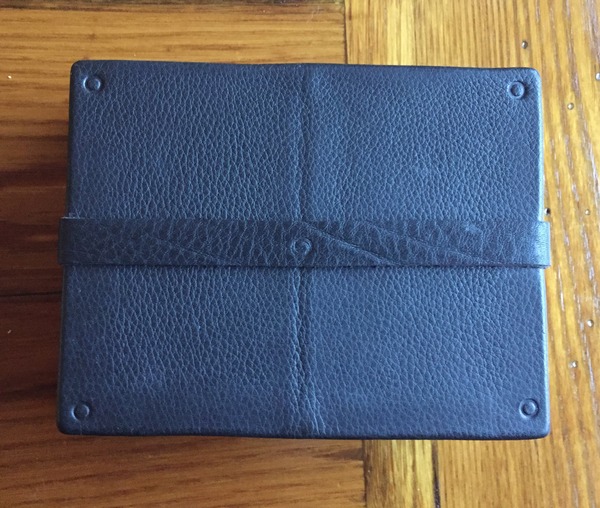 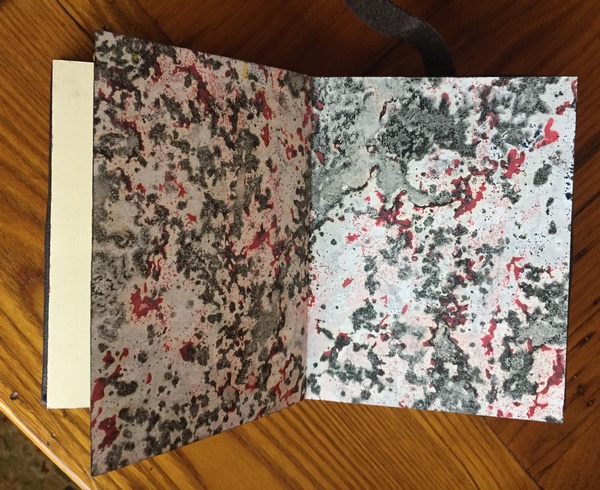 Gian is much more the traditionalist than I am. He would never hammer the edges of the covers to make the book look and feel more comfortable in the hand. I like doing that. Makes me want to pick a book up and hold it.

So now what to do with my book.  The thought came after an old friend called me after she read my novella, Kind Gestures. At first she thought it was a group of short essays on seven different women and had just read the first part. Then she copied the whole thing off and read the story. She told me to keep writing because she loved it. It reminded her of a favorite book of hers titled, The Road to St. Ives, now out of print. BUT she was so kind to call back a bit later to tell me she found one on Amazon used books and it is on the way to me. Isn’t that kind?  I decided that since I have been wanting to return to Oliver, NC where the fictional account takes place and revisit some of those women, I will use this six way book to write about some of them. Just phrases to get me back to writing, to getting into their heads. And more importantly getting me out of my own head! And I really like that each of them has their own personal diary that latches their thinking in secret places.

So that is how I will use my book. Will I ever make another? Doubtful. Tedious work and especially since it was originally designed for six separate prayers that I would be hard put to come up with, I am satisfied with this one off.

And speaking of writing, the haiku has continued. A friend in Australia told us about haiga, the Japanese practice of writing haiku and doing small related illustrations.  Which is what the six of us are doing with our Drawing A Day and Haiku.

Here is the latest of mine.

How can you claim that

“They are light as a feather,”

when some are grounded?

They march across time

and distance only to be

trapped in my journal.

We believe we see

ourselves in most everything

that crosses our path. 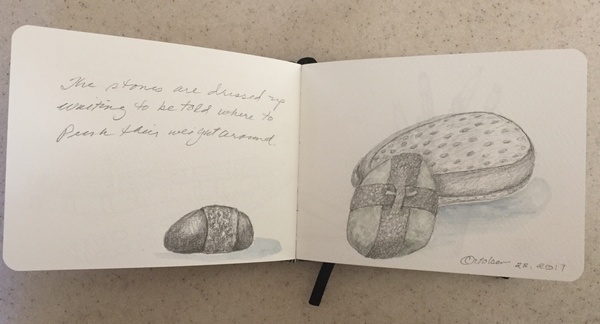 The stones are dressed up

waiting to be told where to

push their weight around.

The pens and pencils

wait in the company of 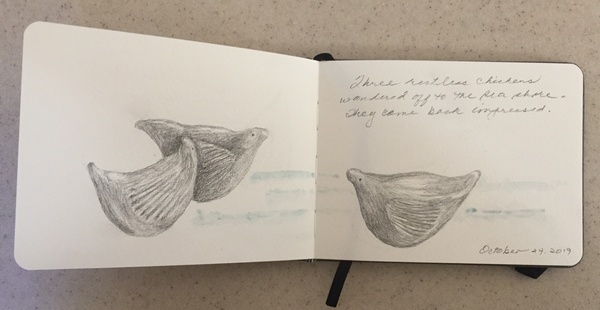 wandered off to the sea shore.

They came back impressed. 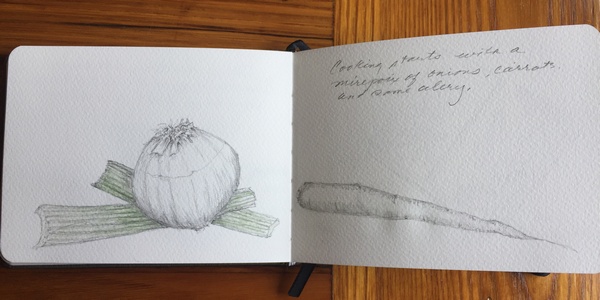 Cooking starts with a

A book that opens

six ways can inspire me for

Now I am off to bake more of those Second Best Malted Cookies I Ever Ate and do another drawing….maybe the cookies.

Tomorrow someone from the doctor’s office will call about being a rent-a-friend. Just a couple times a week for a couple of hours would be so helpful right now for both of us.

More later. But thanks Gwen for the encouragement on writing more, and Dick for keeping us smiling.