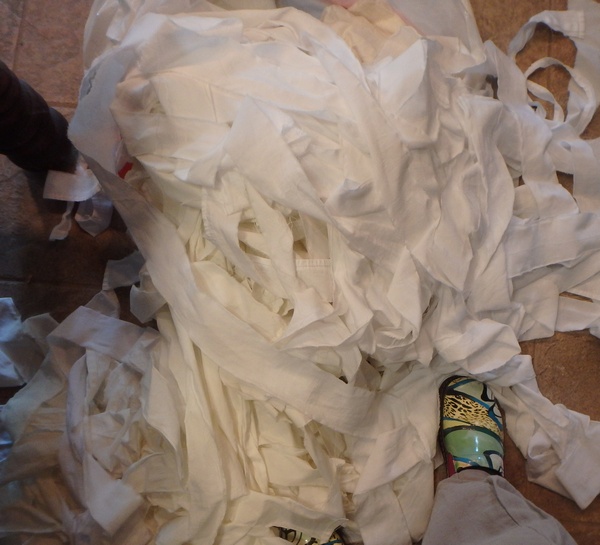 Stripping cloth to wrap the rest of the patriarchs. I emptied a very large packing box to reach the last of them. Here is the start and what is left to wrap. 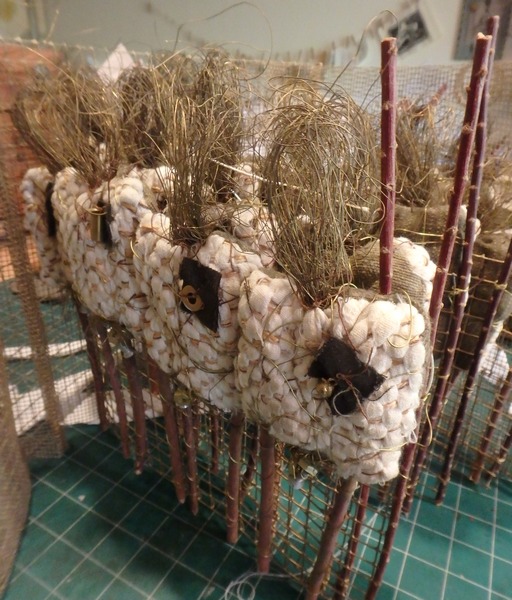 This is a large wire paged book on how the men I studied in graduate school always knew where they belonged. Moving from outside to inside or vice versa they always stood next to the same man. They kept their order of belonging. Their bodies were woven on the loom, the heads complex wrappings of wires, legs local sticks. Each one had the same private parts of two nuts and one bolt and each had a different token for their heart. These four moved from one side of the page to the other and kept their order. 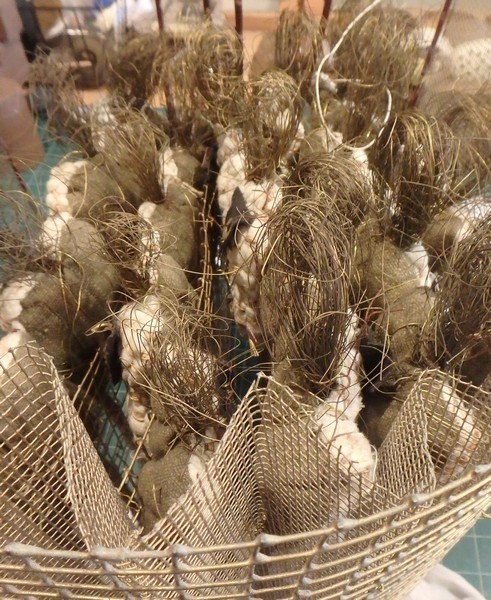 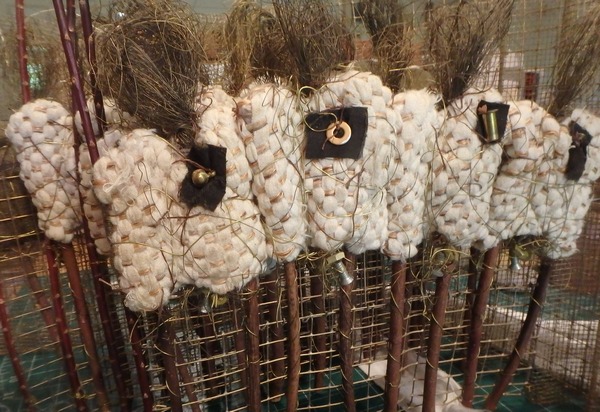 And how they finished up. 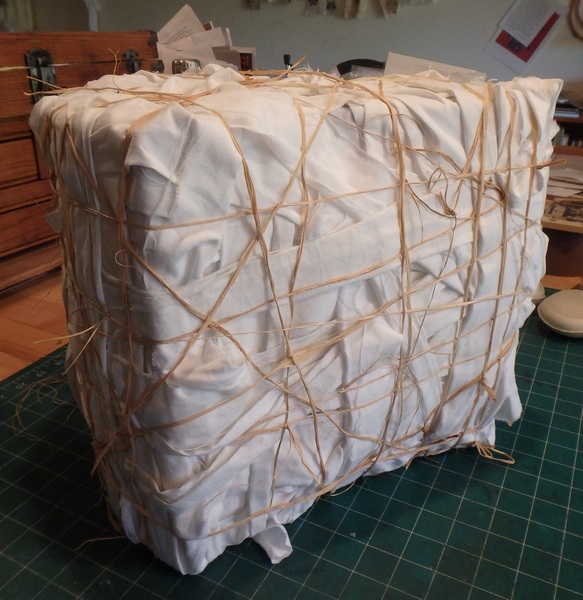 And another favorite. This old patriarch is teaching cooperation to his students. The local men I worked with while doing this series donated the old tools they no longer needed.

A close up of the teacher.

His students who learn cooperation by all putting the same end of the oar in the water to get anywhere. 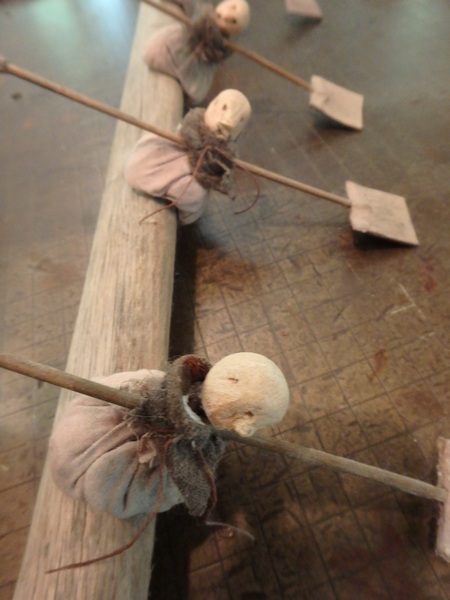 And the old man who teaches different cultures to his attentive students.

His students being the next generation of “old men”. 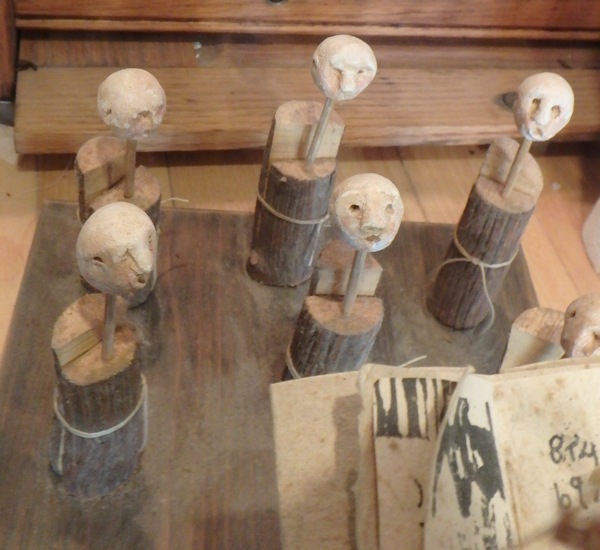 And his text book. 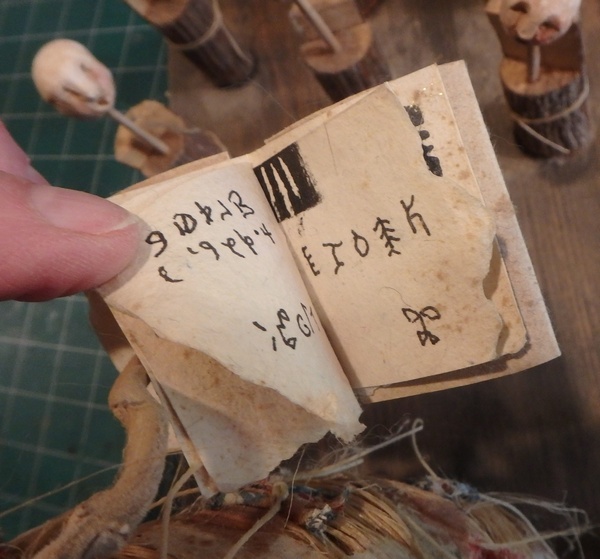 And the rest to wrap. 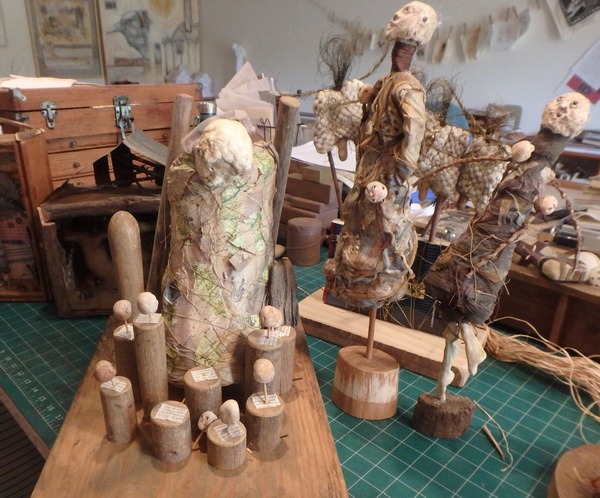 Different languages in the foreground with another couple of patriarchs in their houses behind. And the two who teach music and dance are below. They hold their students close. 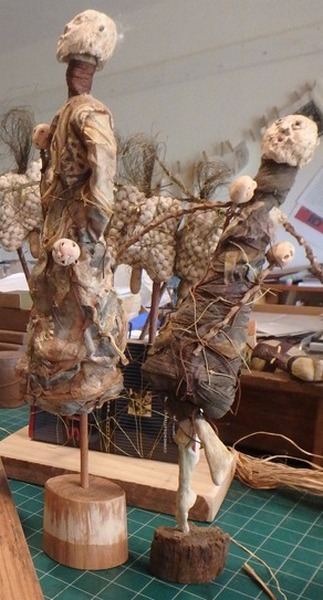 And finally “the graduate”. This one I can not wrap. It will go to our son as a reminder to help the next generation. He stands a bit helpless over a nest waiting for the doubtful hatching of the next old man to come, one who is trapped in this perfect egg-shaped stone. I always loved this one best of all. The futility of waiting for what likely is not coming and the honest to god hope that comes with it. Patrick will love this. 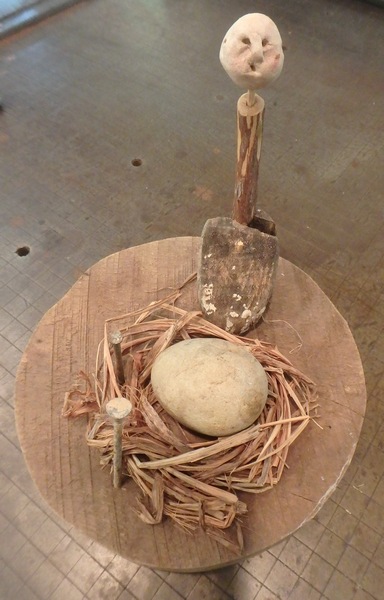 And here is one I found in the bottom of the carton. It will be tossed in the garbage instead of getting a proper burial……The Promise Keepers. They are trapped in their book of bigoted dogma. 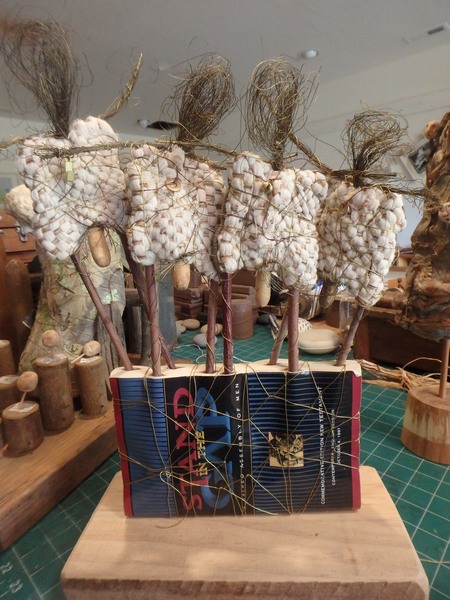 In case you never heard of them (and they may still exist), they are the group of men who could not keep their vows to wives and promises to children….usually because of a sense of privilege and an overactive libido. They would gather at the command of an aging football coach of all things and promise to go home and behave.

In graduate school a friend who was involved with one of these men told me that on his way home from the big gathering in Washington DC he called her to see if he could coax her into some innocent phone sex. Not sure he ever passed the test…..but she did by saying “NO”.

I did just enough research to make me want to create this piece but not enough to continue. Their uncontrollable bigotry among other urges was nothing like the men I spent time with and who allowed me to create art about them.

I will finish the wrapping of the men by this weekend and start shellacking all the bundles I have so far.

There is still one more box of men to do…..they are the ones who deal with the pressures and promises of being “masculine”. They will be fun to photograph one more time as they sail their iron boats in waves of text by feminists.

After that it will be the war series. And I am wearing myself out just remembering all the passion that went into the work I used to care so much about.