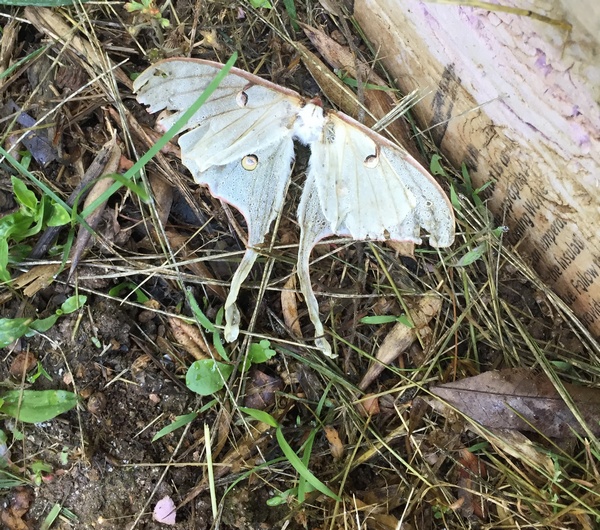 I found this beautiful remains of a Luna Moth yesterday. He seems old and worn out and fragile. I am sure he did his best. At a place where I was teaching a few years ago I would find just the wings of these moths and others at the base of a street light. The bats would go for the bodies and the wings just fell to the ground….loads of them. I think I will put those that I saved in the ground as well. I have already used them to make up bugs from my own imagination. 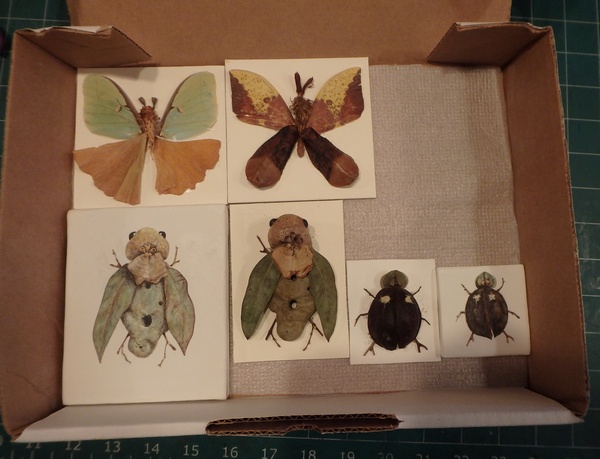 This series of watercolored insects on gessoed boards will not be buried. It never was exhibited but my daughter wants them, so they will have a good home.

Anyway, all the specimens from Expedition to Elsewhere have been wrapped and shellacked today. 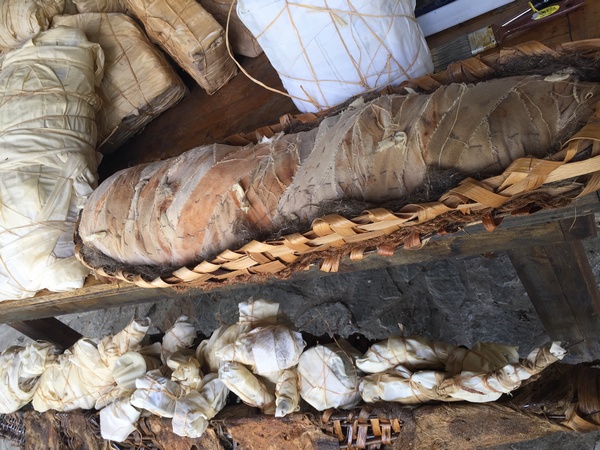 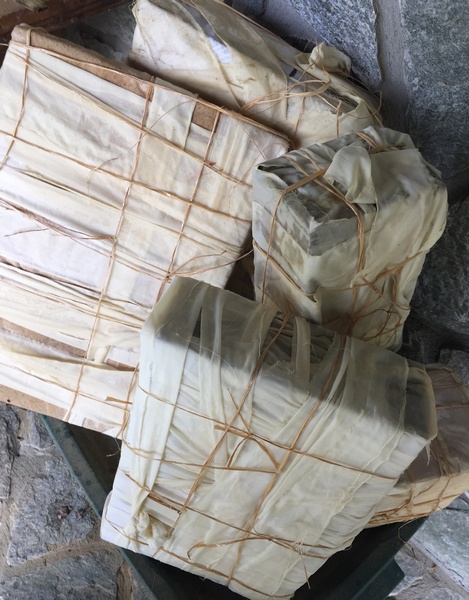 Most everything from the exhibit is bundled. 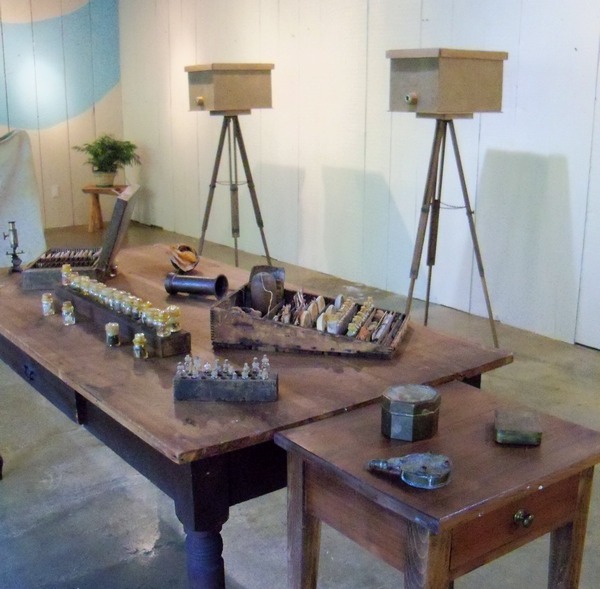 The three dioramas will be placed in the cloths that were earth pigmented. 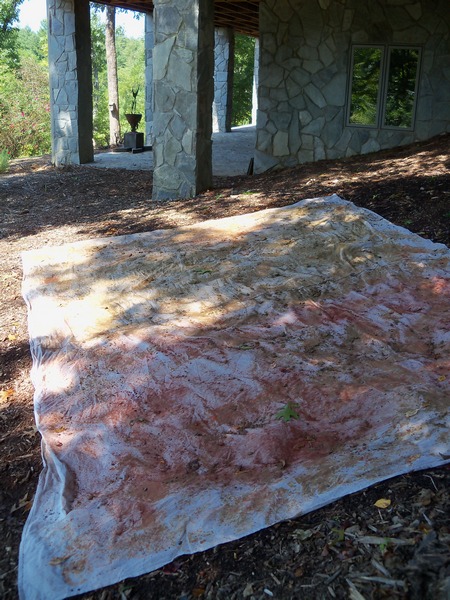 Hopefully there is a place for the burial site close to the studio like this place is.

Some of the things were hard to bundle, like the carefully arranged specimen jars/bottles. But the doubt passed as they should all be together. 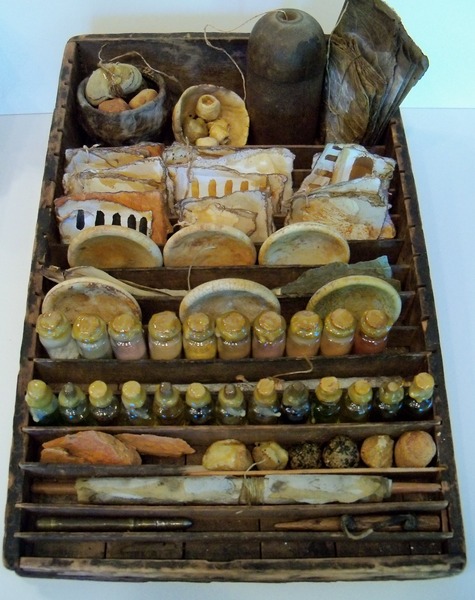 The maps and tools will go with the dioramas. There is not much left. 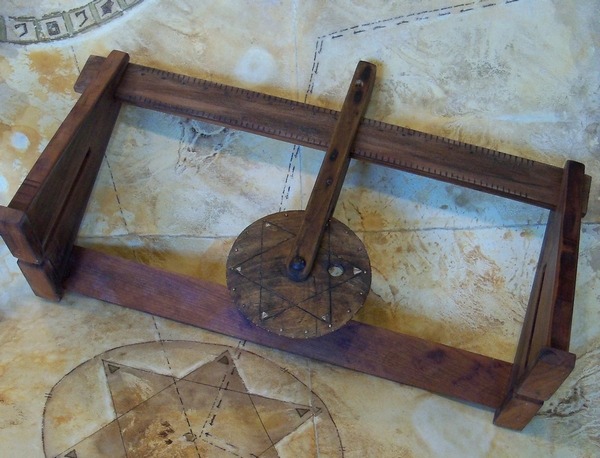 Always loved looking into the dioramas. 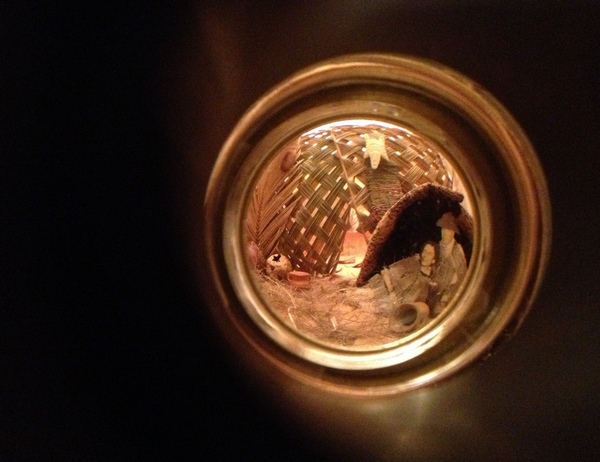 I am keeping the guest book for my kids to enjoy. They both came down for the fun opening I gave myself when I rented a space for one week of exhibit. It was fun! I even served Expedition White and Expedition Red wine…..some very cheap wine that I made my own labels for. The food was crusty breads, cheeses and fruits.

The other thing from the exhibit that will be saved is the game played on board the ship of explorers. Native and Conquerors I think is what I named it. 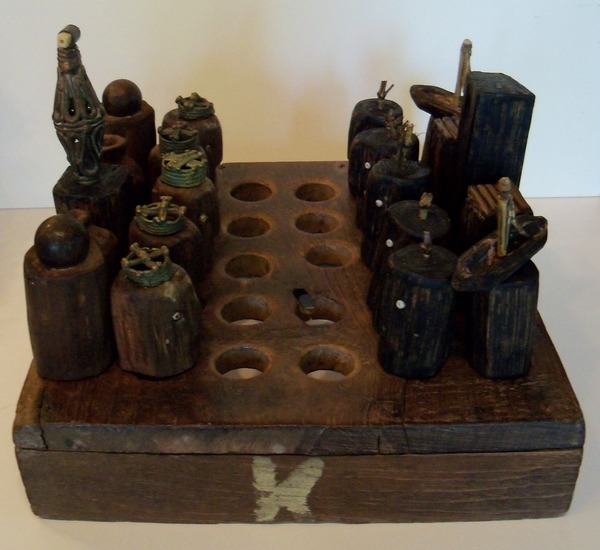 Just feeling the carved pieces in my hand and the realization that this is what happens, the wealthy feel entitled to what little the poor can hang onto. The natives attempt to preserve a way of life but there is something on their land or in their huts that the conquerors covet. I love how neither of them have much room for negotiations.

I am keeping this one as a companion to the one I made with parts from Australia, called Cultural Exchange. 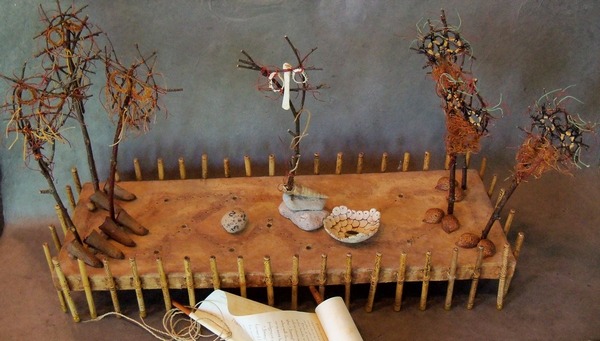 Here the two tribes face off in a rush to get to the other side and walk in the shoes of the others. I really love this game and the rules I made up and the arbitrator, Jimmy, named for Jimmy Carter. Sometimes he would rule that there are bad starts with good intentions and send some tribesman back home.

Anyway I am keeping both these games….one each for our kids. They are both a good lessen to play fair….or not.

That is the latest. All the bundles have been moved out of the way of the window washers coming later this month so I have plenty of time to wrap up dioramas, maps, tools and call for a grave digger.