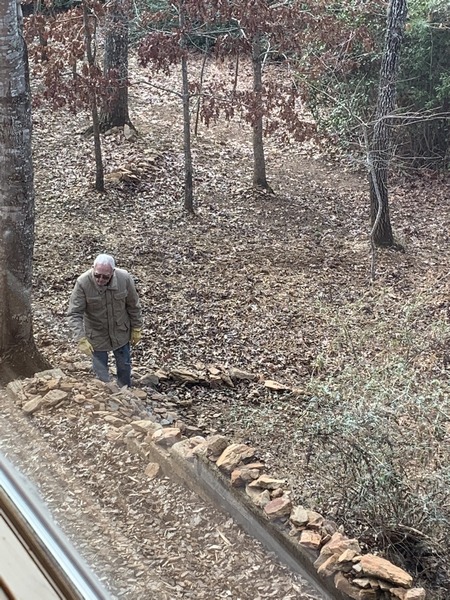 Lee went back to stacking his rocks the day after Patrick left. He did not ask to go to the shop nor did he ask where Patrick was. He just fell back into the safety of his usual routine. A relief for the caregiver and myself.

We enjoyed Patrick’s stay and did our holiday tradition of remembering our dear friend Pacia who lived to be almost 100 years old and was a major part of our lives as the kids grew up. She was one of the first we thought of when Patrick and I decided to open the Spirits Bar that I wrote a book about. You might remember, it was about how you can have another drink with departed friends by just opening the bar back up. In the book a page is devoted to a person’s memory with the recipe of their favorite drink. Every Christmas because all five of us miss her very much we have a Pacia Night at the cocktail hour. I had Fresca left from last year and some horribly cheap whiskey just for the occasion.

Pacia always had this drink of 1/3 whiskey to 2/3 Fresca with ice cubes served in Jefferson cups, those pewter short bowl shaped glasses that keep a drink quite cold. A couple years ago Patrick found me a set of those cups and we use them only on Pacia Night. Anyway, Patrick made the popcorn just like Pacia always did at cocktail time. She believed one should not drink without something to snack on and she like me was most satisfied with fresh popped corn. 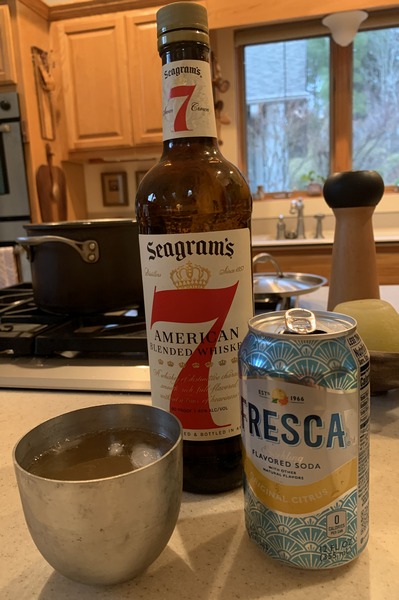 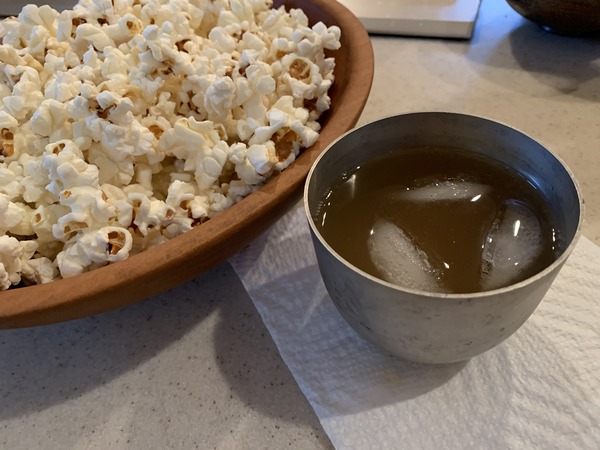 We love it when Pacia comes back this way. She and several other missed ones are in that book with their favorite drinks. We miss them all but Pacia is the only one to get a special night of remembrance while we all sip away and recall the fun times with her.

Someone asked me once if when they died I would open the bar to them. “Simply put,” I said, “if I did not like sharing a drink with you in this life, I probably wouldn’t in the next.” But others that I miss have also left too soon and I think they should come back and share some time in the Spirits Bar. So I will let a couple more pass, then turn the original book into a dos a dos book. Which fits rather nicely into the idea of coming and going in our bar. Here is the original book. 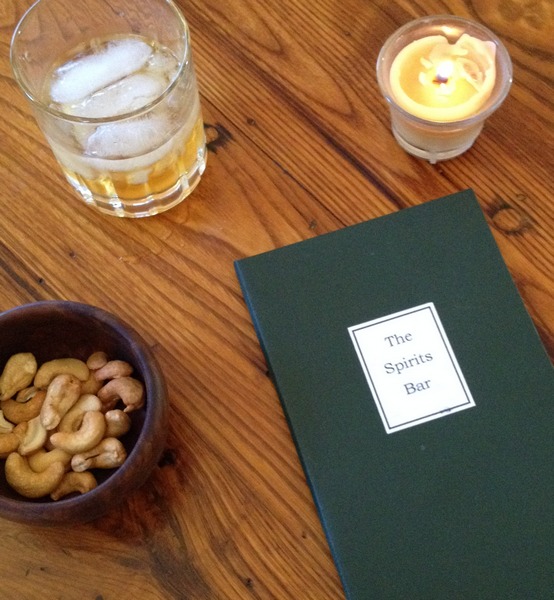 I chose a dark green book cloth because that was the color of the famous Waldorf Astoria Bar Book.

And if there really is a hereafter, and I happen to get there with them, I expect to be greeted with a nice single malt scotch.

Also while Patrick was here I finished the fox. 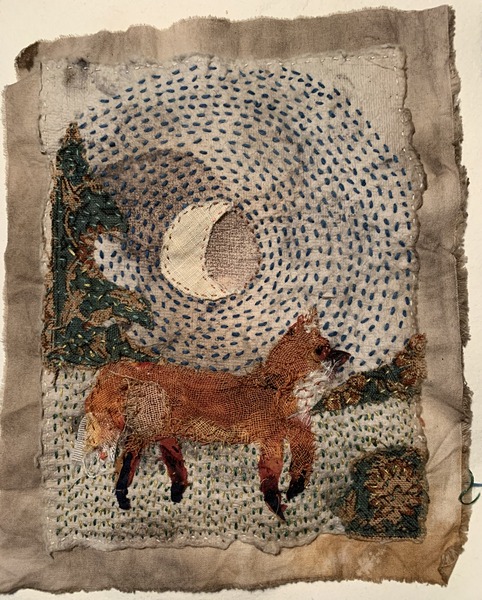 Now all there is to do is the bat and I can look for another stitching project.

And instead of the drawing a day with haiku, I have been searching a direction in the new sketchbook. I could not leave that poor avocado cat alone. It needed black pen which opened a whole idea of trying to control where marks go without an eraser. 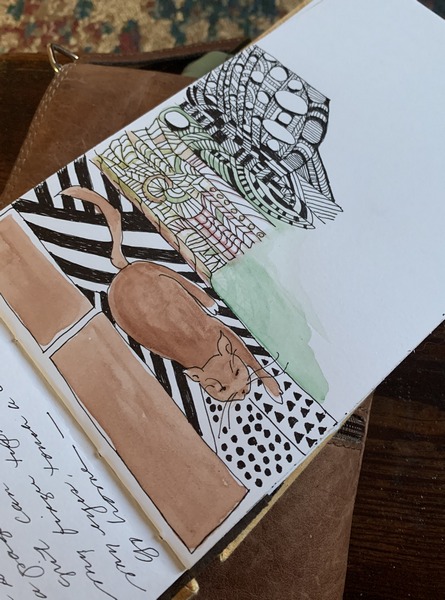 And then by this morning I felt ready to just draw with the pen loosely. In this book I can have control like in the Klimt like markings that are there just to fill very small sections at a time, or just draw outlines of things quickly. I have worked on this every day since I finished the graphite haiku books. 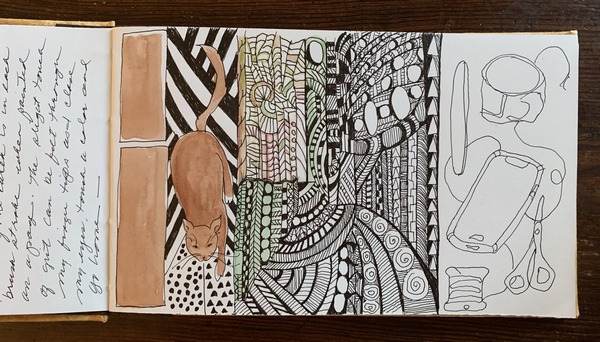 I finally get the meditation of those who work on zen tangle books and designs. Just fill small spaces with marks and move on to another section.

Now as for the Tether Line book. I am going to make another tether line, smaller with more tension in places. The font has changed to Garamond and no italics. Because my printer can be moody and splurty with its ink, I am going to make perfect copies of each of the twelve pages, both sides, making twenty four in total and take them to a printer to print off. I can do the cutting, folding and binding myself. Now I just wait for the new black inks to arrive.

And speaking of arriving by mail, my daughter’s cookies went from Detroit to West Virginia to South Carolina in almost two weeks now, but not here. Also not here are some lovely cheeses our friend sent priority with a guarantee of three day delivery. We have a despicable Post Master General who wanted to do the president’s bidding by slowing mail in ballots but totally gummed up the holiday mail in the process. Thank heavens decency is about to be restored in Washington and major changes can be made to fix the mess.

Now back to writing.