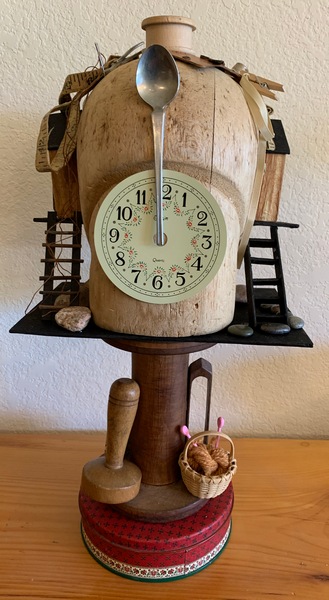 The two houses needed a way to get into them. So a platform with stairs and a ladder seemed right. I added a house key to the top of her head. Some stairs and a smooth stoned path are on the left brained side.  Also a small flower that my mother embroidered is at the side of the house. 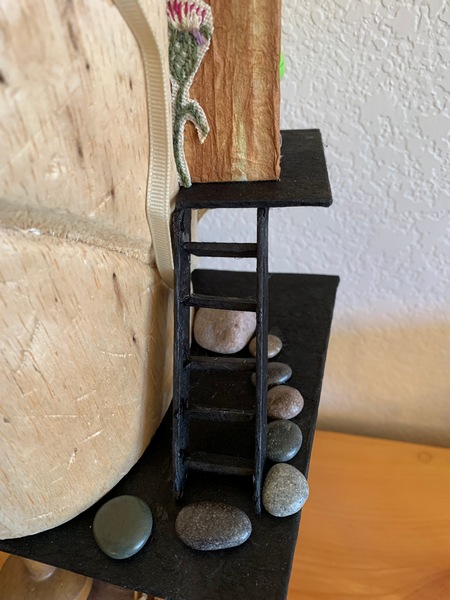 But a memory of my father is what inspired the ladder access on the right brained side. When we moved from the north woods of Michigan to Florida in 1955, I was told I could not take my bike because no one rode bikes in Florida, our dog had to be given away because dogs could not live in the heat of Florida, and on and on went his proclamations. One of the houses we lived in after the move had an upstairs with no inside access to the bedrooms up there. You could go outside and around to where there were stairs, but there was the occasional snorting sound of an alligator out there hiding in a ditch waiting for one of the abhorrent little toe nail-painted French poodles that seemed to populate the state at the time.

Anyway when we moved in our father took a piece of chalk and drew a big circle on the floor and said, “If we had a dining room table it would be here.” Then he proceeded to draw smaller circles around the “table” and asked us where we would like to sit. To the side of his dining room drawings he placed an actual ladder leaned against the part way down landing from upstairs. I never did know what happened to the dining room furniture we had in the previous house. Likely he had simply left it behind at the old place, or it could have been piled in a truck he intended to unpack at his convenience. I am sure at eleven years of age and dragged into a place where girls were only allowed to wear pants (and only peddle pushers at that) on Thursdays of each week, that I was definitely not amused. My first reaction when I hear the word, “Florida”, is to cringe. And little has been done to change that reaction in today’s political climate down there.

So for my father and his creative thinking in laying out a dining room and giving us access to our bedrooms, I just had to make a ladder for that right brained side. A couple rocks I brought with me from Michigan twenty-eight years ago fit just fine. 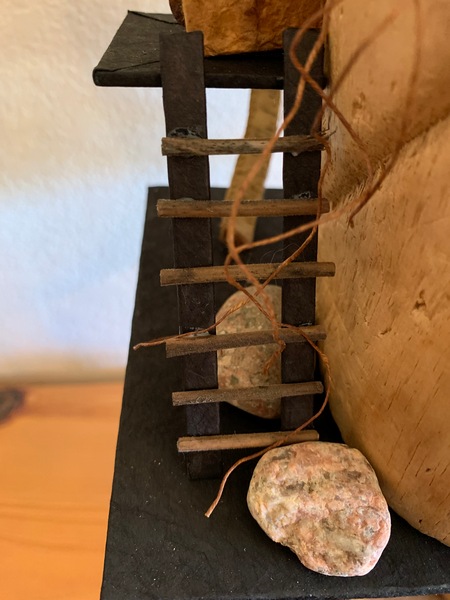 It is sunny but cold today. A soup day for sure. But I did get a new bird drawn for the Bird Stories book. 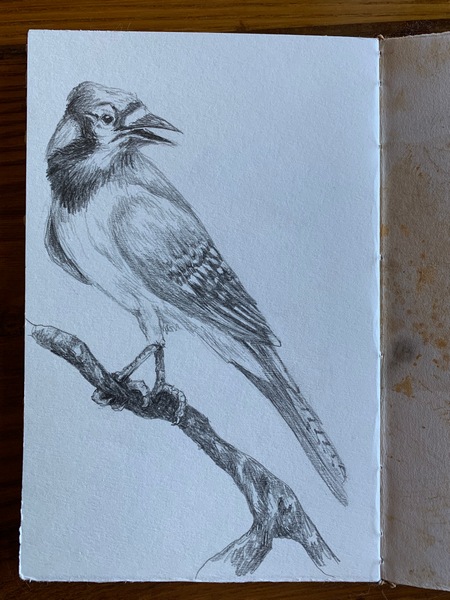 Still no new progress on my house. But I did stop in to meet the new mayor and have a coffee while asking questions about the town. It seems like I have made a good choice all around.

Later, maybe not even til tomorrow, I will get my owl drawing transferred to the board so I can start carving. But today, it is stay warm and maybe draw some more in the Bird book. My cats have the right idea. 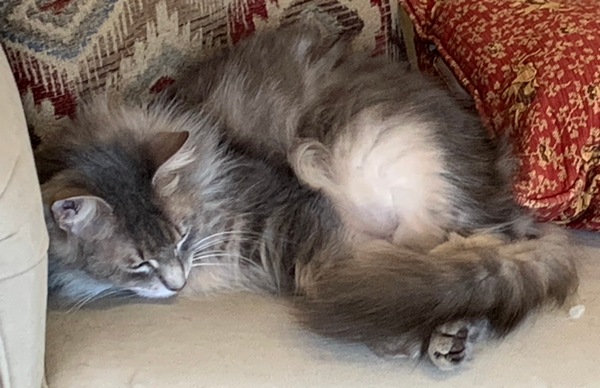 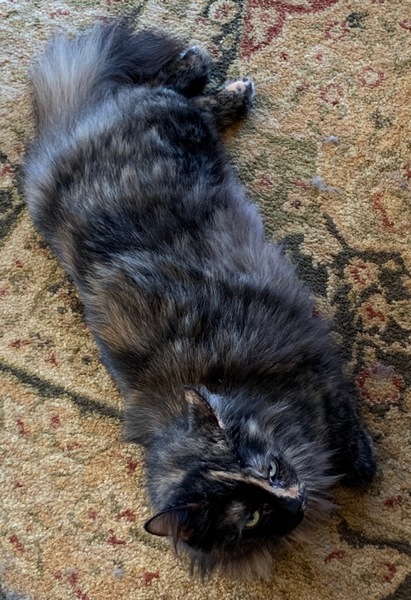 And one more thing. It has been such a pleasure receiving good wishes from friends down in Australia. The holiday cards are still coming in. I am so grateful to have their consideration and thoughtfulness as I wade into the next phase of my life.

I started a new regimen at the gym this week. It feels so good to hold weights in my hands and move them into positions of strength building. I quit going to the gym two years ago when Covid arrived and forgot how good it felt to work out. Beside the allure of the punching bag, the trainer gave me what she calls a slam bag. It is a circular bag weighing ten pounds. You hold it high over your head and with all your strength, throw to the floor in front of you. Reach down, pick it up, raise it high, and do it again. Three sets of twelve slams can so release stress.

Til later. Time for lunch and some hot tea. I think I will have one of the ones I brought home from Australia and drink to friends down under and here.