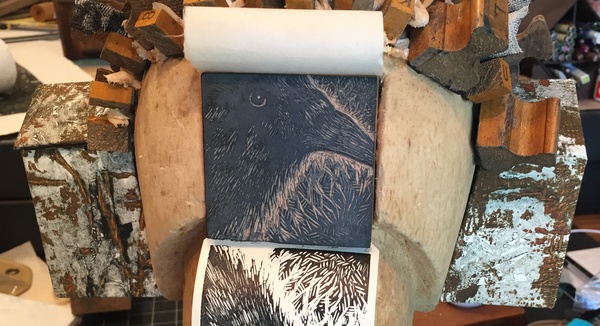 I know, I know this is soon for me but I have been busy in the studio this weekend. Here the dormers have been added to the printmaking head with a wood engraving block carved into “her” forehead. There is even a print freshly “pulled from the block.”

I was inspired to keep going with this because I found so many of my early collographs, intaglio and woodblock prints from undergraduate school when I first learned printmaking. Also a recent phone call from an old friend who we share a love of the process got me channeling those earlier times. She and I used to spend countless hours talking about art and since I no longer have the art group to talk to, she was just what I needed. Here is a detail of the block and print in the front of the head. 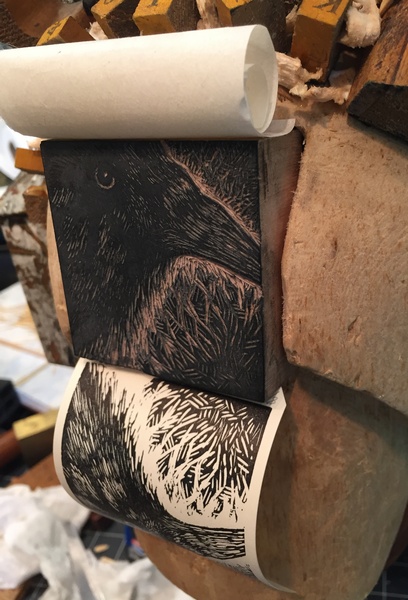 I also added the wood chips in and around the stamp letters and numbers on her head. I may end up shellacking those later.

Today I spent the day filling in her left brain with experimental prints and a book of words that have a lot to do with questioning, “what if?” Even the attic has some bits and pieces of things. 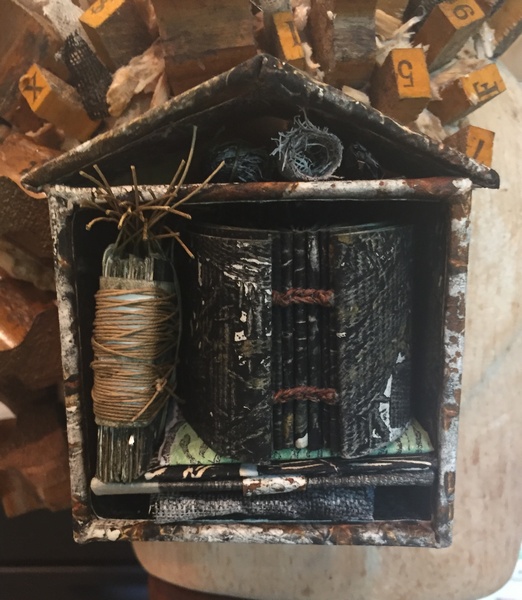 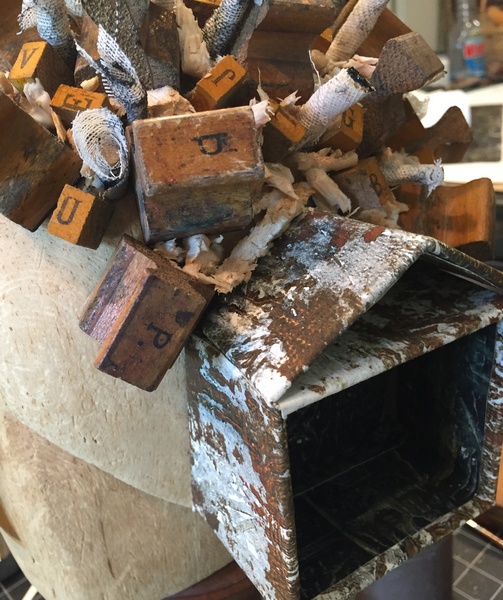 My thought is to have wheels on all of them so they can gather in a circle or just follow each other around. Each of them is a part of myself….so by gathering them together, I will be whole again. Anyway, that is the plan.

I still have these very large letters that might be used as part of this one. Maybe she hauls a wagon with her…but that would mean more wheels. Speaking of wheels I got to thinking that I should not have buried the mechanisms to the specimens from the Expedition to Elsewhere….lots of wheels there…..now underground. 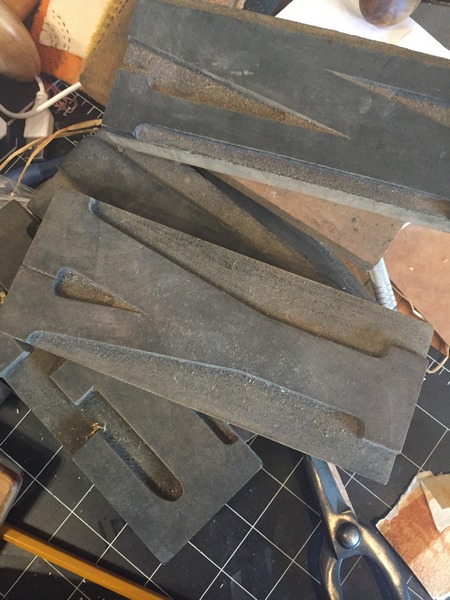 While working on this and thinking about how I go about things, and how for me “art” is an idea fixed in form, not some well-designed piece of work that speaks of materials and technique first and foremost. Because quite often an idea can be overshadowed by the perfections of those materials and the extraordinary technical skill of the maker. I am happy my old friend called me so I could be reminded of the many hours we talked about those things and the makers we knew who believe that because a piece is well designed it automatically is “art”. Because it is pretty, it is art and on and on. Our question always was, “Yes, but what is it about?” “Does it say what you wanted it to say?” And most times what they wanted was something that was well-accomplished or like my friend in Hobart told me, “Sandy, sometimes we just want to make things.”

In handling some old parts to work on these heads I was reminded of a friend, now deceased, who would come here regularly to do work she could not do elsewhere….an extraordinary body of work reinterpreting the old testament through old dolls, rusted bits, old foundry molds and immense talent in putting it all together. I miss her terribly. Whoever was lucky enough to see her work that rarely came out of the boxes once it left here were amazed by her desire to see her ideas fixed in form.

I keep a picture of her in my studio and feel lucky to have known and worked with her. She is still good company.

Once I put this head aside and before I start on the “homemaker” one, I am going to do some sewing. My Hobart friend who is also a dressmaker helped me cut a pattern from a favorite shirt and I recently bought the linens for two of them. So I will be sewing which requires a total clean up of all these messy bits.