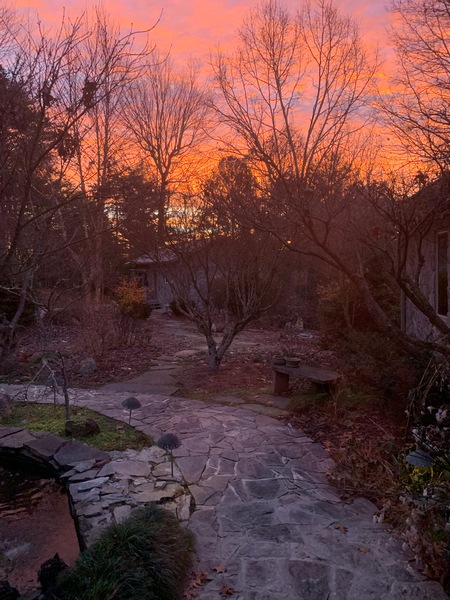 Isn’t this lovely? The view from the front door the other morning before I set off for my walk. Speaking of which, here are the latest pictures. 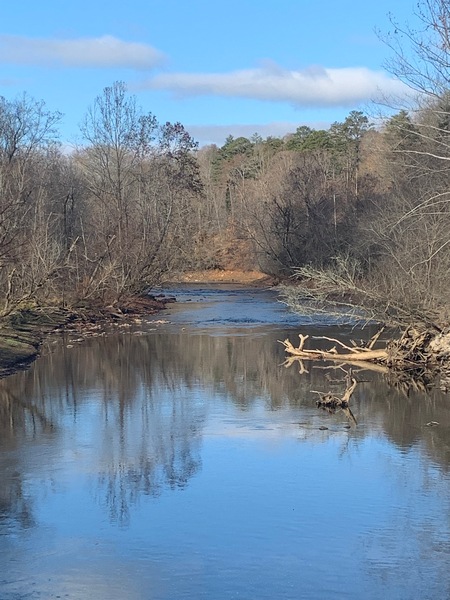 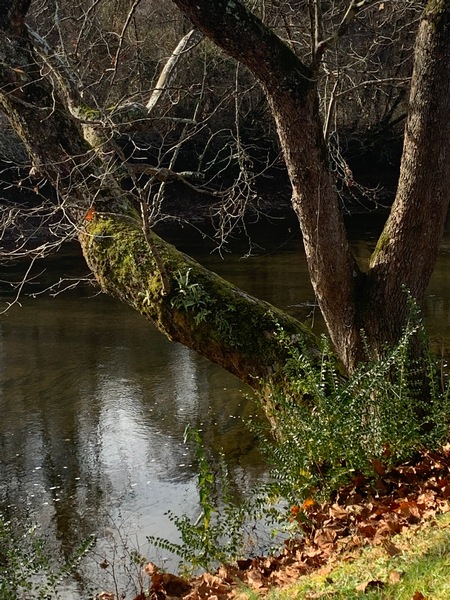 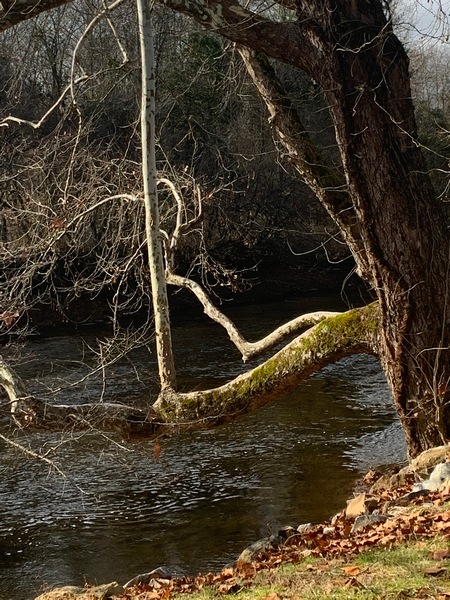 The river and then the dam. 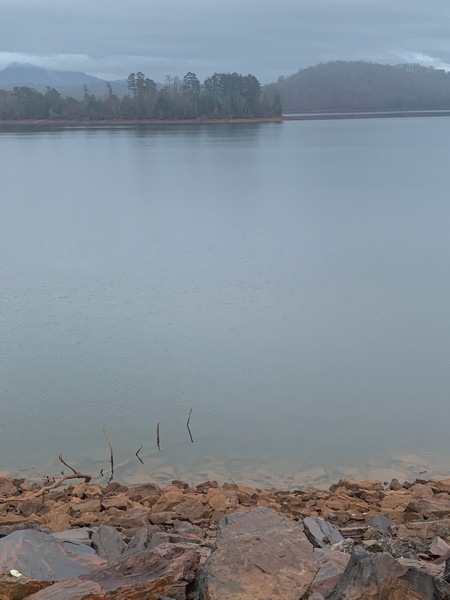 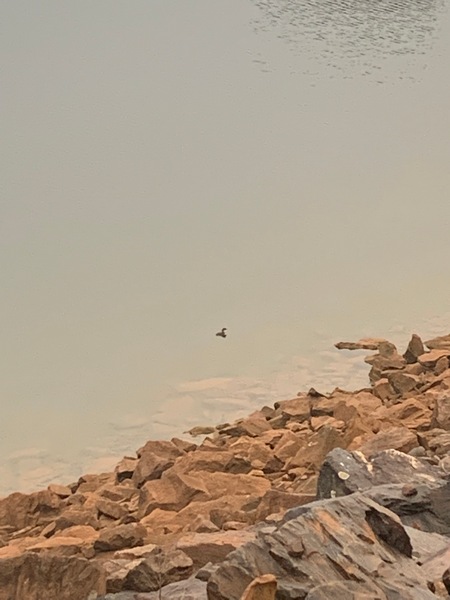 I watched this lone bird dive over and over again. It was mesmerizing to watch where he would come up next. A grebe I think. 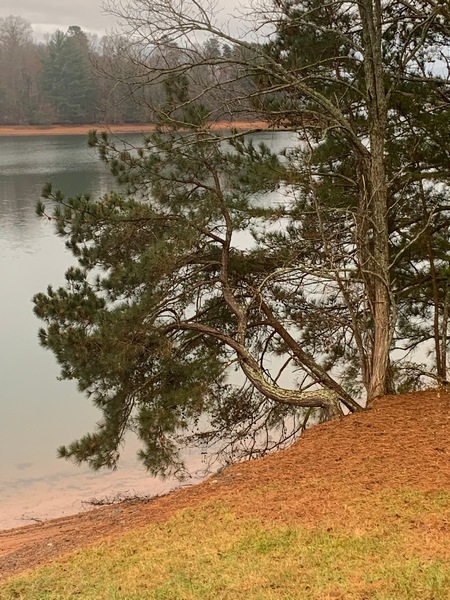 The birds seen along these walks are inspiring what I draw in the Bird Stories book. 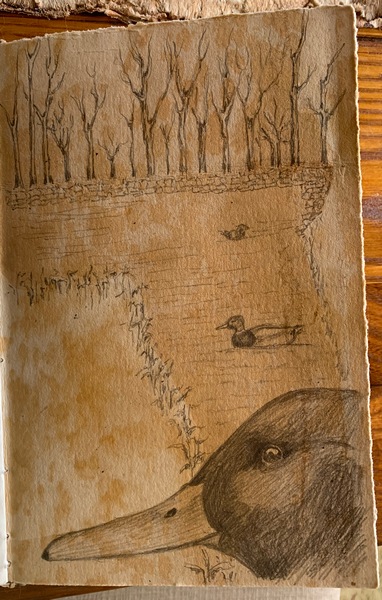 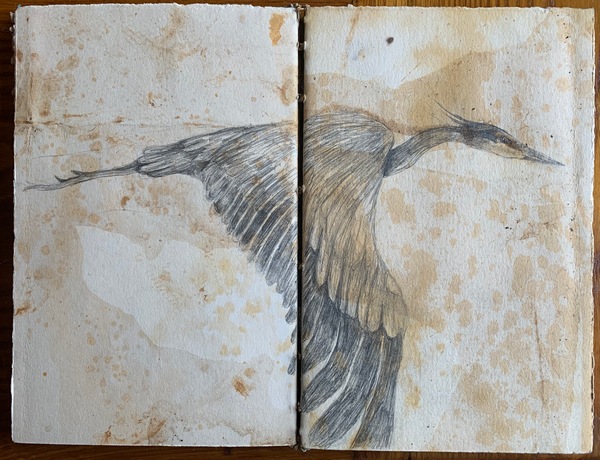 On the heron above I tried to follow the already established marks of patterned paper used. It does not always work out how you plan.  The little grebe will be next I think. Or it could be those pesky turkeys. Just a little while ago we (the cats and I) heard banging downstairs in the studio. The turkeys were taking exception to their reflections. 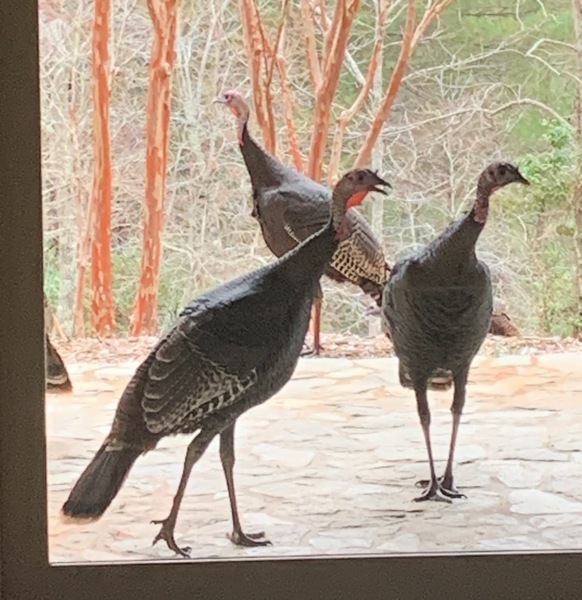 With help from my new watch cat, we scared them off. 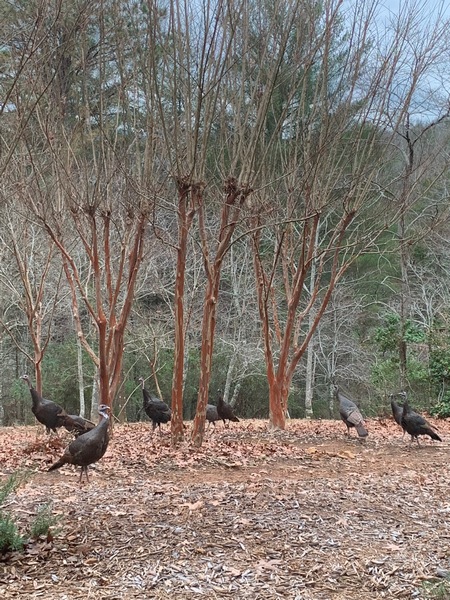 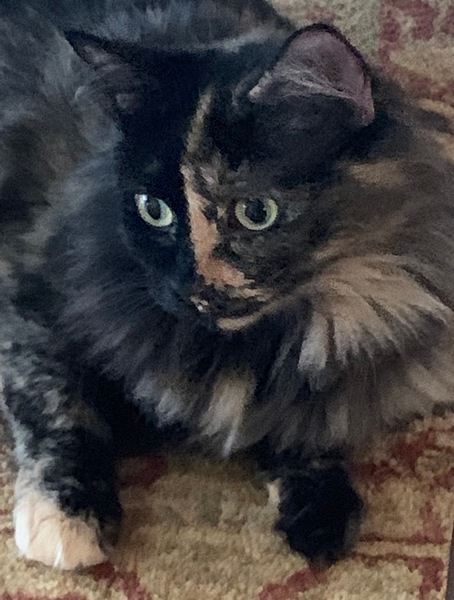 It is hard to describe how these stories come to me. Not long after I have written them, I forget the character’s name but not what they did and how they felt. That part is stuck in there with other fragments of importance. It is like when you are sitting on a long bench and someone you don’t want to stare at takes a seat at the other end. If you look at them, they will disappear. So you sort of soak them up, take them in from a distance and begin to listen…anyway it is something like that.

They stick around just out of clarity until you put them into words. Then they are real. You can see them, hear them, even smell them. You don’t need to know a lot about them, because in those few minutes that you have spent listening and writing them into existence is all that needs to be said about who and what they are. It’s enough without being seen as intrusive to them. It would be so easy to lose them in the fog of too much.

I look at being an artist the same way. Last night I listened for over an hour to a workshop instructor talk about how her workshops will help the student to find their own voice. There will be exercises to complete to help with the discovery. The students will be able to share with others how it is going for them. Eventually, with following along, they will find their own voice, be artists, and then be “successful”. What exactly does that word, “successful”, mean? I assumed monetary gain.  And when the exercises end and they are left alone with a pencil, paintbrush, whatever in hand, do they launch themselves into whatever success is for them? Is this what it takes to be an artist? Do they make lots of work that is their own, stack it up before approaching a gallery for acceptance?

What if they just sat quietly at the end of the bench and thought about what really matters to them and how they would like to say it? And what if they went back to where the materials they know how to use are waiting to help them express it in a visual form? Is that success enough? Or will they just be passing time until another workshop comes along to help them find the artist within? That last question reminds me of what a very dear friend told me years ago, “Sandy, some of us just want to make stuff.”

I like that, and have to wonder if workshop instructors would be wise to refer to their classes as getting together to make stuff. Just a thought.

Anyway, I am going to go read a book, draw, or sit at the end of the bench and wait….