Yesterday’s walk at the dam was terribly cold but I loved the frost and fog for taking pictures. 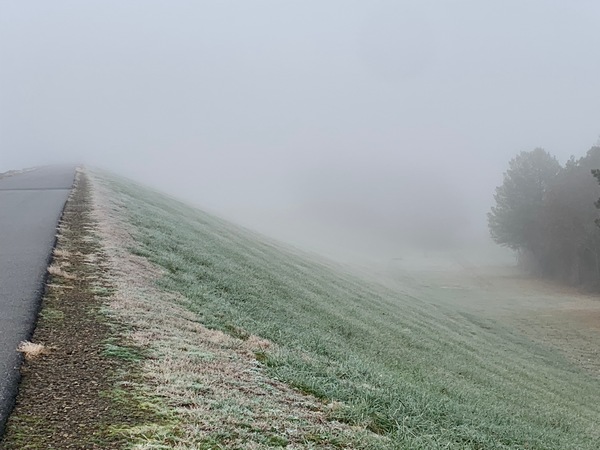 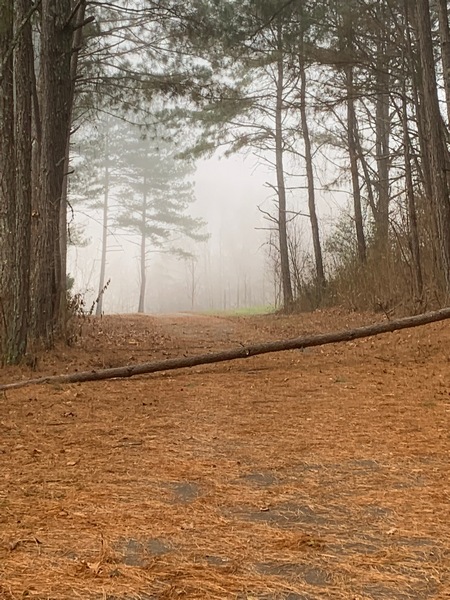 It was worth stepping over the fallen tree because up at the top was this surprise! 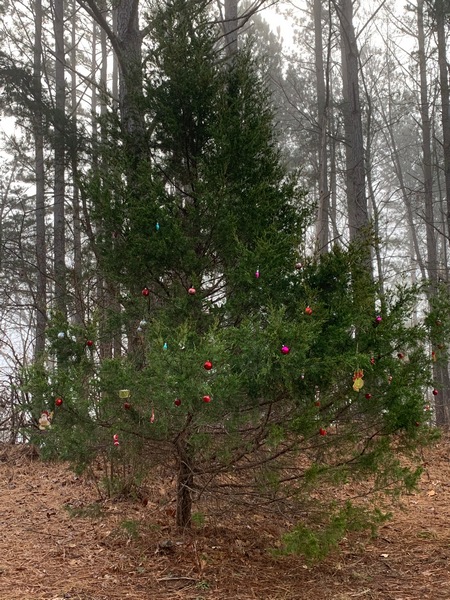 On the way back to the car I found these lovely frosted grasses/weeds. 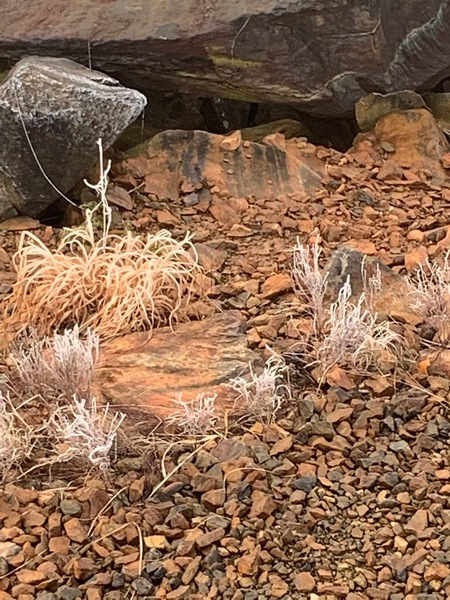 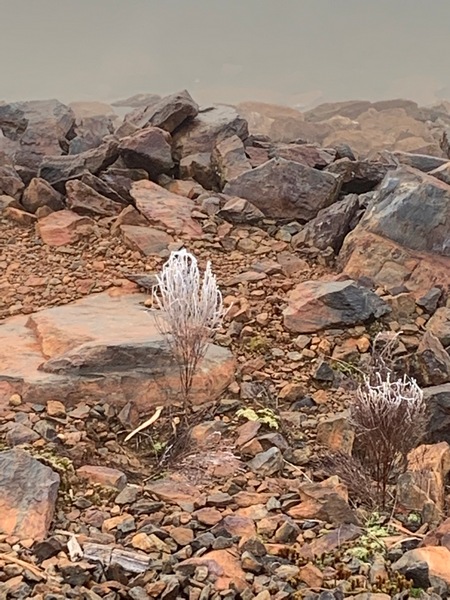 Then this morning it was totally different. 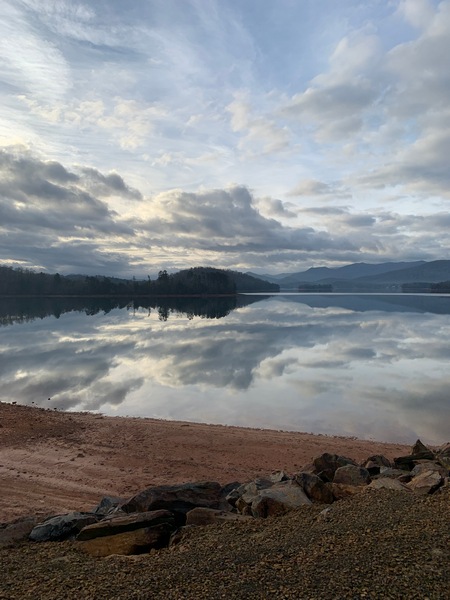 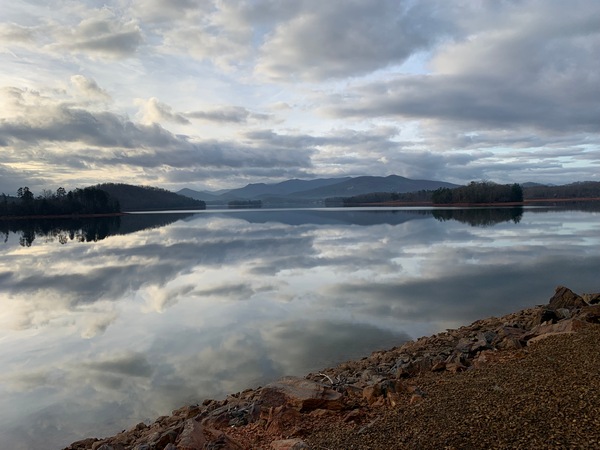 And these of just the water that is holding the sky! 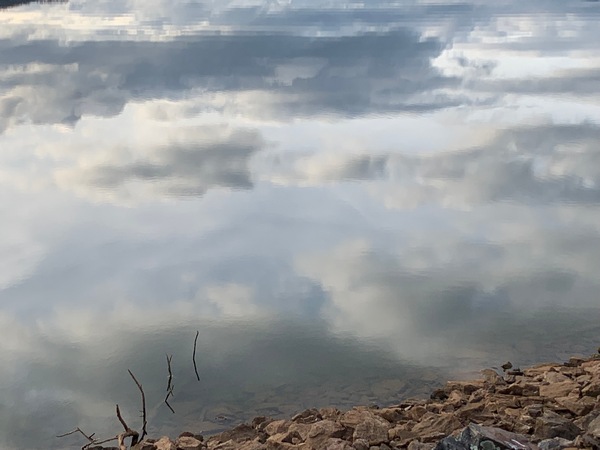 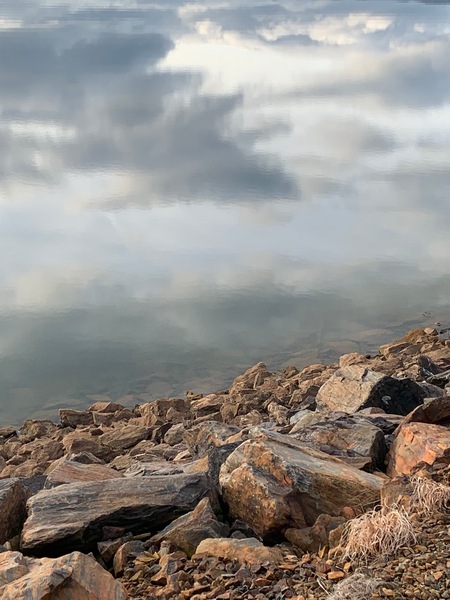 And through the woods seeing the water and sky. 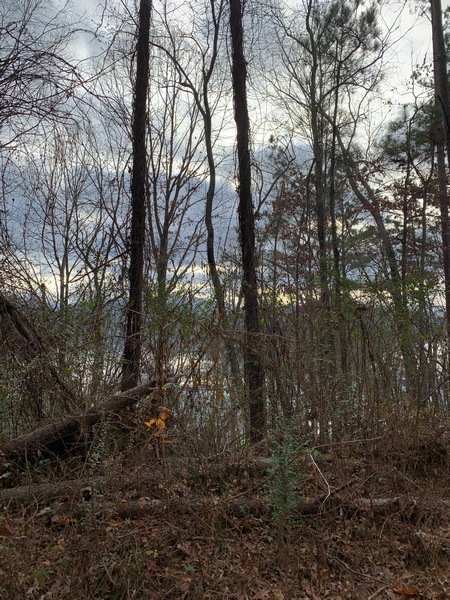 Yesterday I joined the gym near my new house to be. This picture is looking from their front door toward the place (right in front of the white Tyvek-sided one by the white truck) where footings have been poured. 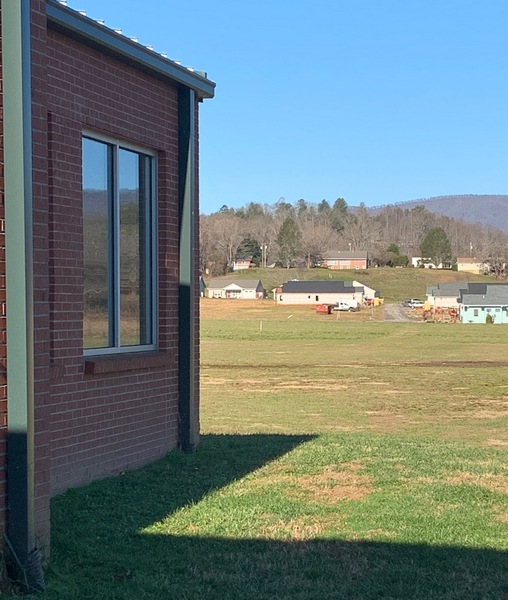 I went there to photograph the site and took some soil to make a watercolor for a new sketchbook to document the house being built. 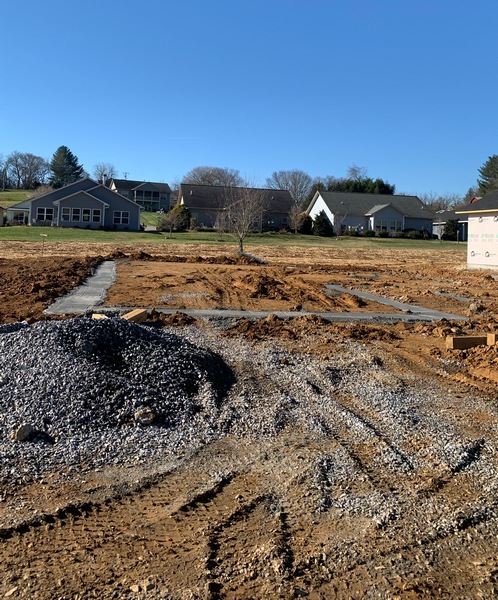 This morning I was back at the gym for more treadmill time and a good 400 hits on this bag. I have so missed the punching bag. 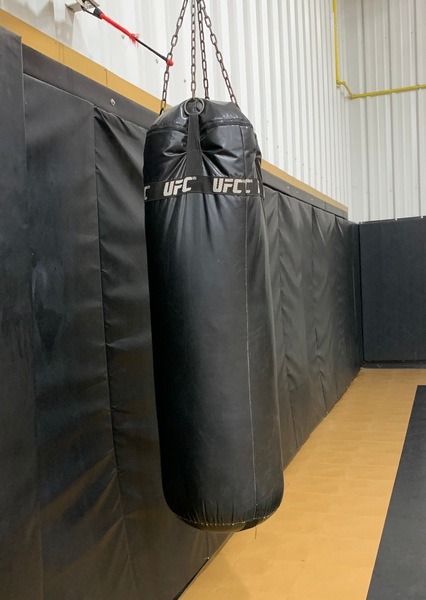 A very fit and pleasant young woman will help get me back into a routine of weights and aerobics. She showed me a room that had nothing but mats on the floor and said, “We will start here with stretches.” I said, “What! I have to get on the floor and then BACK UP!” She said yes, that it was important for someone my age. I told her I would practice at home before we start our routine after the holidays. Yesterday it took one piece of furniture to get down and two pieces to get back up. More practice is necessary.

While she and I were talking, a steady flow of older women were coming in to partake in a routine exercise session. One was happy to meet me and assumed I was going to join them. A look close to fear must have been on my face as she took my hand and told me it was fun. After she left to join the rest of the legging-clad, yoga mat carrying ladies gathered a ways away from me I told the young woman who is setting up my routines that I was not a joiner of groups of women. She asked why, and I attempted to explain that I felt like being caught in a flock of unruly birds….some even wearing pearls. I said it was too much, just too much right now. Maybe later. Besides it was very clear that there was no furniture in the gym to crawl back into a standing position. And by the way, their instructor for these exercise sessions is a whopping eighty-four years old! No, I am not ready. But later today will get down on the floor for the sole purpose of getting back up…practice, practice.

And the Bird Stories Sketchbook has been fun lately. I tore out the first two pages and turned the nest pages into the end paper for the beginning. 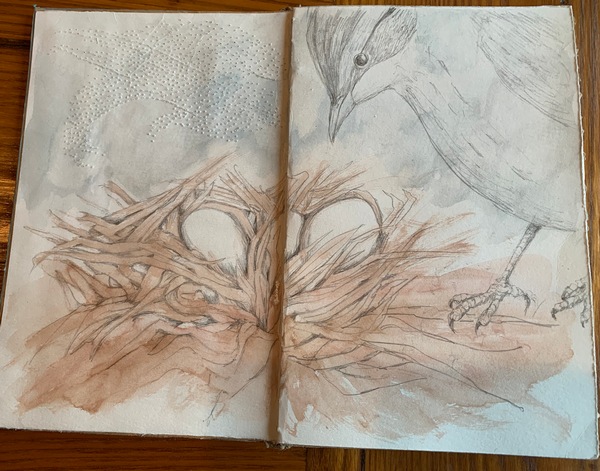 After the great blue heron I did a grebe on the lake. He is likely the lone diver I have been watching, much as I would have liked it to be a loon. 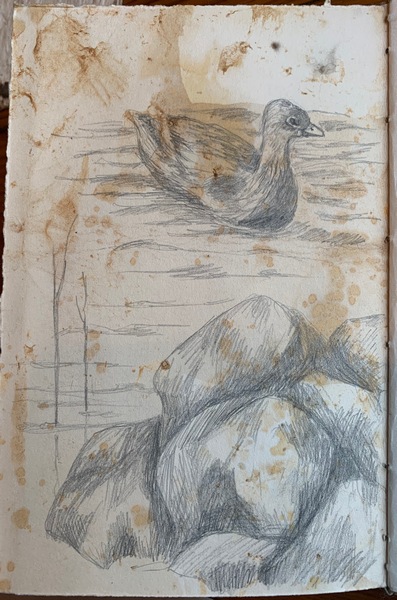 Then a drawing of a green heron. I love their big feet! 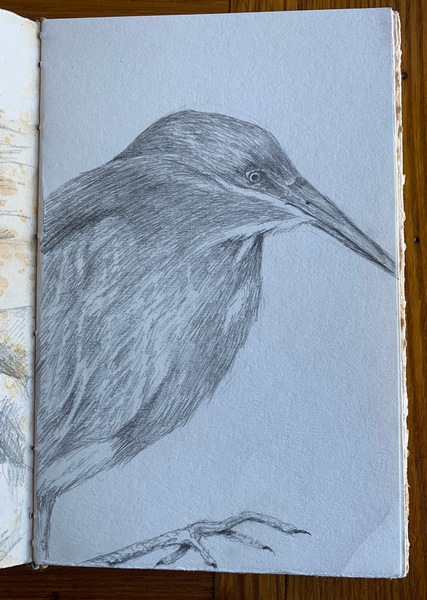 And lastly this! It was so much fun to draw. 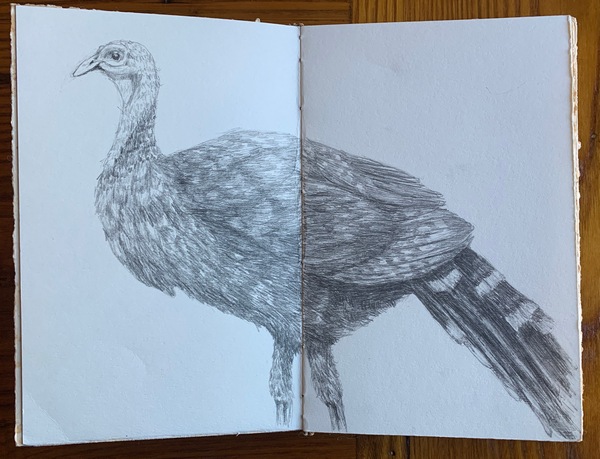 So that is it for now. I will see if my soil from the building site has dried out enough to sift down to pigment powder and get the new sketchbook up here from the studio and start with a drawing of the footings. I like that the only tree in the open field between the back of my house and the back of those on the next street is directly outside my living and bedroom windows. I will have a bit of landscaping back there to take my stones and other plantings to walk among when stepping out of the screened porch.