Let’s start in my own yard. Late afternoon and sunset two days ago. 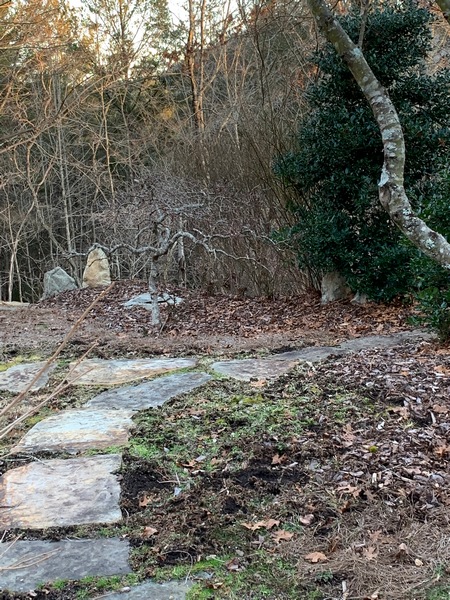 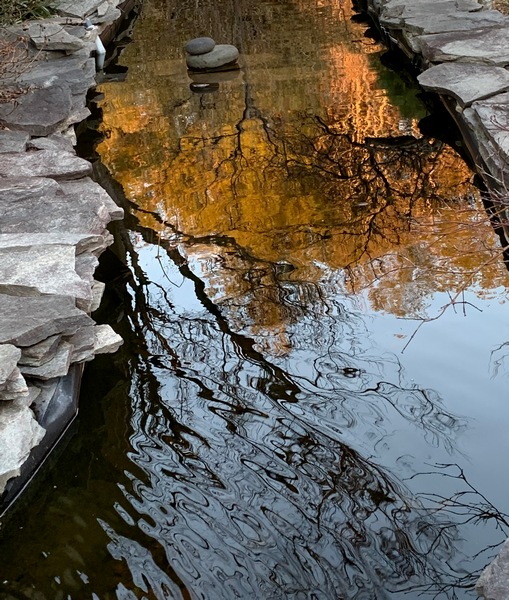 I will definitely miss some of this, but not the isolation of being here. 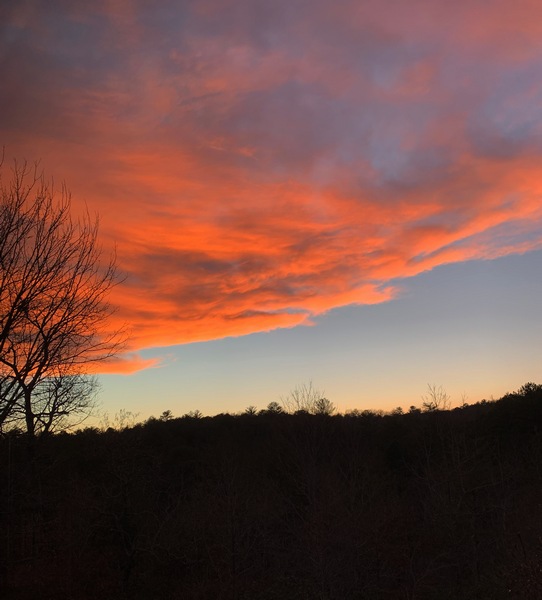 And the walks at the dam this week. 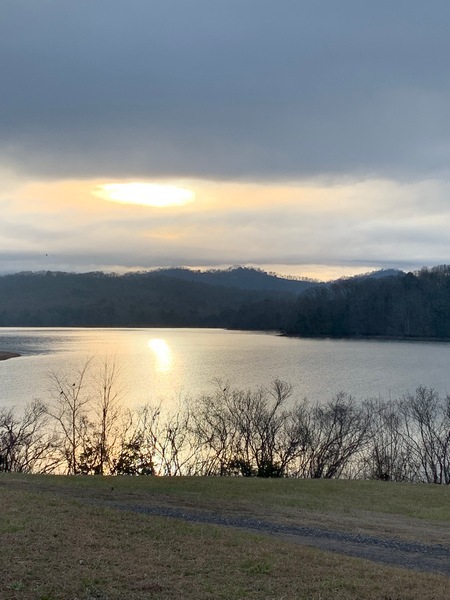 With my long cast shadow…. 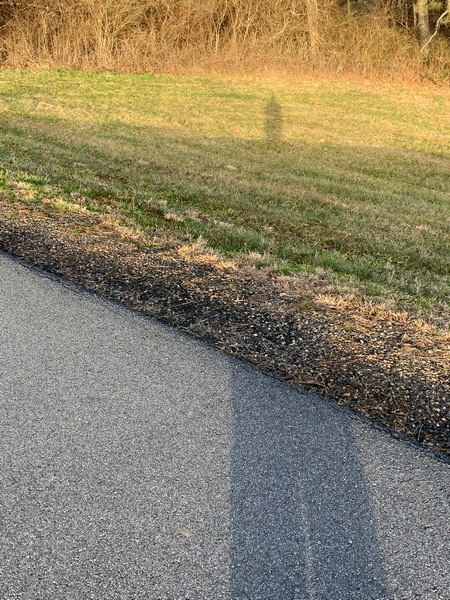 To the shadow of this morning at the Riverwalk. It was bitter cold. 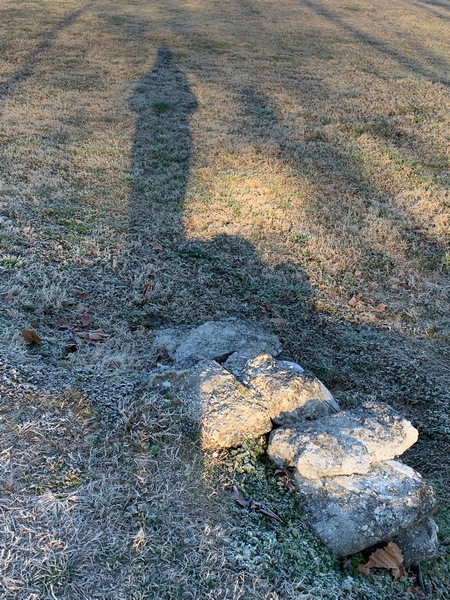 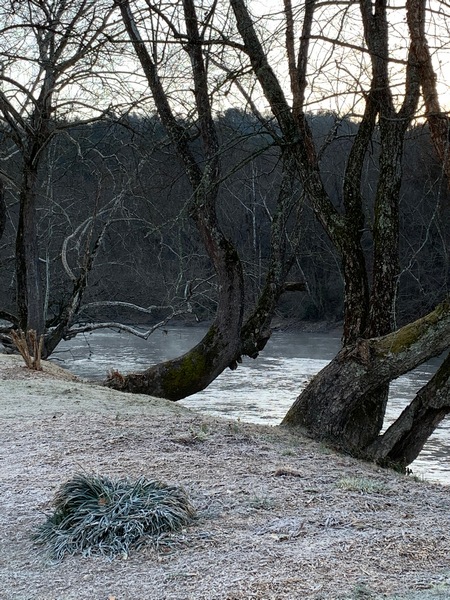 And someone drew the sun to warm those of us passing by. 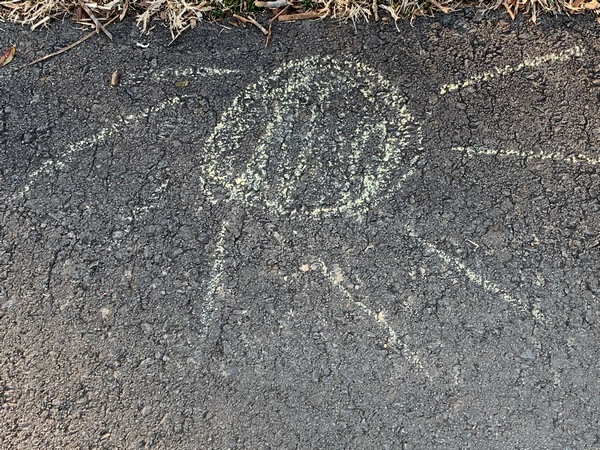 Once I completed the walk I headed straight to the Rare Bird for a lavender latte and a “cup of shame”….the failed attempts at making a donut. 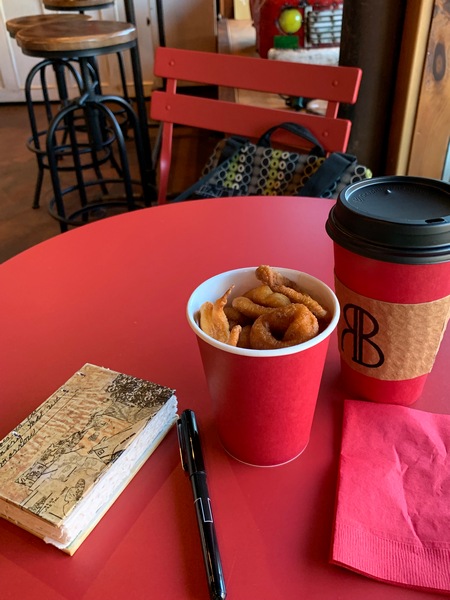 I had not been here since a couple weeks before Christmas. It felt good to be inside. The pen sketch in the book was lousy. But I need to do one when in the Rare Bird because I told myself I would.

Last week I had coffee with my builder in a place that serves as his office and shipping center. It felt so good to be in there and hearing the mumblings of old men at a table nearby. I have missed the sound of men gathering. The way they greet each other, pull their chairs out, sip their coffee and talk in low tones. It will become even easier to drop by to listen when I move close by. Maybe June at the earliest.

My realtor comes by next week to tell me her assessment of my house here. So things are progressing at whatever pace is required. I am fine with it all and very lucky to be able to make these choices for my life.

A friend has been making flan from scratch. I like how it is a bit like crème brulee. These small ramekins were bought at a kitchen shop several years ago for the express purpose of making a lavender creme brulee for my art group. They looked like a color paint palette laid out on the table. Anyway I dug them out to try a packaged flan. First step, squeeze the packet of caramel sauce into the heat proof dishes. 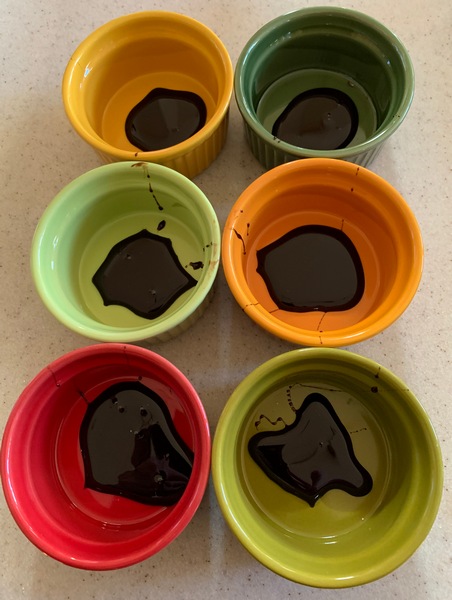 Then boil up two cups of milk with the other packet and pour into ramekins. 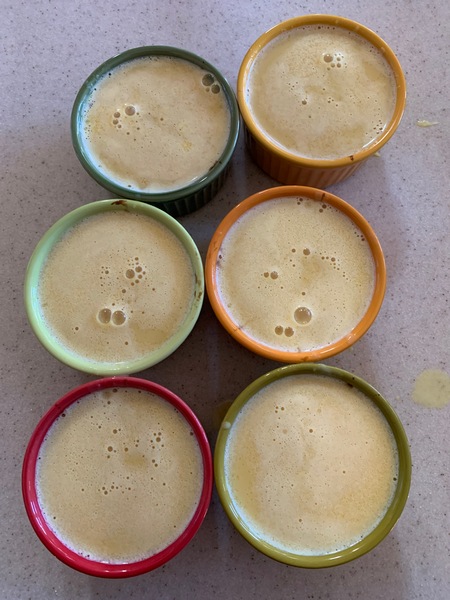 Refrigerate for the amount of time required, run a knife around the edge, cover with plate and invert both. 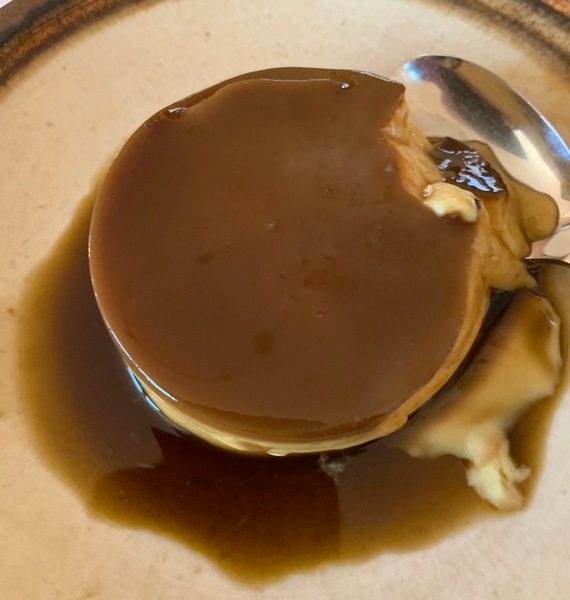 I will have another one today and try to do a better job of getting it out of the dish. I think there is too much caramel sauce for the six dishes. So rather than lick the plate I will just squeeze a healthy amount into a spoon and eat up the extra that way if I do this again.

Now onto drawing. The Bird Stories Book now has a pair of Rufous-sided Towhees and a Cardinal with his feather. 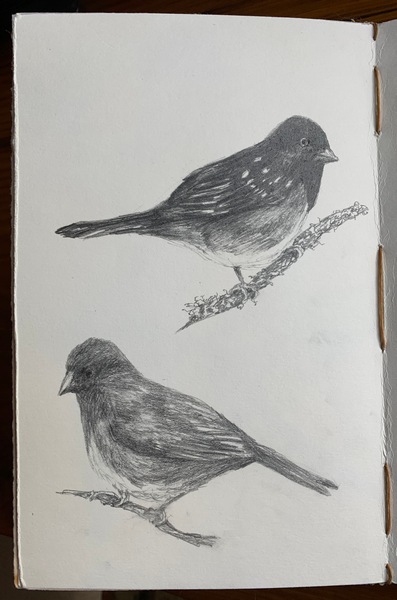 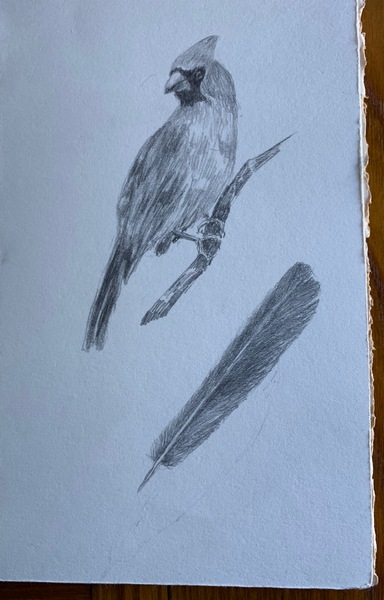 And I am onto a new project for myself. Thanks to Rosemary in Australia and her love of the little owls in the Bird Stories Book, she suggested a story like Edward Lear’s The Owl and the Pussycat. I must say that I get the best compliments and feedback on my artistic and writing efforts from those friends down under. Anyway it made me find the poem and read all its absurdities again, especially the pairing of an owl and cat finding in each other the perfect one to spend a life with.

So, because I too love that baby owl and drawing him, I decided his companion will be a bunny. Bunnies are fun to draw. There is so much fur there! The trick is to draw the bunny and the owl in all the positions needed to bring a story to life. Yesterday I started with the bunny in my recently found old wrap around sketchbook. 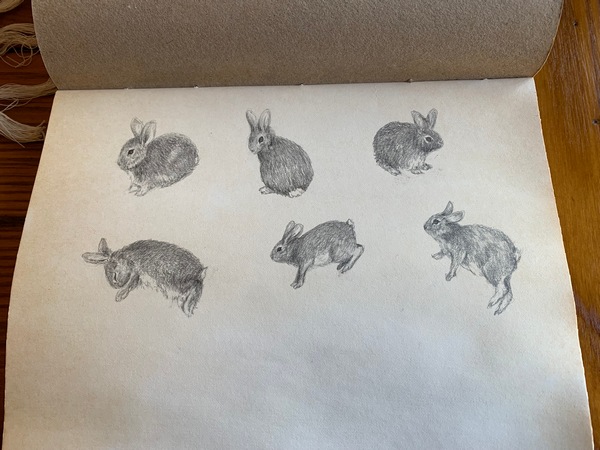 I have decided to name them Burke (owl) and Wills (bunny).

The names, Mary and Sandy came to mind as Mary has to be my very best ever traveling companion. We did not have that much time together but it was an extraordinary time for both of us. She said it best when we parted, “Our only sadness is we did not meet soon enough.” I so agree. But those names won’t fit the adventures I am thinking for Owl and Bunny. Burke and Wills come close and pay a small tribute to where Mary and I met…Australia.

So today I contort Wills into more positions and then manipulate the limited movements of Burke. I will also use the sketchbook to write the story. I think they will begin their story with how they meet and decide to stay together throughout their lives. Aging them will be a fun challenge. Once I get the writing done and the illustrations to go with the writing I will find a book format to do a limited edition. That is the plan….always good to have a plan.