I was sitting on the porch the other day and thought that soon I won’t be here anymore. So I took last pictures of the view I have taken for granted for seventeen years. 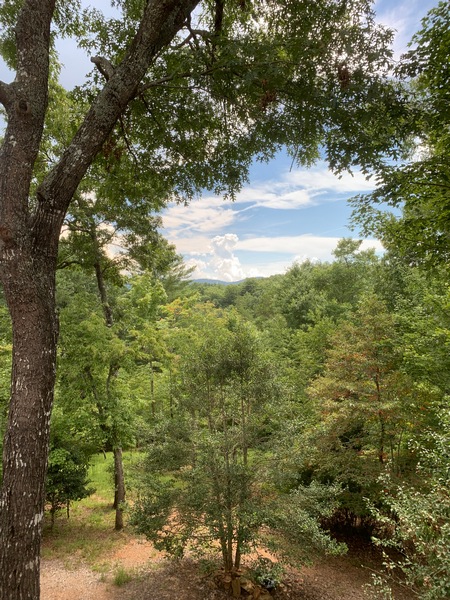 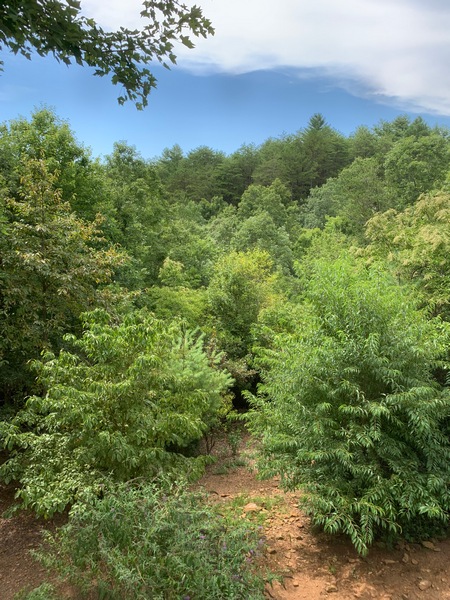 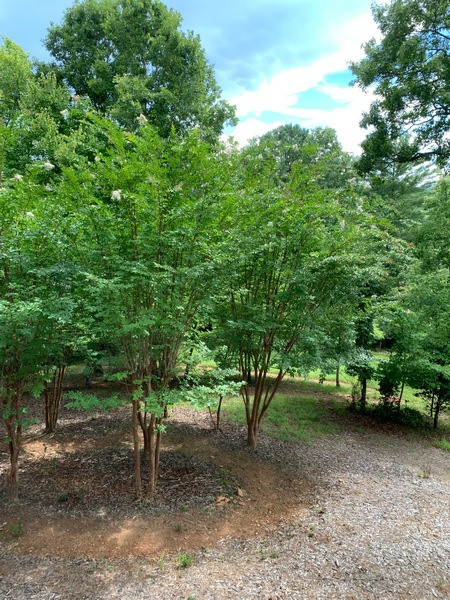 Then I turned and saw this. 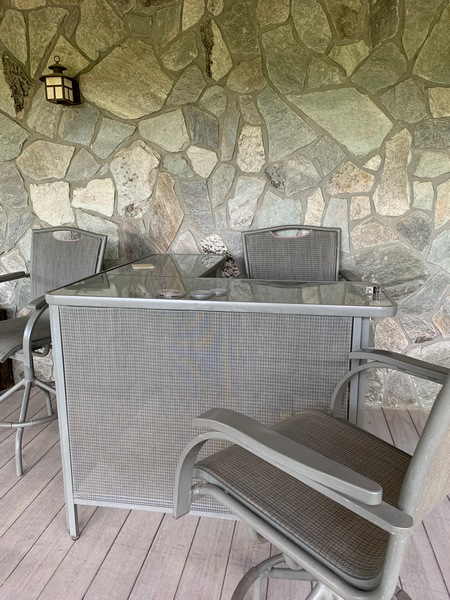 The porch bar with high stools that Lee and I bought before we moved into the house. We took a couple of beers over to sit there for the evening. The electrician was working late and took pity on us. He turned on the electricity to the porch so the two of us could pretend we were already living there.

They are ready for new owners.

I took a walk over to the house earlier. 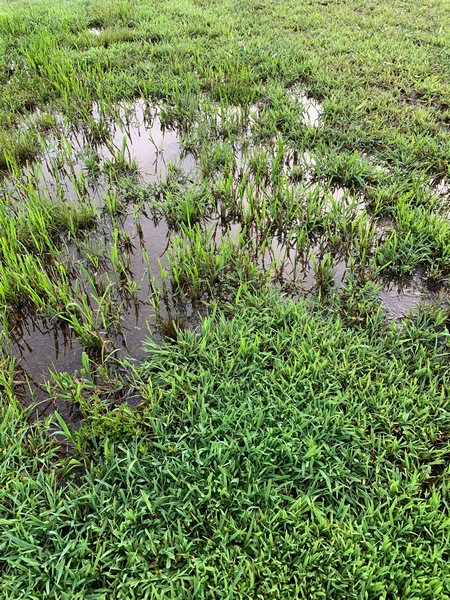 My shoes were soaked! Another drawing in the Meadow Book….

Yesterday a friend came over to have what is likely the last lunch on the porch. The furniture refinisher brought back the table and counter stools. 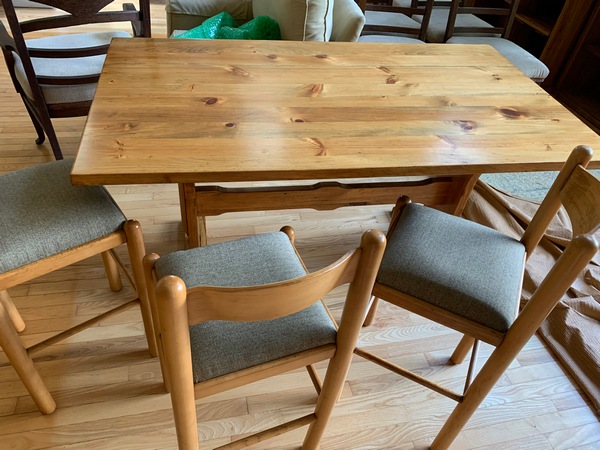 They are so much better than when he took them away. I can’t wait to see Amy and Patrick sitting at the table they grew up with.

The yard man came later in the day and took all the pieces from the yard to the new place where he will do some grading, etc. before getting it all placed. 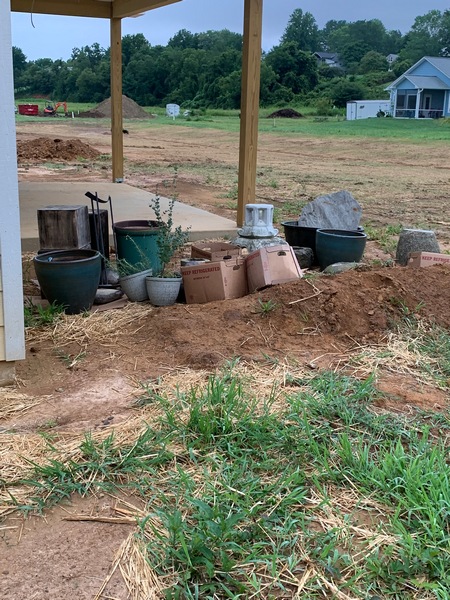 This morning there were more changes at the house. 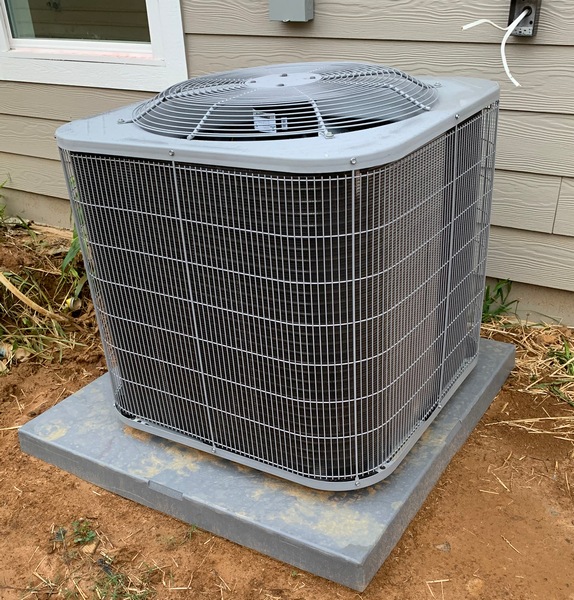 Just the bench to place in the shower… 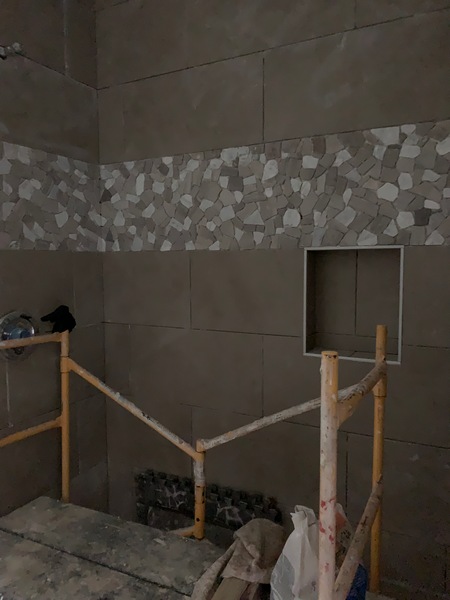 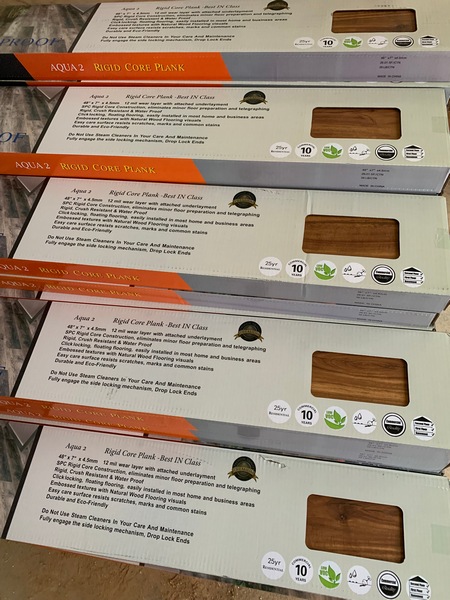 About one third of the house is laid. 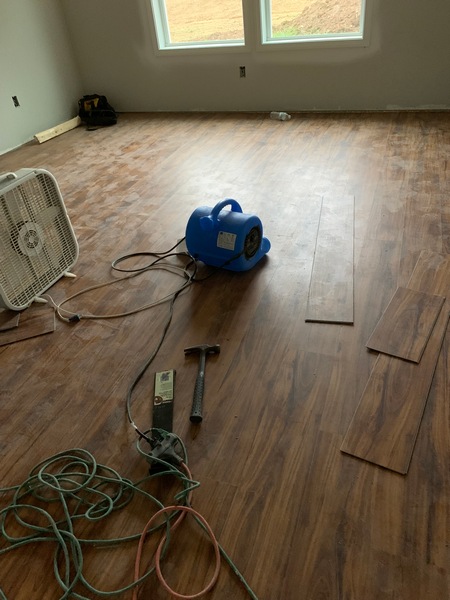 Today I went to the window treatments place and will meet them at the house this coming Tuesday.

The cats start their boarding time at the vets on the 26th. My movers come the 29th, I follow them to the new house and we unload all boxes with work tables and shelves in the garage. The furniture will be set inside the rooms they go to and appliances put in the kitchen and laundry. I take my pre-packed suitcase and move into a friends apartment closer to my new house. On the 30th cleaners come here to this house to spend the day. On the 31st is closing at the lawyers and I start a new chapter.

Yesterday while eating lunch on the porch I was fidgeting with my loosely folded paper towel/napkin. I thought if I folded it in quarters then I could try to tear a perfect circle. Here it is. 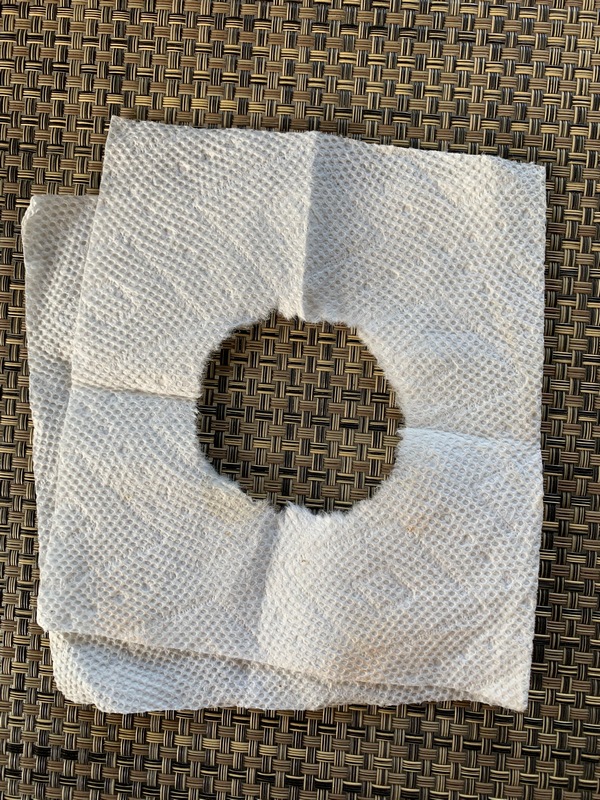 There is something about this torn paper that says so much…it could be an entire short story ,,. or poem.  But for right now it was a making of something that represented more than a torn paper towel.

My friends in Australia are getting themselves all sorted out for their workshop next March and their stay at the house we all shared for several years.  Some of them are following the yearly challenge we set for ourselves, some are lagging behind. One is preparing for a teaching tour for the Embroiderer’s Guild of America. Five weeks in nine different states. The thought is daunting! All of them have such energy and so many ideas for their art making. I look at my torn napkin and it reminds me that we have long been a circle,  the six of us.

Sometimes, with being so far removed physically from them, I feel a bit empty. And then I think of how they will all be together next year and they will do an early morning call that comes when I am having an evening wine. (I make sure it is Australian). They will crowd together in front of the camera to say hello and then individually show the work they did in the class, what they learned without me being there to hover and suggest. Next we share how far we did or didn’t get on the goal for the year. We wave goodbye and they get on with another day of making. I take a deep breath, a deep sip of wine and this next time I will have a nice place to lay out my project to start the next morning.

This torn paper towel is such a wonderful image and so evocative that I think a book with the hole slowly filling in, getting smaller is where I will start as soon as I get moved and have my things where I can make ideas come to life.

Til later….I have talked myself into a glass of red.