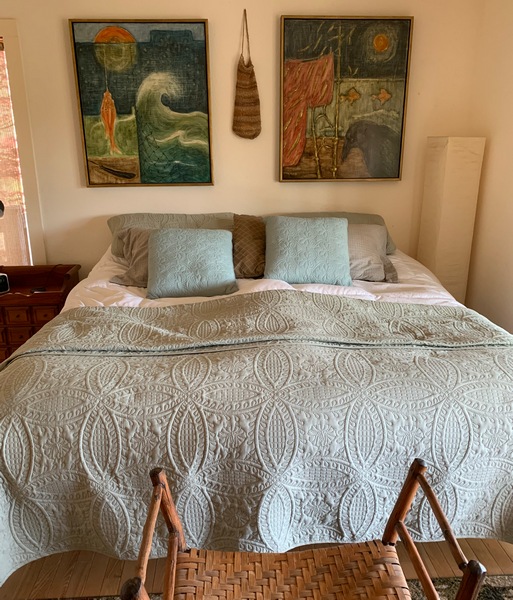 Yesterday this king size bed went to a new home with all its linens and pillows. Then came the new double that was adjusted to the right height and all the moves it is capable of were tested out. 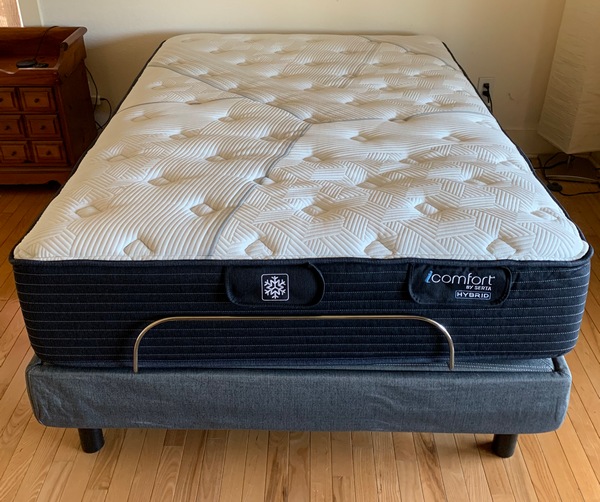 As soon as the men left, the cats and I tried it out for ourselves. Delightful! Especially the “Zero Gravity” setting where you are gently lifted on each end to where you feel like you are floating.

Dilly has taken to watching some of my old British mysteries….Like Pie in the Sky. Nice escapes from every day worries and thinking too much. 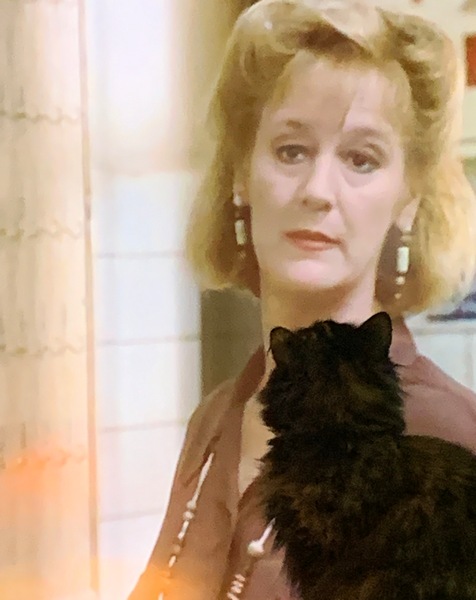 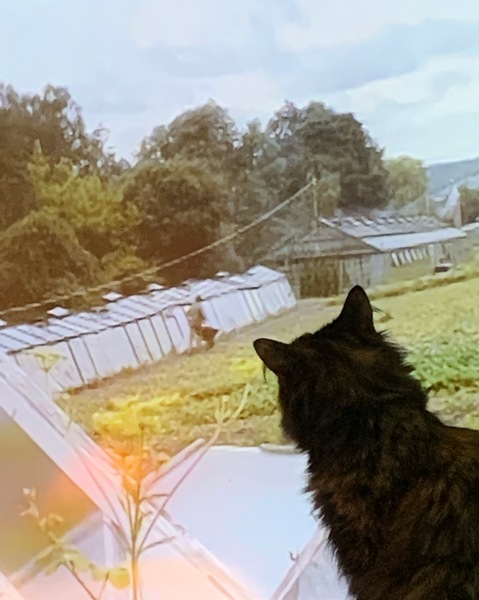 This morning I went for a walk at the river. Much more Spring-like than before. 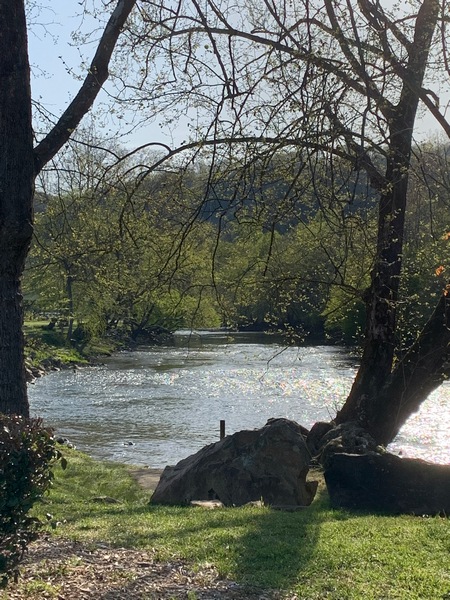 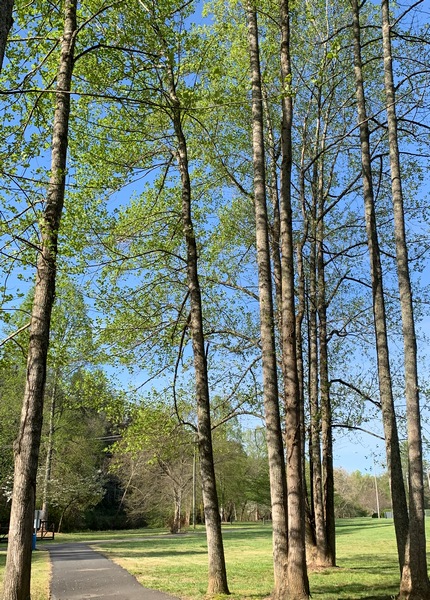 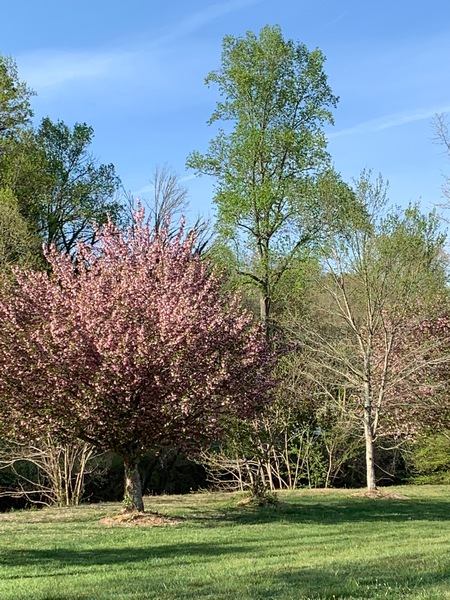 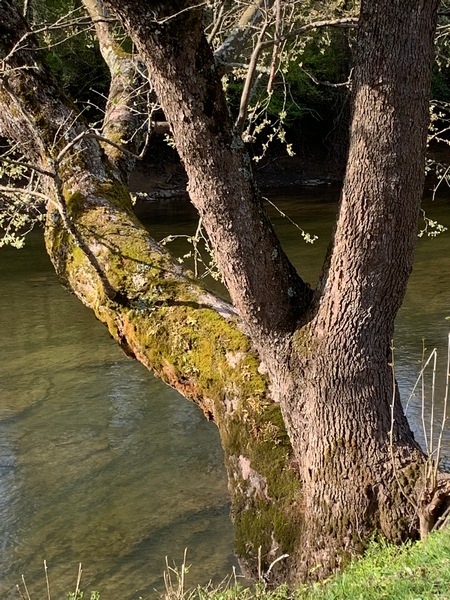 Then it was off to look at light fixtures and fans. Only came home with the lights for the bathroom vanities. 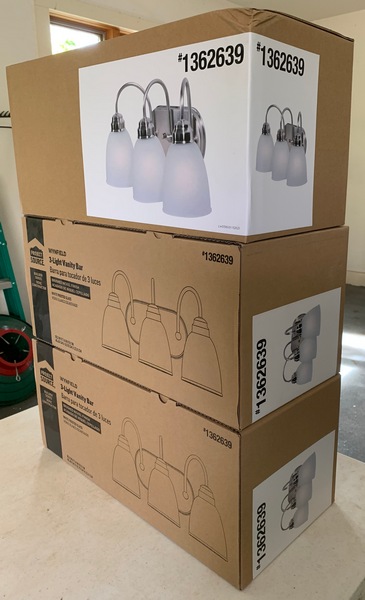 The fans I will get later…most of them are rather ugly and ordinary. And the search for pendant lights for over the sink island in the kitchen will have to continue. Designers are showing little imagination in this area or entirely too much. Most have glaring odd shaped lightbulbs that would be close to eye level. Others look as though they were nicked from an abandoned warehouse. None wanted to disappear into the background. The search online was not much better. Still lots of time.

The care center called to tell me that Lee has broken a couple of teeth from grinding them down. They needed my approval to call a dentist in to see what can be done. He also has a condition called thrush on his tongue that could be caused by the condition of his teeth.  It will all get treated.  And those in charge of bringing in their dentists to take care of issues in nursing homes called earlier today to let me know how much I should be prepared to pay for services rendered. I told them that it will be taken care of however much it cost but that they should keep in mind that Lee does not communicate well, is likely not going to hold his mouth open for fillings or whatever else they might have in mind.  And if extraction was the best solution to please go ahead with it. So since we don’t have dental insurance and of course are still living in one of those countries without the benefit of government health care, it will be $213 for each visit to the care center, $75 for the first exam, then in addition whatever the procedures cost, but not to forget that it is $213 for each visit. I assured her that I understood and am thankful that we can afford these sudden expenses.

I did attend the meeting with five Democratic contenders for the House of Representative’s seat in our district. Most but especially two seem promising to go against the imbecilic young Republican presently holding that office.  But the interesting thing was one elderly contender who was running late and seemed to readily admit how little he knew about the topics at hand. But he was sure that gas was always good in the past so was good enough for the future instead of alternate fuel sources, and that the only thing he had to say on immigration was we need those “cheap labor” people coming over the border to pick our produce. No one in the room found this candidate amusing or enlightened and he received very little if any applause.

What made me feel somewhat heartened about the politics in our deeply red area of rural North Carolina was how thoughtful and well-researched the candidates and audience were. Not one seemed to be involved in the constant feed of  false narratives.

So many of our once “united” states are willing to let the Republican Party knuckle drag this country back into a time of dwindling civil and human rights. Those of us still allowed the privilege of voting need to not only show up to vote but think hard about what we are supporting.

July 14th seems to be the date to move in to the new house. My realtor and I are extending that by a couple of weeks for a closing on this house and hope it all works out. The last moving truck taking things back north will arrive on the 14th as well.

Now I just need to sell the house when it goes on the market.