This is the old collograph that I made titled, “Daily Grind”. Small prints in a row of five ways I have been served coffee. I did give some away and one was to a cafe called The Daily Grind. I might have sold two or three. But I did find several unsold ones in my prints drawer. Now some of them look like this. 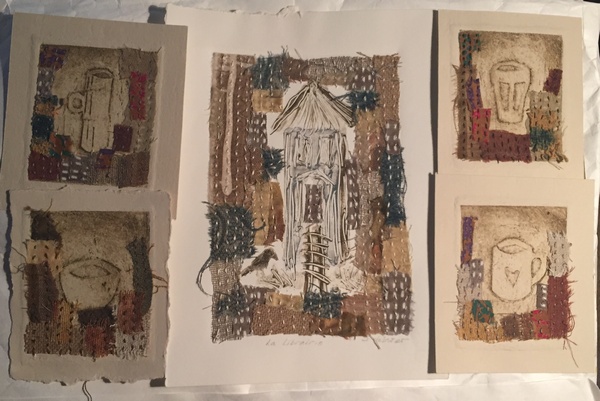 The one in the middle is a monoprint that I made in the middle of taking French classes. It was called La Librairie meaning book shop….not library….that would be biblioteque. The spellings could be wrong but it was years ago and I have no idea why I wanted to speak French other than there were free classes being offered at the local library. I drew this image from a sculpture that I still have that has a book for a roof. The crow is there because back then there were lots of crows on my work.

When giving prints to local businesses I gave this one to two places of business. 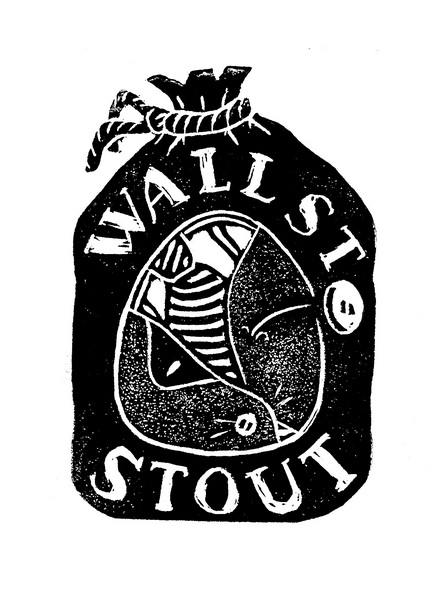 It was a challenge to come up with a beer label for an exhibition in Asheville at BookWorks. This was a wood engraving and underneath the image were the words, “A beer you want to occupy.”  Anyway one of the places I gave a framed print to is the Hayesville Brewery where we go every Thursday for lunch and another to Parson’s Pub. We went back to the Pub after several years of absence the other day and this was our lunch….a Reuben with fries, a Fowler’s Pie and of course, two dark beers. 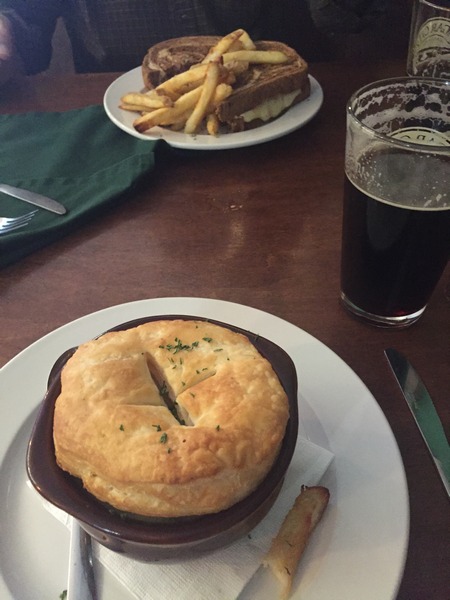 And right before we went to lunch we went to the hardware and bought more weeder eater spools, more glue and two self-closing toilet seats. With seats being left up now this seemed like a good investment. I am amazed that with just a bit of a touch to close them both parts head quietly down to sit in place. 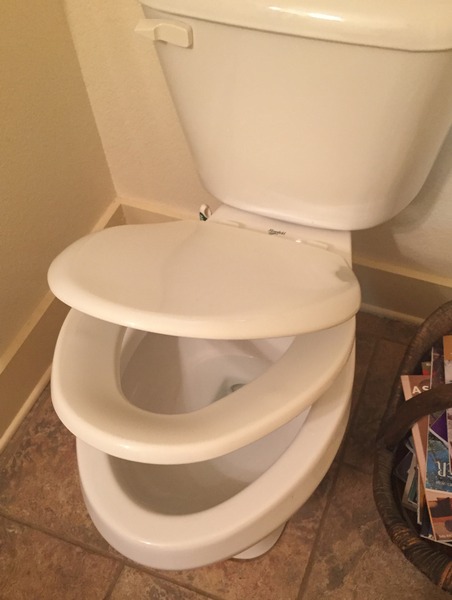 Also back in the studio I am working on the first of the wooden heads. It is why I needed to go get more glue. Lots of pieces to stick in place. Next time I will post a picture of how that is going.

Also this week I needed to order a new Microsoft Office program as Word just decided on its own not to open for me. Thank goodness I had help getting it installed via the internet. Nothing is easy anymore….but most everything is irritating.