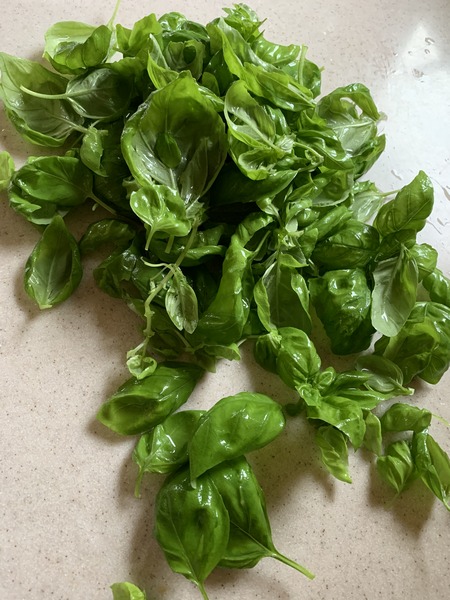 I managed to get the one basil plant I have trimmed and chopped with olive oil to make cubes for the freezer. Then on to a loaf of grain bread turned into french toast for the freezer. 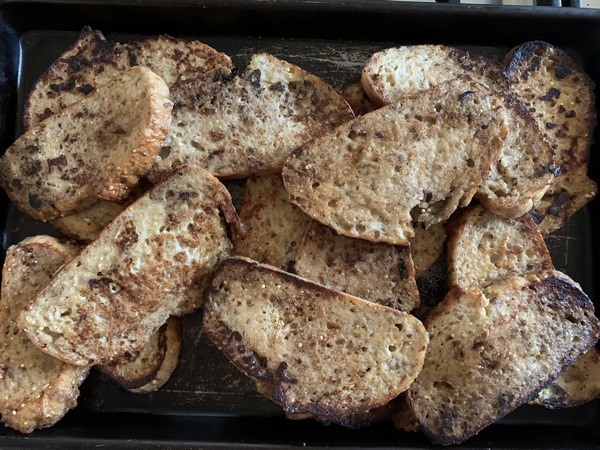 A brief walk outside between showers revealed that Lee had decided to take all the recycle bottles and line parts of the driveway. We got that picked up so it did not look like there was a wild party out there. Next we took all the ferns out to get some of that nice rain and he brings in a massive shop broom to sweep up the leaves on the porch. I get him sorted with the vacuum and then realize he has taken it out on the deck in puddles to vacuum whatever he sees there. I put it away.  A few more forgettings where he is going to do something and what it is he would do when he got there and he is now out on part of the trail moving rocks. I am not going to look. Later.

Yesterday he brought me another large turkey wing feather from a walk with the latest caregiver. She did so much talking and looking around that I only got one new pair of pants sewn. But there is always next time. Next week we go back to one that has more energy to do things with him and a new one to come on Friday. Hoping we get as good as we did with the old company.

Anyway back to turkeys.

Here you can see those big wing feathers being stretched out. 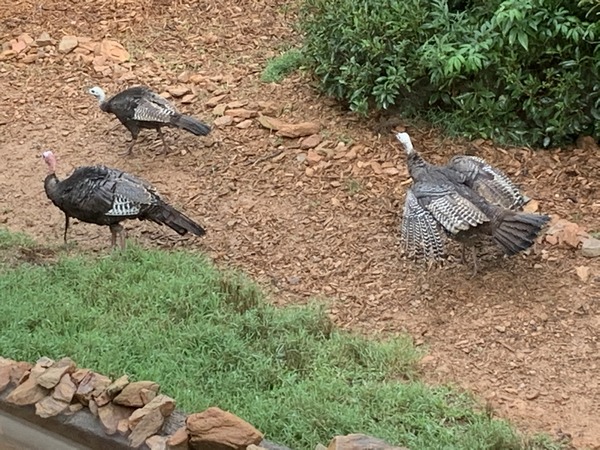 And the last four days of drawings with one of those feathers on a page. 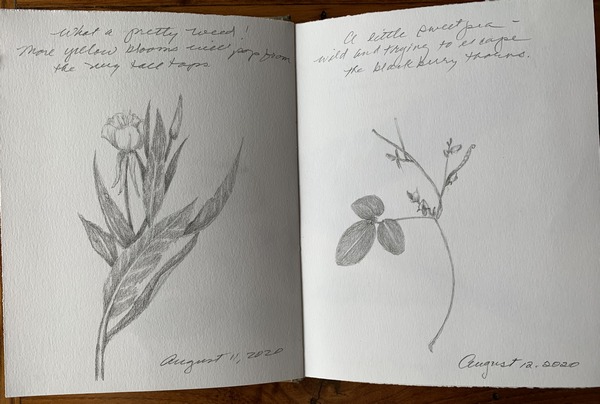 What a pretty weed!

More yellow blooms will pop from

wild and trying to escape 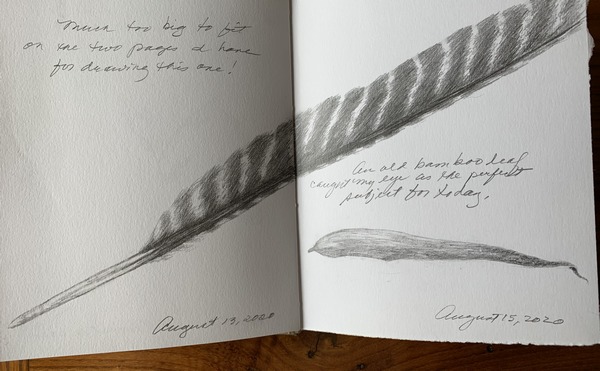 Much too big to fit

on the two pages I have

for drawing this one.

caught my eye as the perfect

Lee is back in with two mud covered small feathers. I will draw them tomorrow. Now I have him settled in front of the TV with the cop shows channel. It will hold his interest until he drops off in an afternoon nap.

Lately he has forgotten how to eat some things. Sandwiches are dismantled and eaten with a fork after cutting up into very tiny pieces. If I remember to demonstrate how to pick it up and bite into it, he will follow suit. For sure our eating out days are over. This covid isolation has come at a good time.

I did get a little time to work on the fairy book. 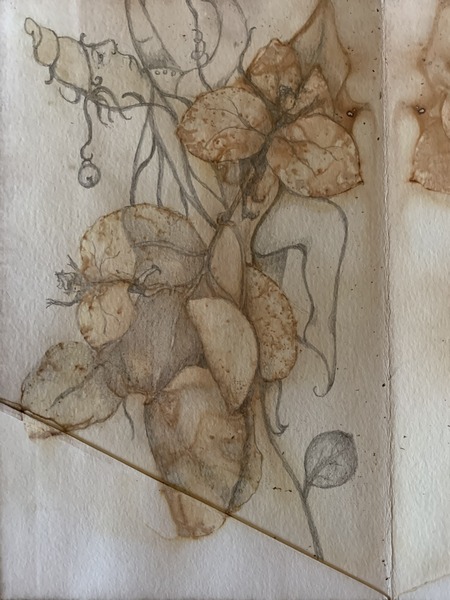 Our evenings are spent watching whatever I could remember to record or a Netflix series. We are finishing up the last season of a Showtime series called The Affair. I have never seen a program that is so long and has not one character that you care a whit about. Privileged, entitled, self-indulged, thoughtless, witless, each and every one of them. And there are several covering three generations. And why do I watch it? One, I am hoping the screen writers will change something to make the characters at the very least tolerable, and frankly it has the most energetic and athletic sex scenes I have ever seen. How they pull that off with so many in the room while filming is a mystery. I actually prefer the British series where such matters are implied rather than exposed. I will be glad when this one ends.

The rain will be moving back in soon and if Lee has not taken a nap, I will find a book to read aloud to him. We can sit on the porch, listen to the rain and the sound of my voice and have an early glass of wine.  Dinner will be the last lasagna I put up in the freezer. Tomorrow I will make more.

This is a strange blog going from the kitchen, to keeping track of Lee, to turkeys, to drawings, to caregivers, to pathetic TV series, and end up back in the kitchen. I can do better. Promise.