The studio did not get completed this past week. A promise of Monday. The same day I have to get Lee to a dentist two hours away for a root canal. But both will be finished by end of day. It is hard to access anything in the studio because the plastic covers everything. But I have been able to get some stitching done upstairs.

The John C Campbell Craft Shop took all the new pieces and I took two of the ones they had in inventory back home with me. I told them to mark the rest down to what would sell, gave one to the auction, two to redecorating plans they have in the works and then gave two like the ones below to the two girls who work there and have always been so supportive and encouraging of my efforts. 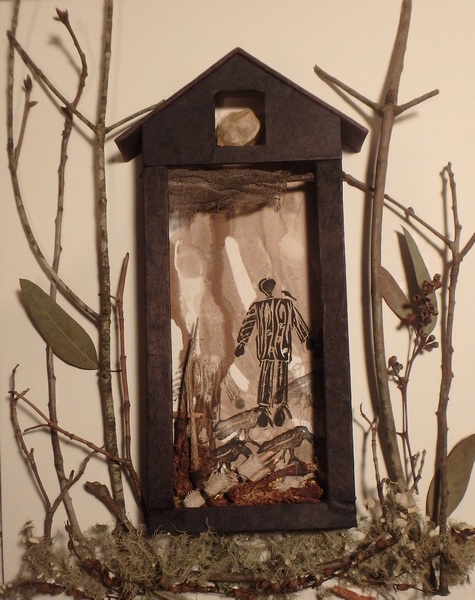 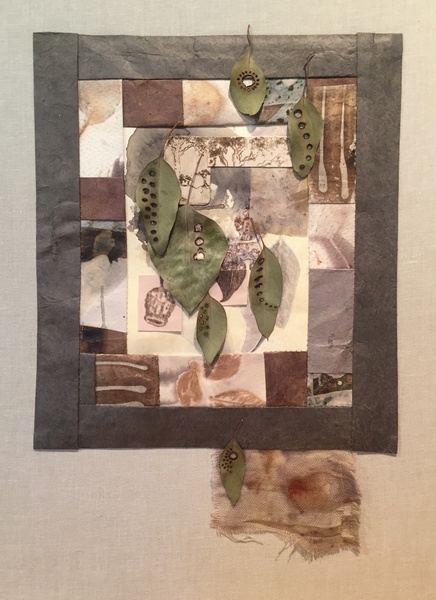 They were very appreciative and loved the new work. 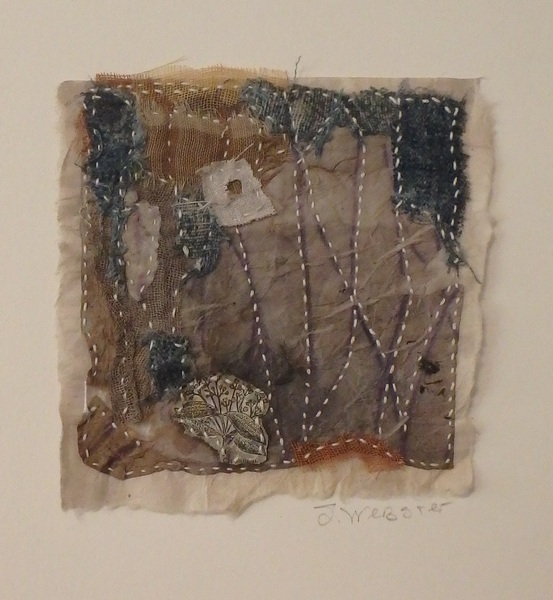 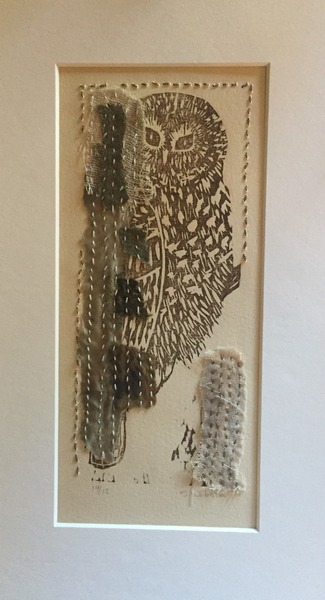 And here are some images of what I am working on in the den with Lee. 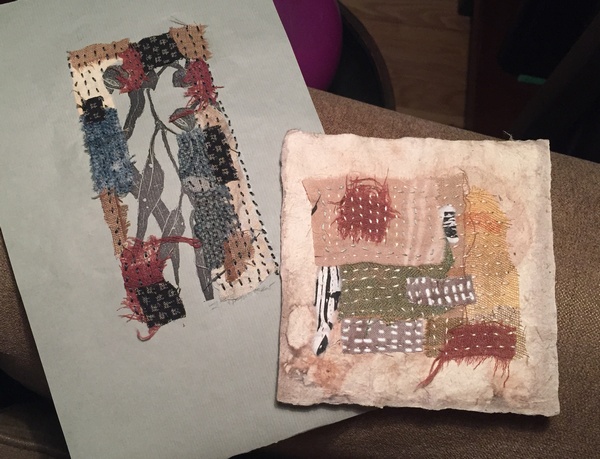 I love that the cloth has memory, some from my own clothes or sewing projects and then these antique Japanese textiles from Wafu Works near Hobart, Tasmania. It is fun picking out color and sizes of threads to work over the arrangements of cloth and print. This one below is worked over a less than successful dry point engraving with fabrics I contact dyed while in Australia and here at home patched in. There is also some silks dyed by a friend in Australia…..I cut up a scarf she made because I knew I would not wear those colors. Also are scraps torn from wood block prints. I just move the bits around until I like the way it looks, then try to still like it after the stitching. 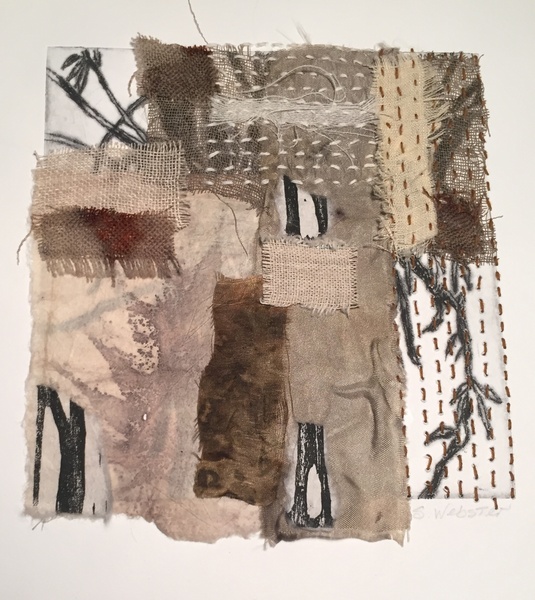 The funny thing is I tried to add some luscious red threads to a piece and it looks awful. I can’t work in bright colors even when I think they are just what it needs. I might tear it apart and use the good bits in another one. I often wish I was raised to be more wasteful. Then I could just toss it. But we were told that things must be used up. So I am always thinking there are possibilities even when it is quite clear that all possibilities have been exhausted.

A young man came this week to do all the weeding. Nice kid. He is willing to come every few weeks to do it again. And this morning another not so young young man came and reset all the slanting stepping stones with packed sand. He also stopped by the hardware to pick up twenty bags of mulch for the younger young man to spread when he returns in a few weeks. I felt like I was getting somewhere this week.

The repairman doing the ceiling in the studio even stuck around and had a bourbon with us. It was great because I could vent all I needed on any subject I wanted. He is a good listener and I have missed having one.

In the middle of being out of sorts earlier this week, our satellite TV went out. I called and of course eventually got someone with an Indian accent. She forwarded me on to someone in billing who told me (like I was an idiot) that this was billing and not repair service. So I tried again and got the Indian woman a second time and as soon as I was getting into it, she hung up on me. So I asked the ceiling painter to come up and fiddle with the controls. He obliged but was stumped. I called the phone number again and this time got someone I could understand who put me in touch with the right people and ten days later I would have a service man come. I mentioned that I would likely be spending many hours in a bar watching their television and she said she would put “urgent” on my request.

And here is the best part. I went back into the den, pulled out the secret hidden control that goes from satellite to DVD and sure enough it had been bumped when I put it back the night before and was on some channel completely foreign to the Satellite and DVD player. I made the adjustment and all was fine.

I called back to cancel the service request (which took more time than getting the service scheduled) and the nice, very nice young woman told me it would be wise to just keep the appointment and the service man could check all the wires and connections, to set my mind at ease.

Then she politely asked if there was anything else she could do for me and I told her, “Yes, please, please do not vote for Trump or any Republican for that matter.” She laughed and I felt sure she would not make the wrong decision at election time.

So all in all, a good week.