They are finally, FINALLY patching the ceiling and repainting in the studio today. Getting workers to show up after you locate them is nearly impossible here in the foothills of the Appalachian Mountains. Closer to any of the cities just two hours away and there would be competition to do the job. 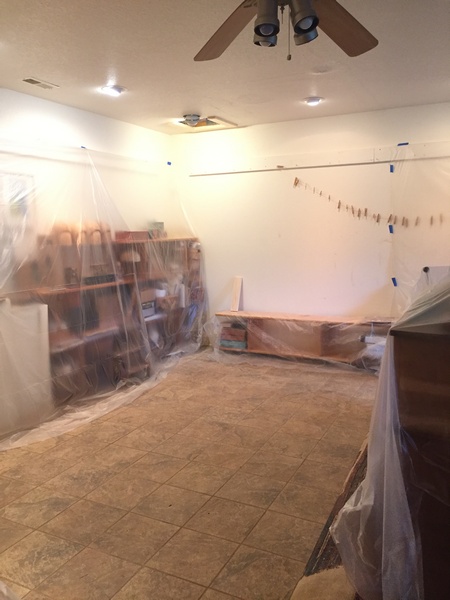 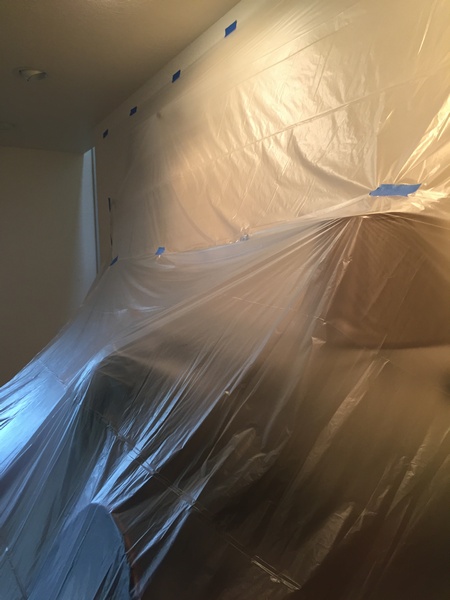 Maybe by the end of the day it will be all over as far as the plaster and texturing goes….then later the painting….then later I can sort things out.

In the meantime I am keeping busy with little stitcheries upstairs. 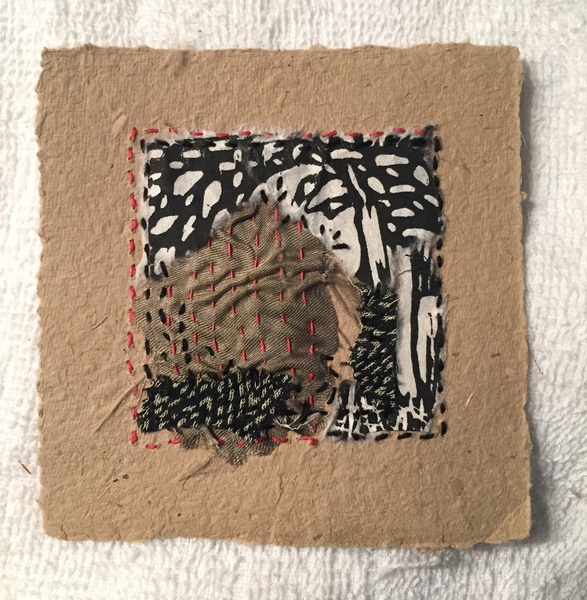 This one is only four inches square with collaged pieces of woodblock prints and bits of cloth. It took me three crime series programs (three hours) to make another one that I did not like as much. So today I might just spend another few hours adding to it. They are a bit like puzzles of curiosity. What if I put this here, no wait, maybe not, maybe this piece, yeah that’s it, well, maybe not.

It is hot and humid here. This weather clogs my brain. There are no good choices to make when it is like this. Well there is the choice of whether to have a single malt or gin and tonic or white wine at the correct time….which seems earlier than most other peoples’ time because we eat so early so I can be in bed by 7:30 – 8:00 at the latest.

Between that drink around four o’clock and bed with a book is preparing and eating dinner, setting up the coffee machine for Lee to only push the “on” button at 4:30 in the morning, cleaning up the kitchen, making sure the house is closed up, finding a program for us and then him to watch, remembering to give Lee his evening pill, check the litter box and cat food dishes, turn off the fans and pond waterfall, having a phone conversation that I am only half paying attention to as I run through the list of what needs to be done next……BUT slipping into the sheets knowing that all of that has been done is the best feeling of the day.

I can read no more than ten pages and then my eyelids will not stay open. Lee will be in bed about one half hour later after he has pushed the off button (circled in black felt marker) and turned off the lamp in the den.

Sometimes like this morning at 3 am he will bolt from bed headed out to see who is ringing the doorbell. His dreams can be be quite real to him. Maybe I will get back to sleep, maybe not. My mind seems to be most active in those wee hours. There are no less than a zillion things that you can imagine going wrong in those times. But come 4:30 and NPR coming to life on the radio (always reminding me of what actually IS going wrong) then it is shower, dress for the gym, get that cup of coffee that Lee has poured for me, and we start all over again.

Yesterday we saw these two new additions to the crowd he feeds via corn, birdseed and anything they like from the front yard….azaleas, hostas, formerly flowering bushes….anything but the weeds! 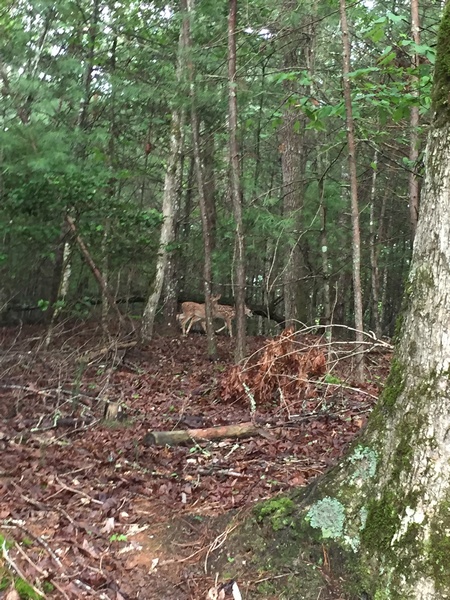 Baby deer don’t pose for pictures very well. They are terribly cute though.

Til later….I am headed up to check on Lee and work on that little stitching that needs something….