As soon as Amy and Ben arrive they start the sangria. 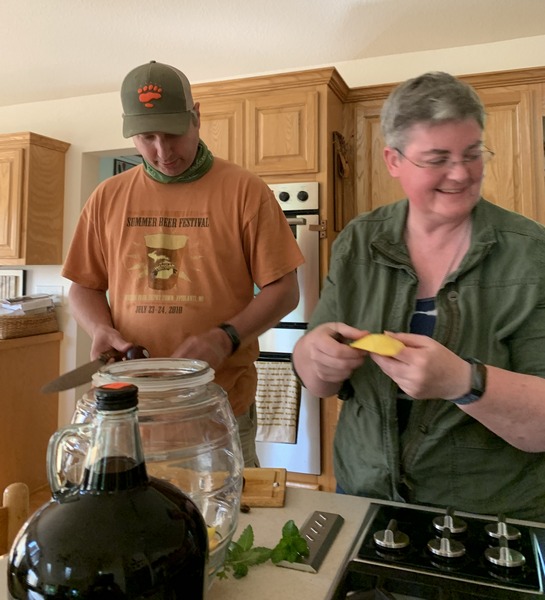 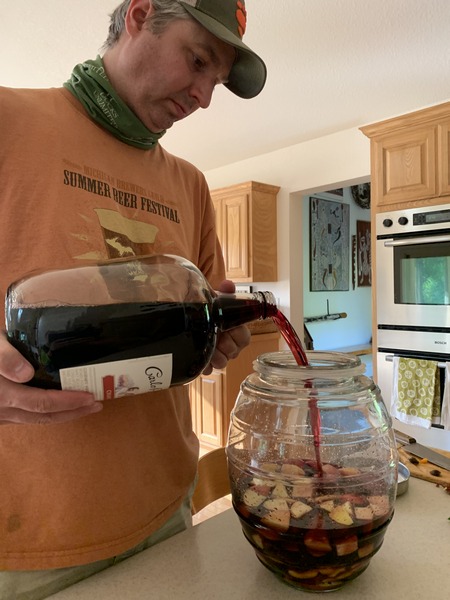 It is a nice mix for hot summer days. When all is consumed dispose of fruit responsibly. Garbage disposal is better than compost pile where wildlife can become quite ill. Ben may have caused a squirrel to die happy.

Next just before dinner we moved onto a Cucumber Aquavit Gimlet: 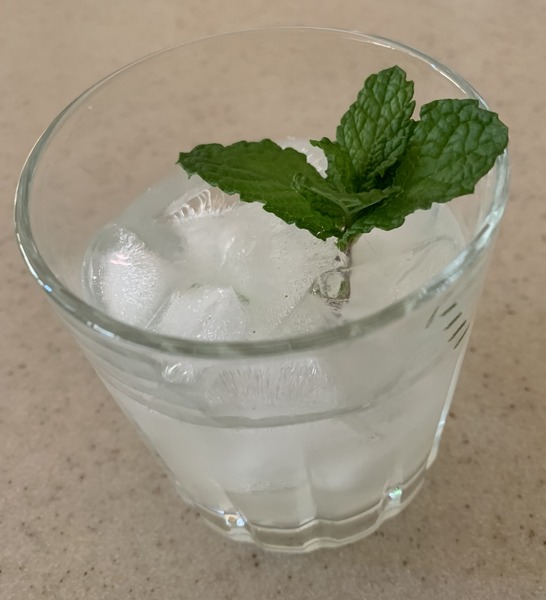 2 shots Aquavit mixed with muddled two mint leaves, the juice of 1/4 lime, 1 tsp sugar and one slice of cucumber. Strain and pour over ice. Garnish with mint sprig.

Next a rosemary simple syrup was made by heating 1 cup sugar to 1 cup water and 1/4 cup chopped fresh rosemary. Bring to boil and strain into a bottle.

Now you can make a Rosemary Old Fashioned 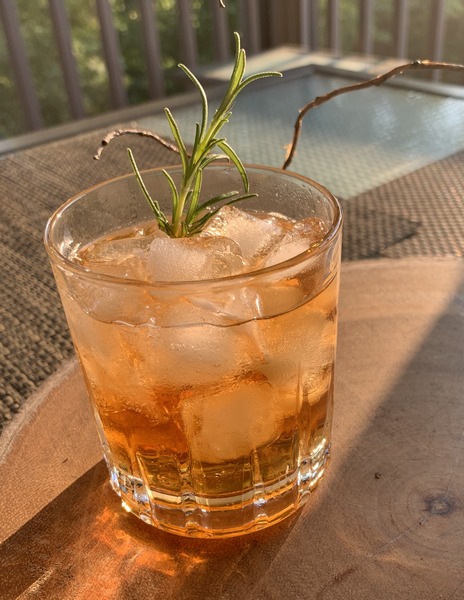 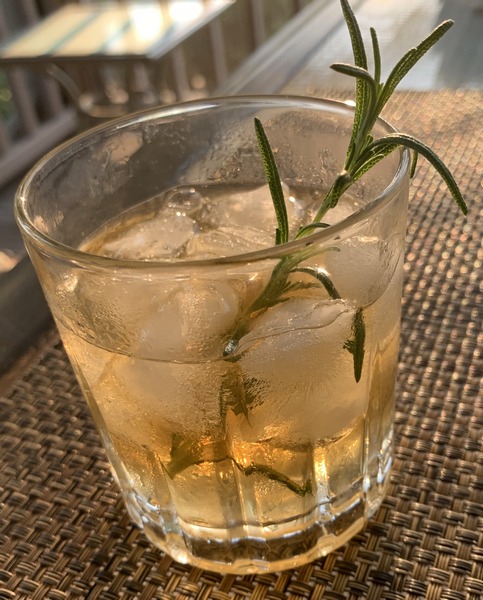 The celery bitters is a less sweet, more dry and savory. version. Nice.

A note from Ben: The word “utepils” is Norwegian for sitting outside and enjoying a beer. It is looked on as a holiday and with a capital “U” designates the holiday of the first day Norwegians can do this.

The following day we watched a you tube video of Tasting History with Max Miller. A fascinating series of early, early recipes. This is where Ben learned how to make the Epityrum we were eating with crackers and cheese at the cocktail hour. It is very much like a tapenade.

We decided to forego dinner after eating so much at the cocktail hour and finished the evening with this drink we called Rhubarb Sunset Cocktail made using Ben’s Rhubarb Ginger Cordial.

First you need the bottled cordial made three weeks ahead of time. 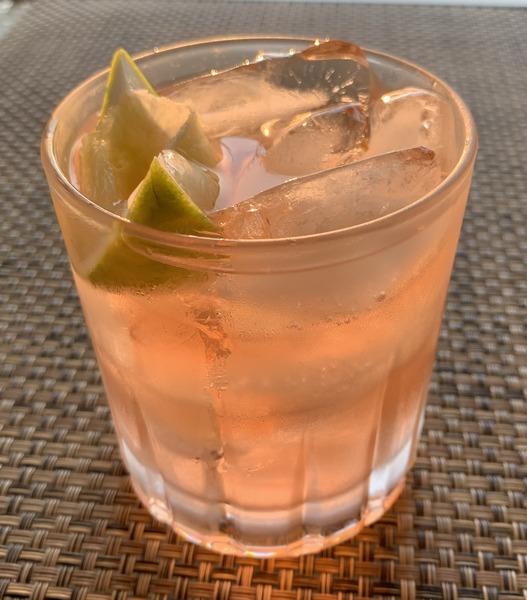 Over ice pour 2 shots rhubarb cordial, a healthy splash of tonic water and the juice of a good size lime wedge. Toss in lime remains as garnish. Absolutely delicious!

We had two very nice bird watching walks along the river and I would put some of the pictures here but I will save them for next time.

Ben also had time to make several prints of his first white line wood carving. He is now carving another block. 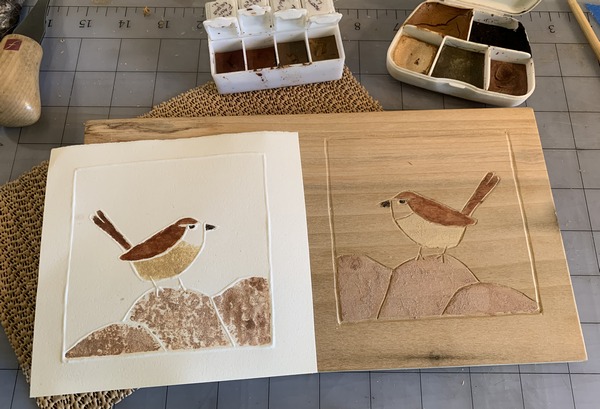 I don’t know what we are drinking tonight besides Sangria which appears to be an “anytime” refresher.