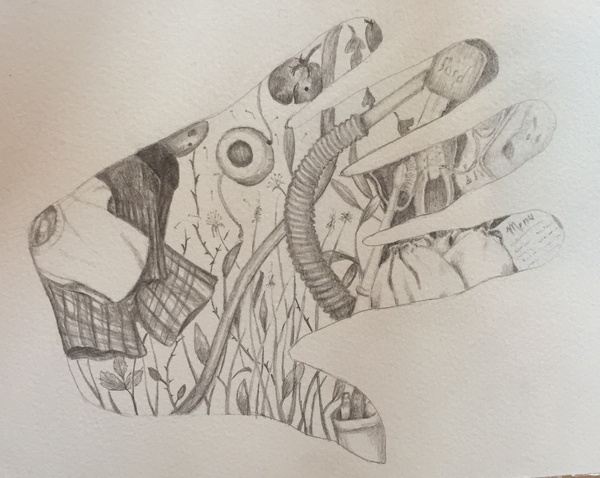 I finished the third Hands of Responsibility. Lots of weeds, not knowing how to load the spool for the weed eater, sometimes help with tying shoes, now taking the garbage in my car, no driving his truck, rotten tomatoes in the garden, not emptying litter box, forgets where his underwear is kept, and needs reminding to brush his teeth.

After my last blog the two of us were having that beer on the porch when he decided he needed to put on a long sleeved shirt. After a few minutes I asked if he was having trouble finding it.

He comes out with his shirt on inside out and he can’t figure out how to button it.

“That is because your shirt is inside out.”

“Oh” and he figures out how to get it back on right side out.

And says, “I know I did not hang my shirt up this way. I know you wouldn’t, so it must be that grandmother that comes around and changes things.”

I liked that….a grandmother sneaking about the house. So we both laughed when I told him it must have been her that burned his toast the other morning.

We also have another phenomenon going on. The cleaning lady came today and I showed her some things that looked like white bread crumbs in certain areas….but not necessarily the kitchen/dining areas. We tracked them into the bedroom, down the hall, in the laundry room, foyer….just some loose scatterings of them. They have no odor, no taste, no weight. She and I thought it might be basil blossoms coming in on damp shoes or jeans. She no sooner vacuums them up and then ends up sweeping up more before she leaves. That was three hours ago and now they are back. They aren’t coming from the ceiling, they are on the porch as well….but nothing is blooming right now. Very strange indeed and if it continues, then we have no choice but to think that there really is a grandmother having trouble eating her ghostly sandwich and finding a place to sit still.

I have taken a look around the studio and know what my next “thing” will be. These heads. 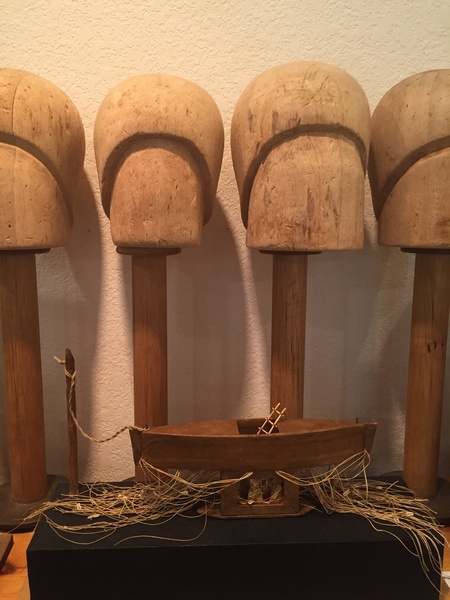 They were always going to be right and left brained women with things carved into their heads and called “What Were They Thinking.”

They still will be but not on these elevated spools, rollers instead so they can visit each other. And they will have dormer windows built out so we can see deep inside…maybe even a couple of ladders heading into the windows. I want each one of them to be very individual. It will take lots of time which is a good thing.

Here are other things in the studio near the heads. 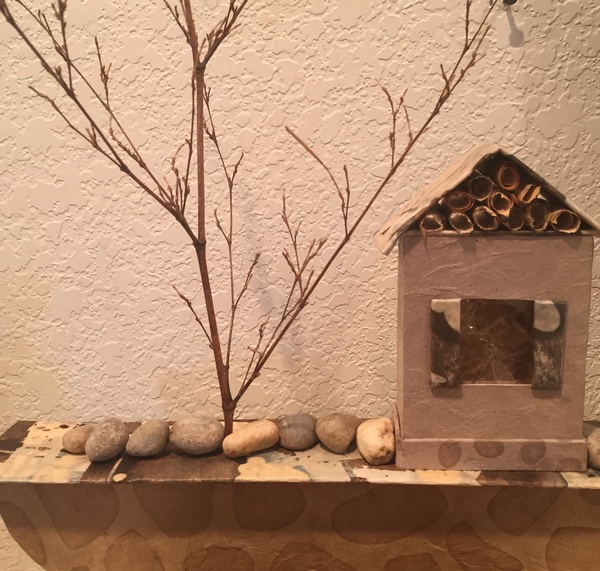 Suggesting windows made of mica. 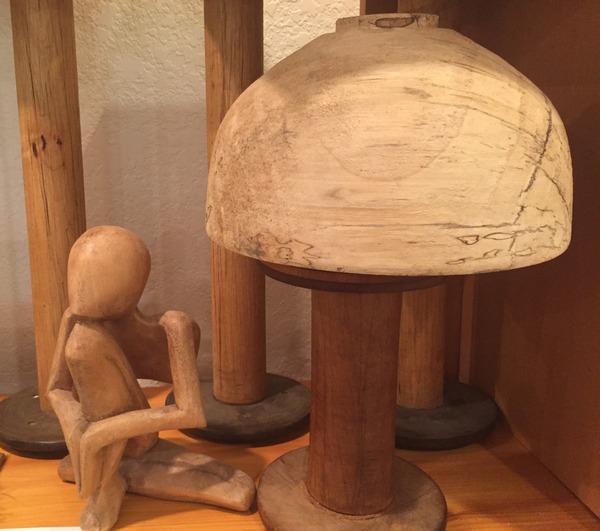 They might gather around this dome with the yoga figure on top….not sure. 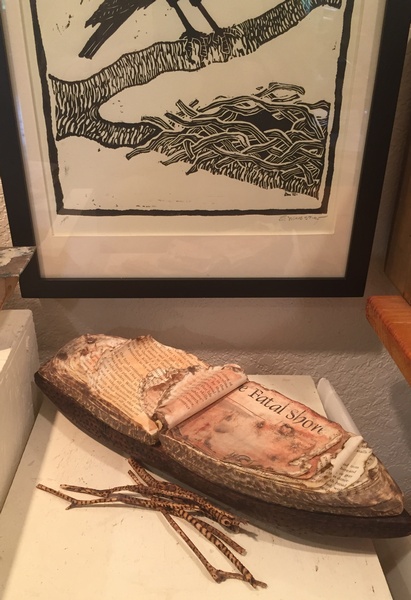 And one will surely need a life boat to escape.

So I will be looking for old wheels so they can get around….about the size of old roller skate wheels or old rubber toy wheels.

I like that I can make them travel or line them up and put a rope for them to hang onto like children going into a museum.

Anyway more to come on that. 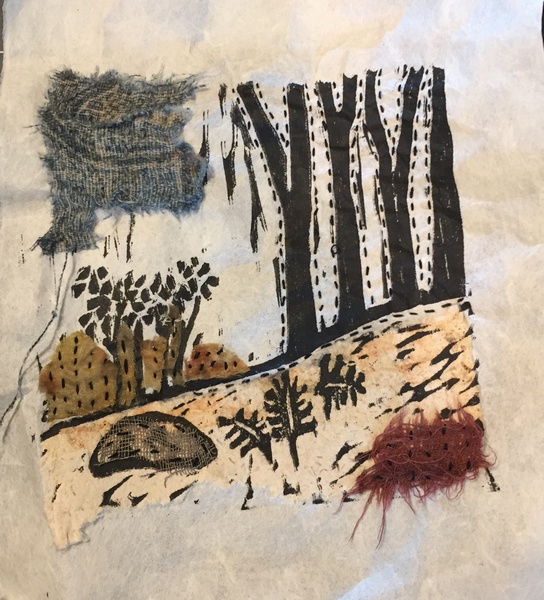 Also the new stitched prints, now all framed behind glass, will go to the craft shop at John C Campbell and I will pull out older work to give away to whoever smiles at me on the way out and looks like they would like one, or they will go to an auction.