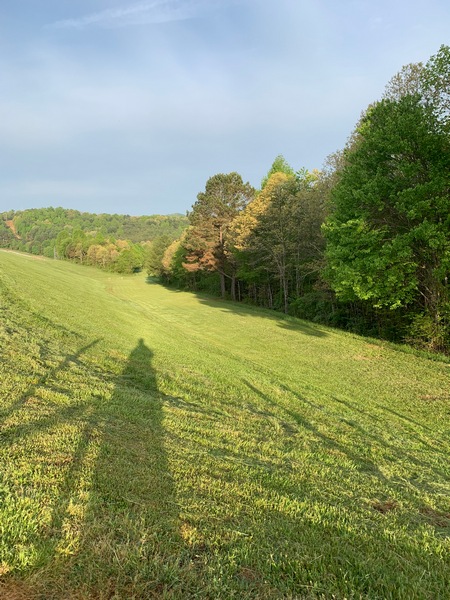 When I go on my early morning walks I am completely alone most of the time. Once I take the obligatory photo of where I am to let my family know I’m still at it, my pace is set and my mind clears. Then I pick a thought to spend time alone with for the next half hour or so. And the other day it was about language and how we don’t hear as many words as we used to. They are not being used so much. The ones that came to mind first were adjectives such as marvelous, gorgeous and charming. The generations behind me have become disconnected with the use of words like this. Adverbs as well seem to be waning. Smartly dressed, largely accurate.

Personally I think it is the ease of texting on cell phones. You can say what you have to say in a brief form and if a response comes back, fine. If not, then send another. Sooner or later they will get back with an equally brief text. In fact the cell phone can even out think you and jump to the word you might be looking to poke in with your finger tips. And forget proper grammar; cell phones are programmed to not even go there!

But back when we wrote words by hand in letters, all those extra words were necessary to convey how we felt, what we wanted the recipient to understand.

And I know by now that I have lost a certain percent of you because it looks like I have no more pictures, only words that have to be read left to right, line after line… “My god, what is she on about?”

I found this journal entry that I wrote almost thirty years ago. I think it is relevant.

Letters. We don’t write them much anymore. Just notes on postcards or a line or two on greeting cards that we choose because it reflects a sentiment, we feel but don’t want to commit to handwriting. Then there are those computer-generated newsletters. There is something cold and impersonal about these regardless of the intention. Without the personal involvement that handwriting brings, these become less-than-sincere attempts at communication from the heart.

I miss receiving real letters that contain real feelings, observations and opinions. And what’s worse, I miss writing them. Now the urge to record those things is directed to a personal journal. But here, there is no feedback. It’s a one-way conversation and I don’t have the accountability. No one will dispute or question or ask to know more. Furthermore, writing and recording in a journal seems so much more permanent and unalterable…. not like a letter that is stuffed in an envelope, stamped and sent off onto a tenuous journey to anywhere.

The best letters I ever wrote were sent to my mother. I didn’t really think much about them over the years. I liked writing and in a letter my thoughts were not interrupted by, “Yes” and “Really”, as in a phone call.

I had known for some time that my mother had always kept my letters in a large box. And as her health failed and she ceased to write back, she would drop my latest letter in the box. Then pull them out at random to read and re-read.

When she passed away recently the box was sent to me. I knew it was coming and braced myself for a great wave of sadness. There was still so much in my life that I needed to share with her. So, with trepidation I opened the carton and looked at the piles of envelopes and cards. Everything was there. My whole adult life to that point. From sixteen years of age through twenty-five years of marriage and the rearing of two children. Even the photos of family, friends and artwork were there. She kept it all. I was never so completely hit by who I am and how I got here. It was all documented by my own hand.

And rather than sadness as I randomly pulled a letter out, I became lost in my own history. There was very little of my thoughts and feelings that were not there in that box, recorded exactly as I felt them at the time and shared with the one person who would accept them all unconditionally. And hold them close for years to come.

I remember a line in a movie where one of the characters said she had to go and write a letter to her father. When asked, “Why don’t you just call?”, the response was, “Because when I hang up, he has nothing to hold onto.”

My mother held these letters for years and I now have them back to read, laugh and cry as I hold them close and remember. I really am going to miss writing letters to her.

Without that connection of our thoughts through the heart to a hand holding a tool designed to carefully and slowly convey a message as we ponder how to best express ourselves, will we even know they understand the importance of what we are saying?

No, that is not enough. It should say, ” She looked beautiful in a dress obviously chosen to accent her blue eyes and hide the thickening waistline of someone her age.”  Here there is information that makes the recipient of the message wish they had indeed accepted the invitation so they could have seen her for themselves.

Anyway, I suppose it is a moot point, all this talk of short-handing our thoughts to fit the new format of text messaging. Adverbs and adjectives will fade with handwriting. Only poets will be left to remind us of how our words can be used. And when we stumble across their verses we will say things like, “how quaint”, “how charming.”

At least I hope we do…resort to saying “charming” again.

Other news. My new desk arrived. My new place to write and draw. 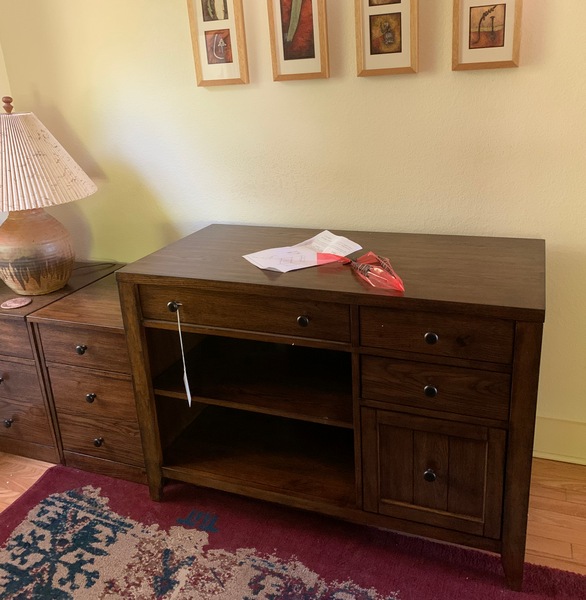 That long narrow drawer pulls out and the face drops down to hold a keyboard, but in my case the laptop will live in there. Drawers will hold drawing tools and paper.

Some new pictures of the town I am moving to…. 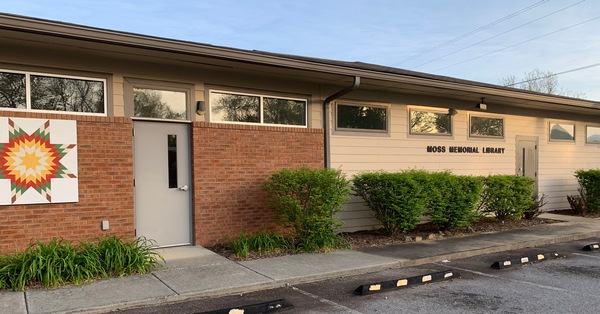 The town library just up the hill from my house and a fellow just keeping watch in front of a store. 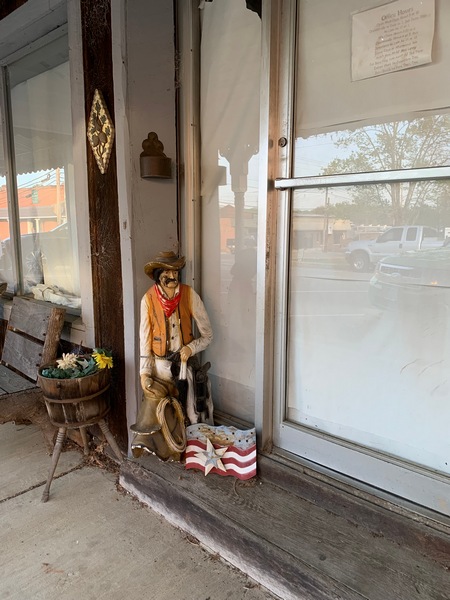 And a new sketch in my Riverwalk House Book of the electrician’s shorthand. 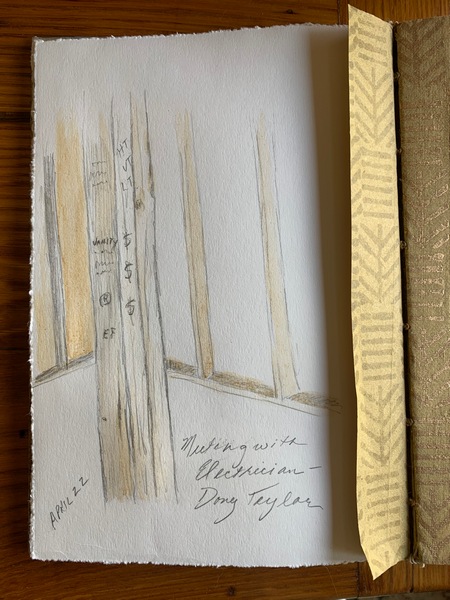 The papers are all signed with the realtor and the house officially goes on the market May 12th. I am ready.