This latest bird drawing of a Black Vulture seems a good image to start. 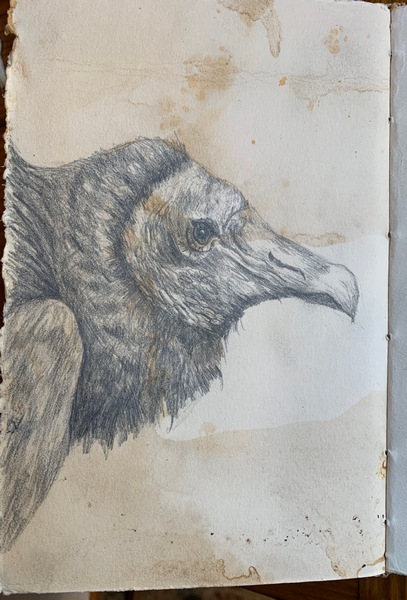 I think I should call him Ching for the man I just got off the phone with.

I needed new air and water filters for my refrigerator so decided to call the number I used before. Not working. Then the 800 number posted in my refrigerator. Also not working. So go online and then on hold. I expected that. And I also expected that when I did get what we all call now, “a real person”, that I may not understand him. Spot on. But we persevered through all of his finally locating the costs and scaring me half to death, All his continual humming and commentary to himself. All my asking if he could repeat…..Then finally after assuring him that the other phone numbers I used in the past and are now not working, had a person who told me the cost was considerably less. He stopped humming the three note marching tune. He stopped saying, “uh-uh” or “uh-oh”, not sure which, and we started again. The end result was that the would-be billing of over $300 was reduced by almost half. Now I will be getting three water filters and three air filters within the week. The funny part is that I almost felt sorry enough for him midway in our transaction to give in and just pay the price. I hope the next person he talks to is not impatient and rude. Of course his tune is stuck in my head now.

And big news! Yesterday I walked from in town to my new house site to take pictures of two by fours put in place. I left from the town square here. 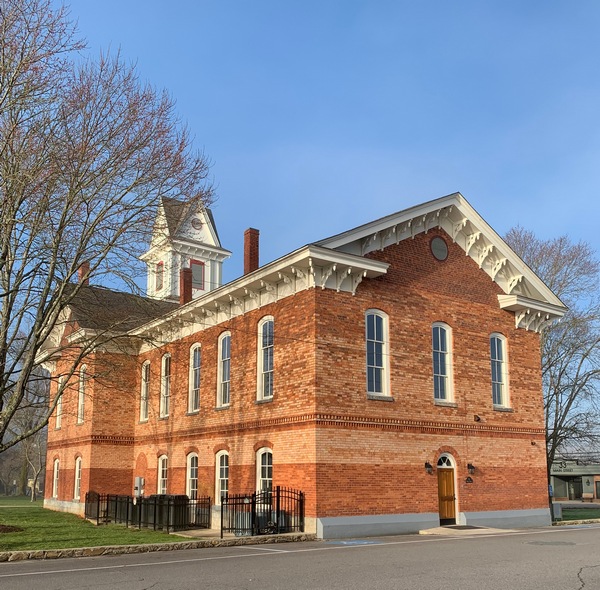 And looking down in between the other houses you can see some building going on. 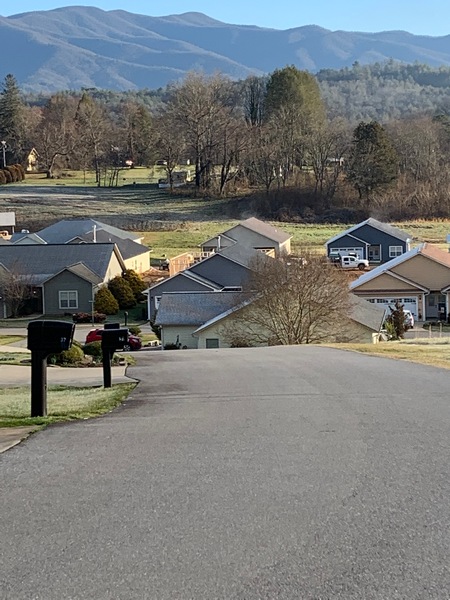 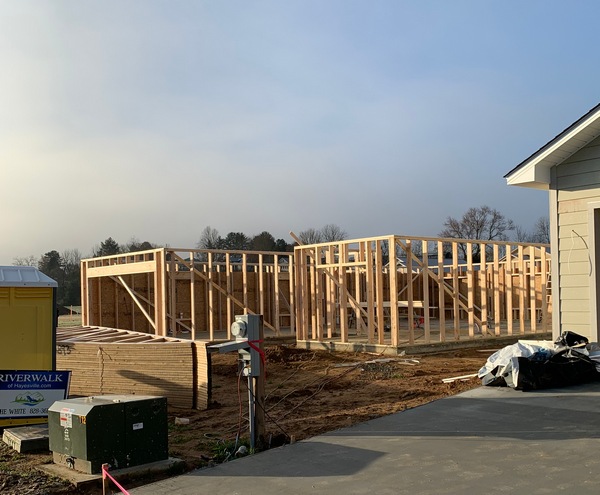 Through the guest room to kitchen and dining a d door to porch. 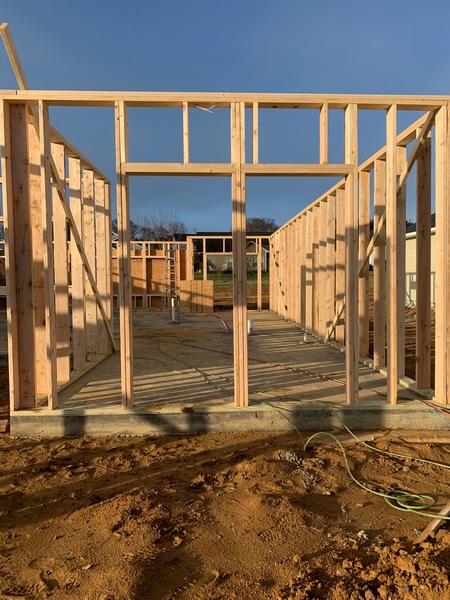 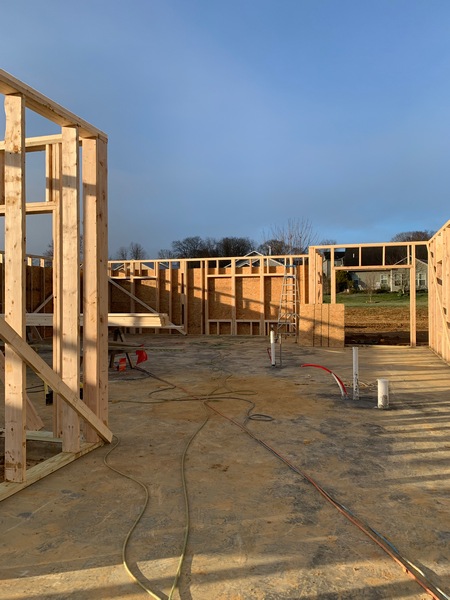 And tree by porch area and living room windows.

Tomorrow I will check if all the trusses have been put up.

A couple days ago a walk at the dam. I only caught a couple of the flock of seagulls. 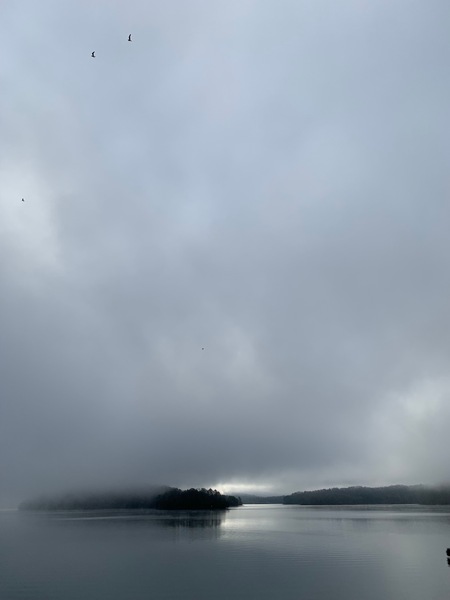 And the sun breaking through the fog. 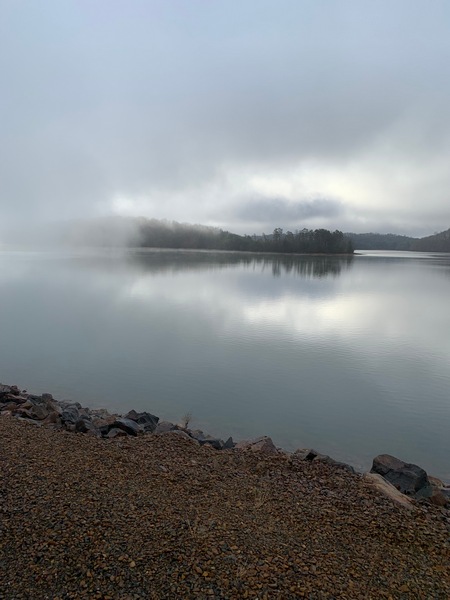 And this morning back on the Riverwalk before meeting with my income tax person. 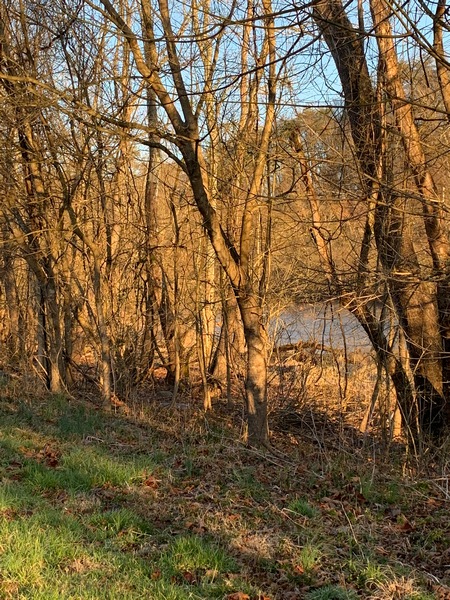 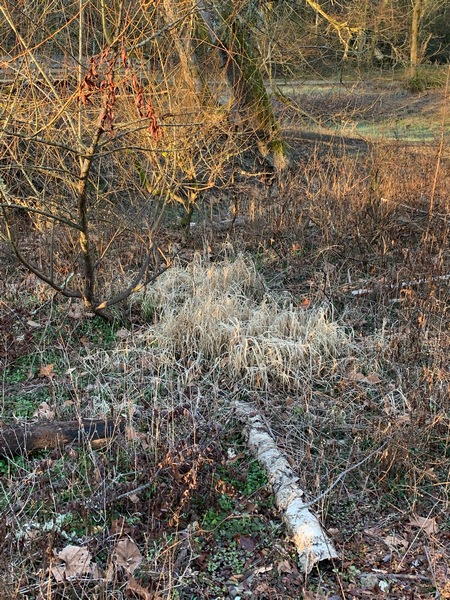 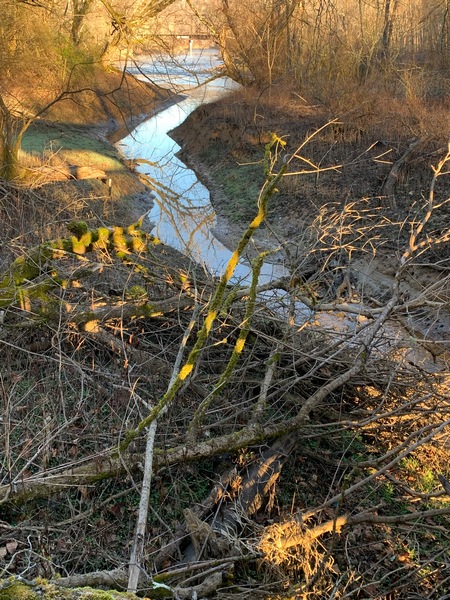 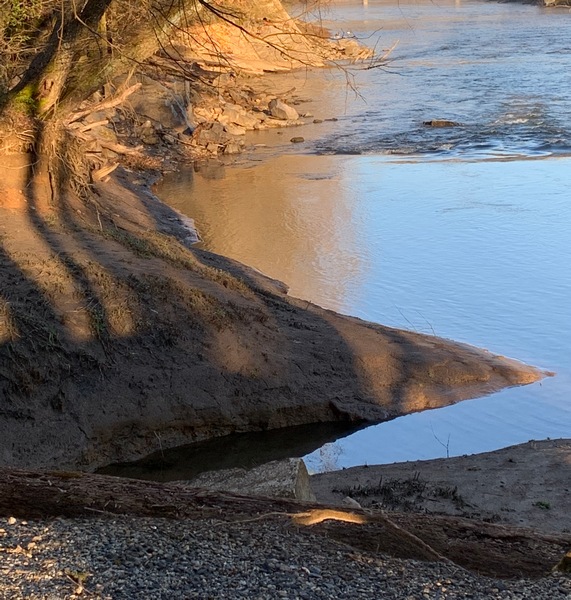 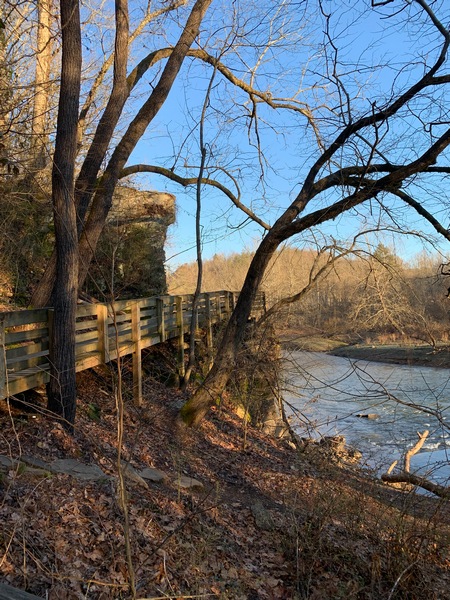 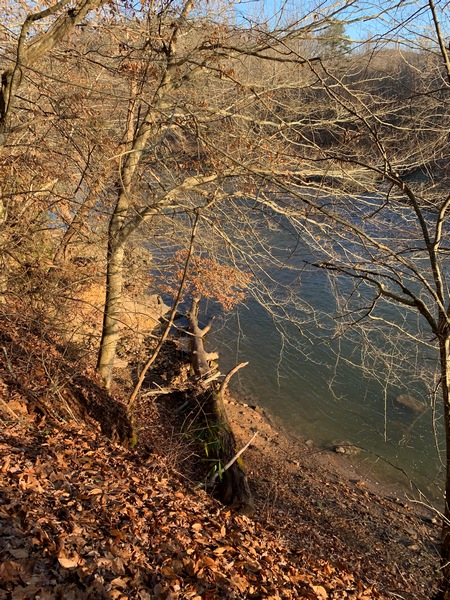 Sorry to have so many but the light was fabulous. A few more…. 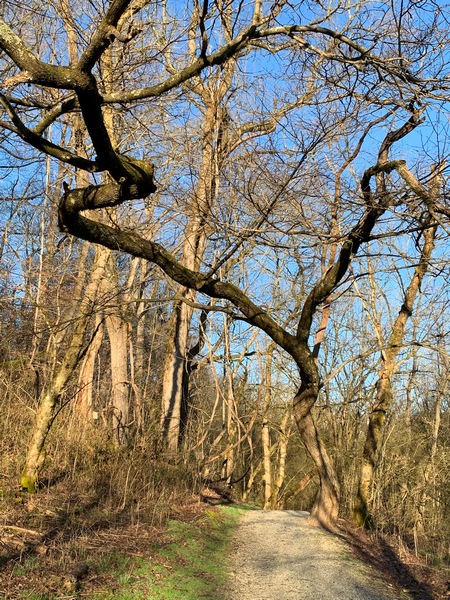 And these wonderful close ups. 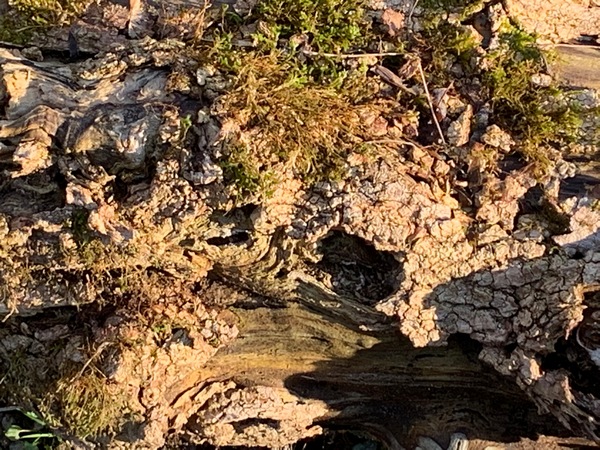 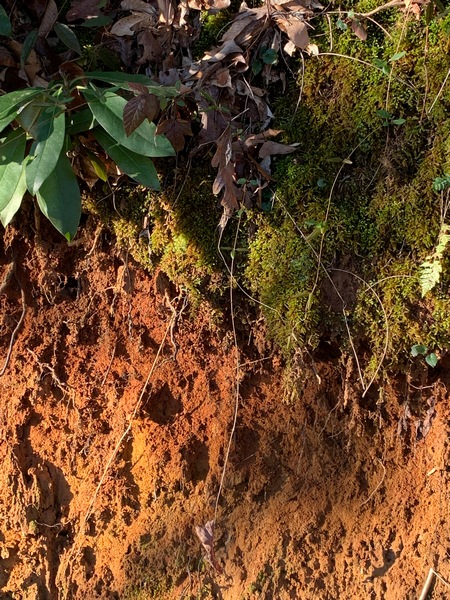 And a bit of Spring showing. 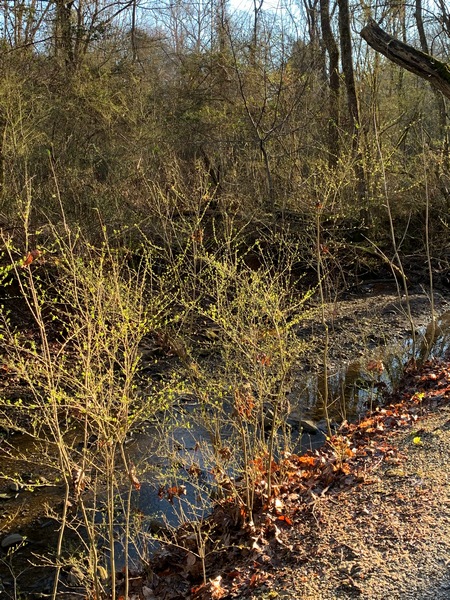 My tax appointment went well. We loved seeing each other in person after two years. She’s very nice and says things like, “Bless his buttons.” She also thought I was pretty clever to know what papers to bring and what needed to stay home. No longer armloads of ziplock bags. An older gentleman popped in during our meeting to show off his wife’s new baby quilt. He was proud as punch with it and his wife. Nice. The whole day has me smiling so far.

I am still stitching on the owl print. Few more days and I can give it a press and decide if it is worth framing.

Yesterday on the recommendation of my Tuesday lunch partner, I stopped by the furniture store to look at a bed.  Just a full size….we used to call them double beds. I told the very perky sales woman that I wanted a firm mattress on a bed that raises up and down at the head as well as the foot of the bed. I stretched out on the perfect mattress and she raised and lowered me at each end, set the massage at various intensities, showed me how the remote could also light up under the bed so I would not be stumbling about in the dark on those occasional nightly trips to the bathroom. She asked if a full size was large enough. I said yes, it is just me and my two cats. And I don’t want to be wearing a dent in one side or the other. I was ready to be in the middle. I also assured her I was all through sleeping with old men, so a full size was just fine. I picked out the best sheets they had on offer and a sensible mattress pad. In six to eight weeks it will be delivered and I can pass on the king size bed I bought for Lee and I a couple of years ago. He became apprehensive about sleeping with a woman he could not remember and with a king size I could assure him I was “way over there”.

I returned home to find a message that my dear old pal from graduate school had called from Canada. I poured a scotch in the middle of the day and settled into a very long chat. Lee made special glasses for Jo and I to share a scotch in when she visited. I keep up the tradition whenever we talk. It was a good day all round.

That is it for now. I need to sketch those framing timbers in the building sketch book.