Yesterday I received a lovely gift of two linen towels. They are from a friend in Australia who said she thought of me when she saw them….each dyed with elements of that country. Instead of using them as T towels she suggested I cut them into smaller bits to do something else with. I love her idea and her for thinking of me. Aren’t they beautiful? Gorgeous linen! 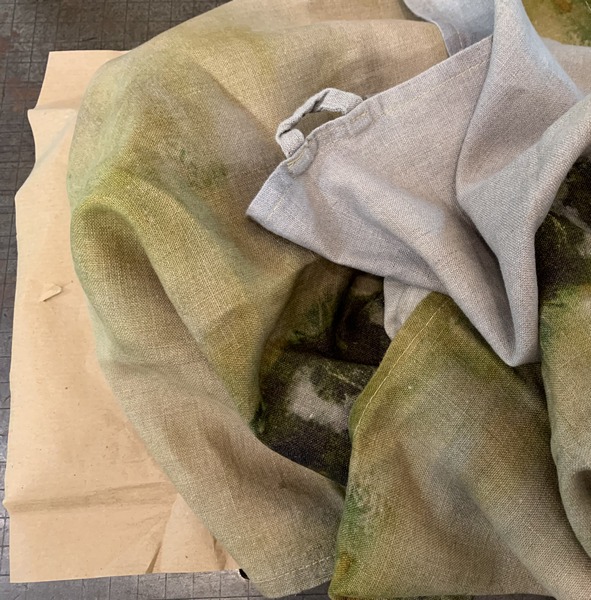 I even love the soft brown wrapping paper that I might just cut up and add to a book I am making of her sister’s postcards sent last month. It is still sitting on that messy table waiting for me to “fix” it.

But! Because I had two consecutive days in that messy studio and kept looking over at the Sandy Traveler, I pulled it onto the table. And started making changes. First off remove the boats from the top of her head, then coat her severely with Australian soil watercolors. Next gouge out the slash marks, more watercolors to fill in. Then tiny black dots for travel lines. Next cover the neck with all the tea bags collected and drunk with friends abroad. Finally a good spray of acrylic to the head and the addition of more collected bits to each side.  One boat returned to the scene.

Today I finished her up and am quite happy with it. Here is a view from the right brain side. 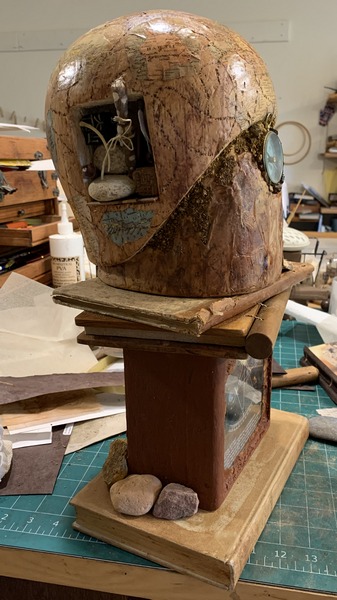 And the left brain side: 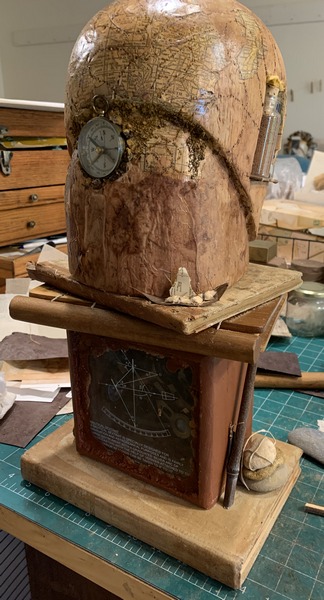 Here are some details:

Right brain loose collections…just pick it up and take home. 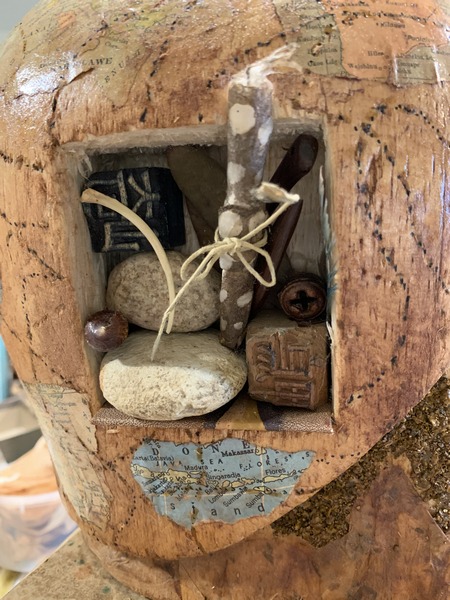 Left brain, the need to organize the collected bits. 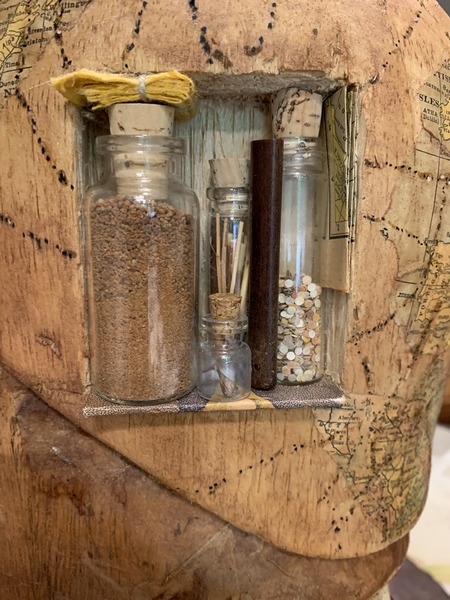 The compass in the front surrounded with soils. 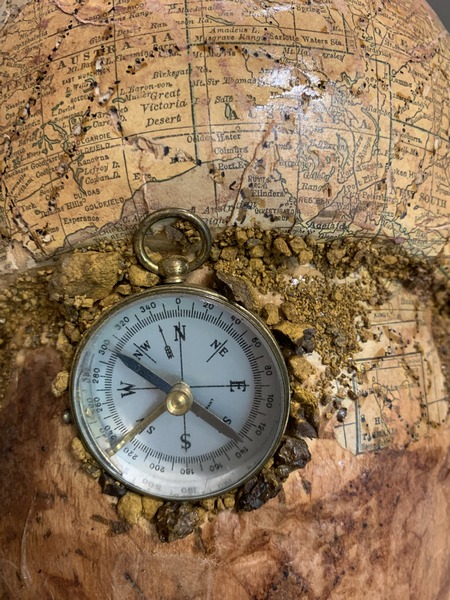 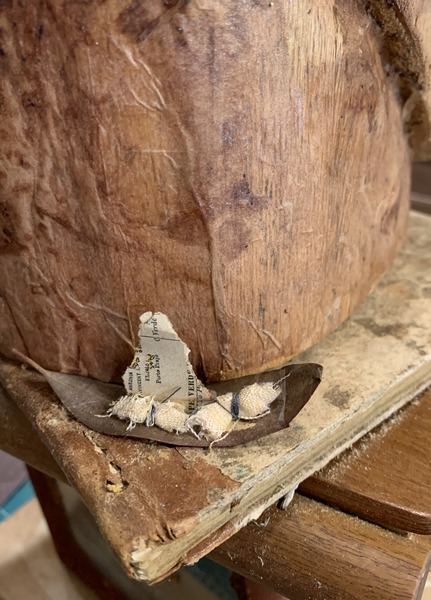 I am satisfied with this piece and glad I listened to it this week as it begged for my attention. 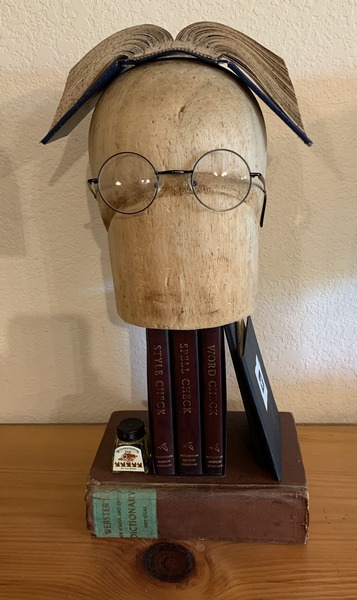 I will return to the dormer idea that I used with the Sandy Printmaker. Each side will have one attached to her head and the open dictionary on her head. The right brain will likely be wadded up yellow dog papers with stubs of pencils whereas the left might just get tidy blank pages or very short poems. This one will be fun to do and fairly easy I think.

Then only one more…Sandy Homemaker. It will be the hardest I think. I would love the left side to have a drop down table perfectly set for a dinner party. More engineering will be needed but I am up for it.

My caregiver company is working hard to find just one person to look after Lee three times a week instead of two with last minute substitutes. It bothers me more than him because he just likes someone different to talk to. And he forgets who they were as soon as they drive away.

I just want order….my left brain is trying to take over now that I can’t use my right side so much.

Right now I might just wake him up to read our latest mystery…The Silent Patient. Supposed to be quite the thriller. Then it is deep into a book about preserving the world’s largest owl along the Russian border. Talk about diverse reading. After that an English country novel.

And one last final word on those British 50s series. The clothes! How do they find them all? And in all the sizes needed? And the hero’s hair. Smartly parted on the left so that those waves flow off to the right and the back almost shaved to just behind the ears. It is a very tidy look….the way any decent poet would have his hair cut. Enough. We are near the end of Grantchester. Oh, and those trousers with suspenders, most appealing….fedoras placed just so and ties about one third the length of Trump’s. The 50s and the Brits make brown a desirable color.