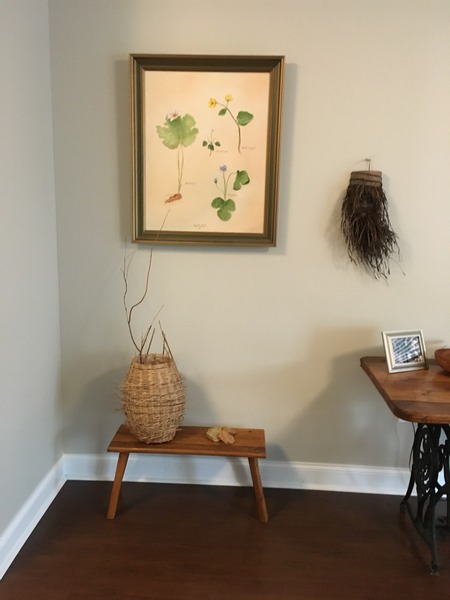 Last minute additions to Lee’s room this weekend. A bench he made to match another one and stand at the foot of twin beds in our guest room. On it sits an Ankaret Dean basket I bought from an exhibition in Canada in 1988. It holds one of the last sticks he collected from the yard. He picked out three rocks from his lines to give to Barbara not knowing they would be placed in his new room. The bamboo head that was going to be on the door to his room was moved to inside and a small bundle of sticks now marks his room.

This past weekend was hard. Even with the sun on Saturday he was angry that he was not going yet. He was afraid he missed the guys who would help him get to Detroit. But we kept busy. 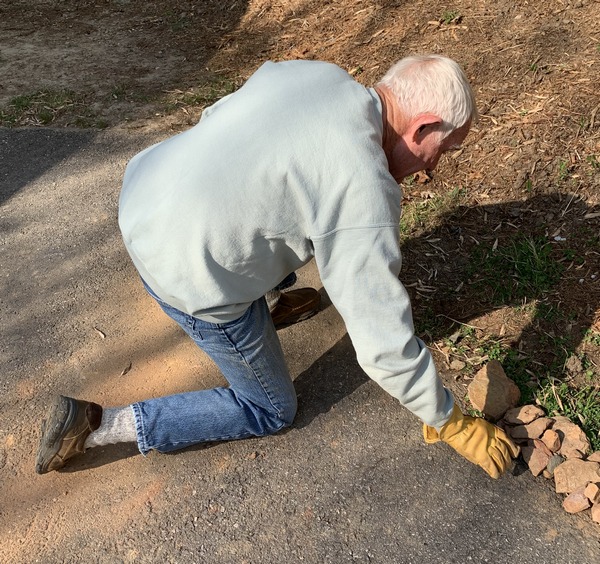 Sadie stayed close to him. 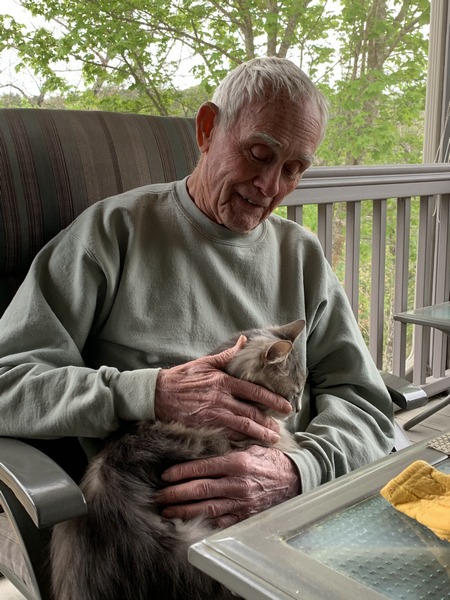 We walked the trail one last time together. 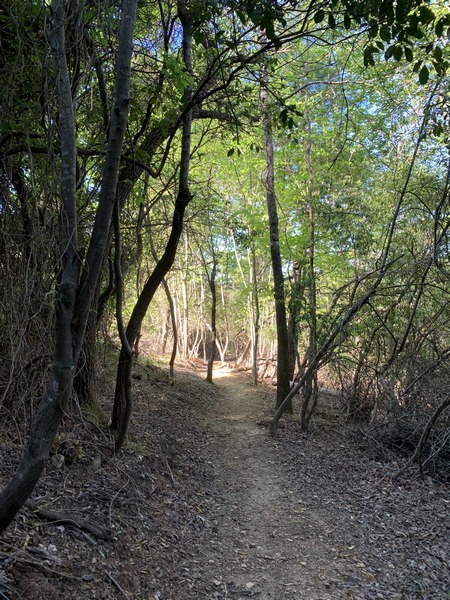 Every last item that was important to Lee’s daily life was smuggled into the car this morning and I told him it was time to go meet the men who would know how to get to Detroit. The rain was horrendous going down and he wanted to give up and just go back home. I kept the chatter up all the way and said the rain was worse if we turned back. When we arrived they came to the car to take his temperature and bring him in “for a walk” with the nurse. I did not want to run into him again after watching him walk away and telling him I just needed to do some paperwork. A friendly caregiver took the bag of his postcards, a plastic bag with his brush, shavers, coffee mug, blanket and a few more clothes.

The adjustment is not going to be easy. They likened it to when a child is dropped off at Day Care…both of us are anxious and he has the added burden of total confusion.  They suggested I wait a few days at least before going down to see him.

They will call me in the morning with an update.

I cashed the thoughtful check for an expensive single malt scotch. The costliest one in the store waits until 4:30 this afternoon. 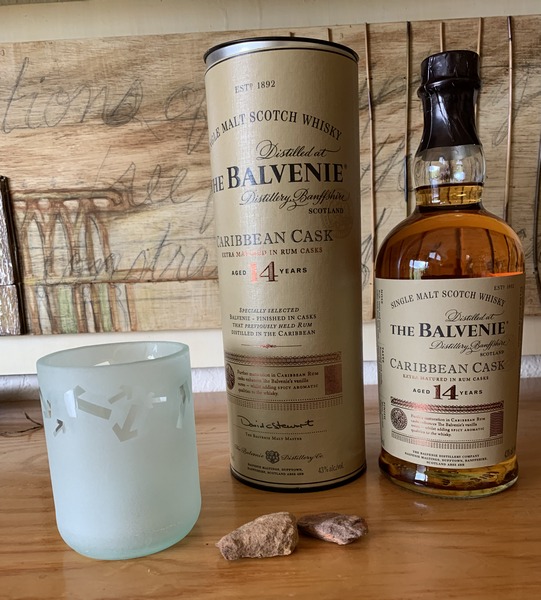 Til later when he gets more settled and I don’t feel like I am trying to breathe through cotton balls.