The building is quickening. Now the garage lights and door have been installed. And this morning when I went over, the screen porch has been finished. 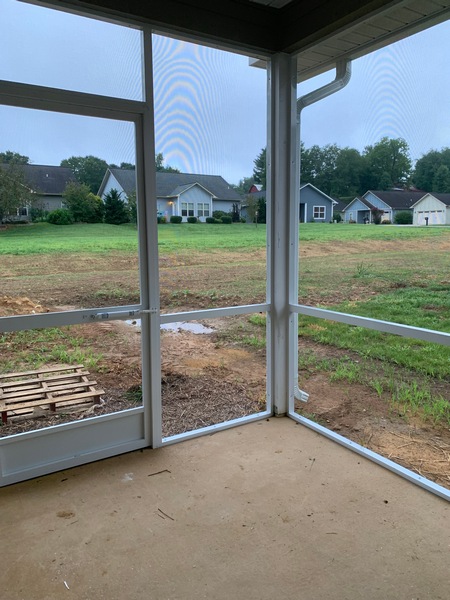 The landscaper will get on the job later this week. This morning the builder told me that the shower grab bars, glass doors, towel bars and the mirrors I took over will all be put in. 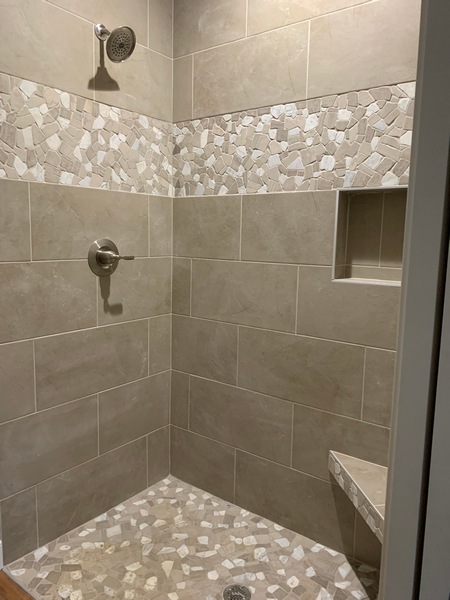 Not much more to go as far as I can see. The beautiful gas double oven is still in the box….maybe tomorrow.

I have been so busy here with the last of the packing. There is nothing left for me to do downstairs. 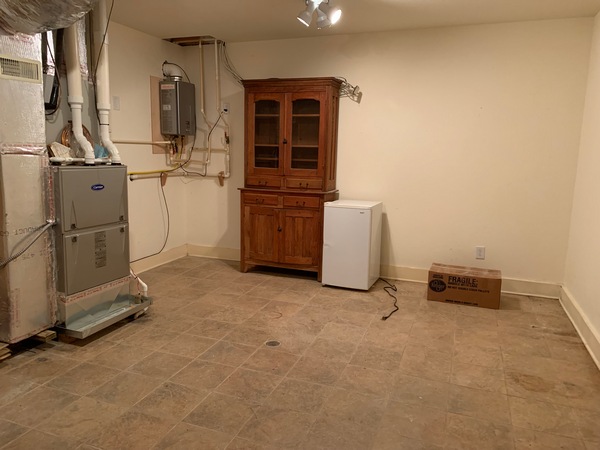 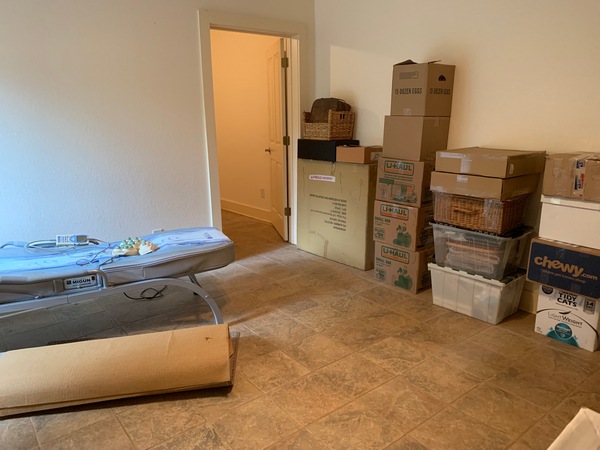 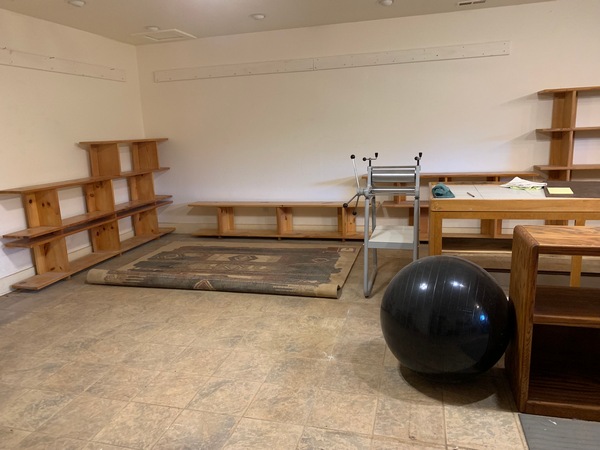 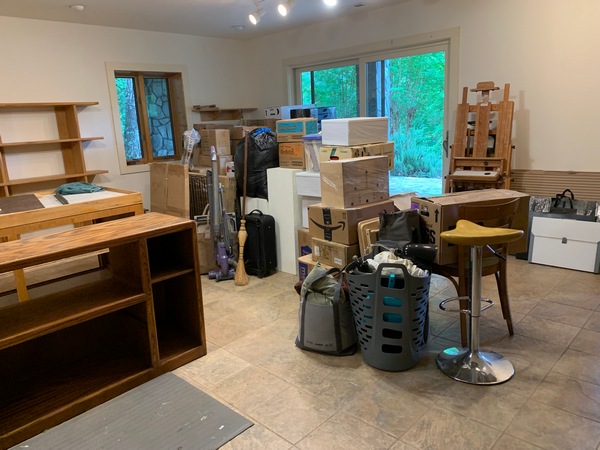 I have one more rug upstairs to clean with baking soda but will wait until the cats are dropped off at the vets. So much cat hair!! There are just a few things in the pantry and cupboard to pack up. Most of my clothes from the closet went into garbage bags to haul over. Two small weekender suitcases will hold the rest of the things I will need to stay in a friend’s apartment until I have been given the okay to move in with my things at the new house.

This morning I called the movers to make sure we were still on for a week from today. They told me that anything I don’t already have in boxes they will carry out to the truck. They also will unhook my TV, pack it and place it where it goes in the den. They would even hook it up if I wanted. And the big thing is they plug in the refrigerator and connect the water line. They also will install the washer and dryer. Such a relief to have that all taken care of. For the twenty minute drive over, I can take the food from the refrigerator and not have to toss it out. They will roll the rugs and make sure they are placed first in the house before furniture is taken in. And best of all, they arrive at 8 0’clock in the morning! The whole day to get it all sorted.

This week I received a call asking if I would like one of my late student’s pieces of art work. She is the one who did so many pieces based on the Old Testament. Rather than go for one of them, I was given my favorite piece she did of the many anti war works.  We shared that as artists, making work about the futility of war. This is her piece titled, Cope. Two left feet from dolls attached to an old military pouch that looks like the innocence of a child in breeches, standing in a pile of spent bullet casings…several holding rolled up pages from the old testament. The small book sits below with a metal cover that says, “Cope”. I love it and am thrilled to own it. 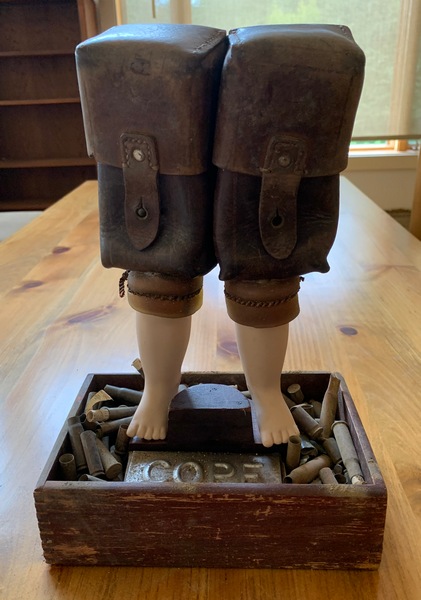 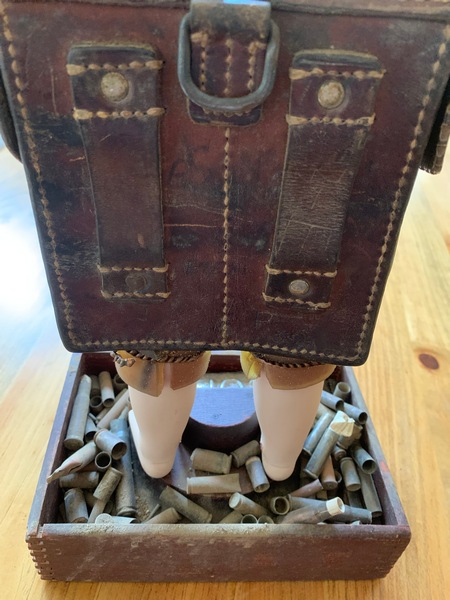 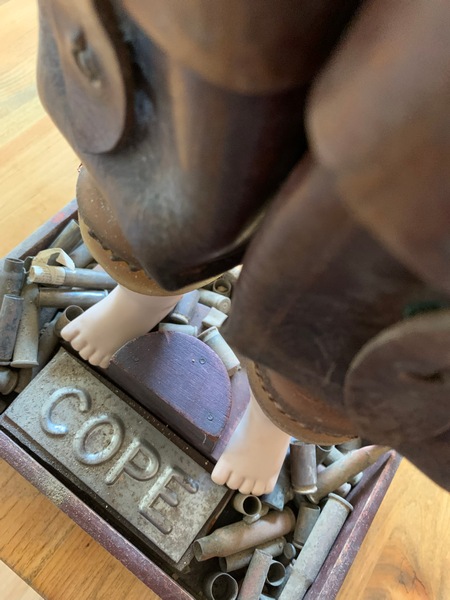 Lin had the best things to work with.  The feet straddle a small foundry mold placed into an old wooden box. Dirt from where she sourced the casings settles into the bottom when the bag of spent bullets are poured around the feet. And just the word, cope, is so powerful as I adjust to changes in my own life.  I have always kept a picture up on the wall of Lin working in my studio. I think I will fold it tight and slip it into the back of the book, Cope.

Speaking of books, I am trying to keep up with all the additions to the new house. 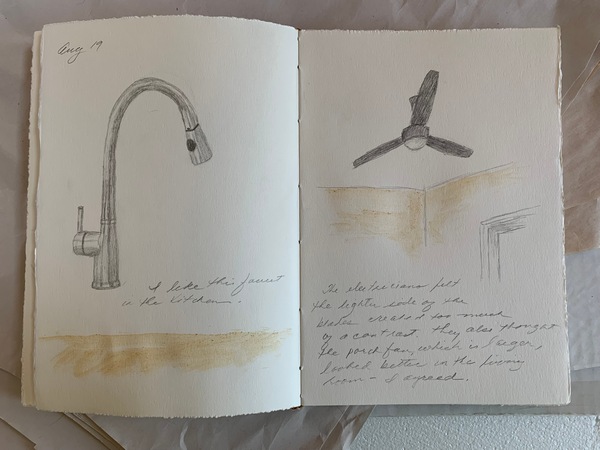 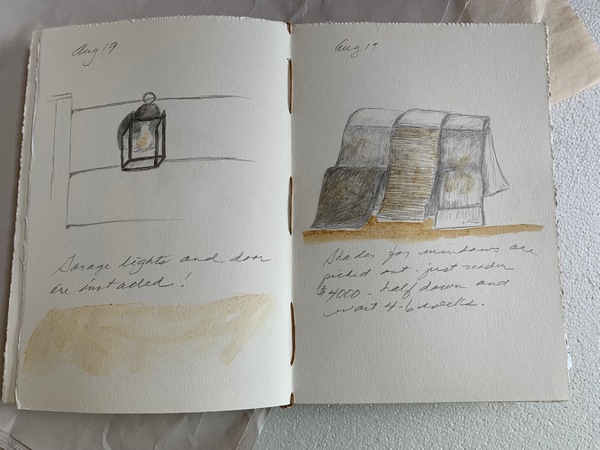 The past couple of days I have been watching home makeovers programs on Netflix. At first they looked nice, fresh, clean. And then after a while all the makeovers looked similar…soft blue or grey hues against white walls. Then on every shelf or surface of any kind the decorator carefully placed things from her own warehouse of endless objects. It occurred to me that none of these homeowners appeared to have belongings of their own. There were no “stories” on the walls, sitting on shelves, or put within arms reach on a coffee table. It was all picture perfect…ready to be photographed for a magazine I suppose.

Anyway I did not pick up any tips except I think I would covet some of those ever so fluffed up pillows on the bed. I will check on Amazon once I get settled.