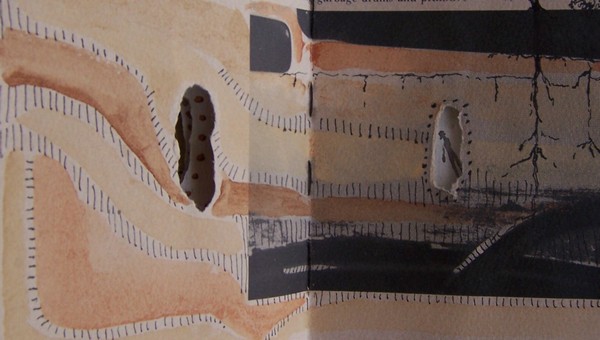 This is a double page from my sketch book made from an altered old library book on traveling Australia. It now resides in the Queensland State Library Artists Book Collection. Every once in a while I hear from someone who asked to peruse it. It is nice to remember that visit to Lake Mungo and how so many of us were there to make some sort of recording of our reactions to such an extraordinary place.

So today while looking through the images of artwork, I selected a few of the pages to show here. 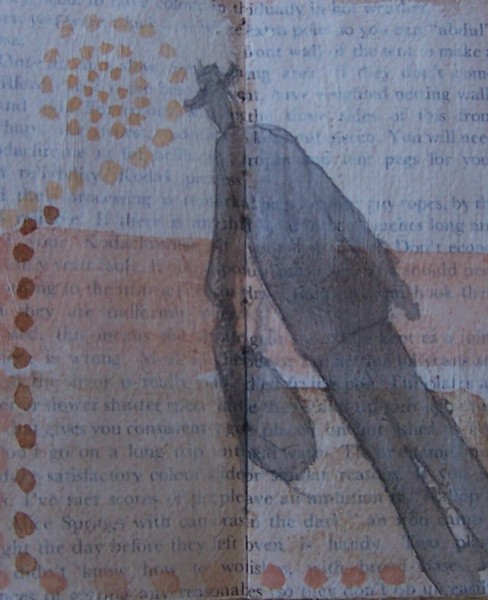 I used the soils of Australia that had been turned into watercolors to mark pages as well as my trusty travel watercolor set. 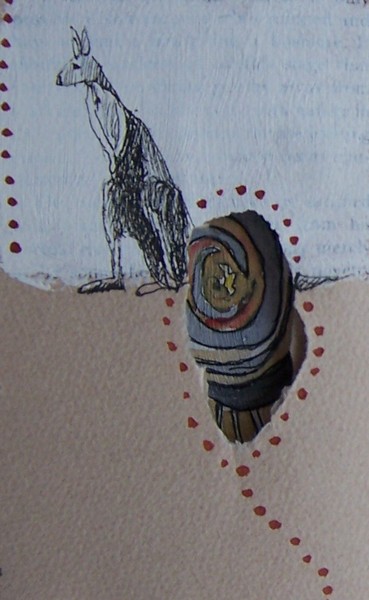 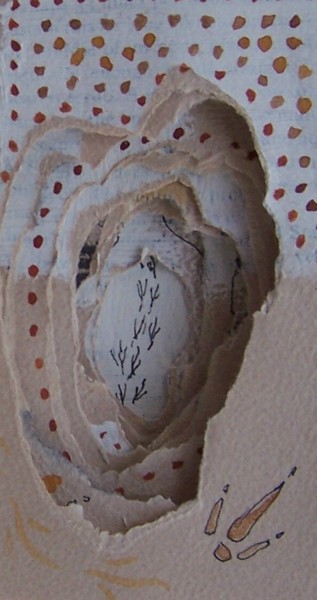 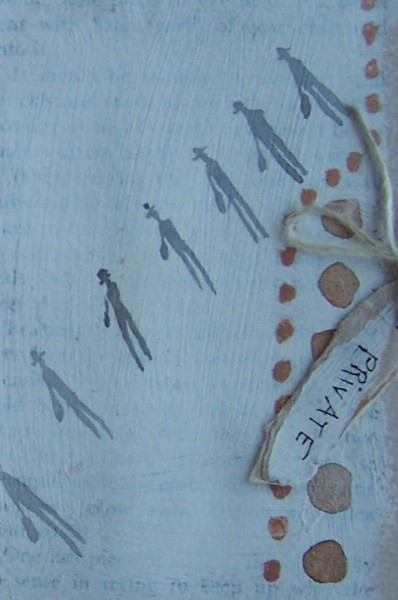 I tied the last few pages closed and labeled them “private”. I remember that in those pages I wrote about the “Imposed Sacredness” that people assign to places that really are just places that developed through time and circumstances of Nature.  I do not know why there is such a need for people to name something in order for it to exist and have meaning. Silly really.

I put this next image in from the book just because of the wrapped wire drawing on the left. 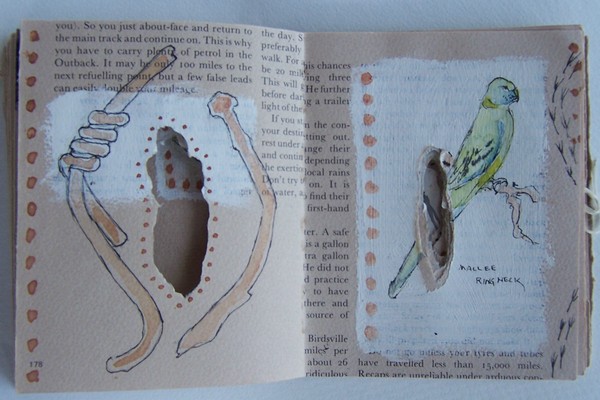 It became the “handle” for opening a portfolio that I titled “Imposed Sacredness” that was exhibited in 2009 with other artists’ works on Lake Mungo. 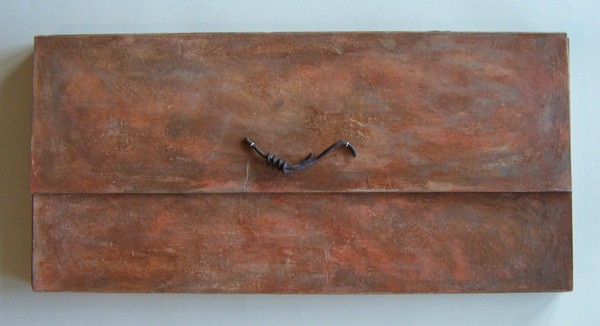 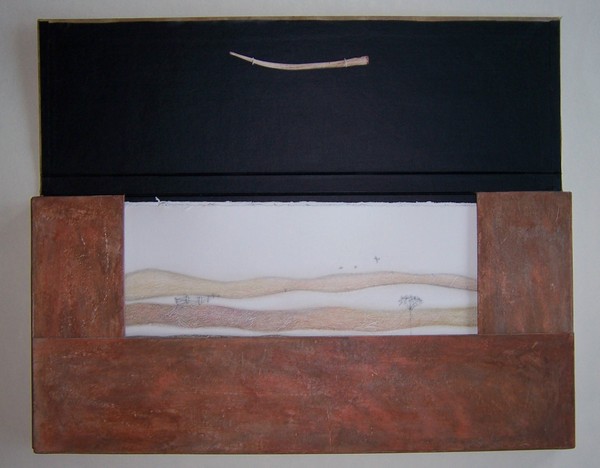 I made six collographs with graphite drawings in an attempt to capture the essence of that place. Here they are in the order they appeared in the case.

The piece sold during the exhibition and then sold from that buyer to another person who was a student, friend and inspiration. I hope she passes it on to someone else.

I impressed a sheet of masonite, still wet from layers of gesso, with bits of cloth, sticks, whatever would make a permanent mark. Then the large piece was cut with a band saw into several strips with wavy sides.

They went through the etching press with dampened Rives BFK paper and heavy felts.

I liked how the embossed sheets gave a sense of buried land and the life that lives above it. Apostle birds are something I could watch all day, the way they busy themselves minding one another’s business. Not one can get away from the others for more than a minute without the others following and badgering him to stay in the group.

I still have those collograph strips. Maybe I should use them again and capture the depths of where I live. And then what?

That is the question that keeps coming up each time I think I should do something over there across the hall in the studio. A studio all cleaned up from the holidays for the art group meeting last Sunday that is now postponed for two weeks.

Here is an idea. Maybe I should get a very long but narrow strip of paper and every day draw something from here. Just a flow of images. Then maybe roll it up tight and put it in a bottle, a wine bottle. And then do it again, and again…..

I will start by cutting a long strip of thin kozo and then see where that leads.

I can do this. It will be easy. Almost as easy as getting an empty wine bottle.

By next week I should have something to show you.

Now I am off to check on Lee and see what he would like to do next.