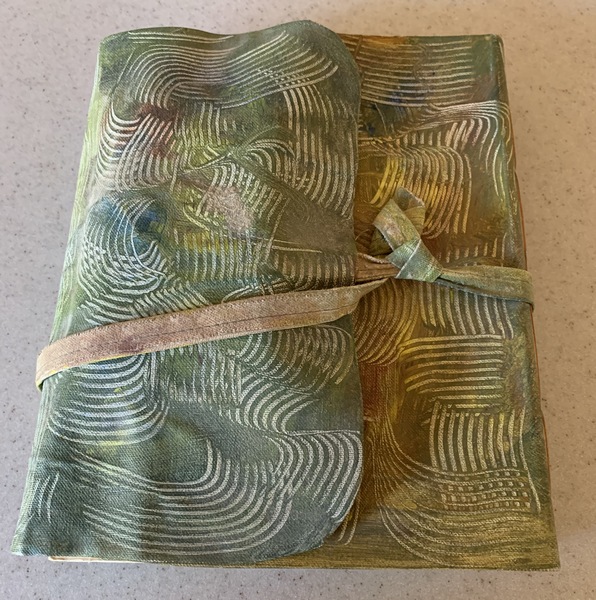 Here it is with the first group of drawings dated 2009. That must have been when I made it. It was designed to take with me to some place away from the studio. I had some canvas material that I used acrylic paint to surface design. Then fitted that fabric over a card stock(probably large file folder) to cover the outside and inside. Plus the added pocket to hold my set of watercolors, pencils and brushes.

The spine shows the several signatures stitched in with the idea of being removed and replaced when necessary. 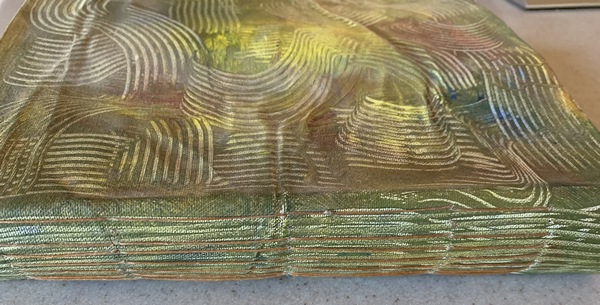 I am sure the papers inside are drawing paper that I had in abundance because I bought an entire roll of it many years ago. I used a nice brown paper to separate signatures. 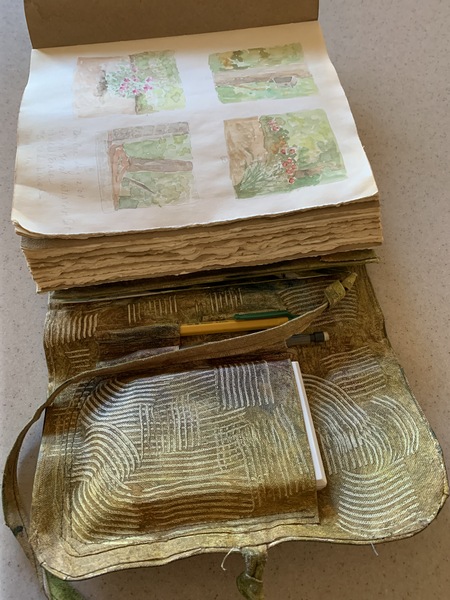 It wrapped over with the flap holding the pocket for paints being the part that the strap was anchored to tie around the entire book and tuck inside itself. In the back were large pockets to hold extra supplies and additional notes to myself on ways to improve my practice. This one had a velcro closing. 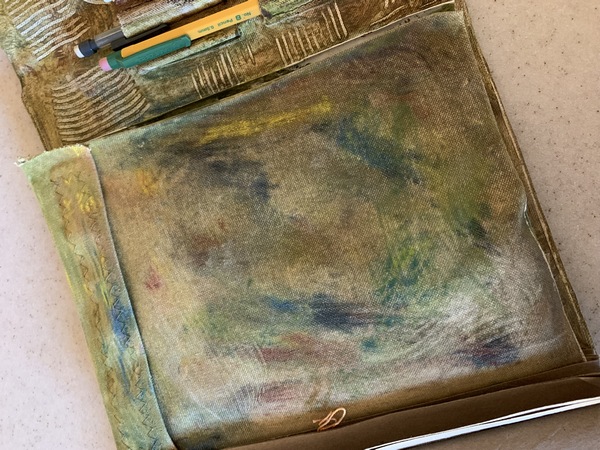 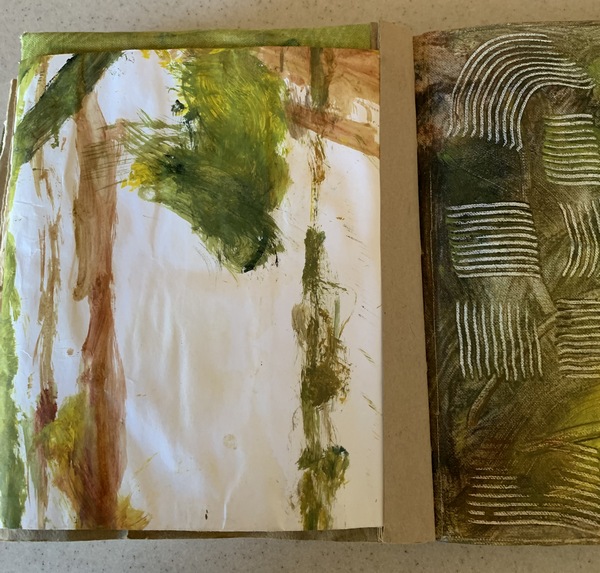 I used up the excess paint to color the pockets. Here are the paintings/drawings/sketches. I was starting out using the view finder kept in a pocket to isolate sections of the yard outside my studio. 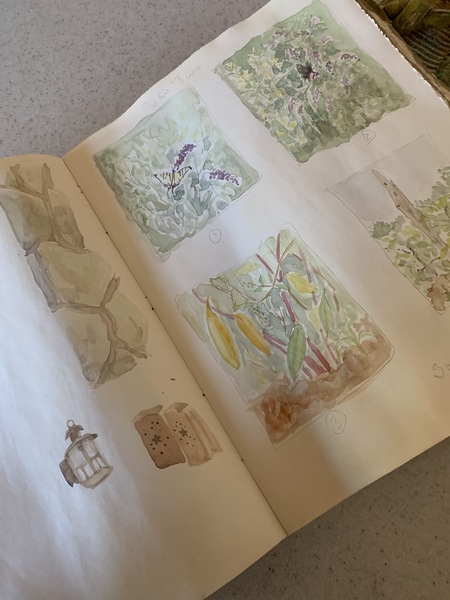 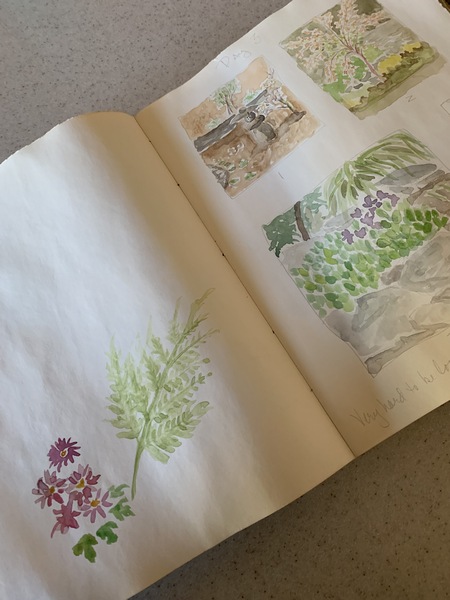 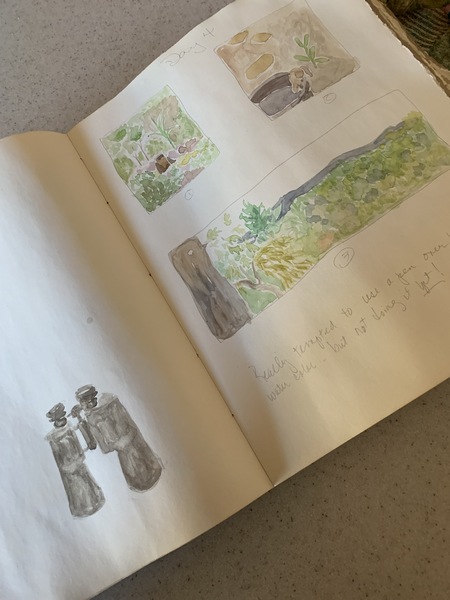 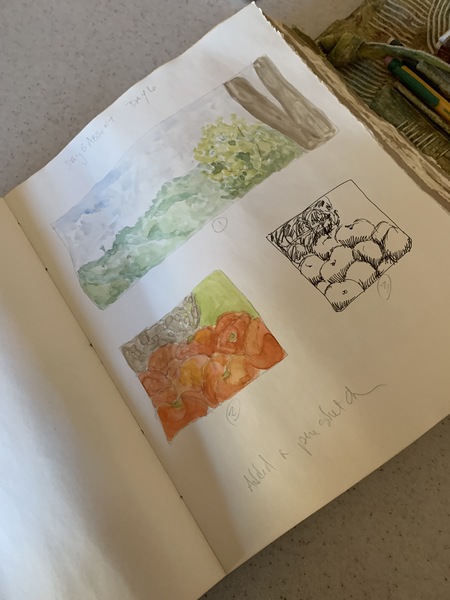 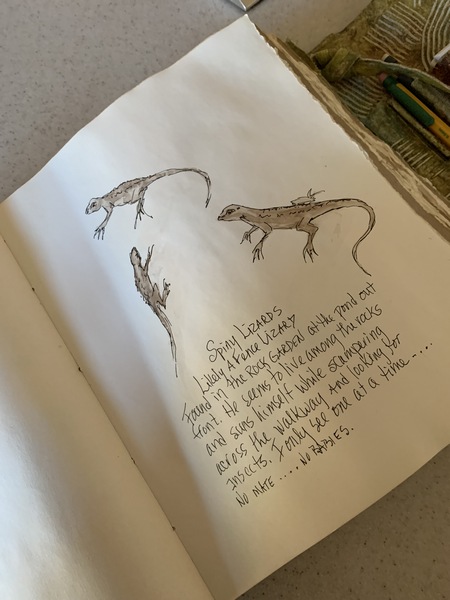 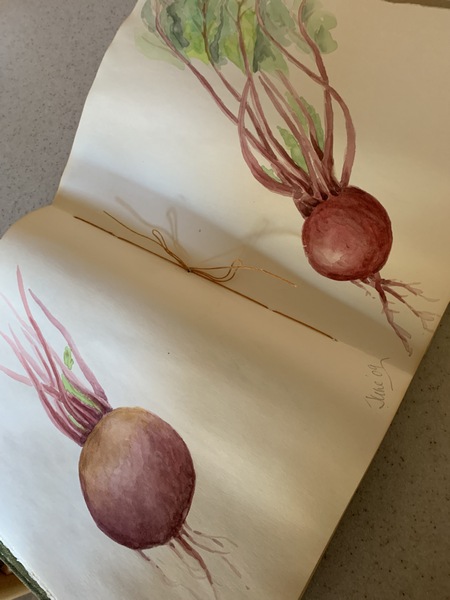 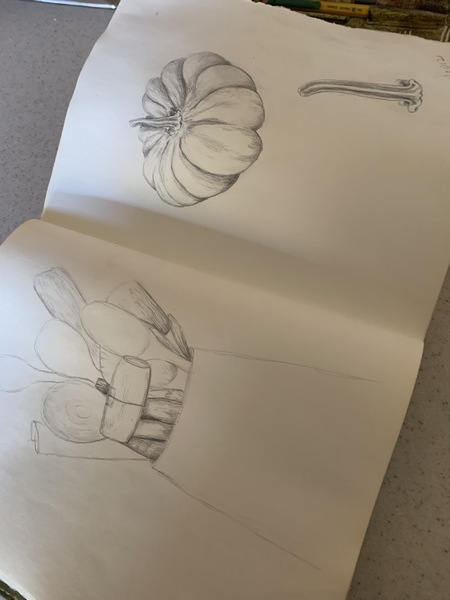 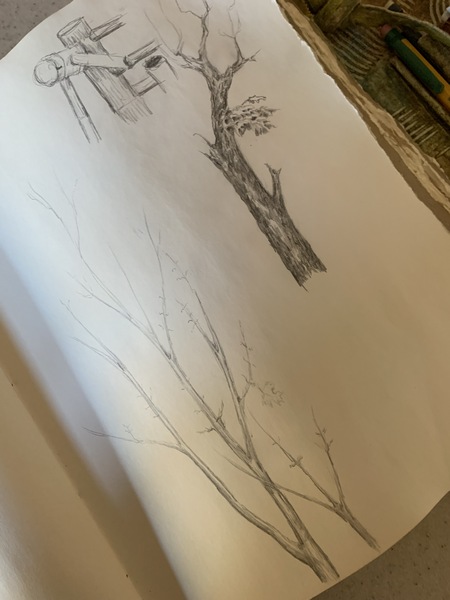 These last two in graphite were done in 2013…nothing since in this sketchbook but I would like to do more.

Today I photographed the many turkeys outside the window. 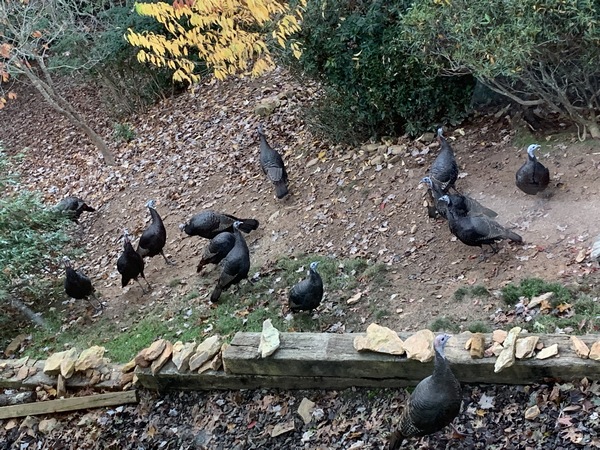 Added to the Bird Stories book following suggested lines made by the rusting stains and a bit of imagination. 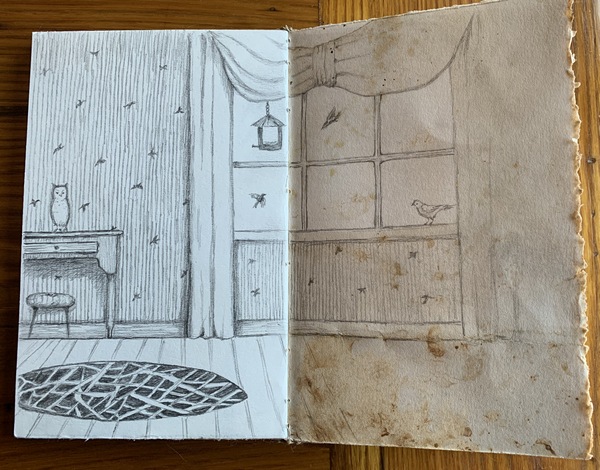 And this beautiful view from the front door side window. 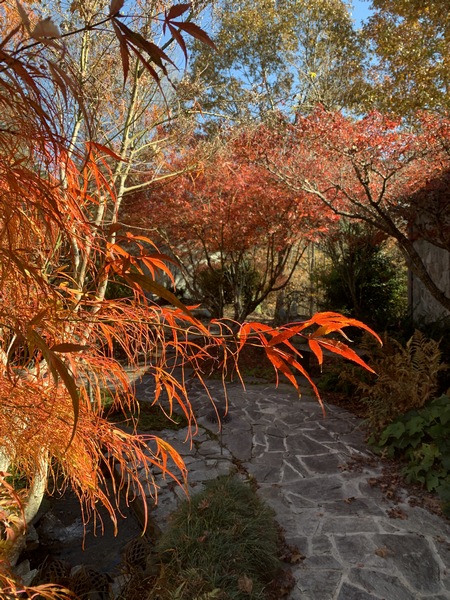 And from the dam and riverwalk these past few days. 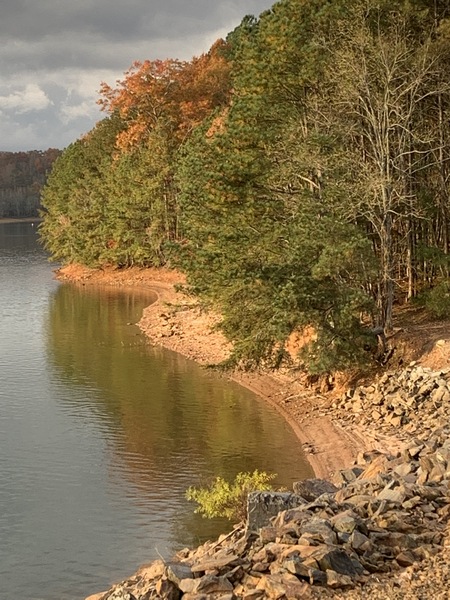 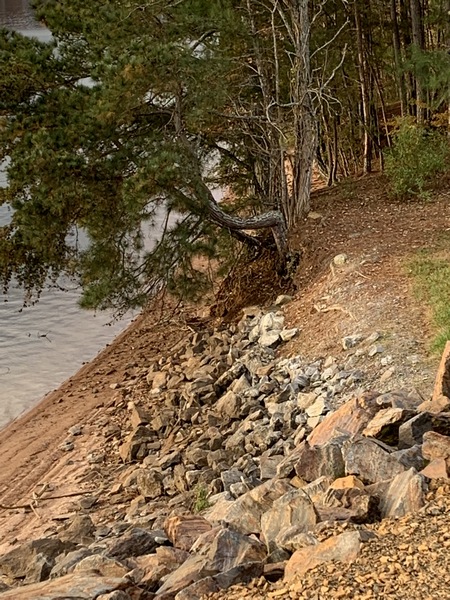 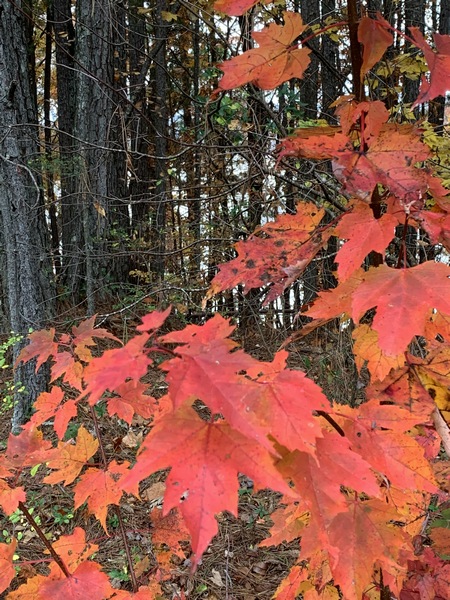 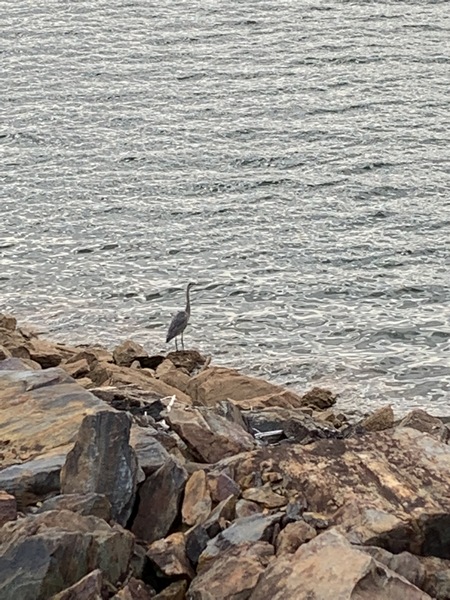 And this poetic gesture of someone bringing the old stump at Riverwalk a small rose. 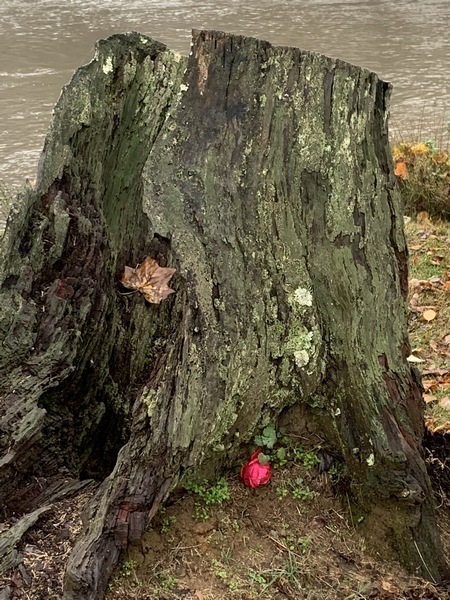